Why you have to do Tel Aviv’s Vegan Tour! 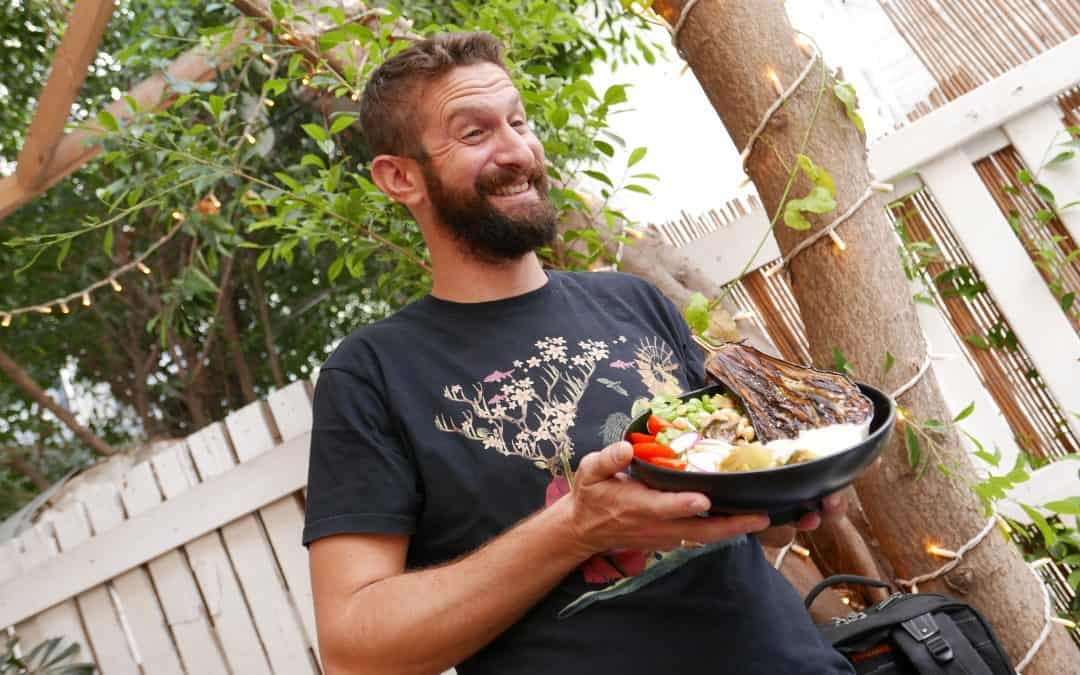 You know it’s going to be a good tour when the only rule you are giving from the start is ‘if there is food in front of you, eat it‘. I was really intrigued by Be Tel Aviv’s newest vegan tour. Having recently moved to a plant-based diet myself I was excited to try some new foods. There was also some slight hesitation when signing up though. As someone who is quite sensitive to the issues surrounding veganism, I was worried this might be an attempt to shock people into conversion (something I don’t agree with).

From the start through our guide (and owner of Be Tel Aviv) Eviatar made the intentions clear. ‘There is no judgement here. We are not trying to turn you vegan. This tour is just a celebration of vegan food‘. Sounds good to me! 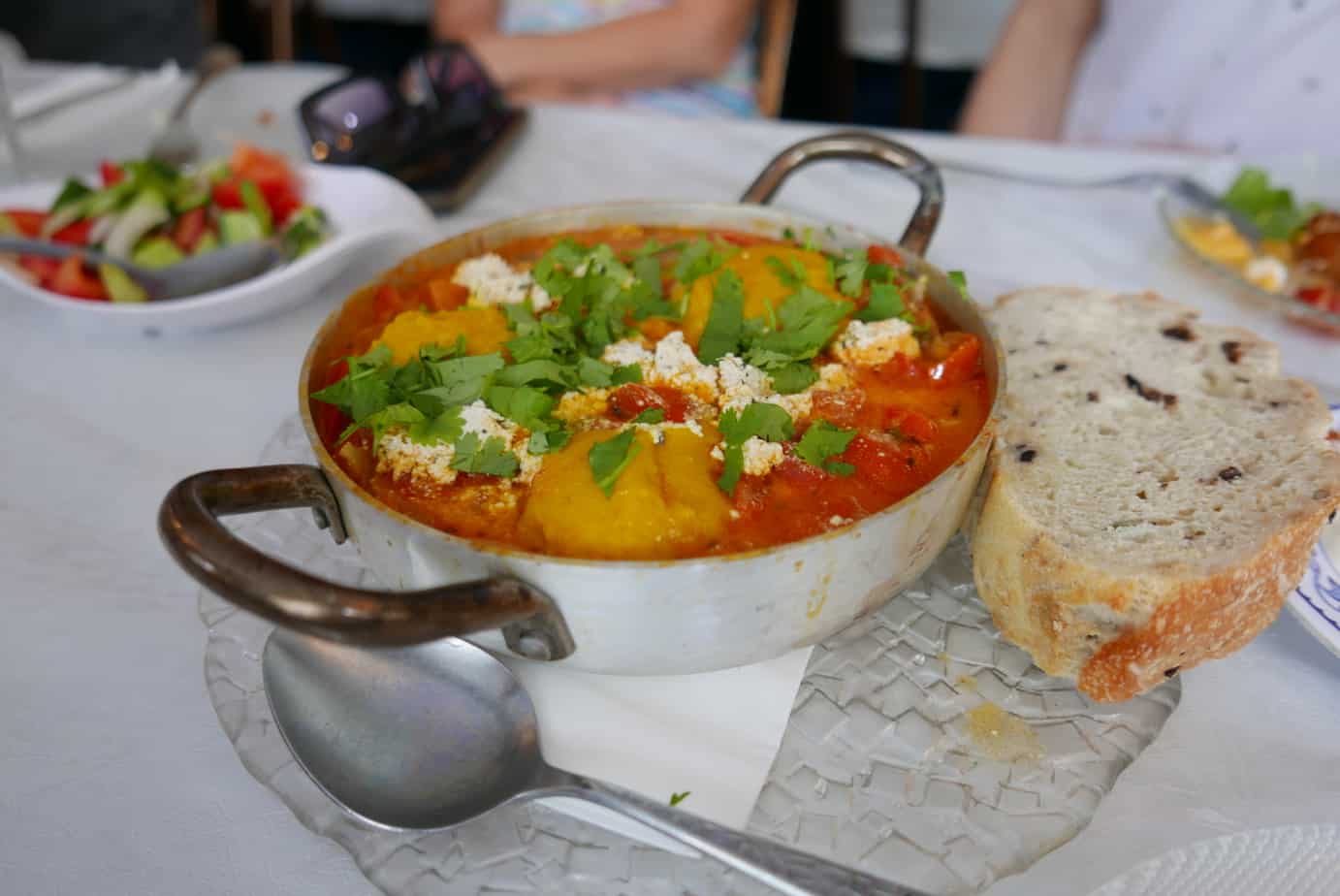 The vegan scene in Tel Aviv is hard to miss. On every street corner, you can find an animal-free restaurant. But I’ve noticed this spread beyond the city to the rest of Israel in recent years. Most restaurants now have a dedicated vegan menu.

Israel is believed to be one of the most (if not the most) vegan countries in the world. I love that it was also recently declared to have the most vegan army in the world as well.

Our tour group who came from all over the world – Norway, America, Israel and the UK – discussed why this might be. It was hard to pinpoint exactly. But we all agreed that the fact that Israelis enjoy good fresh food and that their diet is predominantly plant-based anyway definitely plays a part. 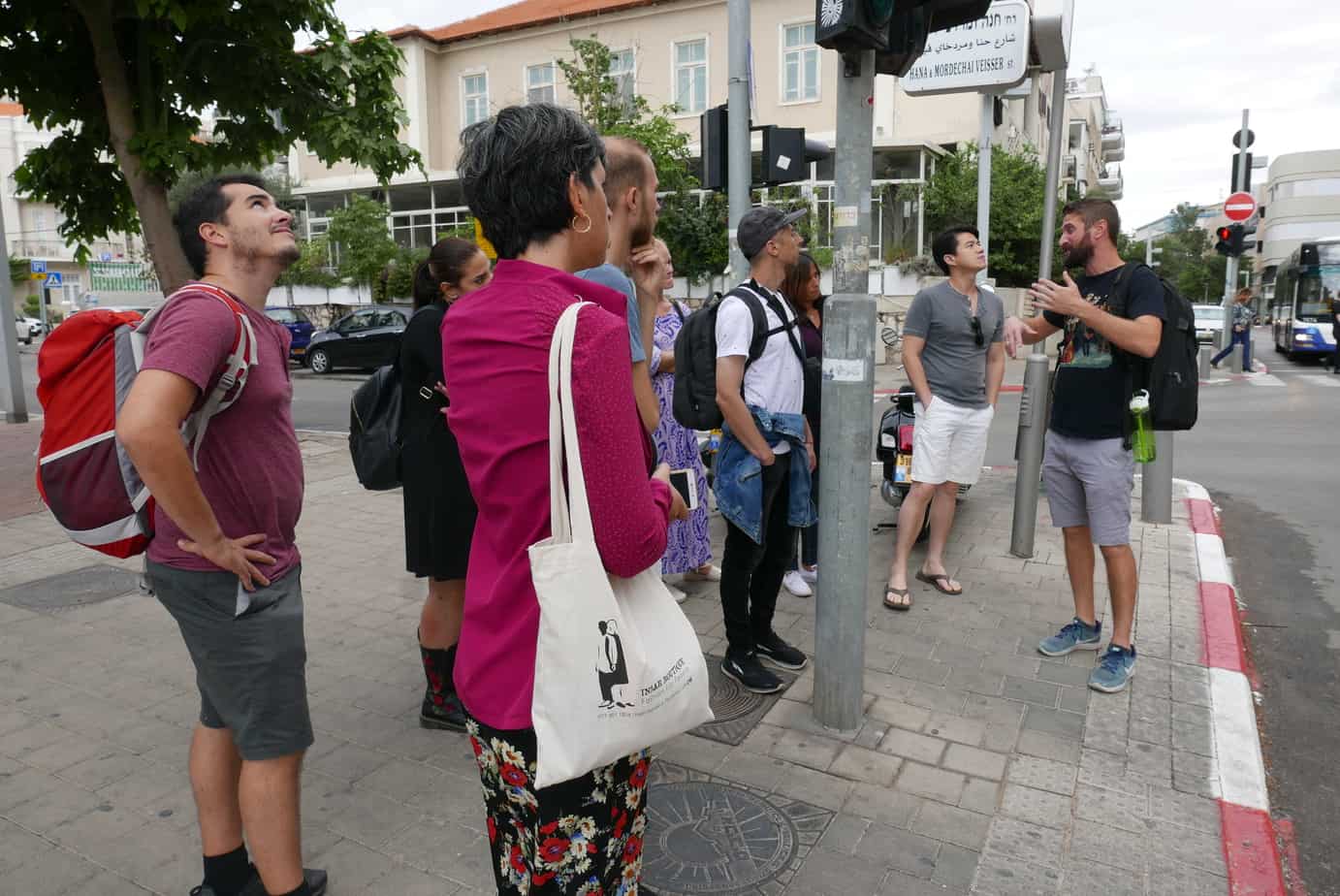 The tour took us to 3 different restaurants. In each, we sampled a main and a side and the last also included sampling 3 deserts. We’d already been pre-warned to arrive hungry! 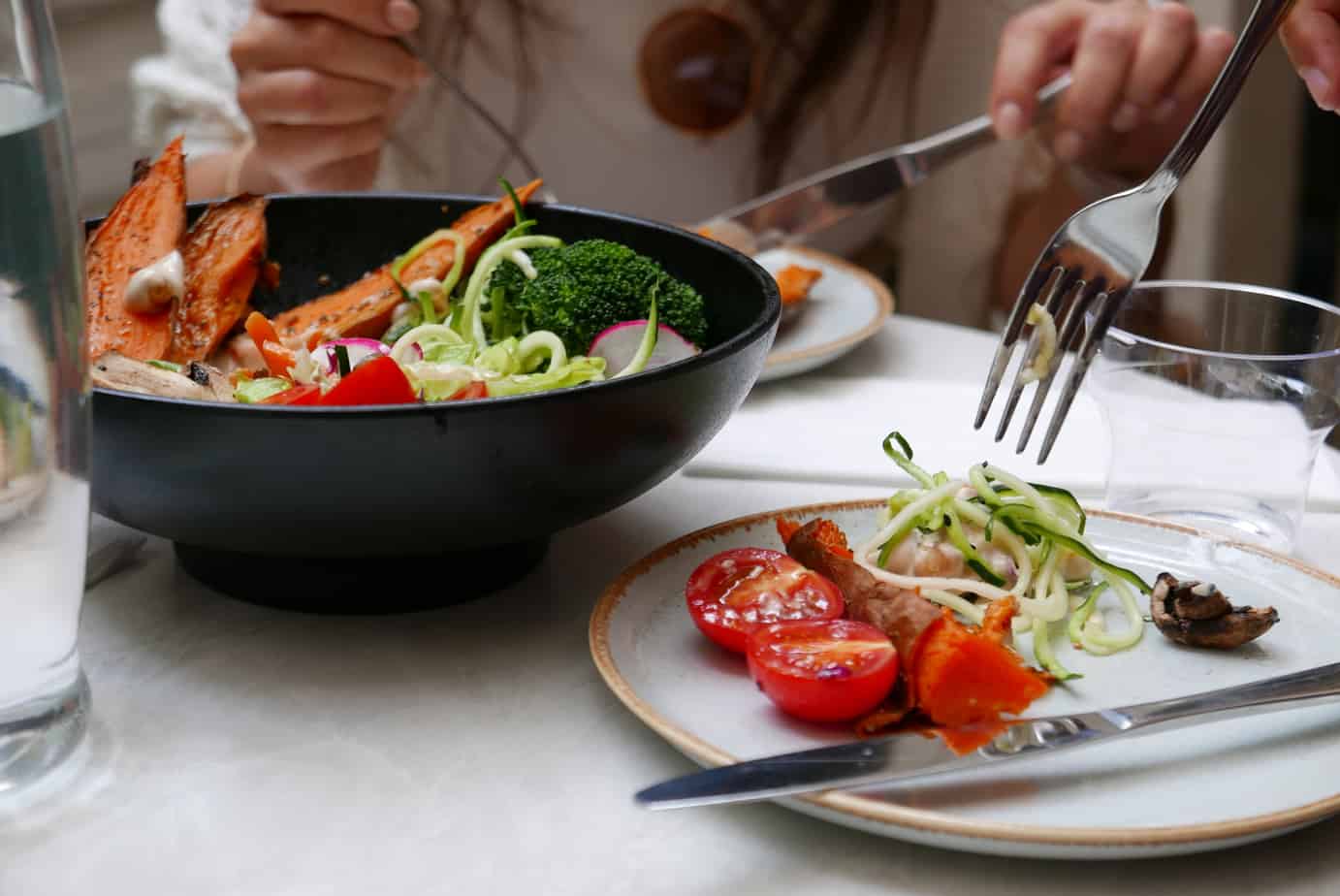 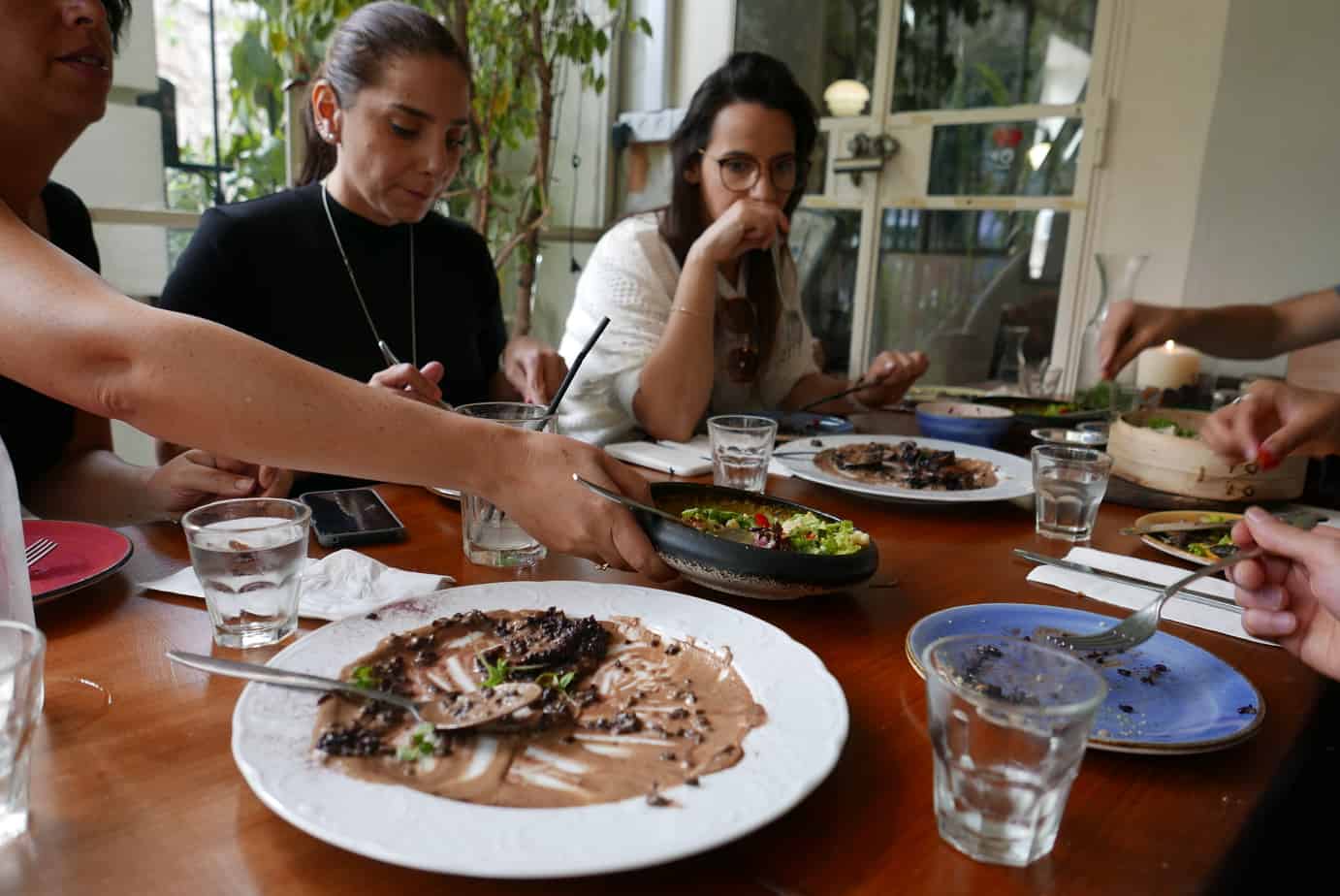 Each restaurant had a completely different vibe. The first, Zakaim, was served typical Israeli dishes, the bread and sauces all made from scratch at the restaurant. The second, Citizen Garden, felt like a trendy cafe serving complex super bowls combining different flavours. And finally, Meshek Barzilay was a fancier place with the dishes beautifully presented and very flavoursome.

What struck me most was just how different each dish tasted. Eviatar told us he wanted to break the misconception that vegan food isn’t tasty or to a high standard. And he did just that. 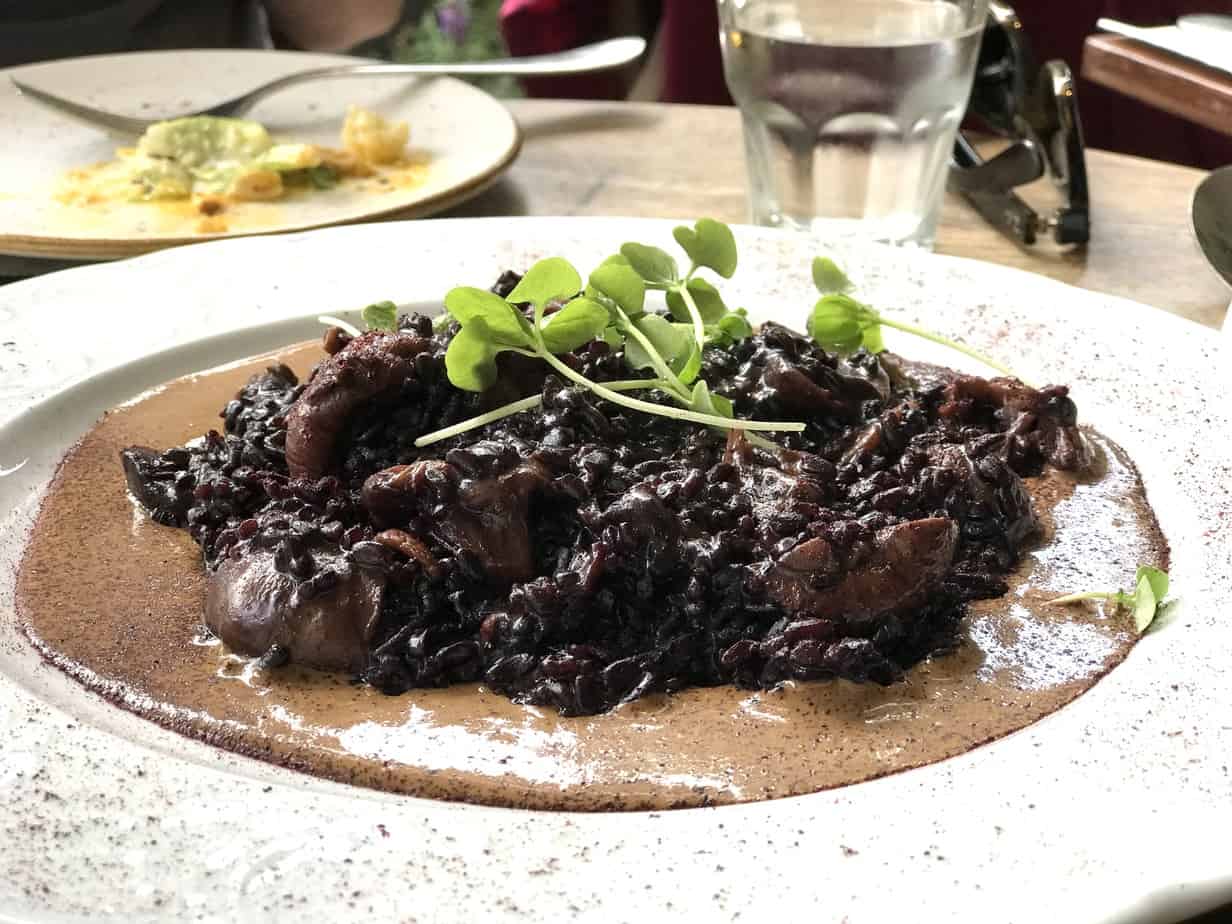 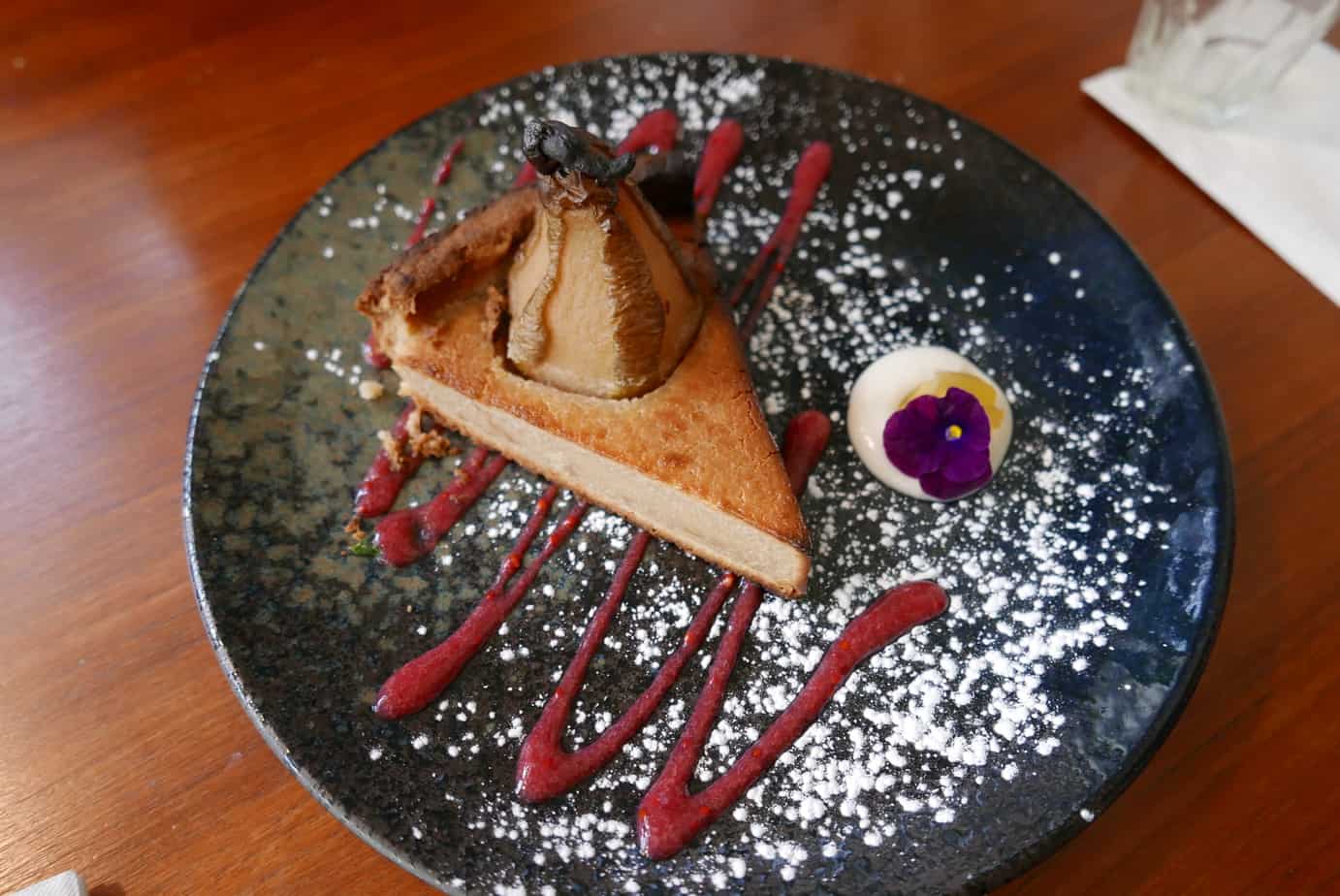 I was really impressed with this tour. It covered a good range of topics surrounding veganism and brought a nice variety to the table. I left feeling very full and with a positive mindset. Although already a convert to veganism food, I was surprised that it changed my perceptions on what is possible with this diet. Especially when it came to deserts. They were incredible! 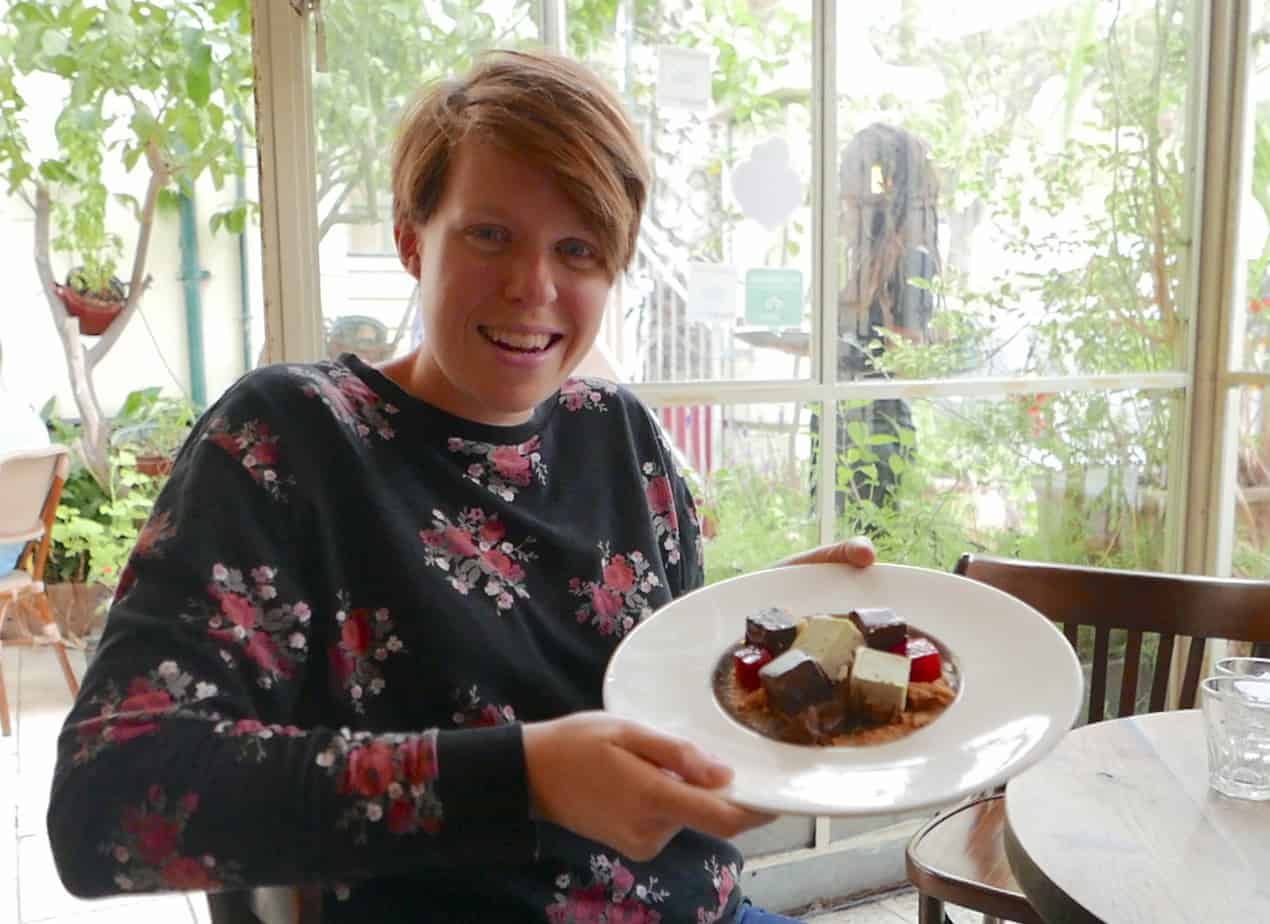 The tour runs throughout the week costing 189 NIS (around £40) and can be booked online. If you are doing a tour on a sunny day, I’d recommend following it with a lazy afternoon relaxing on one of the many Tel Aviv beaches!

If you are organising a trip to Israel make sure you also check out my other guides: 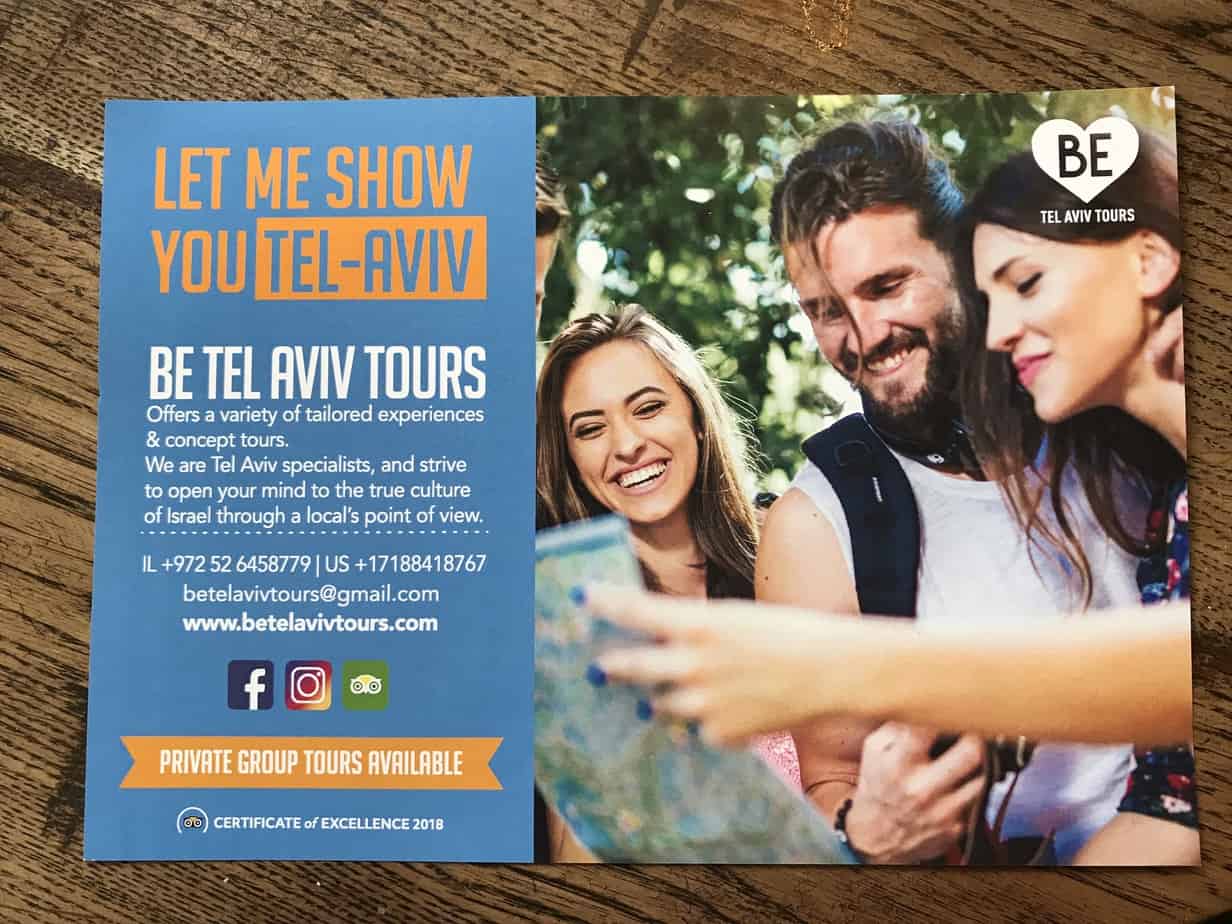 I was invited to join this tour free of charge in exchange for blogging about the experience. My opinions are always 100% honest and there is never any agreement regarding what or how I should write.