Dear adventurers, Please stop pretending everyone can do this

It’s strange to think that 2 years ago I didn’t even realise a world of adventure even existed. A growing community of people wanting more adventurer in their life. I probably wouldn’t have believed it if you had said there were even individuals who were earning a living from going on expeditions and sharing it with others.

And yet here I am. Doing just that.

March 2016 I went to my first adventure event, Night of Adventure. I had already decided before that point that I was going to hike the full length of Israel, but this event opened my eyes to other opportunities. I studied the speakers and their websites with fascination and admiration. I so wanted to be like them! To have a blog that I could write my ideas on and to one day entertain an audience with my own tales of adventure. 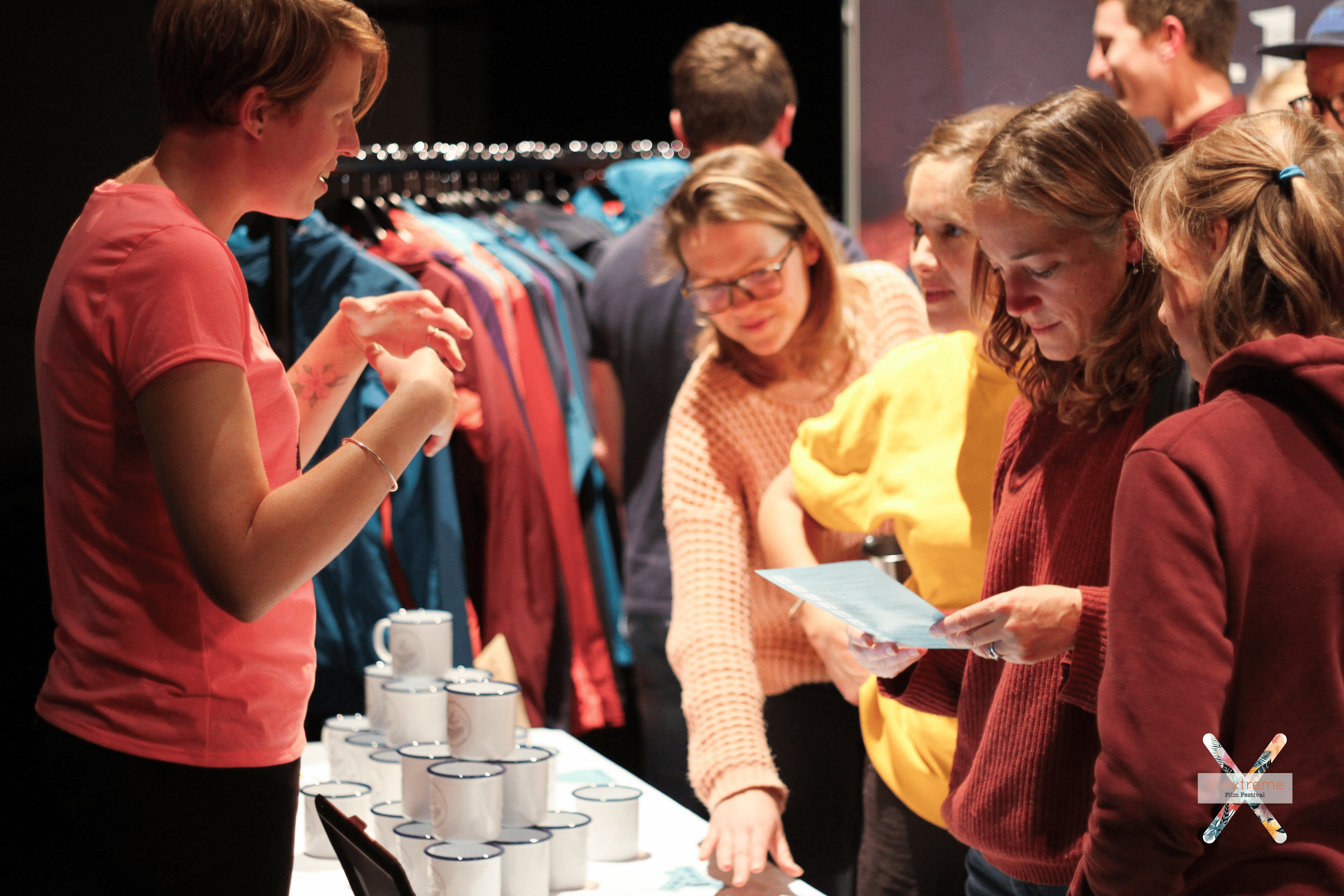 It was not an easy transition

Before 2016 my outdoor experience was very minimal. I grew up in a family that didn’t do outdoorsy things and went to a comprehensive school that didn’t offer these sort of extra curriculum activities. It just wasn’t a ‘thing’ where I grew up. I didn’t know anyone who went on hiking trips with their parents to the Lake District, or who was in a rowing club. Or who spent the weekend camping and building fires in the woods. Recreation time was for drinking, the cinema and Nandos.

The most nature I got was when my mates chose to hang out knocking back WKD in the local park. This was just how it was in Basingstoke!

So I was an adult when I first discovered my love for camping and hiking. And I couldn’t get enough of it. Being outdoors and feeling super adventurous (although most of my outdoor pursuits were exceptionally mellow). My biggest problem right from the start was confidence and not really knowing where to start. So I decided to work on getting my Mountain Leader qualification. Quite a bold decision for a beginner (not that I knew it at the time) but I thought it would give me the skills I needed to do more.

It was not an easy journey. Sadly in my attempts to learn more about the outdoors and to go on courses I faced judgments, criticisms and turned up noses. Not to mention horrible sexism.

I also struggled to afford it financially when I started out. But the outdoors is cheap/free, I hear so often…..bull! Not if you want a waterproof that won’t leak on you in the middle of a storm. Or if you want a nice weekend hike in the Lakes and a return train from London costing £160+.

Those were the external battles but the internal ones were worse. Self-doubt, insecurities and imposter syndrome. 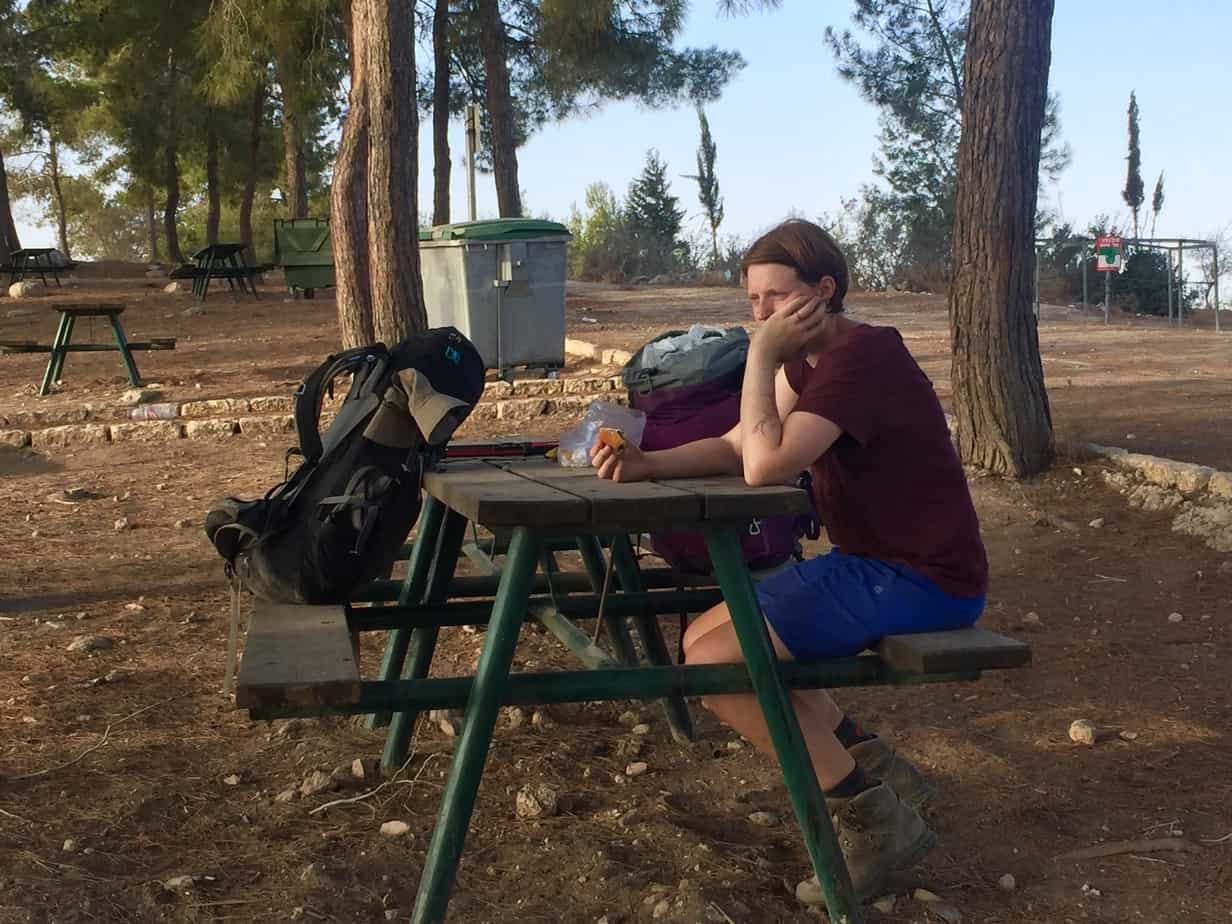 Look where I am now

Of all the things I am grateful for having, resilience is my biggest one. It kept me (and continues to keep me) fighting, stubborn and determined to belong in a world where I want to be, even when things don’t work out.

And in the end, I got there.

I passed my Mountain Leader Award, completed my first big expedition, my blog blossomed and I founded Love Her Wild, a community for female adventurers which has become my world. And even found a way to make money from what I am doing.

I am now one of them. An ‘adventurer’. 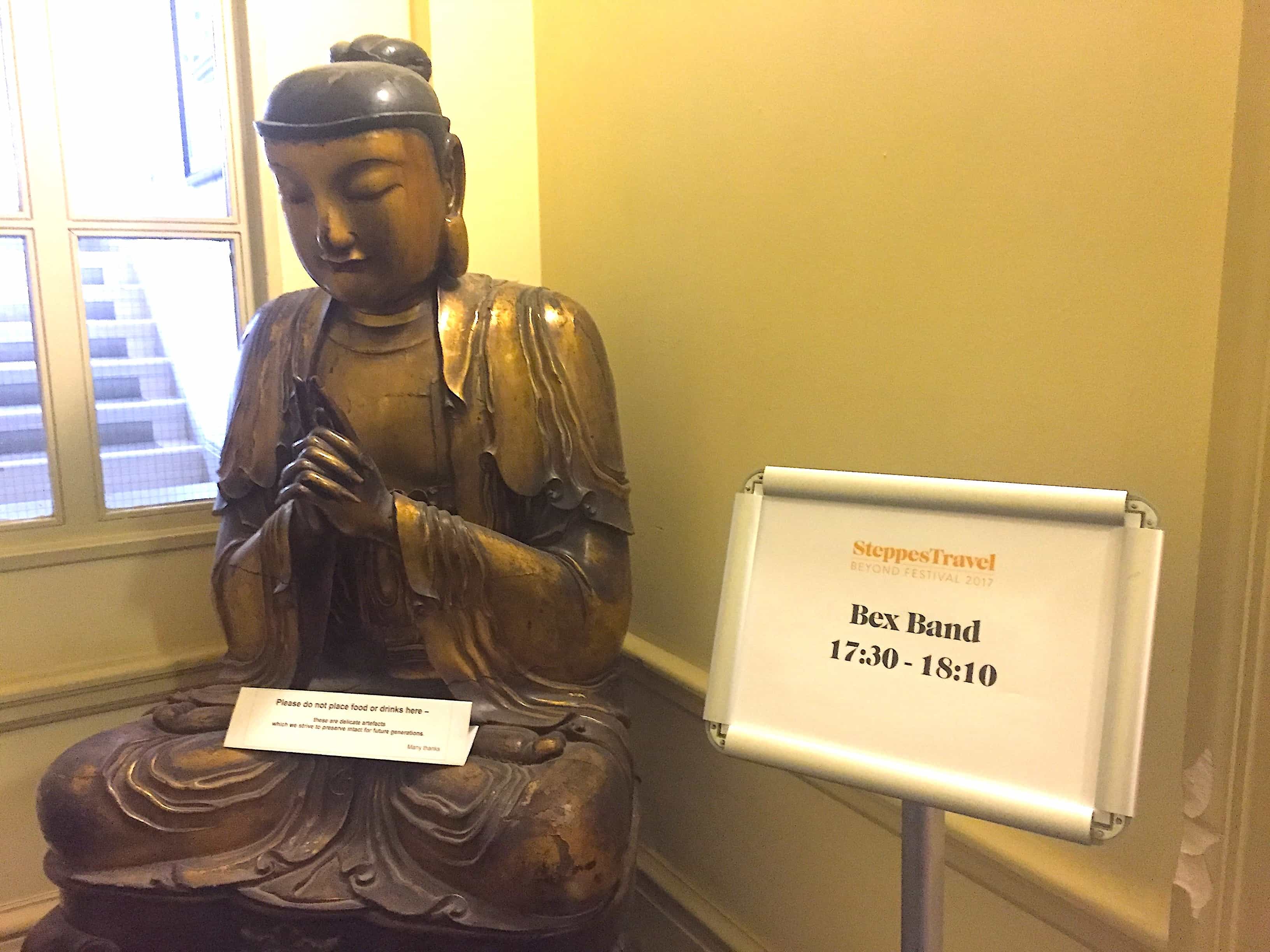 Couldn’t quite put my finger on it

In case you are wondering, my internal battles continue. But underneath them all, I have a quiet confidence that I am doing ok, that what I am doing is right, because something is working – even if it’s different from how others have done it.

Since attending my first adventure event in early 2016, I have been to countless more. I consume adventure blogs almost on a daily basis. And for a long time, I had a niggling feeling about this scene and what was being portrayed that really bugged it.

Until, finally, I put a finger on it.

It didn’t make sense to me. I kept seeing the same theme; fit, successful young adults having a big dream….usually an expedition that would cost thousands. They would quit their job (usually as some sort of office-based designer or marketer), raise the money in sponsorship (prior to having any profile at all) and head out their door. Months/years later they would return having completed their expedition with a book deal on their doorstep.

Then I would hear how I could achieve this too…

Just quit your job and do it…

Be bold and brave…

You can achieve anything you set your mind too…

Well……..this is wrong! Or rather, let me be specific. I really do believe that self-belief, positively, confidence, etc can take you a long way and further than our self-limiting beliefs allow us, BUT these need to belong in a little context called reality. 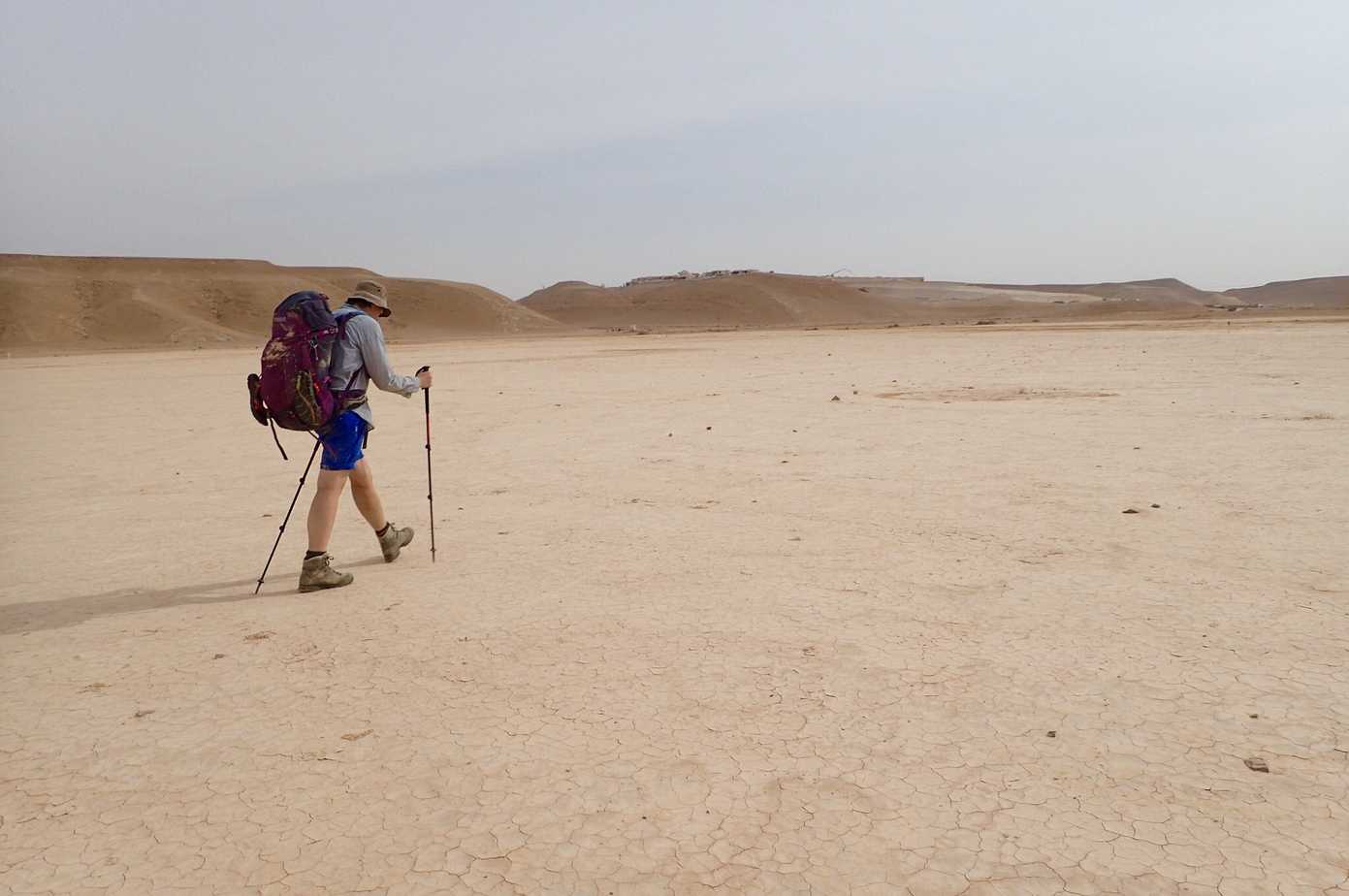 It’s all too white and too rich

You’ve probably noticed already that the adventure world is a very privileged one. I recently wrote down a list of 15 well-known UK adventurers that came to mind. I did some internet stalking and found 12 had gone to private school (my stalking abilities failed to suss out the other 3).

All of them were white and able-bodied.

I don’t mean to make assumptions but I would fathom a guess that most of them they come from a supportive family, and as well as having a fantastic education, and the invaluable network that comes with that (hello sponsors!) were probably exposed to great things when they were younger – overseas travel, ski trips, theatre outings etc.

I think back to how hard it was for me getting into the outdoors. Starting out as an adult without any of those childhood experiences as a basis. Who was struggling financially and had other battles in my life. Although I wanted to be outdoors adventuring, I had other priorities.

But hang on a second. I am white, educated, can access free health care, I have a loving family who will no doubt (I hope?!) take me in should it all go wrong and I don’t have any dependents. My circumstances changed and I was able to build modest savings as a backup.

If it was not easy for me to become an adventurer and I have all this privilege in my favour, imagine how hard it would be if I let go of just one of those pillars holding me up right now.

This is why privilege has so much to do with the success of adventurers because they reduce the barriers that are in the way of getting there in the first place. 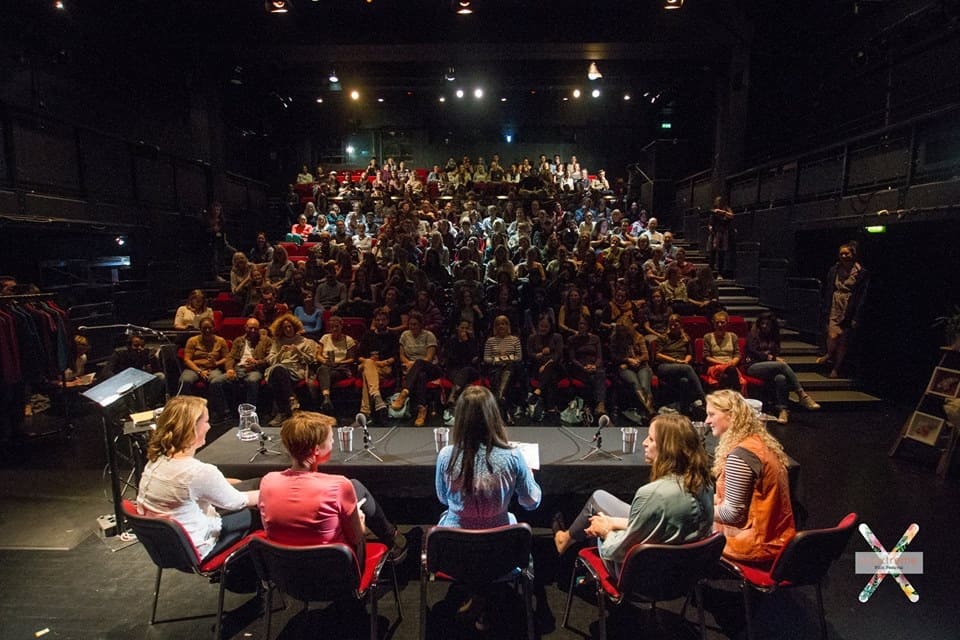 Let’s be openly grateful for the position we are in

There is nothing wrong with being privileged. It is a game of chance and we are all just doing our best with the lives we were given. But we should respect those who do not have these luxuries that we have by acknowledging and being grateful for what we do have.

Because adventure really is a luxury. Think about this…..we inflict hardship to gain perspective and satisfaction in our lives! It’s a bizarre concept.

So let’s stop ramming down peoples throats that they should quit their job and go after their dream and stop being so scared.

It only takes 1 sentence to acknowledge this gratitude. I think we owe that to the others less fortunate than us, don’t you think?

Thanks for reading, Bex