That time I went travelling and came back with a husband…

‘A Guatemalan?’ she asked

I remember that Skype call home quite vividly. 6 and a half years ago sat in an internet cafe in San Pedro, Guatemala. Thankfully I have a mum who takes everything I tell her very much in her stride. She probably knew I was never going to end up settling down with a local Basingstoke boy anyway. I do like a challenge.

Later on, in that same conversation, I told her I was pretty sure I was going to marry him. This was 5 days after we had met! Yes, I was cringing on the inside, but I was sure. Even that early on. I had fallen completely and utterly head over heels for this boy in a way that, before this time, I used to declare ‘I didn’t believe in’. Love at first sight? Cue eye-rolling.

Well, 22-year-old me didn’t know everything. 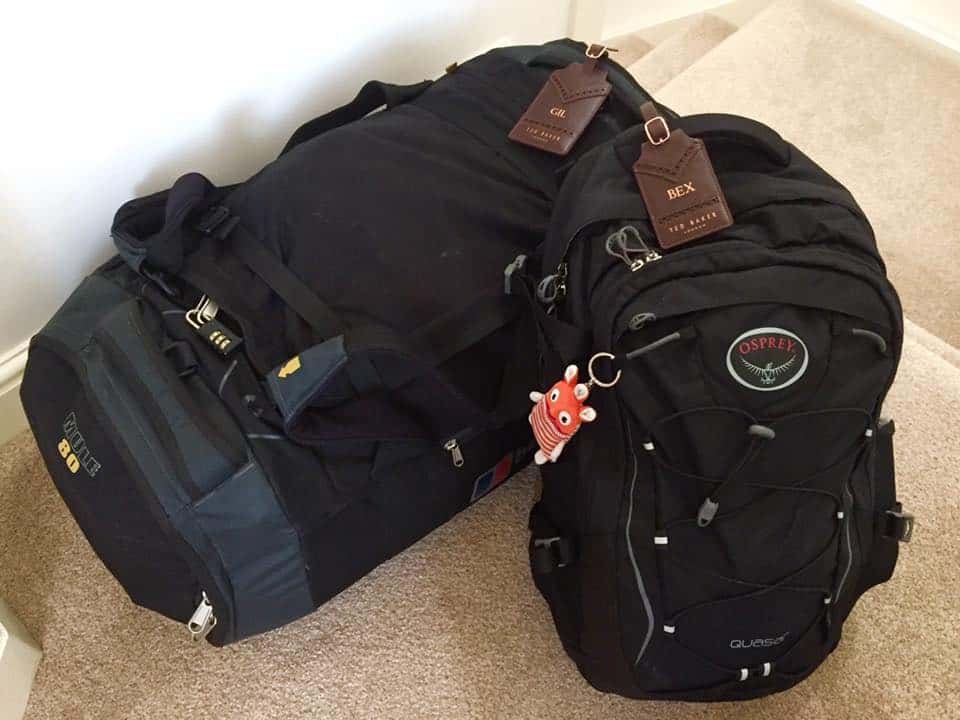 It started with a mugging

I wasn’t even meant to be in Central America. While I was travelling around Thailand I had my bag stolen along with my passport, money and camera. My cheap travel insurance covered some of my loss but not all (emergency passports are blooming pricey!!). I had no choice but to return to the UK for 6 weeks to get a replacement passport and some new belongings.

My original plan had been to carry on to New Zealand but now my budget wouldn’t stretch to that. My sister suggested Central America while I was sat in front of a map on my computer. I found a cheap flight deal and that was it, I was on my way to Guatemala.

On arriving I headed straight to San Pedro where I had signed up for 2 weeks of Spanish lessons. It was a nice school, next to the lake with good teachers and an array of activities. One of them being conversation club on a Tuesday night.

Only 2 people showed up…myself and Gil. 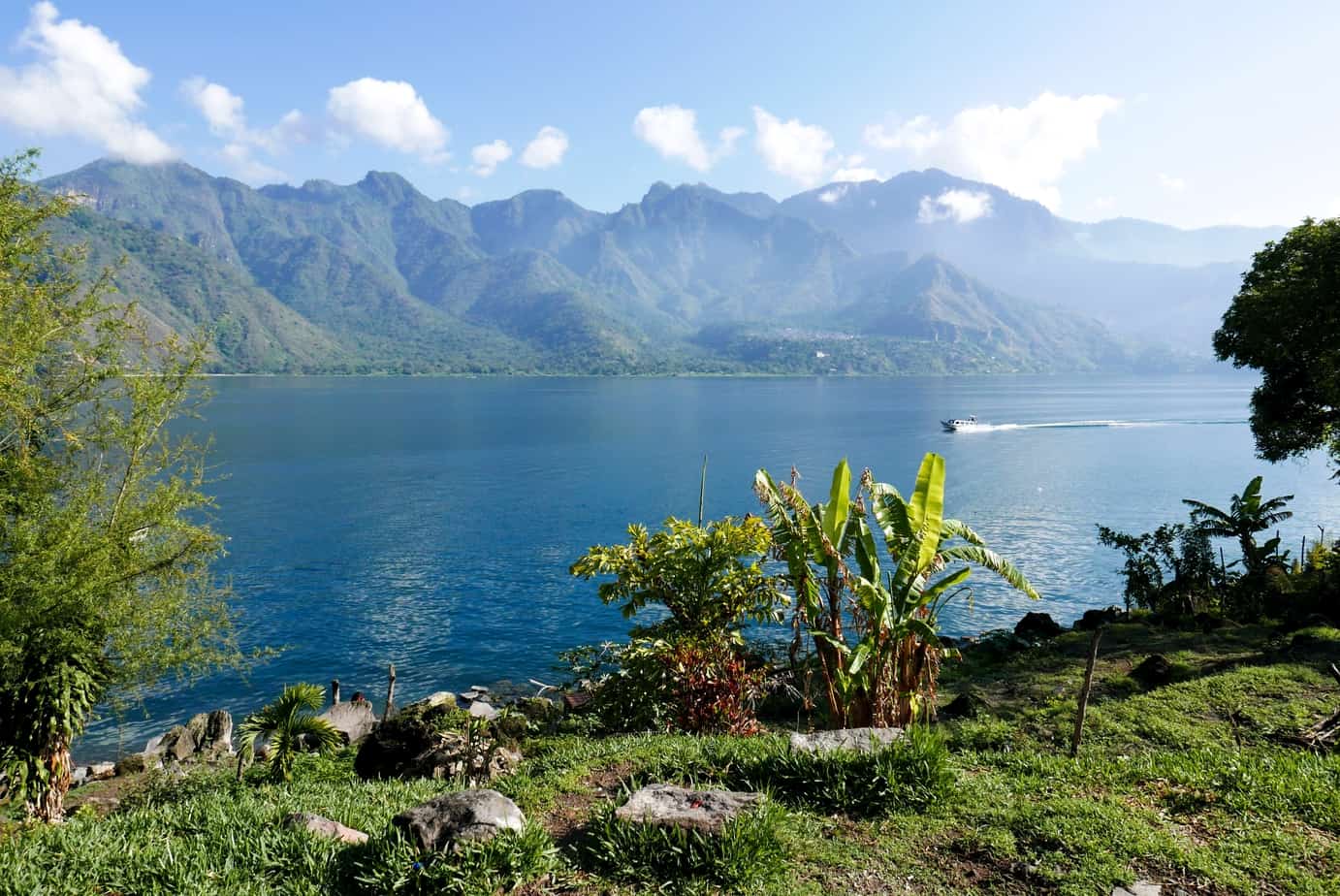 Talk about a fleeting moment that would change the direction of the rest of your life! Gil walked into the room and I felt an instant attraction and connection to him in a way I had never experienced before.

It didn’t take us long. 2 days after meeting, we moved into a homestay together and have been living together since. Needless to say, I didn’t learn much Spanish! 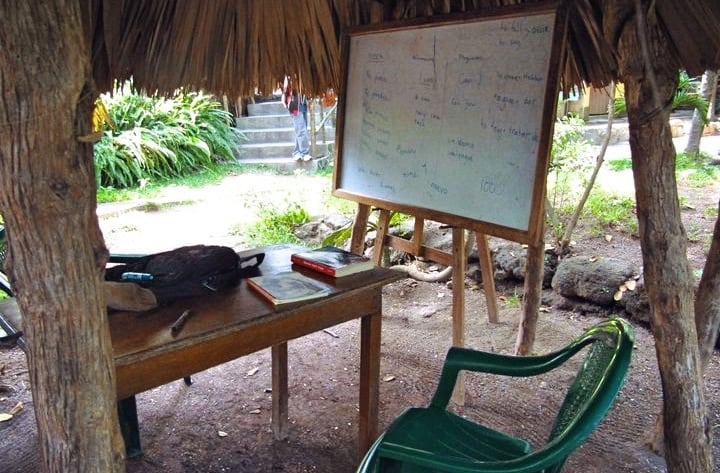 We spent the next couple of months travelling through Central America in a whirlwind of tostadas, markets, sloths and meaningful conversations about life. I sensed the doubt from bystanders. They saw a holiday romance and warned me of my impending heartache. As with so many things in my life though, I ignored all advice. 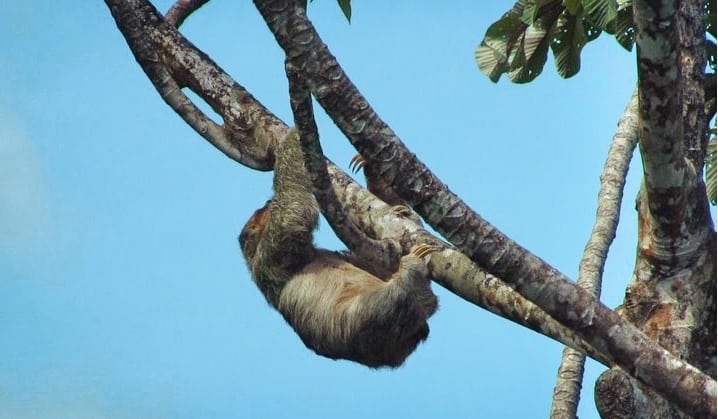 It’s not easy being with someone from a different country. Firstly we had to make the tough choice which one of us would leave our friends and family. Visa restrictions decided this for us and Gil packed a bag and moved to London. We were lucky that his Grandmother was originally Romanian, pre-WWII, which enabled him dual nationality otherwise it would have been hopeless. Thank goodness we met pre-Brexit!

Those early years were difficult. Gil had been fresh out of mandatory army service when I met him. He didn’t have a degree or work experience, was in a new country, speaking a second language with a restrictive working visa. We were poor, working long hours in jobs that we hated, living with leaky sinks and crazy borderline psychopathic housemates. 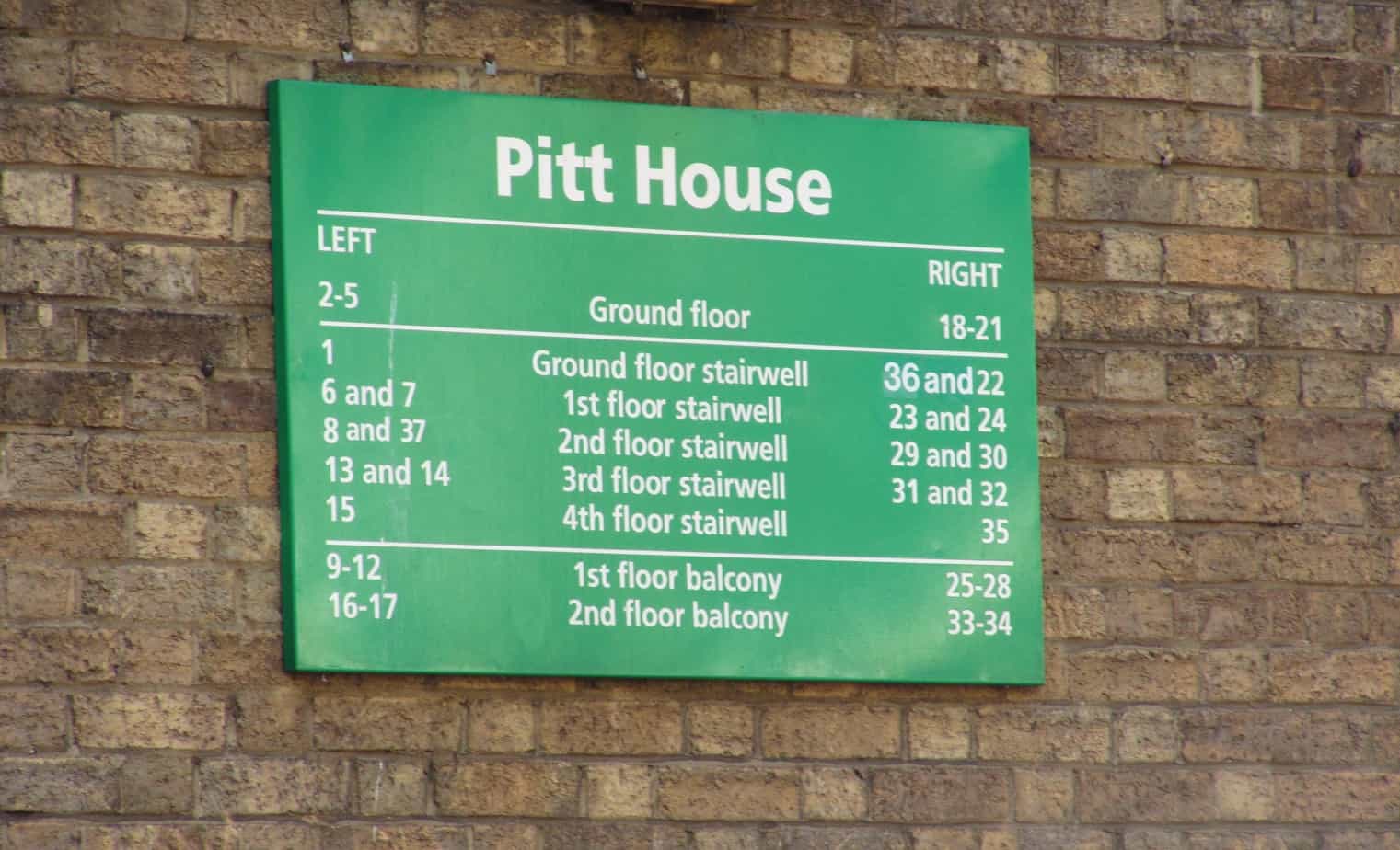 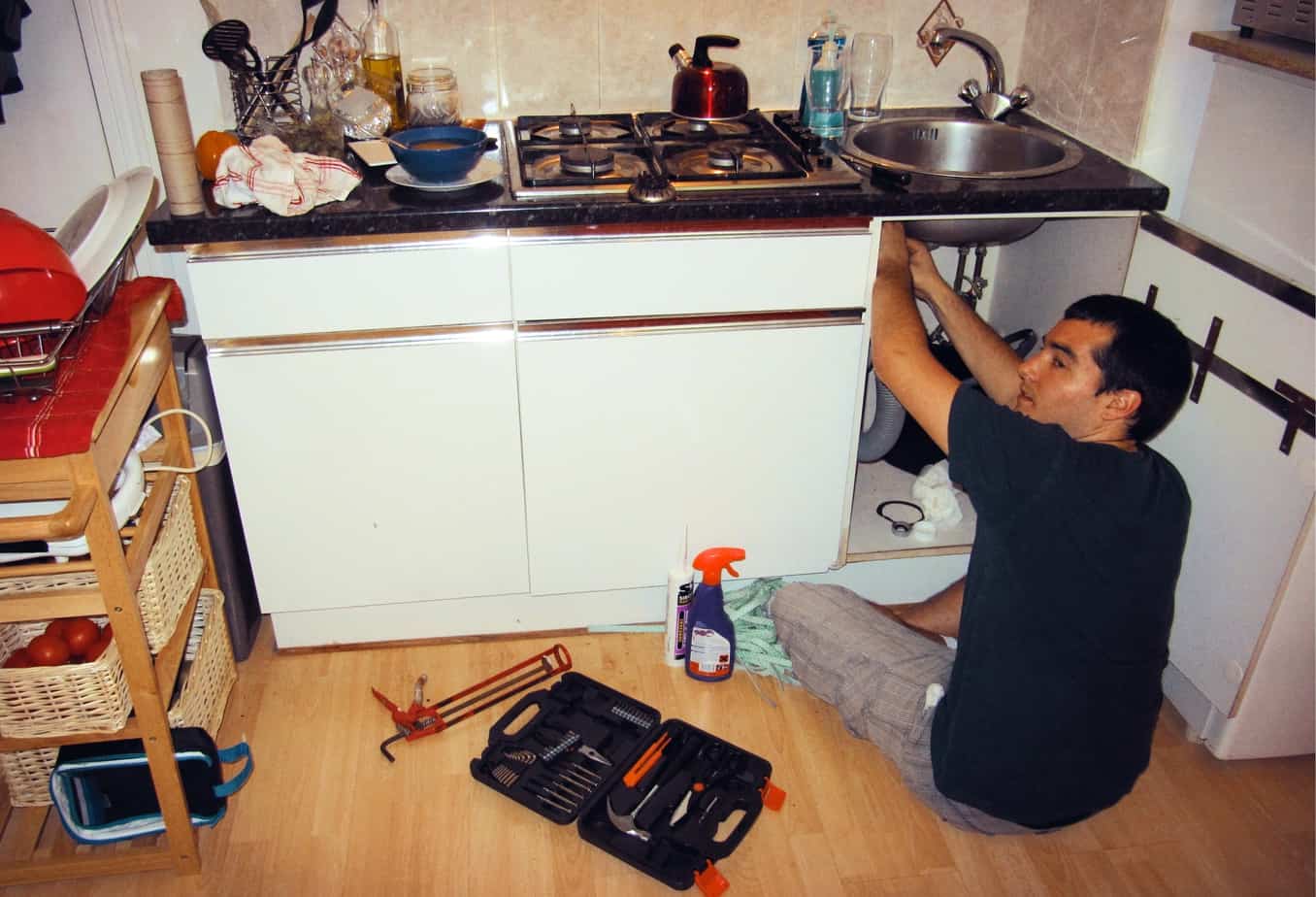 Maintaining relationships with family abroad was also an ongoing battle. Juggling annual leave, mixed with feelings of guilt and outside pressure.

We were tested individually, as were the boundaries of our relationship. Could we really make this work?

So many lessons learned

I felt that after a year together we had been through a lifetime of stress, worries and general crap that life throws at you. After our beautiful beginnings, it was a stark and harsh turn in the opposite direction.

There were times when things weren’t looking good between us, but we battled through. Because, for all the difficulties that come with a multi-country relationship, there is something quite special that bonds you. Perhaps it’s the impossibility of your meeting or maybe the fact that together we are so unique from everyone else. We held on to that.

We learnt about resilience. Not giving up. Working out what really matters in life.

After 2 years of struggling, we both landed better jobs. We were financially at ease for the first time and living in our own little studio flat in Putney. It was a breather.

Soon after, Gil surprised me at work. He had hired a camper van and took me on a trip to the New Forest where he got down on one knew. I think you know what my answer was! 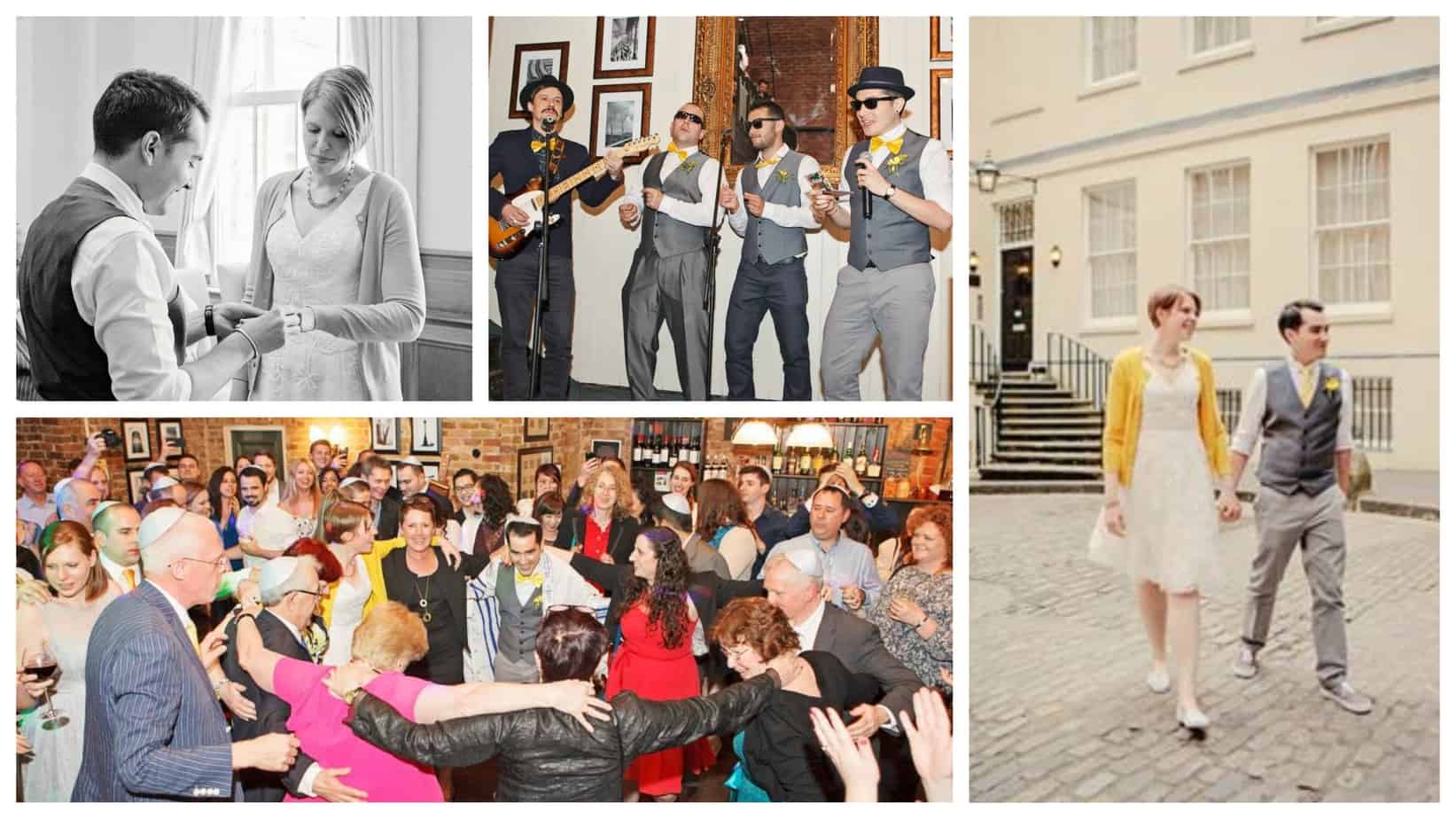 A trip down memory lane

When I found out I was going to Honduras to do the GoEco marine conservation course, I knew we couldn’t go without fitting in a trip to Guatemala.

Lake Atitlan was even more serene and beautiful than I remember.

“It is really too much of a good thing.” Aldus Huxley (Beyond the Mexique Bay,1934) 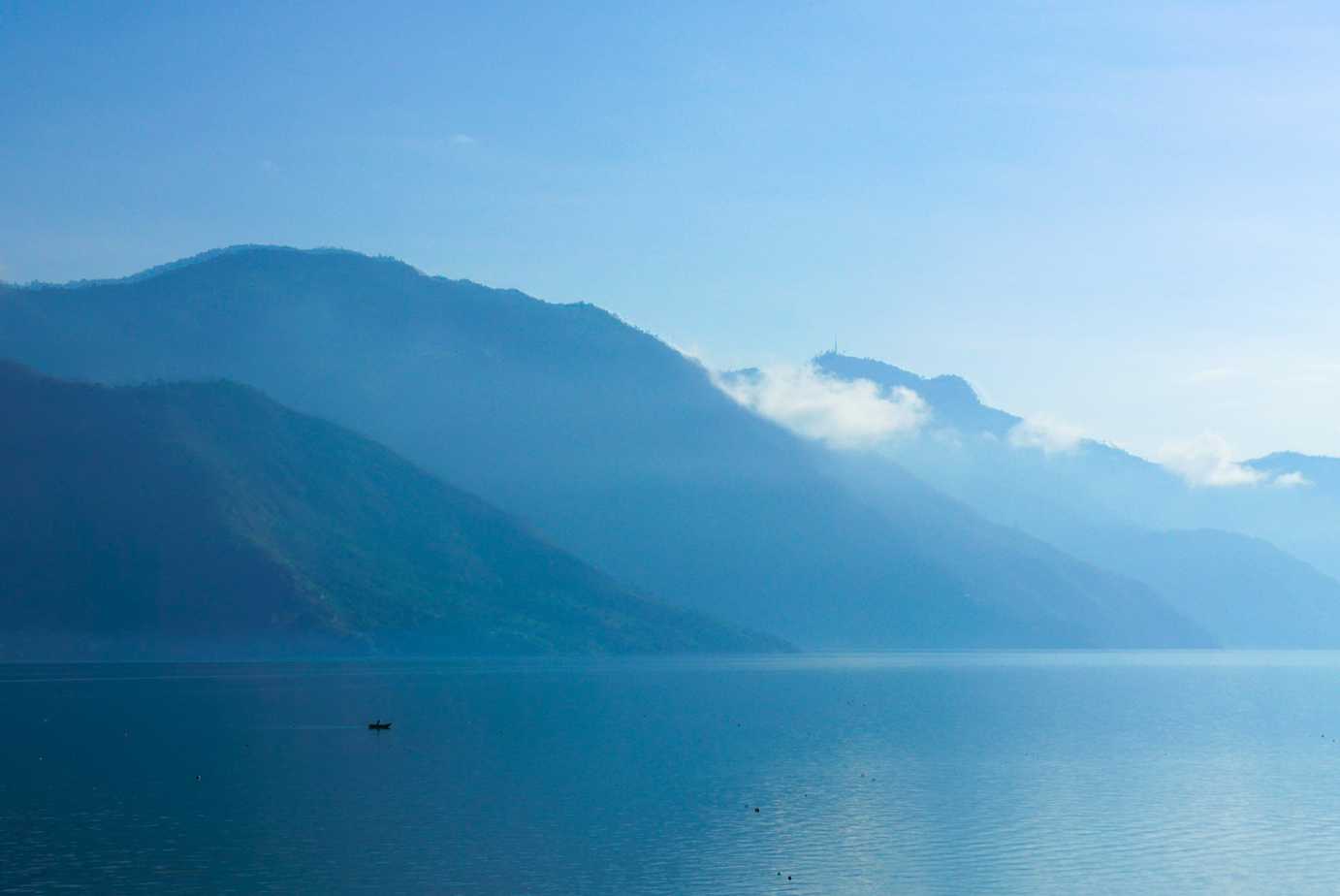 We booked to stay at SakCari Hotel, which was right next to the Spanish school where we met. We lay in bed each morning taking in the impossible view, watching the hummingbirds while reminiscing. 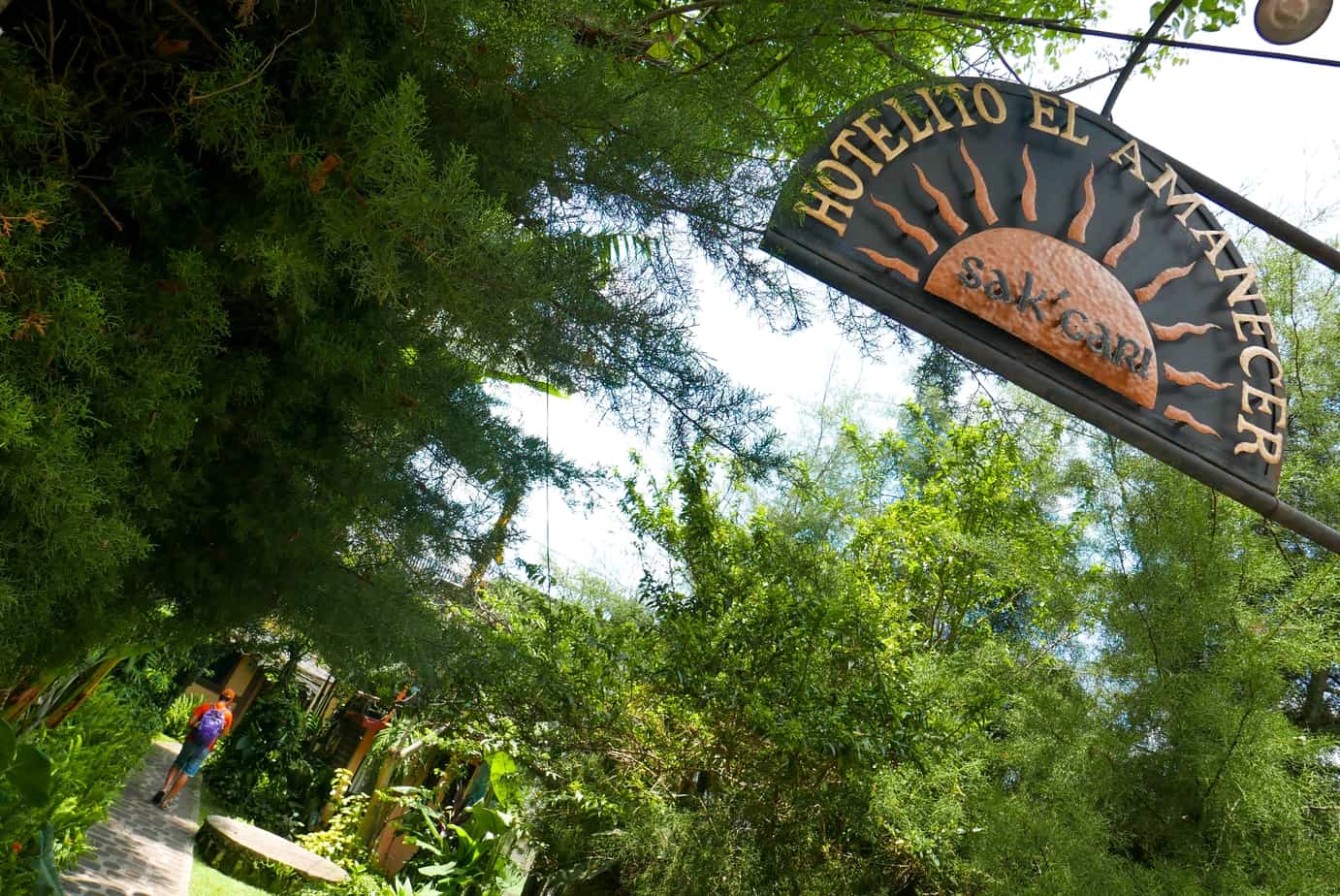 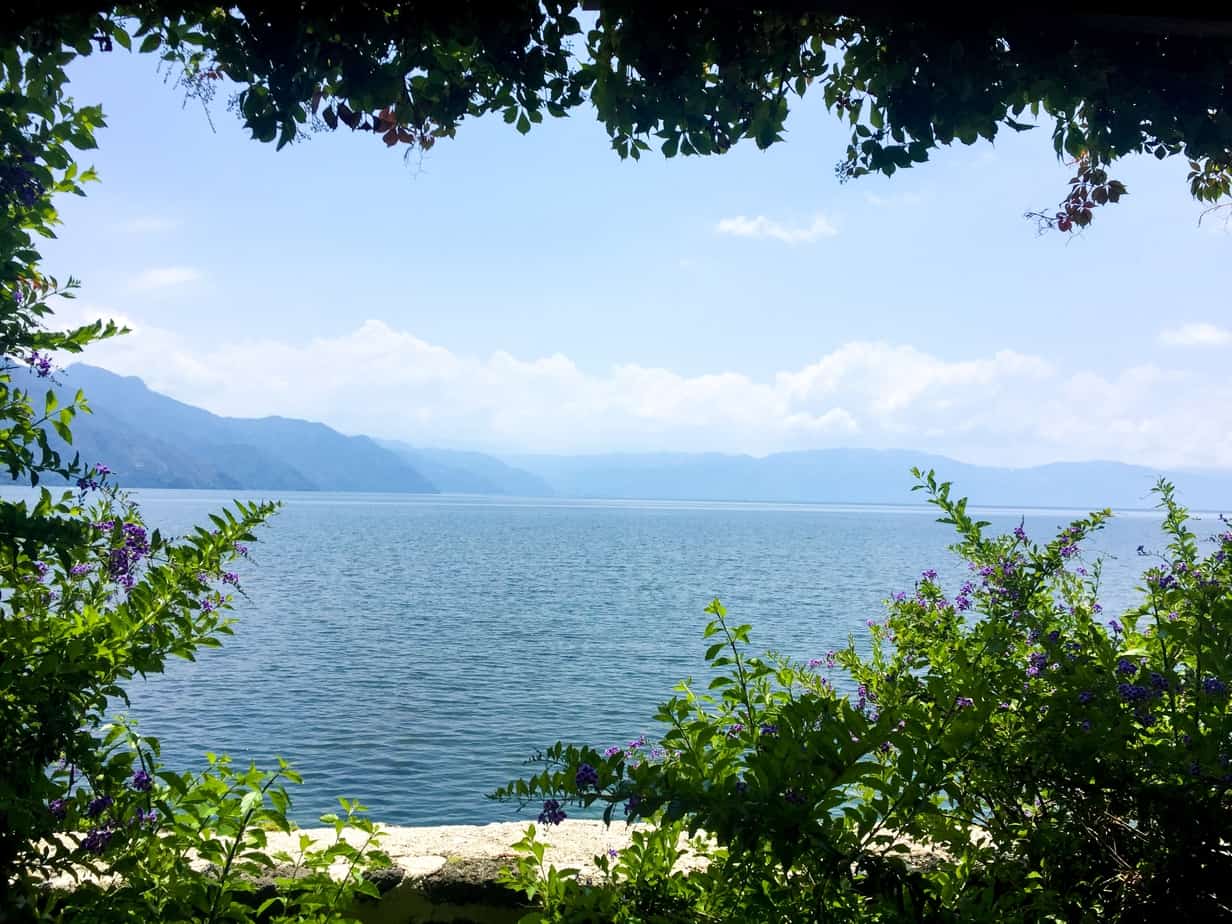 The hotel had kayaks you could use when you liked and, my favourite, an overdose of hammocks. So our days were well spent. 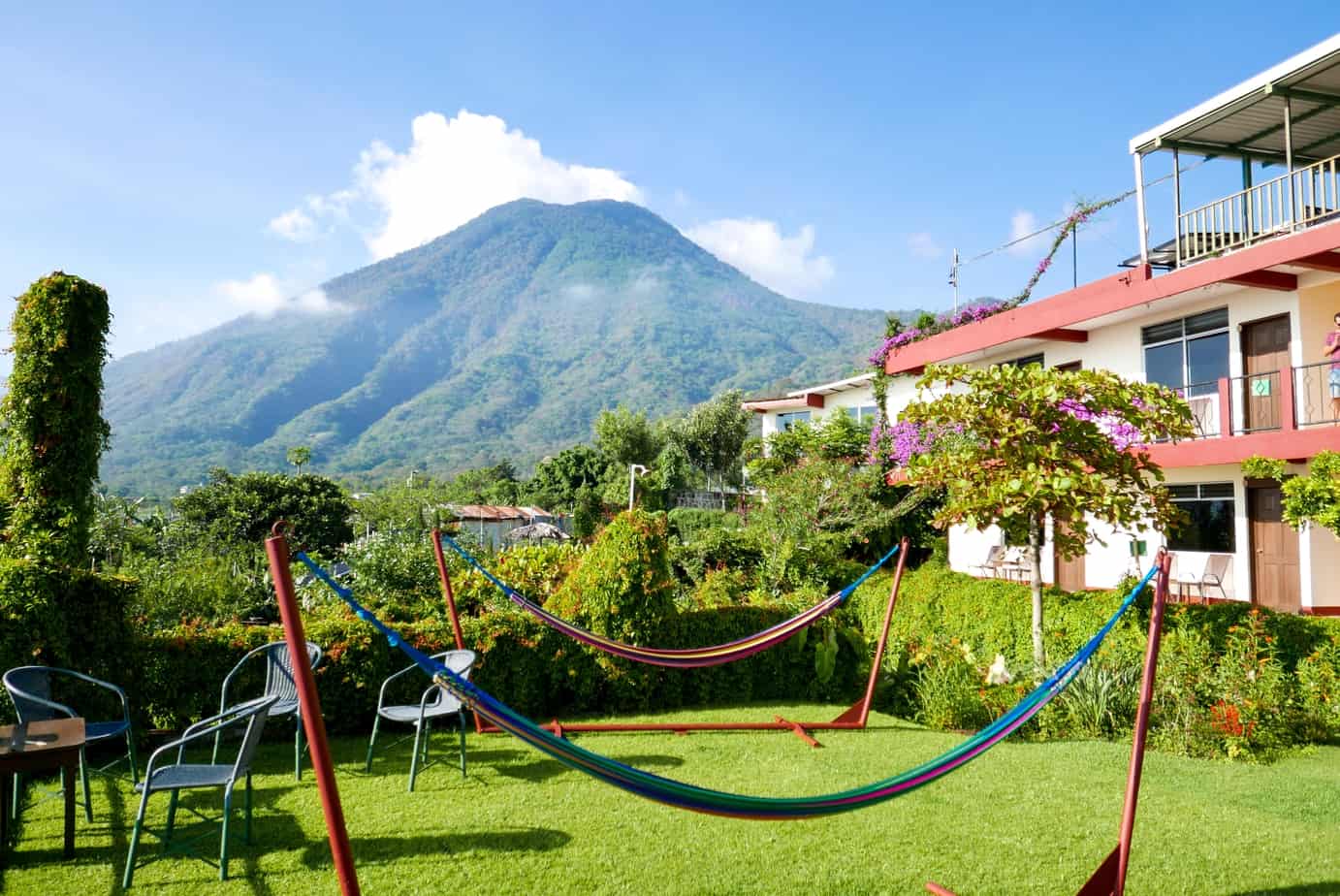 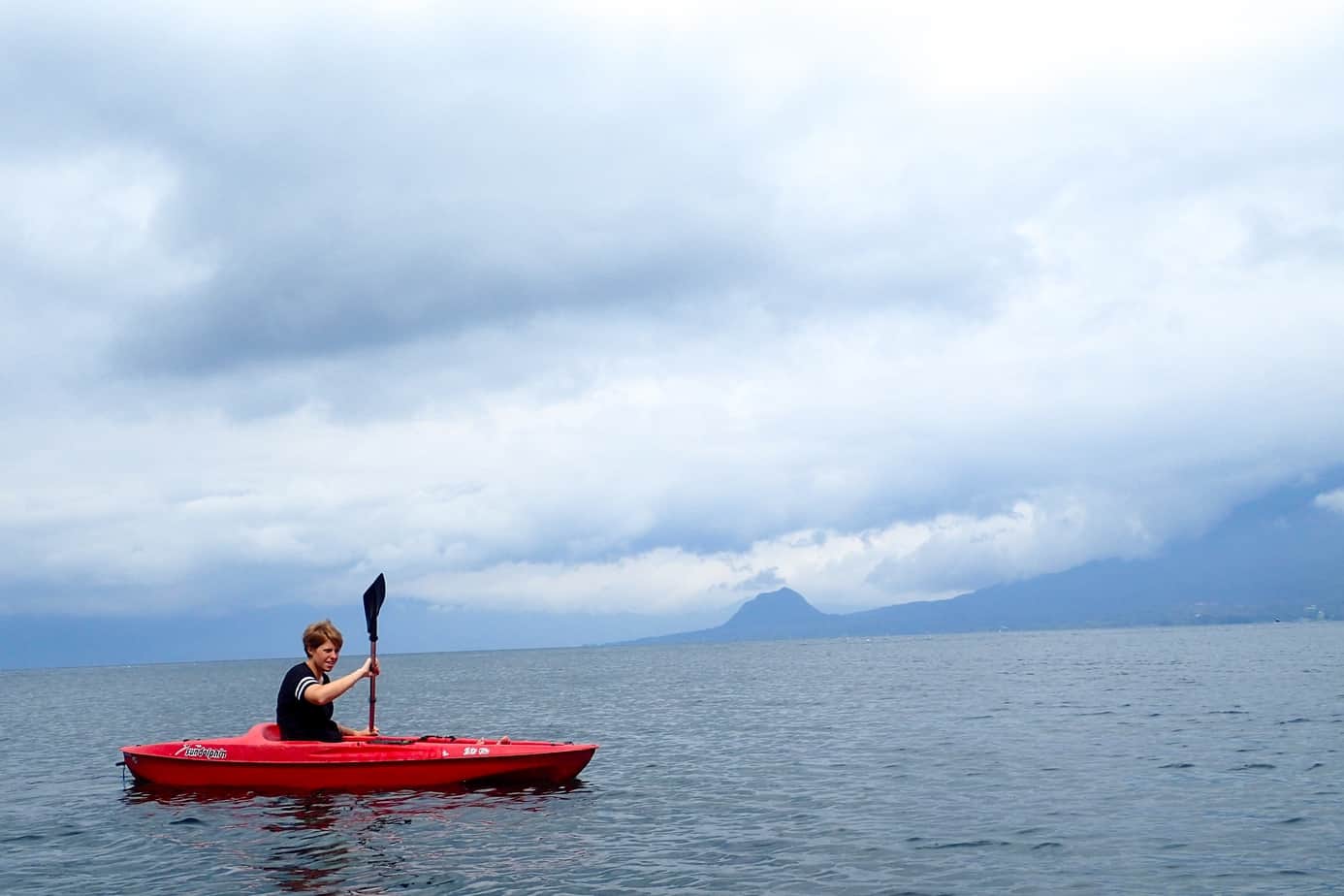 With our old photos in hand, we went in search to see if much had changed. We went to the house that we had stayed in before. We found out that shortly after we had left, the place had been flooded and the family had to move out. It looked pretty similar otherwise!

Just coincidently we bumped into our homestay father, Juan, who didn’t believe our story and that we were still together. What a lovely man. He took us back to see the rest of the family. We had a picture of one of their children. It took about 20 minutes for them to work out which one it was. They don’t have the luxury of endless photos to hold onto. 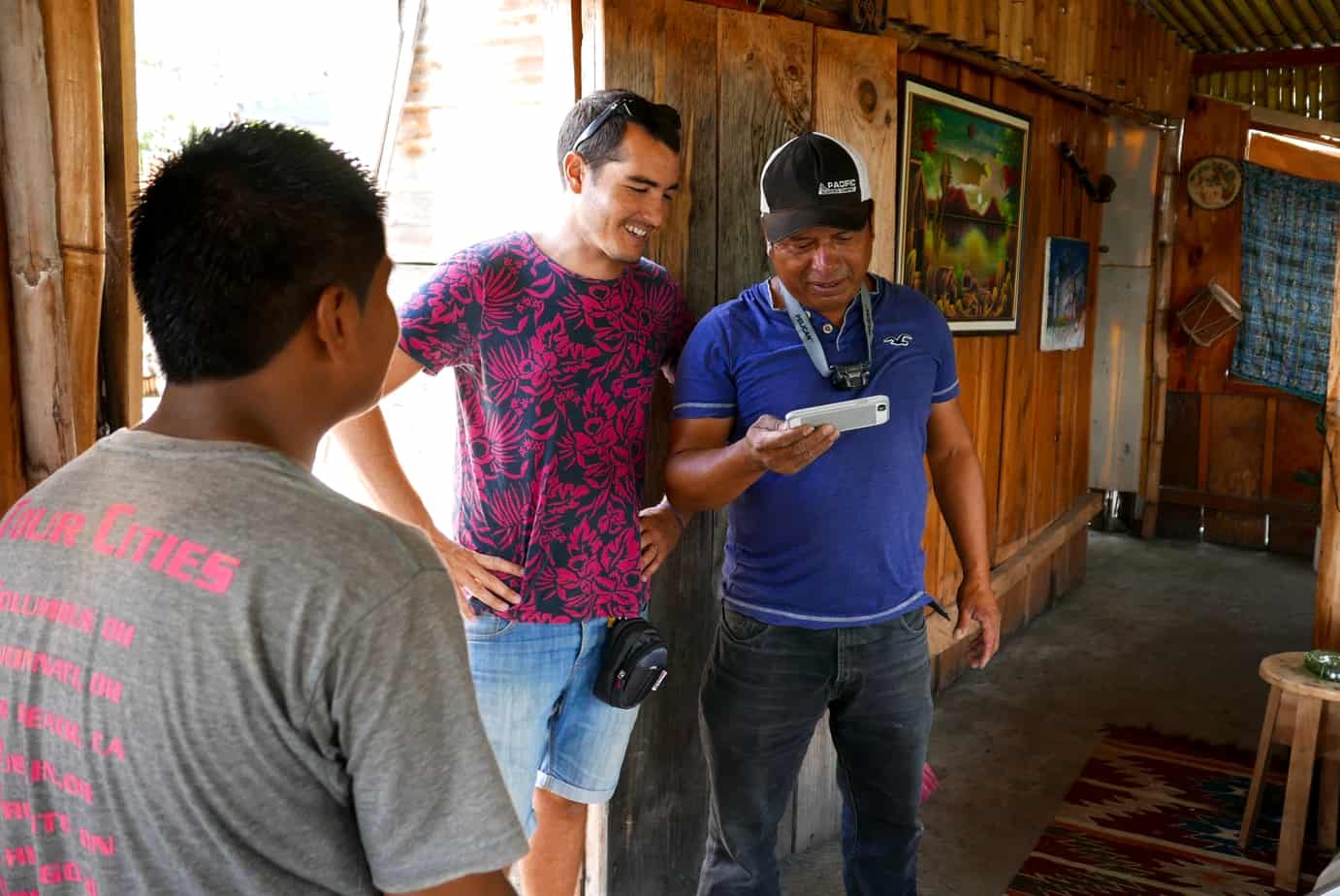 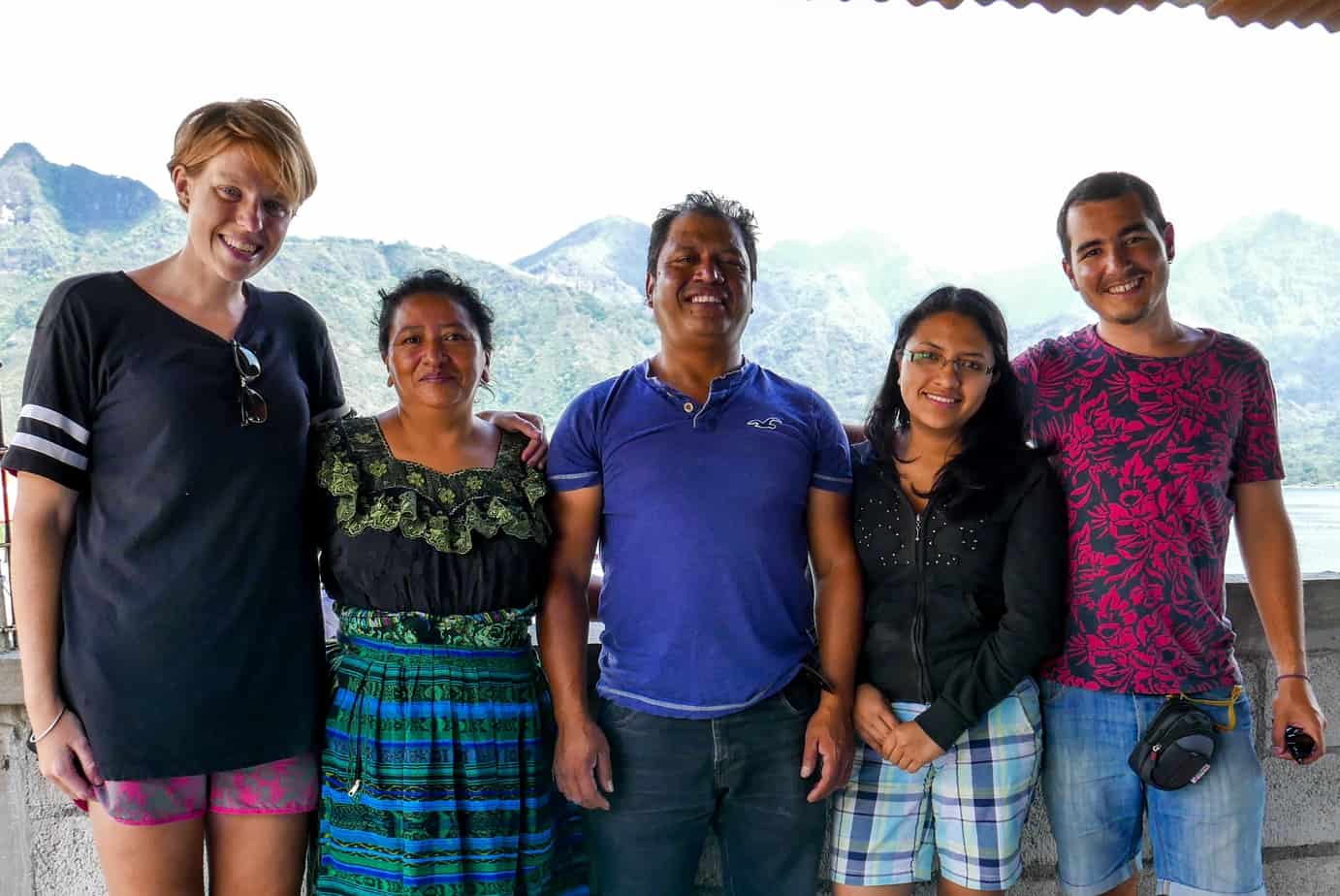 Even our ‘banana bread lady’ was still sat there, 6 years on, in the same spot serving her daily dose of cake. I will never forget her face! 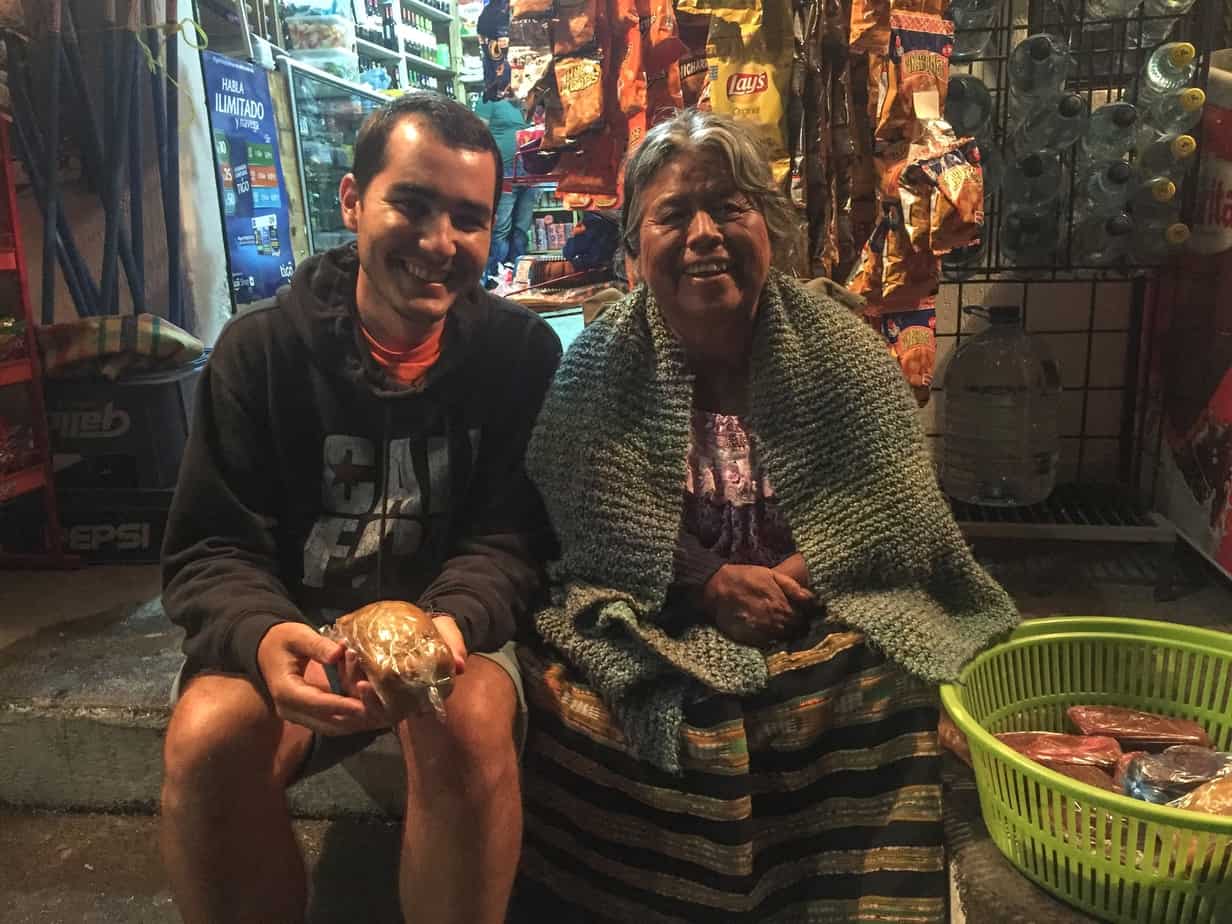 A look back on 6 years

Coming back to Lake Atitlan and looking back over the past 6 years has been an incredible experience. Not just reminding myself how lucky I am to be here again with Gil and how different and great my life has been because of our meeting, but also to look at how I have grown as a person since that time. So much has changed. Yet here I am, travelling again with the same man by my side. Only this time it’s better. I’m more confident, I’m working for myself, have a wealth of opportunities and adventures ahead of me and, most importantly, I’m so so so grateful for everything I have. Gratitude is a wonderful thing that can grow from dark times.

Travel, explore and follow your heart…..who knows where it will take you…. 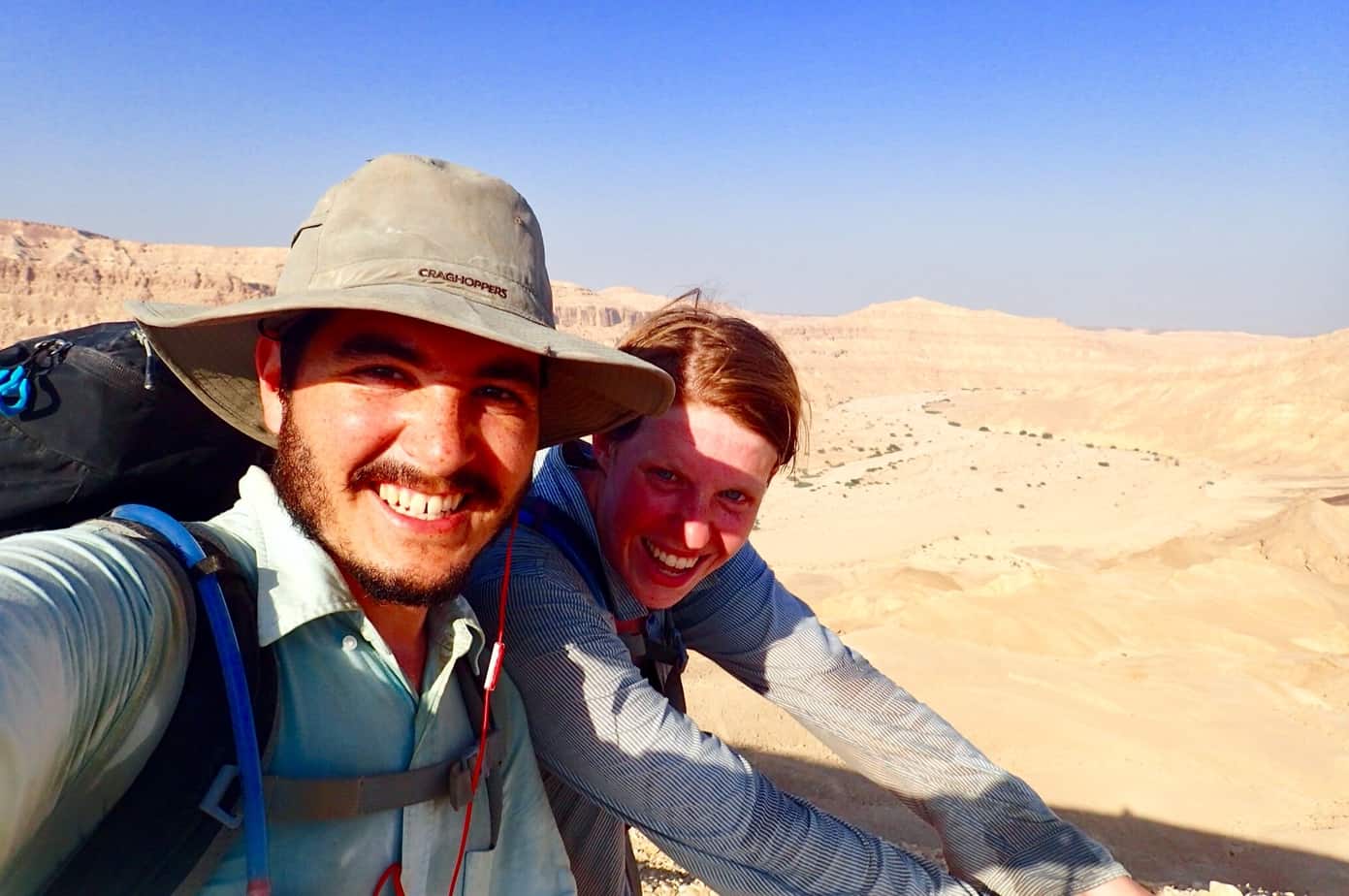