Guide to going on safari in Tanzania

In this Tanzania safari guide, I’ll cover the best itinerary and length. What to pack and how much it costs to go on safari. I don’t think there is a single travel bucket list in the world that does not have ‘going on a safari’ on it. And for good reason! Doing a safari just makes the animal kingdom come alive. Seeing elephants, lions, hyena, and giraffe up close in the vast plains of Africa is a reminder of the natural world that once ruled our planet. Just thinking about it brings back a sense of awe for me.

The best place to go on safari in Africa….Tanzania!

When I spent 7 months travelling in East and Southern Africa, I was fortunate to go on numerous safaris – in Kenya, Botswana, Namibia, South Africa. There was one place that stuck out as the best though and that was Tanzania.

The varied beautiful landscapes, the friendly people, the thriving wildlife – It all culminated to the most memorable safari experience. So, when I was looking to return to Africa for another trip, the destination was an easy choice.

Tanzania’s most famous national parks are the Serengeti, a huge space that makes up part of the migration route, and the Ngorongoro Crater, one of the worlds most beautiful views. There are a number of smaller parks easily experienced in a day such as Tarangire, famed for its beauty and elephants, Lake Manyana, home to hundreds of flamingos and Arusha National park, where you can do a river cruise.

There are also some lesser-known parks such as Saadani, which combines beach and a safari and Selous in the south, which is wild and untouched. For something a little different, you can also do a day visiting Lake Eyasi and the Hadza tribe to see their way of life and to watch them go on a hunt.

The north circuit is a good choice for seeing multiple parks and I settled on 1 day in Tarangire, 2 in the Serengeti and 1 day in Ngorongoro crater. I didn’t regret my choice. 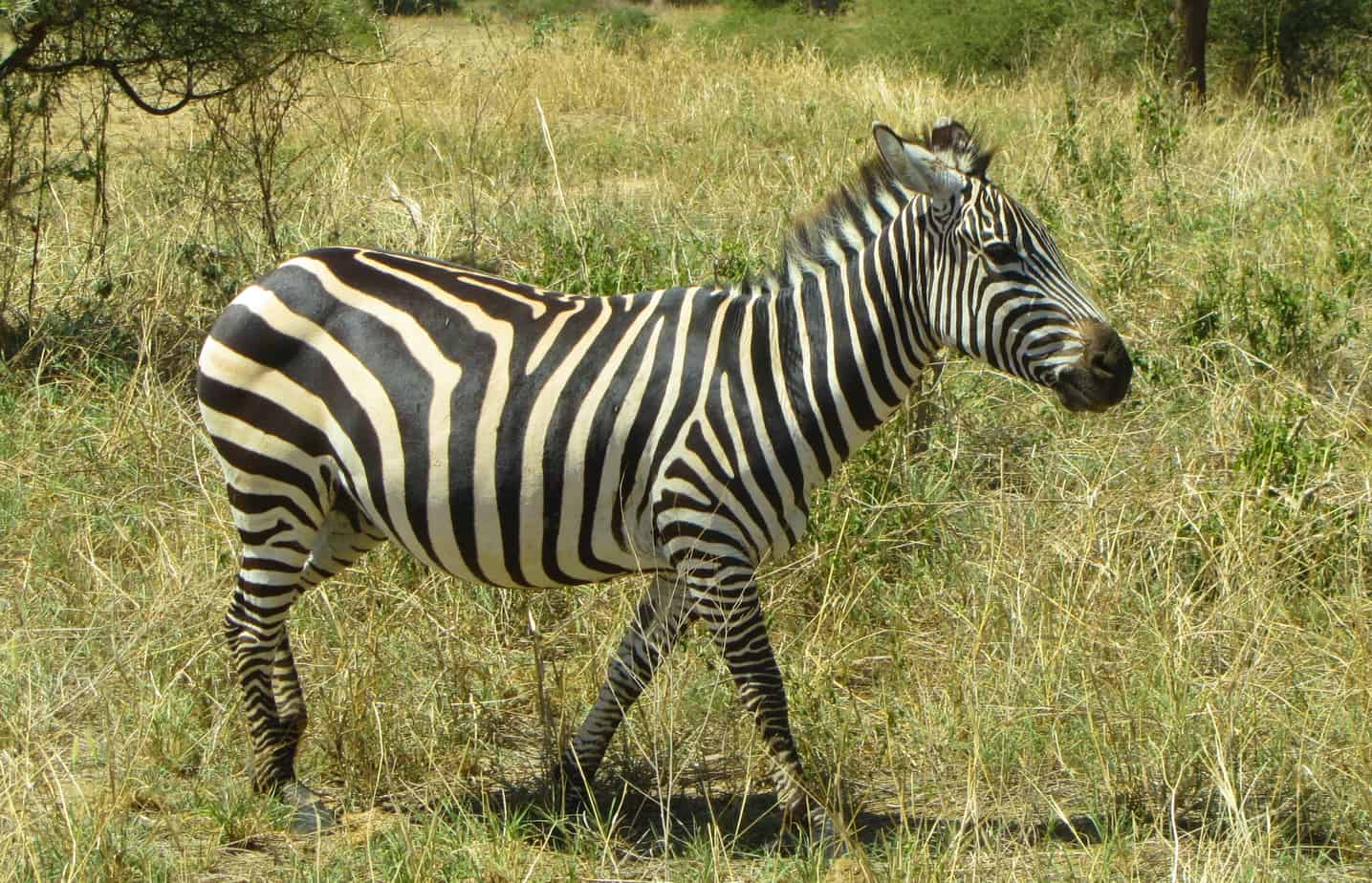 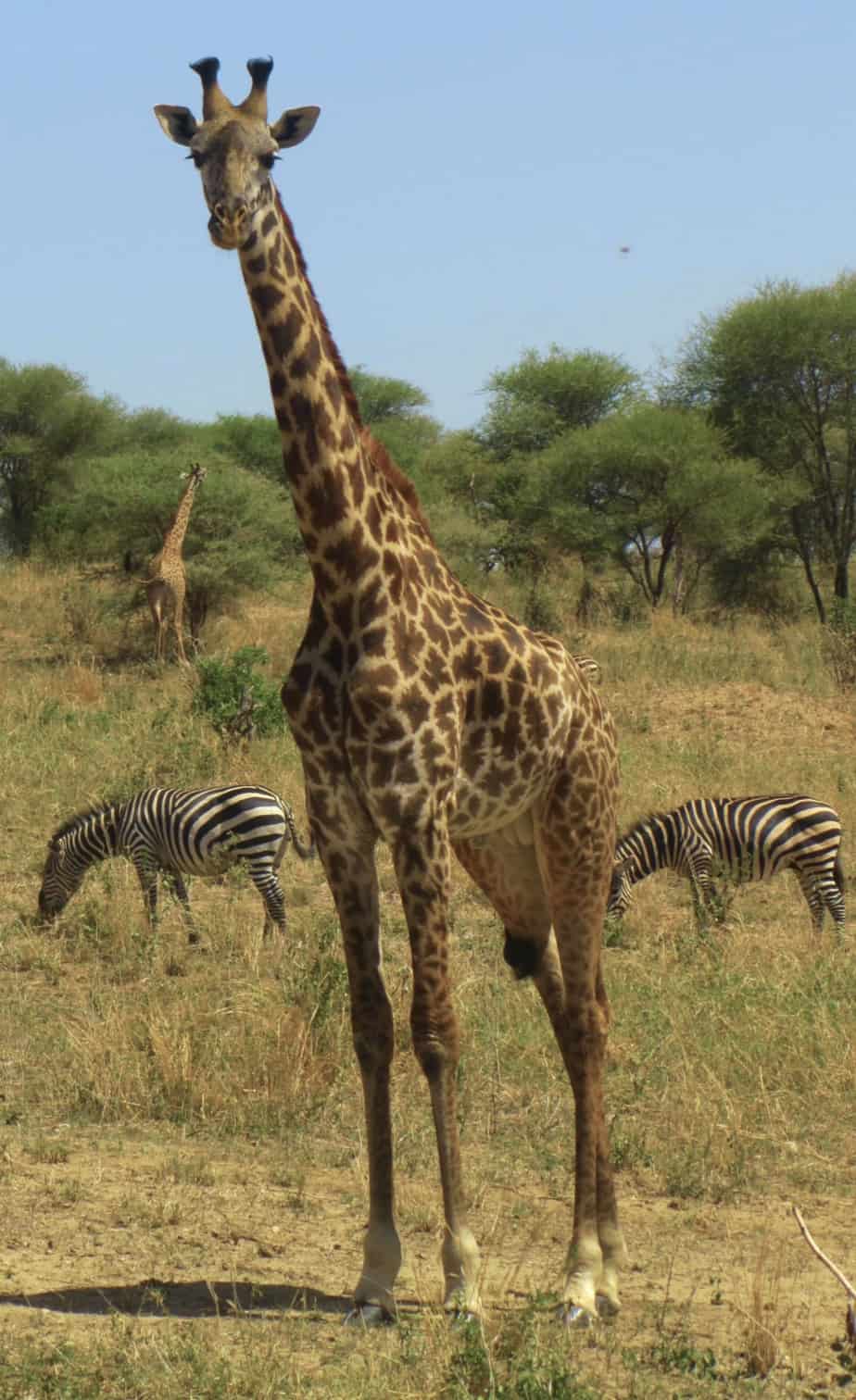 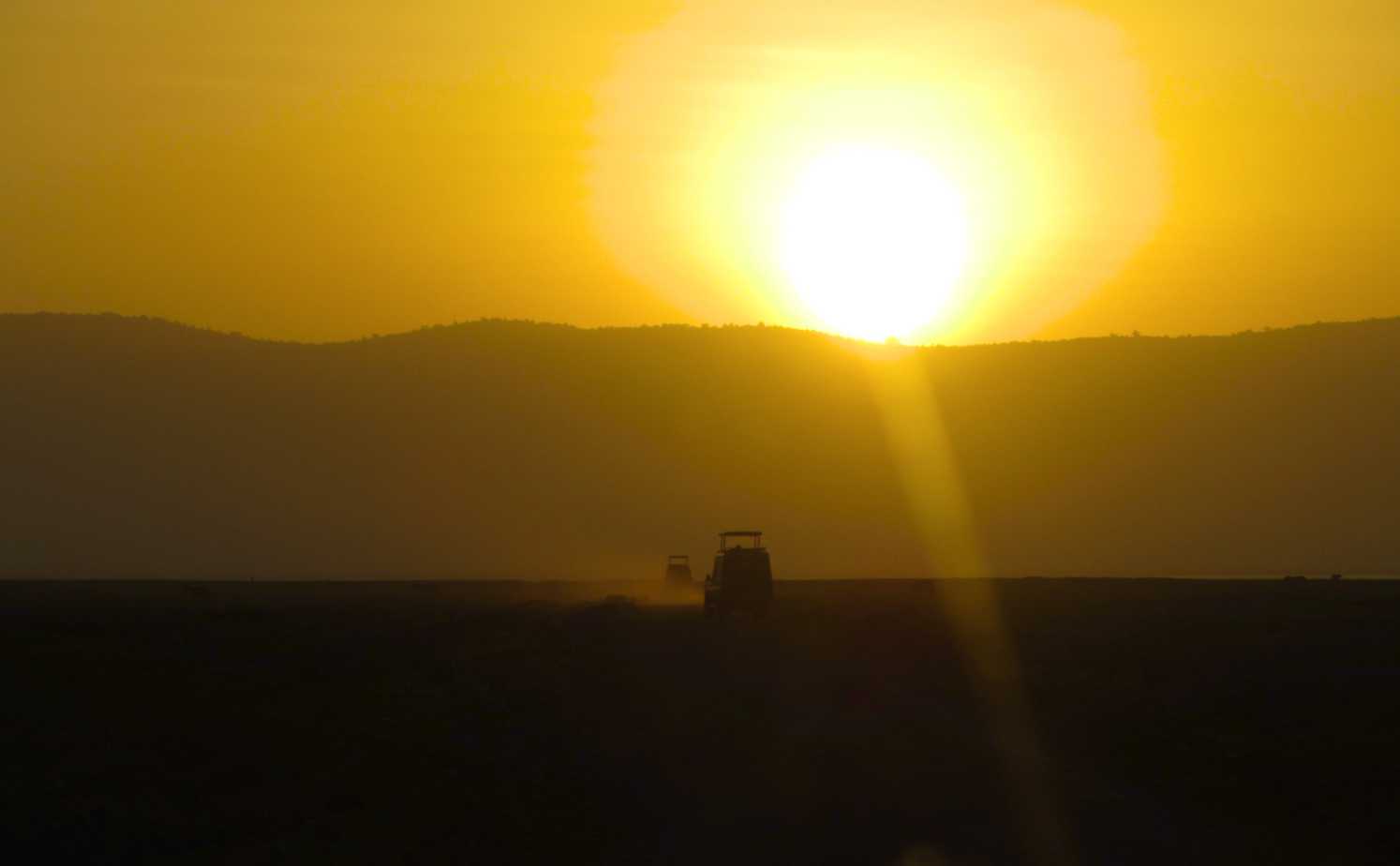 How long to go on safari

Doing a safari is surprisingly tiring. It involves lots of early mornings and long days driving, not just in the parks but also getting from one to another. Most of the roads are dirt tracks and the journey is bumpy and uncomfortable. If you are camping, you may have to contend with noisy animals keeping you up at night – I sat petrified one night listening to huge buffalo (the second biggest killer of humans) grazing inches from my tent. An incredible but tiring experience!

I think 4 days is a good amount of time. It allows you to see different parks, gives you a good chance to hunt down some of the harder animals to spot, while also not dragging on too long. It might be hard to imagine, but there will be a time when you will lose interest in seeing Zebra…

If you are travelling through multiple countries, self-guided safaris can be really fun. But, there are some huge negatives. We met a couple doing a self-safari who had been in the same park as us and barely seen any wildlife. Without the experience of a safari guide, who can spot the animals (they are so well camouflaged) you are going to miss a lot.

Driving around all day by yourself, keeping track of directions is exhausting. The guided jeeps allow you to stand up in the back, much better for game viewing. Plus, the price difference is minimal. Of course, there is something to be said that doing a self-safari is a fun adventure, but for me, it was about seeing the animals and learning about them. So going with a safari guide was an obvious choice. 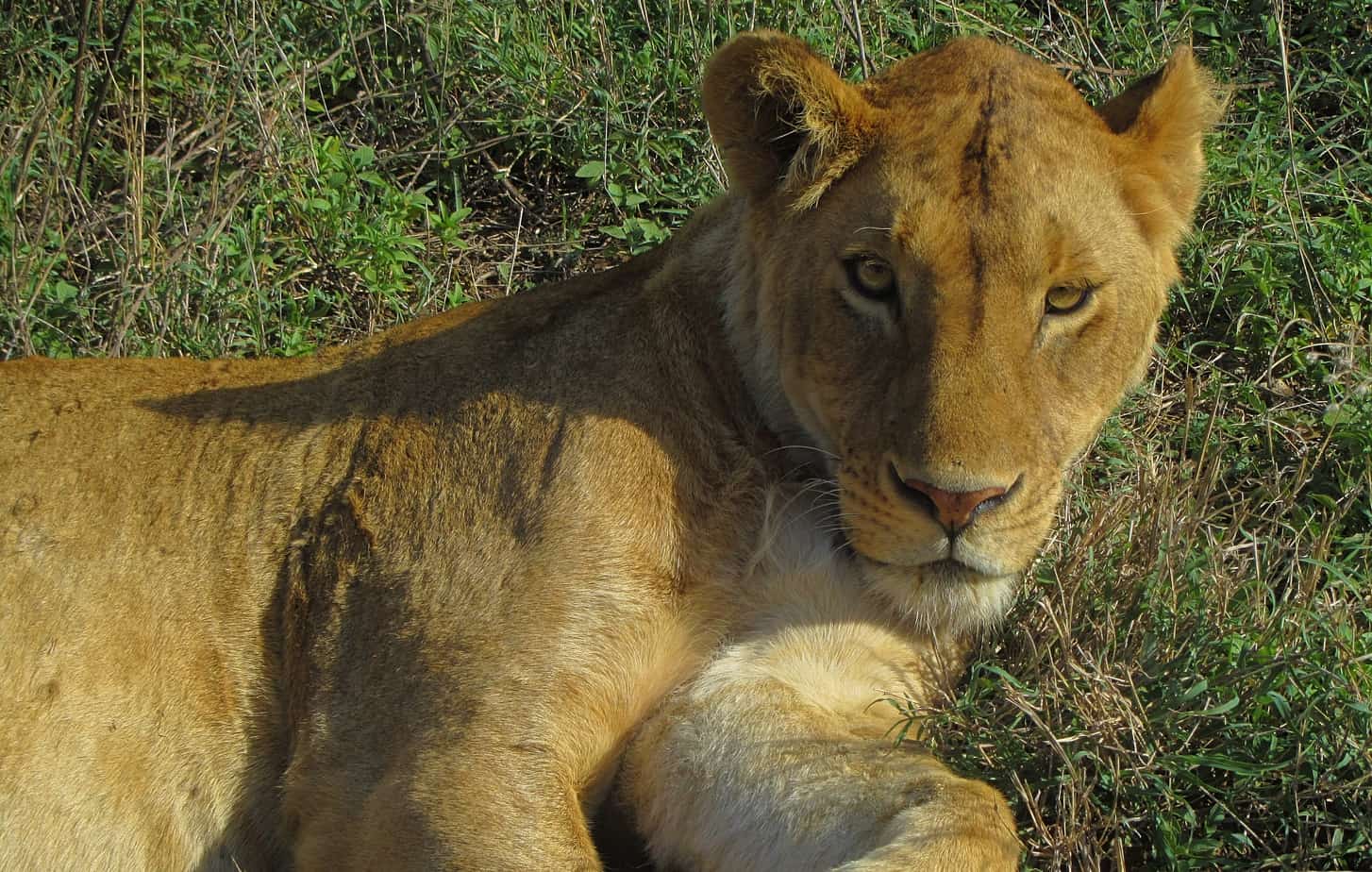 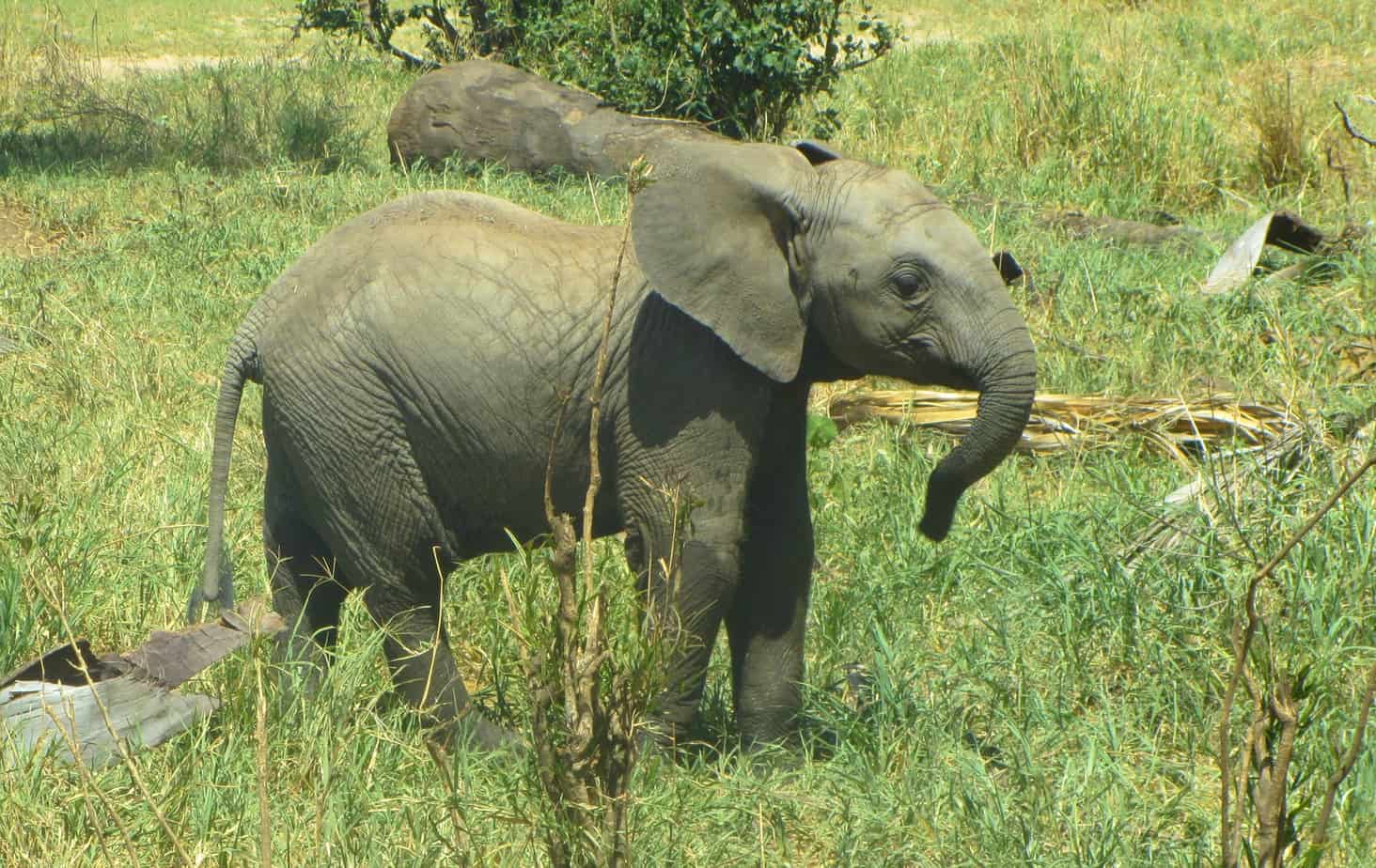 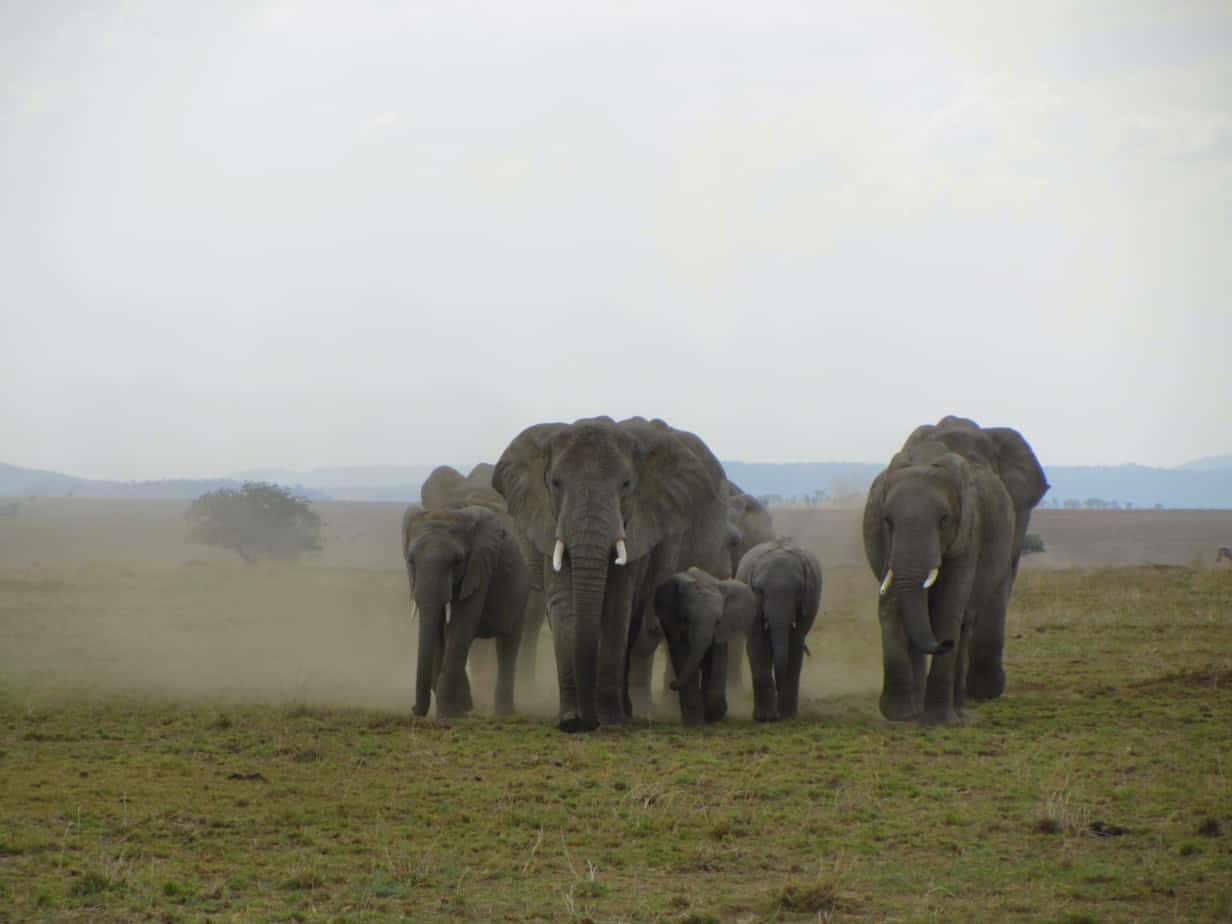 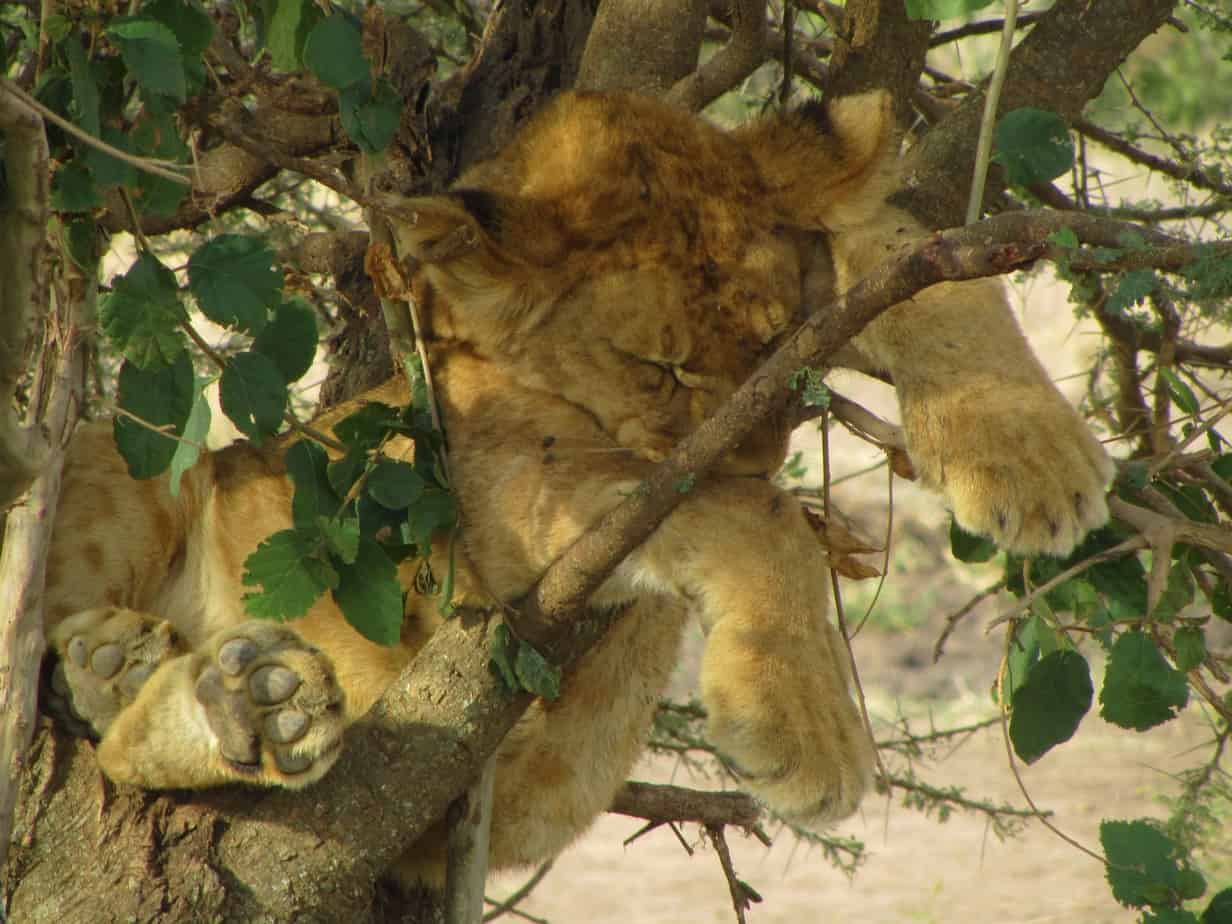 Lodges are really expensive in the parks so camping is a good way to keep the costs down. As a seasoned camper myself, the safari camping felt quite luxurious. The safari guide and cook set up our large tent, with mattresses. Dinner was made for us and all the sites had toilet and shower facilities. 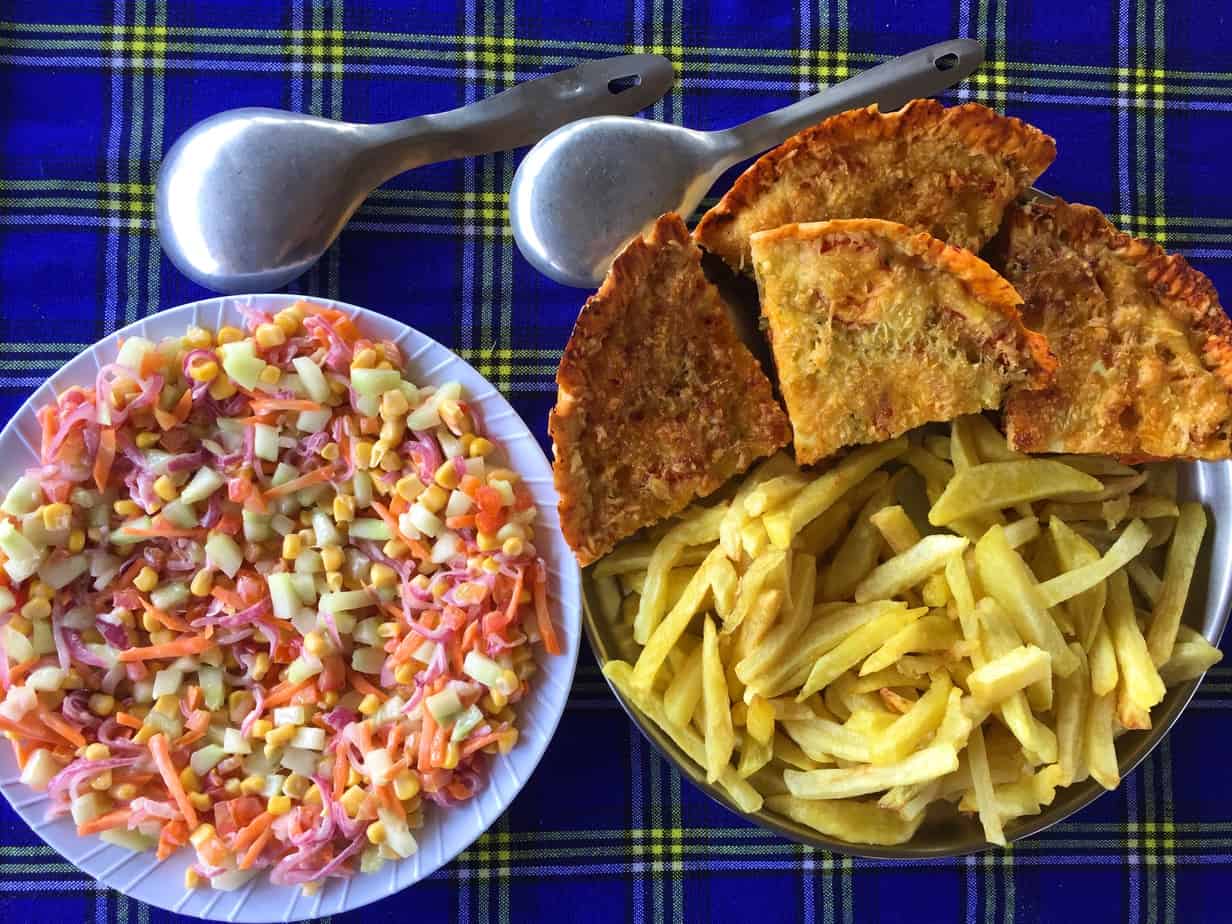 Which safari company to go & how much does it cost to do a safari in Tanzania?

Choosing a safari company is a difficult task because there are hundreds.

Safari’s are not cheap. The parks have huge unavoidable fees for tourists and you will spend your day driving around in a jeep that eats fuel. The absolute cheapest you will be looking at is around $160-180 per person per day. You can turn up in Arusha, pop into one of the many safari shops and find one offering this cheap deal if you are ready to go the next day.

Be warned though, there are some serious considerations when choosing a safari company and I heard lots of horror stories from travelers in Tanzania: food poisoning, multiple flat tires (they sometimes don’t change the tires when worn to save money), a safari guide that didn’t speak English, unplanned long stops before reaching the park, poorly paid staff who put pressure on you for tips. I saw a group who had 3 flat tires and only 2 spares and had been stuck for 5 hours waiting for the same make car to pass who would give them a spare. They didn’t look happy! 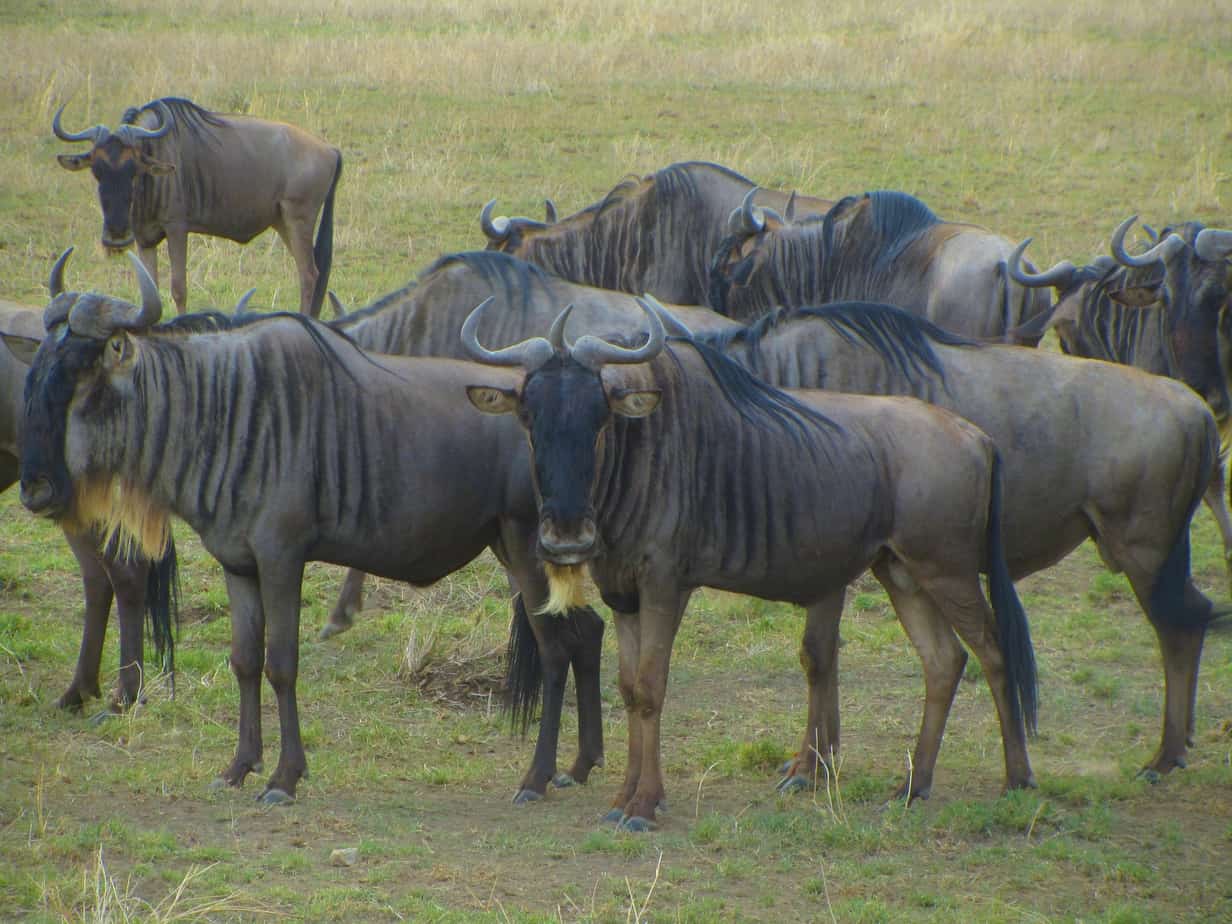 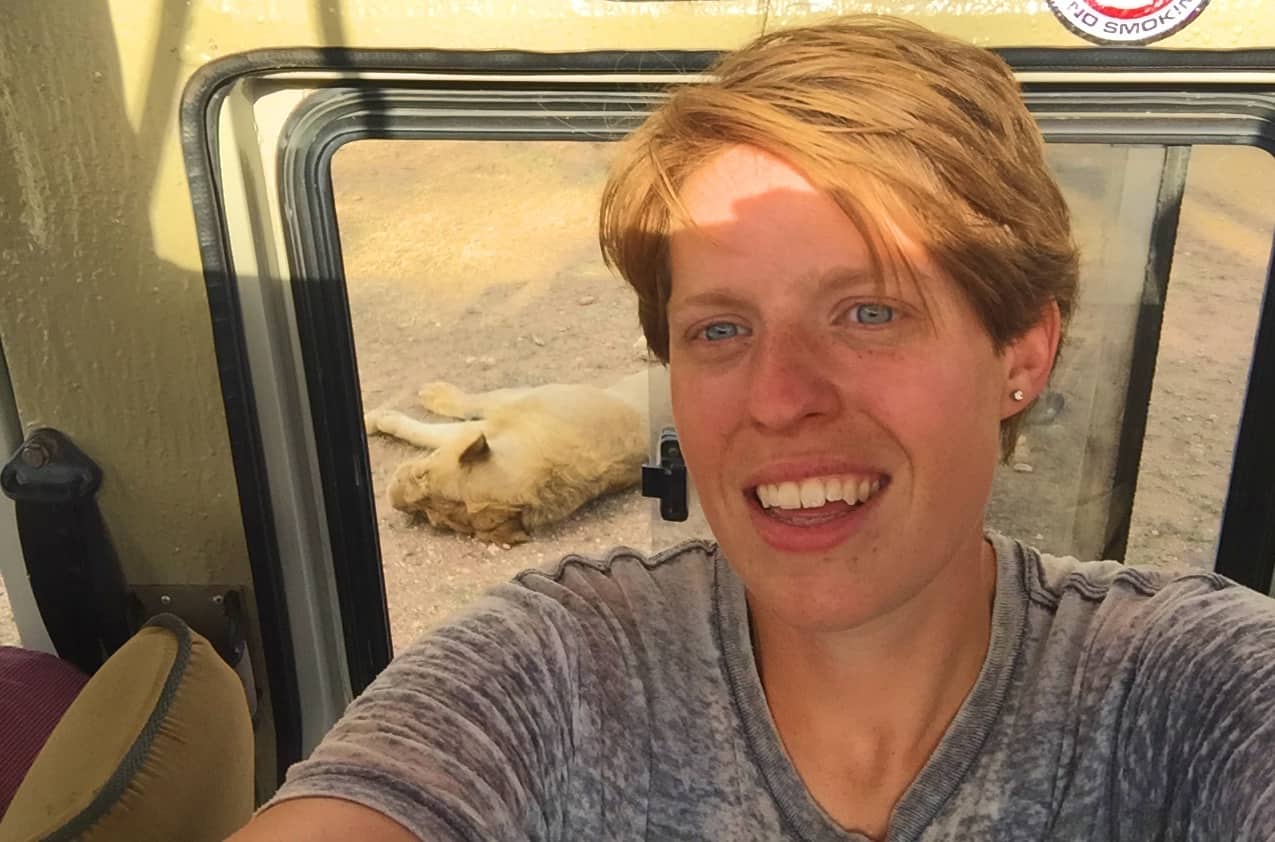 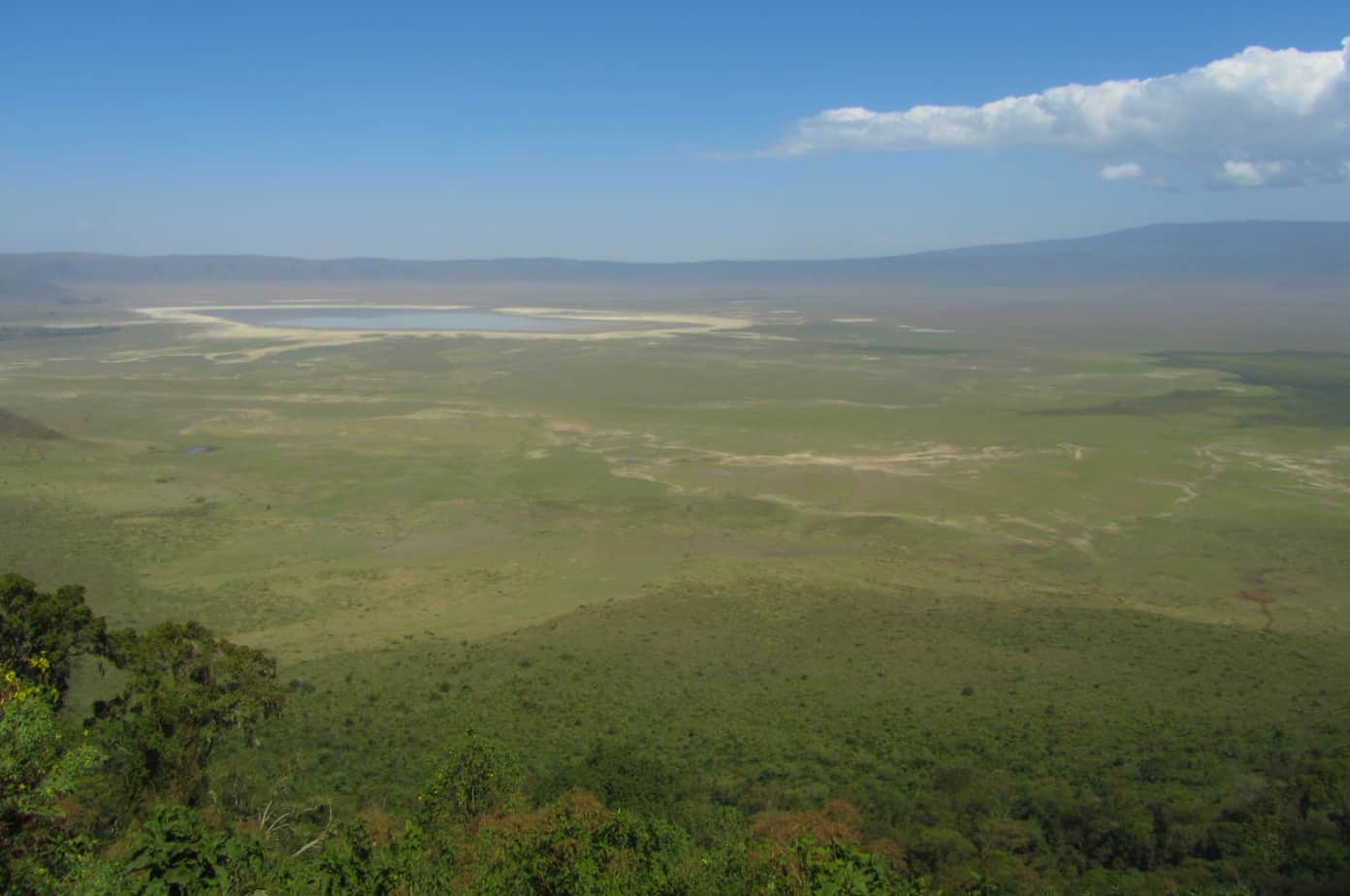 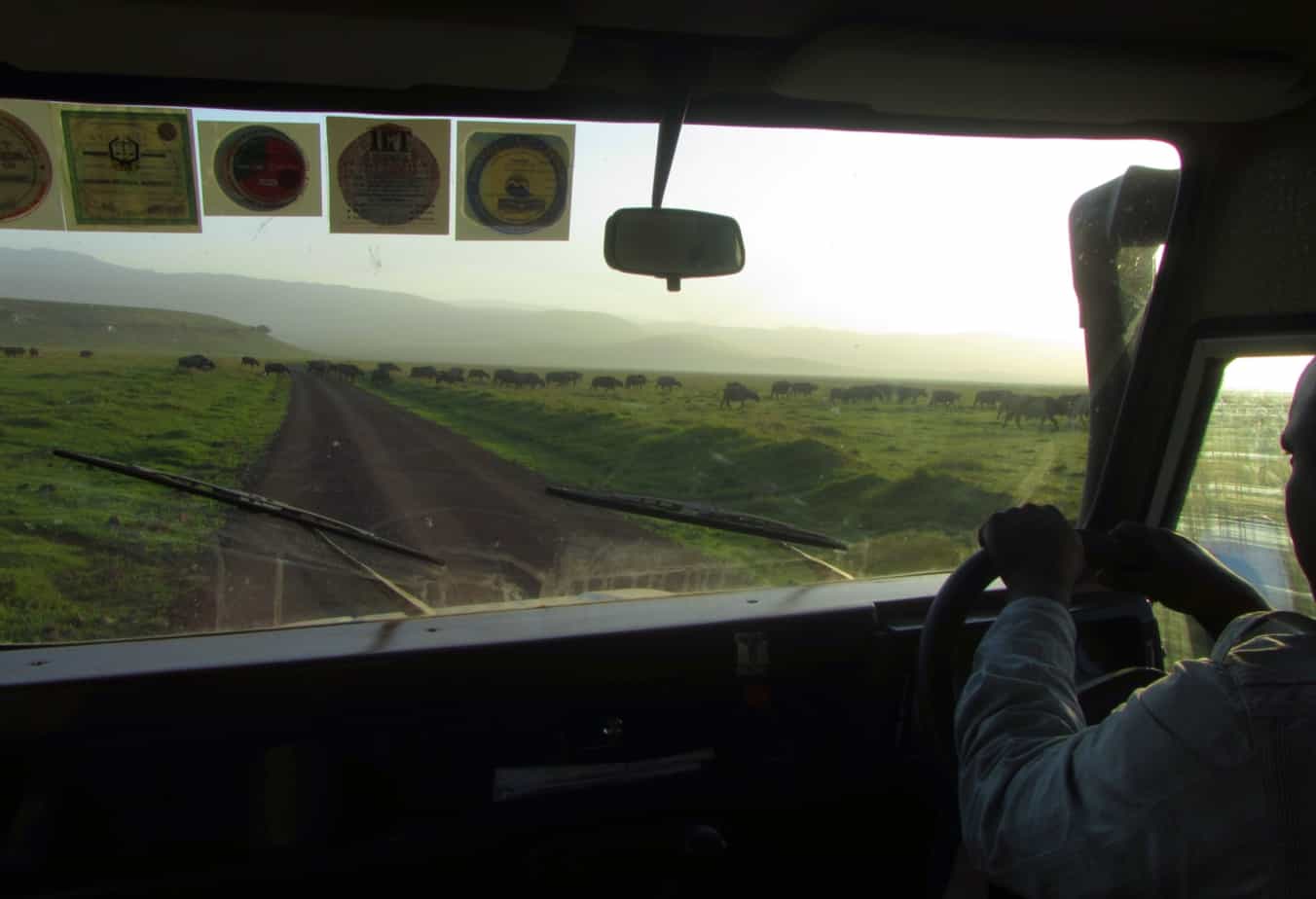 Another consideration with the budget safari is that you will be grouped with other tourists. As many as they can get in 1 jeep. We had a 9 seater jeep to ourselves. Having the space to spread out and sleep on the long travel journeys and move around to see the animals properly was great. As was dictating what we stopped for and for how long. It’s a lot of money on the line, which is why I did a lot of research before I choose my company – Misele Safaris.

Misele Safaris have a huge range of options and a quick email will give you an estimated quote. We had an amazing chef (our meals always looked the best in the campsites!) and a friendly and experienced safari guide. Comfortable jeep and camping equipment. They are also a socially responsible company who pride themselves on providing fair wages and on giving back to the community. It’s hard for me to find fault in the service they gave us. 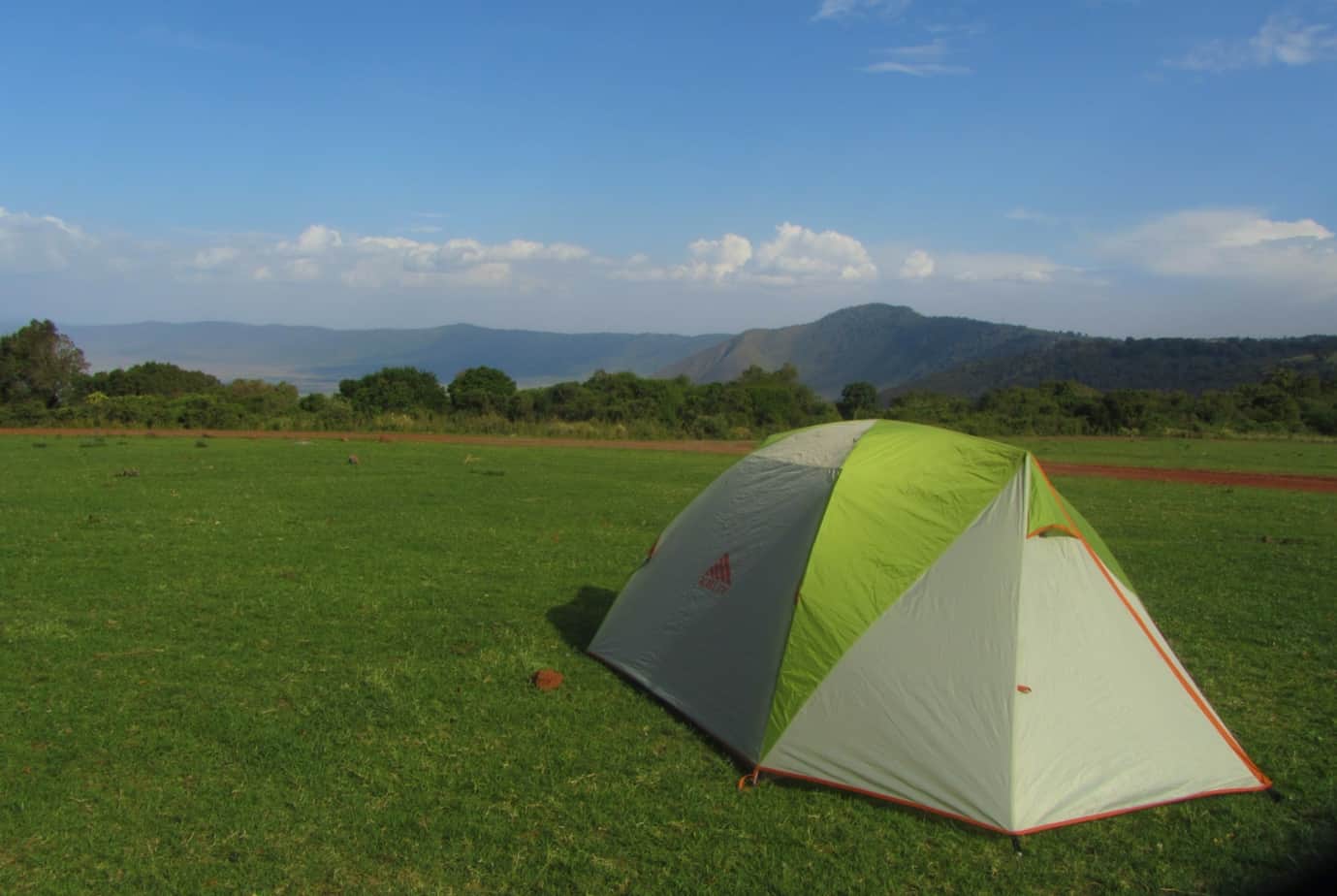 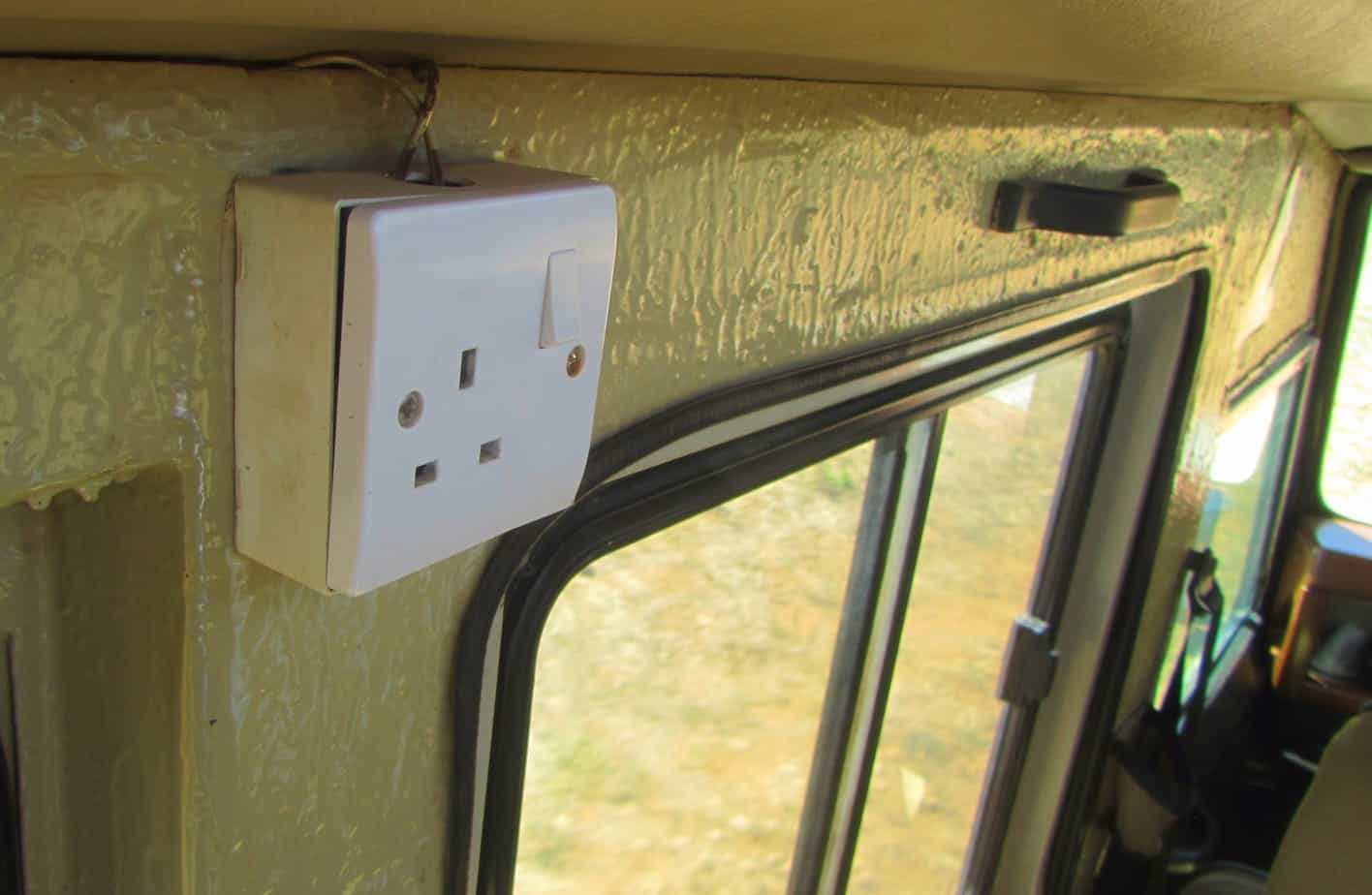 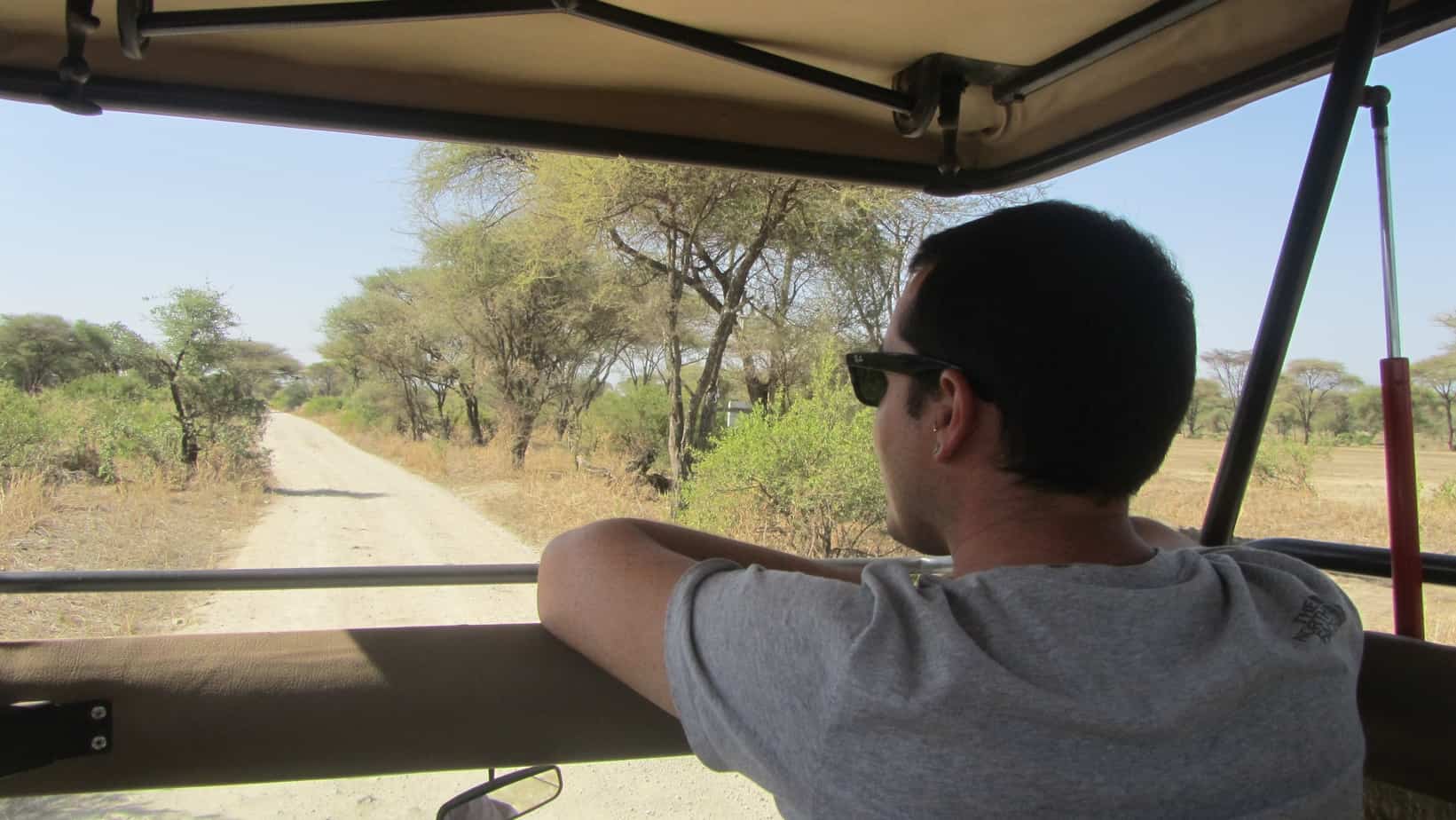 My top tips for going on a safari in Tanzania 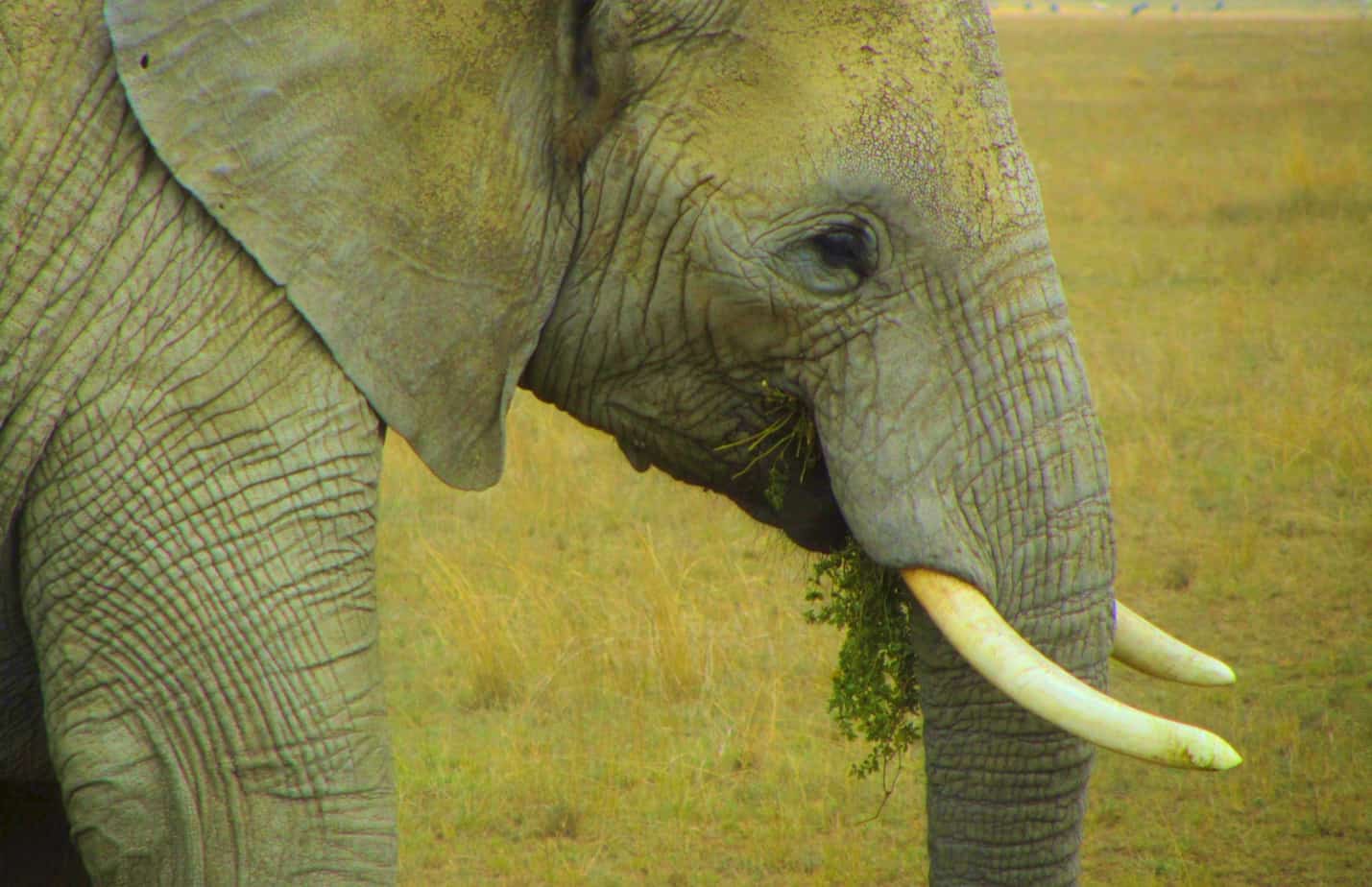 If you found this blog helpful, follow me on Facebook, Twitter and Instagram. Or you can subscribe to my YouTube channel. I give all my advice out for free on my website. If you want to say thanks, you can buy me a coffee! *Any women reading this?* I founded a women’s adventure community called Love Her Wild. Check out our private Facebook page and see what adventures we have coming up.