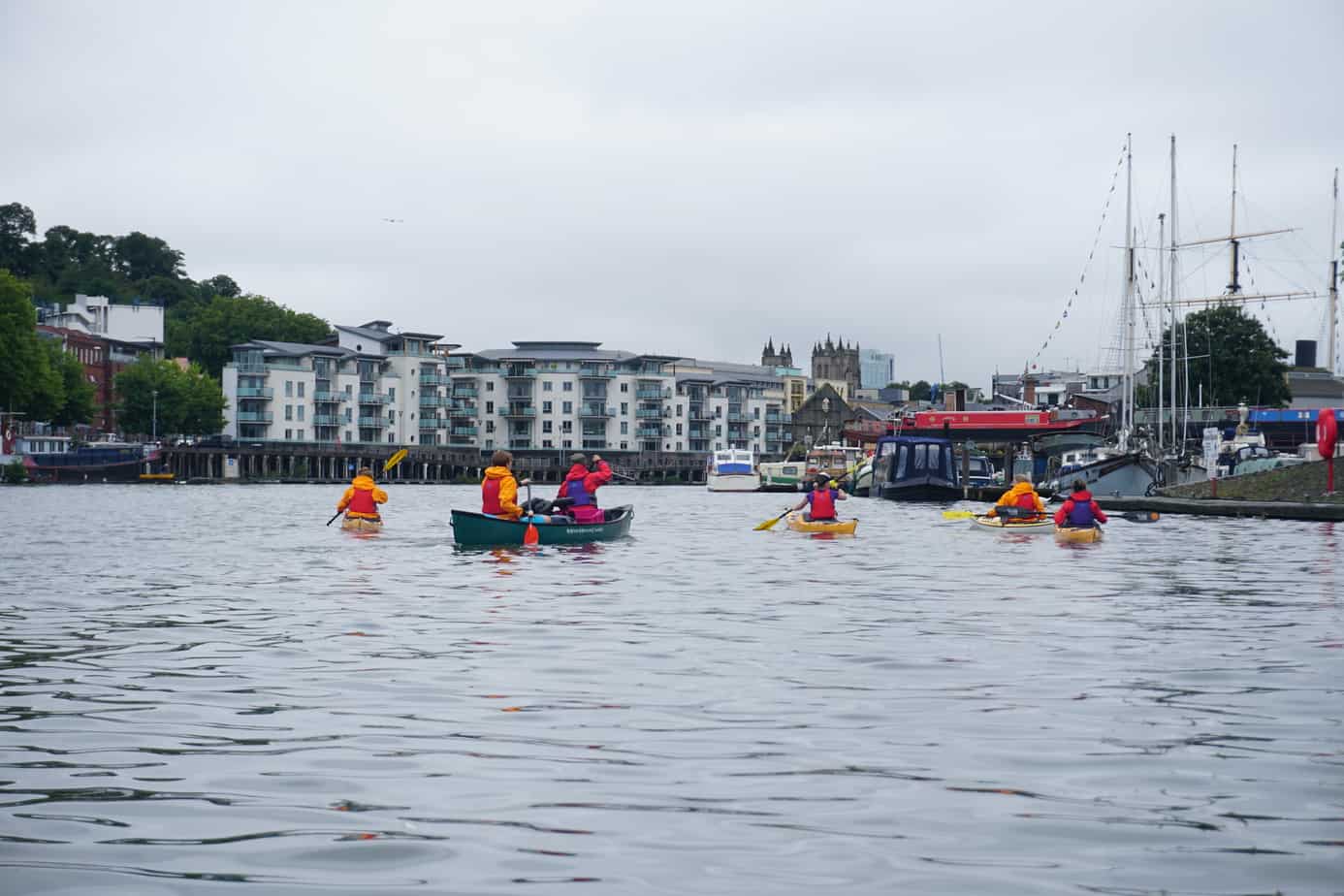 A lazy morning can only be appreciated in it’s fullest after a tough week on an expedition. I am still in my PJ’s lying in bed, thinking how good it feels to rest the legs and snuggle into soft bedding. I’ve got a fuzzy feeling in my belly. Not from the 3 chocolate croissants I just scoffed, but because I’ve come to the end of a week where I feel like I have lived my life to its absolute fullest. This is contentment! 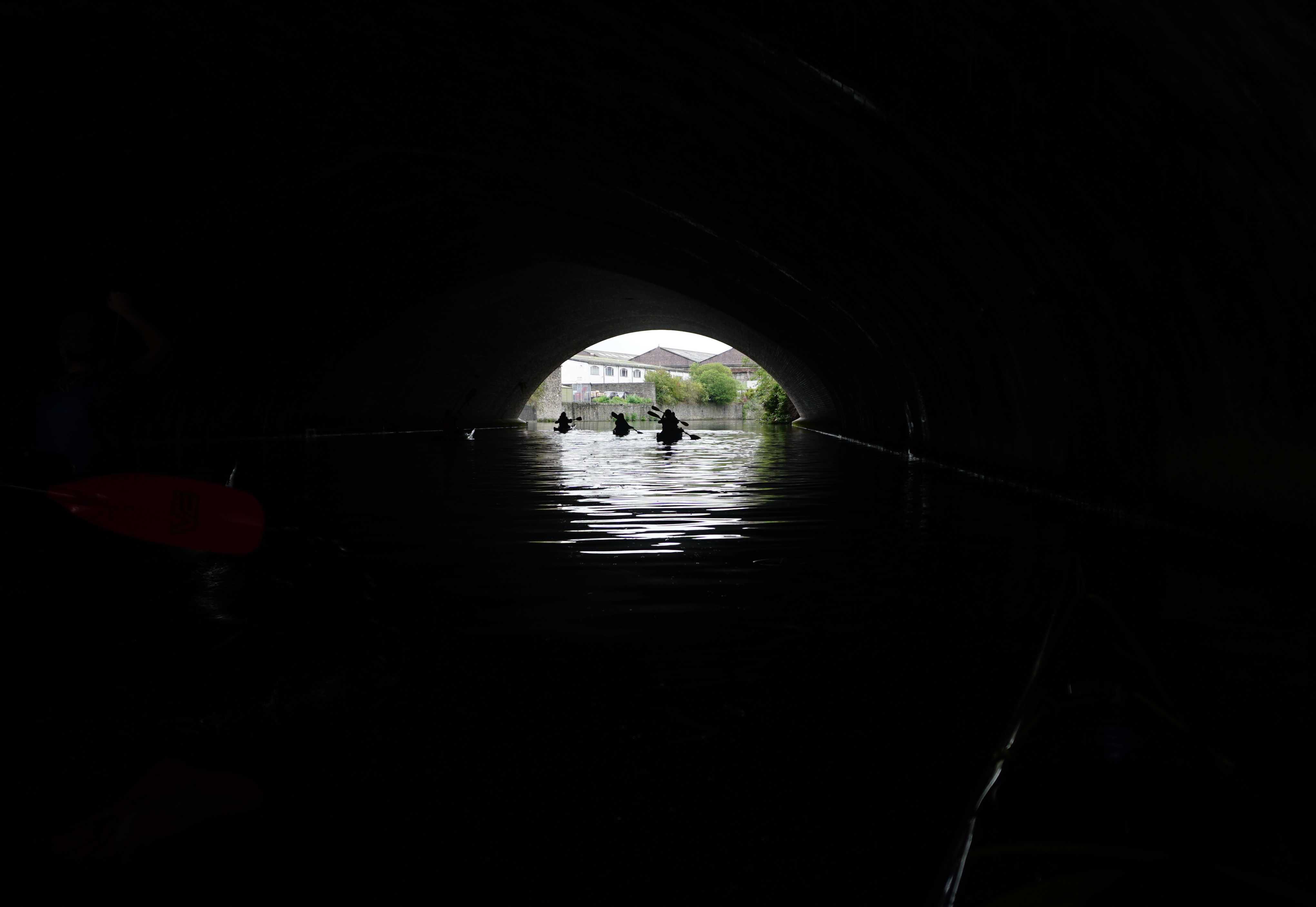 Just 2 months ago, I made contact with Erin Bastian for the first time. Something sparked instantly. We had both recently set up adventure companies with a similar ethos and also shared a huge passion – saving our oceans. It took less than a day for the Paddle Pickup concept to come to life and we both ran with it.

We would bring together a group of women to kayak the length of Britain from Bristol to London via 300km of waterways. Along the way, picking up plastic rubbish and raising awareness about plastic pollution in our seas. 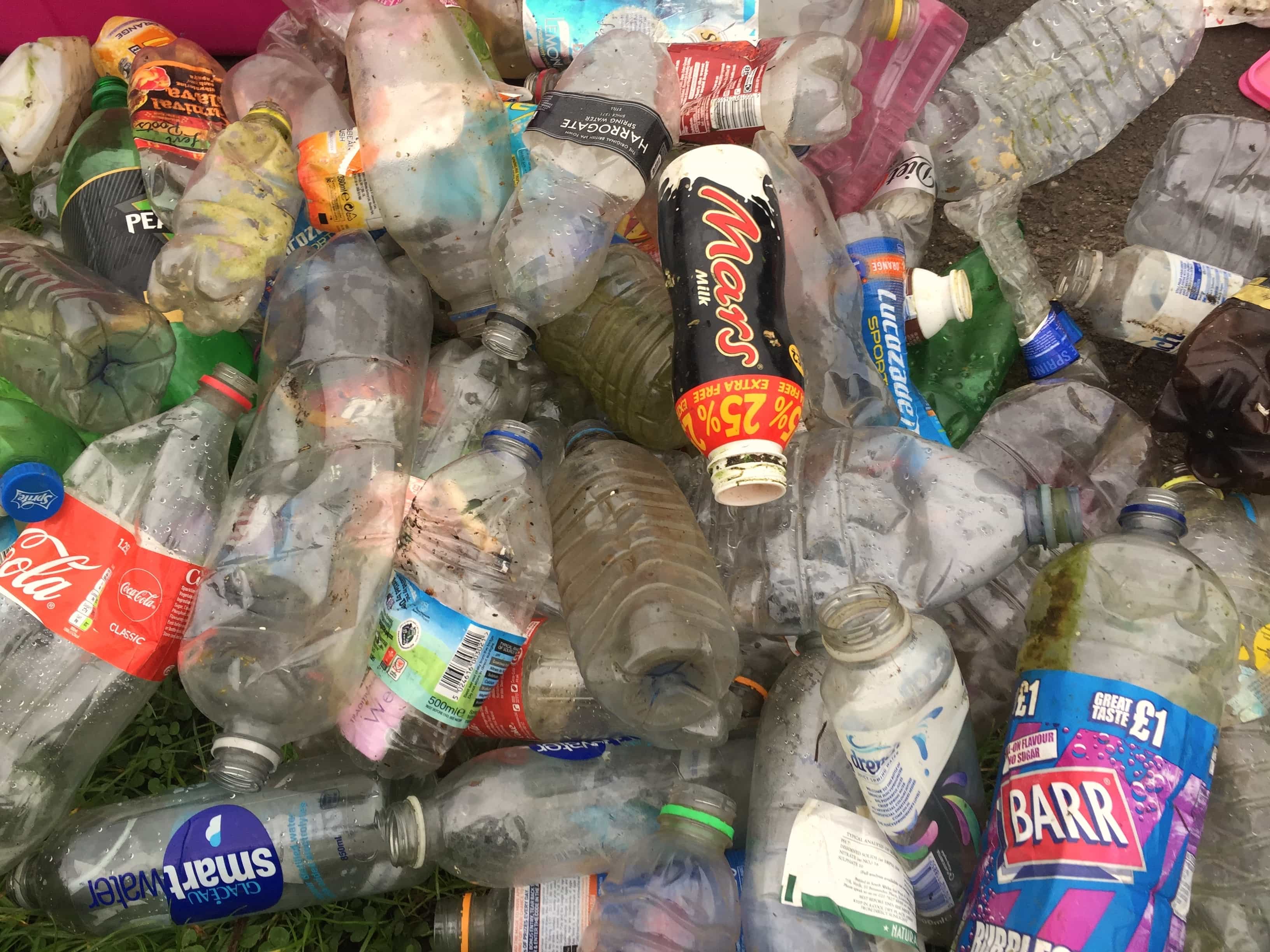 I have never worked so hard on a project in my life. Erin and I threw ourselves into every aspect of planning and sharing and got swept away when it grew bigger than either of us could have imagined.

Then, all of a sudden, it was here and I was heading to Bristol for our launch event. And I was feeling nervous. Firstly about the event. We’d brought together local MPs, campaign drivers, CEO’s and journalists to discuss the topic of plastic pollution. I wanted it to go well. Then there was the adventure itself. To keep it ‘real’ Erin and I had chosen an expedition that hadn’t been done before in this way. We didn’t know how it would work, how long each day would take or even if the locks were possible to negotiate with all our gear. There was a lot of uncertainty, not least because I hadn’t actually kayaked more than a handful of times in my life before. And never longer than a couple of hours.

Could I even complete 20km in a day? I didn’t know.

So, I was nervous.

Messing about in boats

“belive me, my young friend, there is nothing – absolutely nothing – half so much worth doing as simply messing about in boats” – Wind and the Willows

As soon as I set off from Bristol Harbour, my nerves melted away in an instant. The night before had been a huge success. 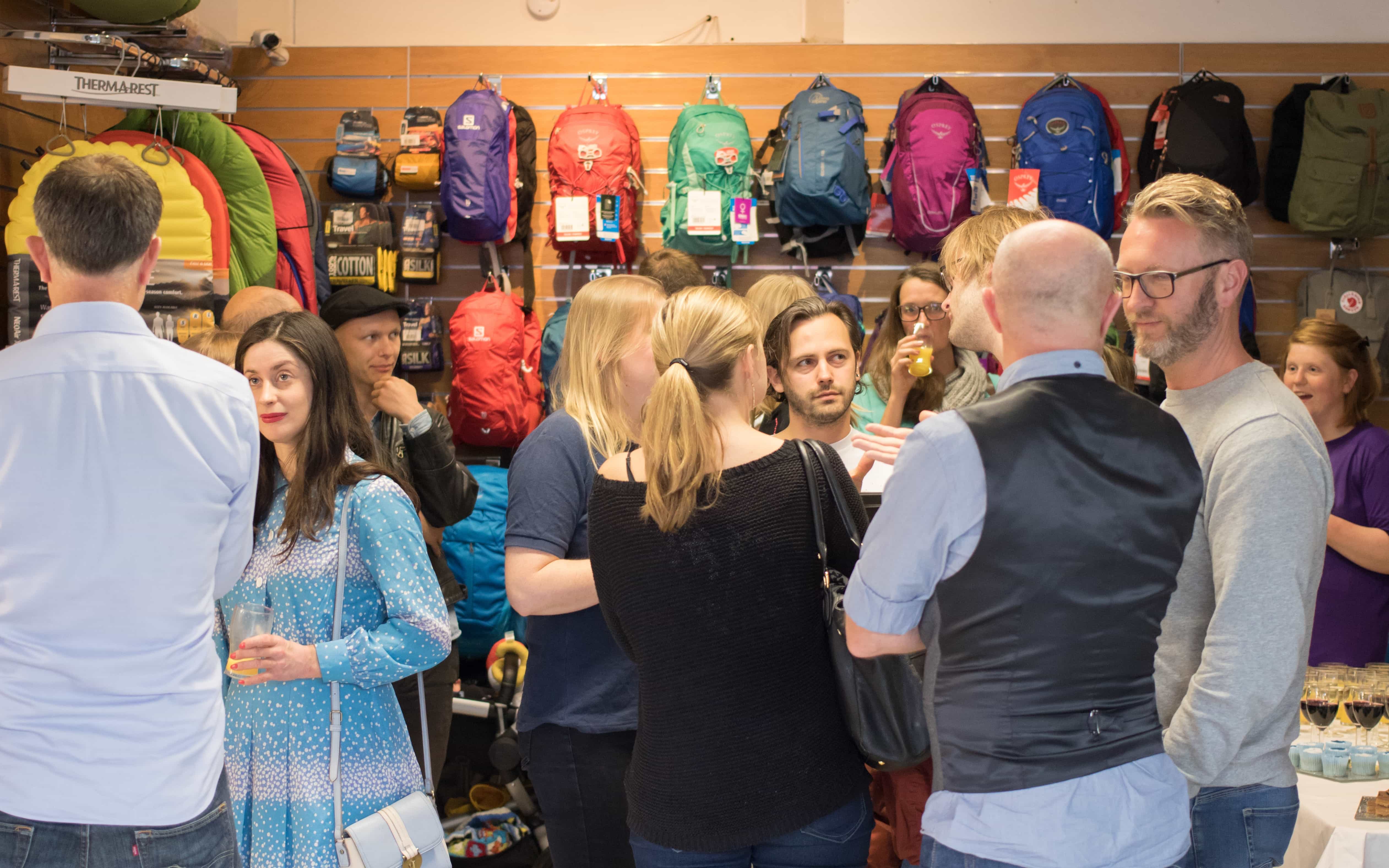 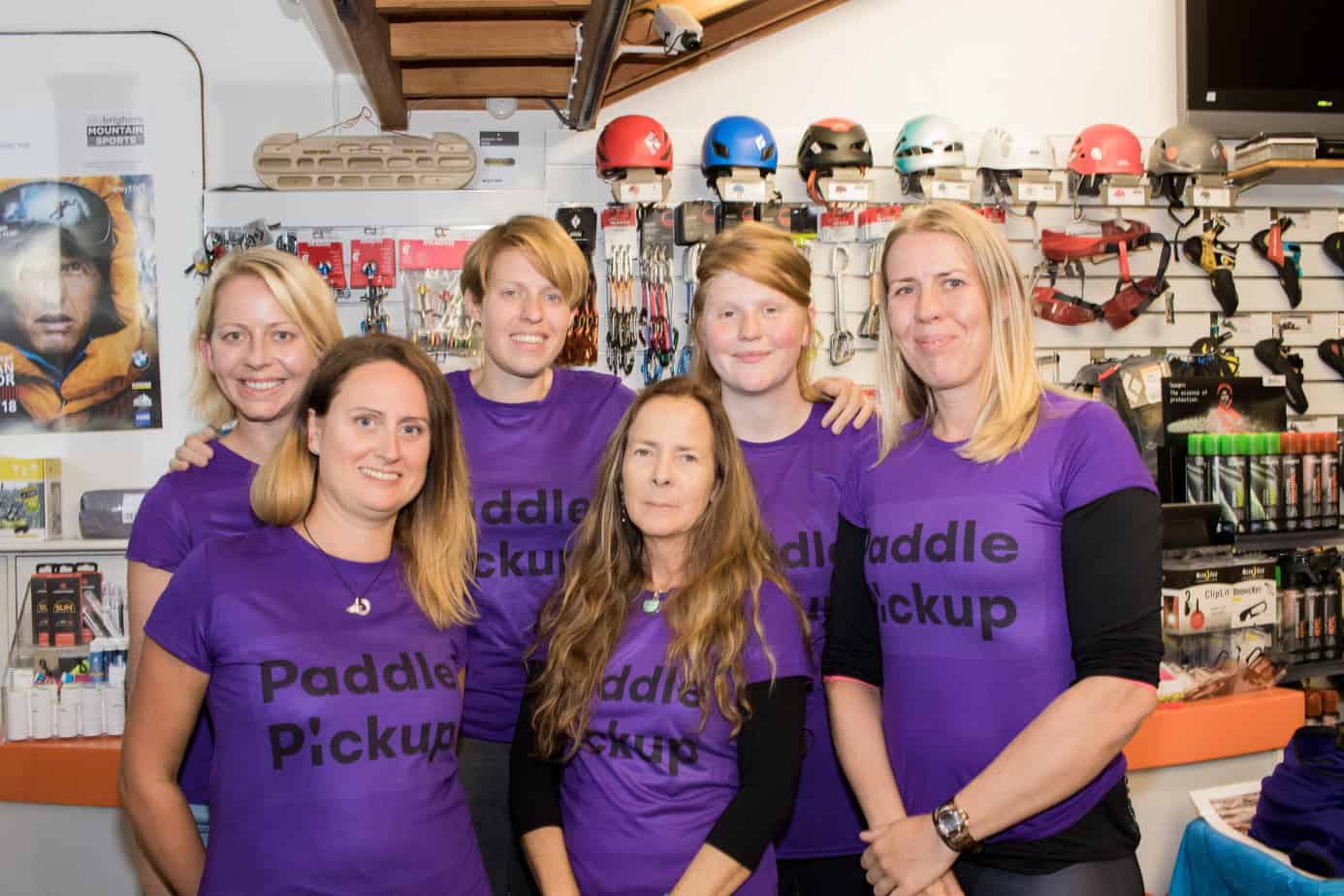 It was so relaxing pootling along on the water, watching the city folk head into work. I had 7 awesome new women to chat to and we all threw ourselves into the task of collecting the plastic that surrounded us. 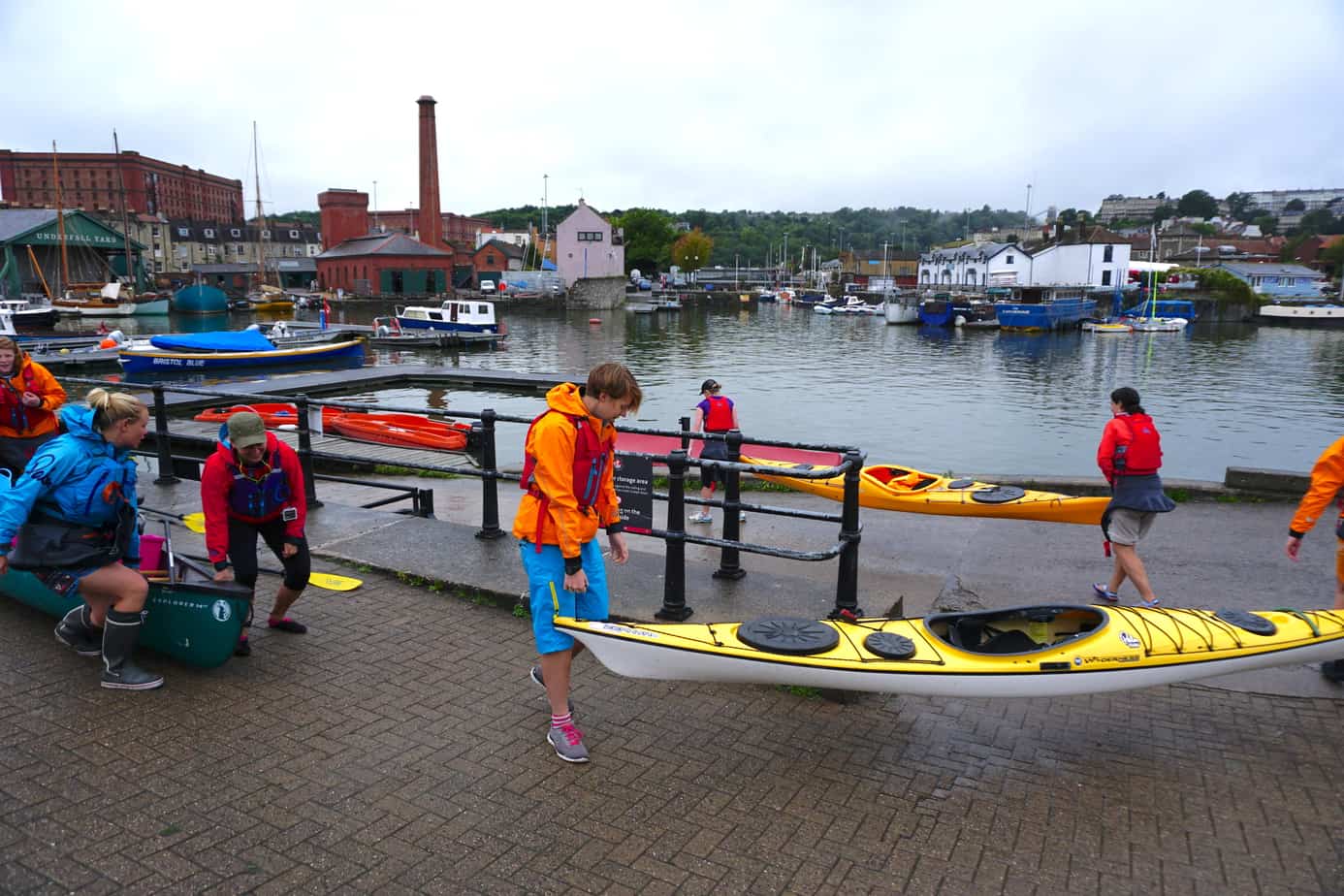 Then we were in glorious countryside and quiet that I hadn’t experienced for weeks. And, breath…. 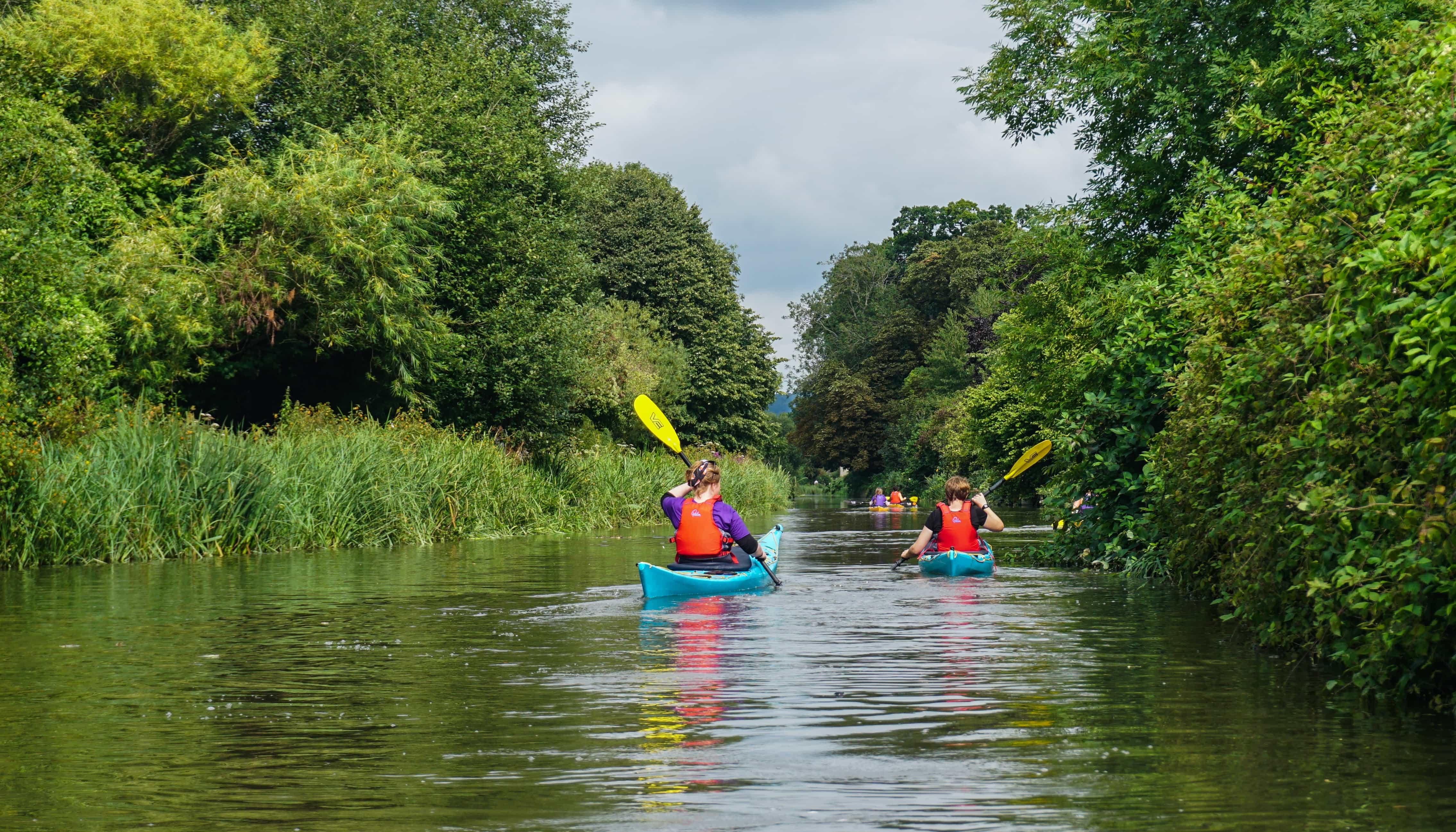 There was lots of laughter, right from the beginning. Even when we came across our first lock and discovered just how grueling this task was. It meant lifting ourselves onto the pontoon, getting the kayaks out of the water – and the 2 man canoe which we were bringing along to collect all the plastic – carrying them over to the other side, getting them back in the water and finally us back in the boats.

Sometimes there were locks back to back meaning we had to carry everything up to 1 km. These are expedition kayaks. They’re heavy! I think this is what destroyed my shoulders and blistered my hands even more than the paddling itself. 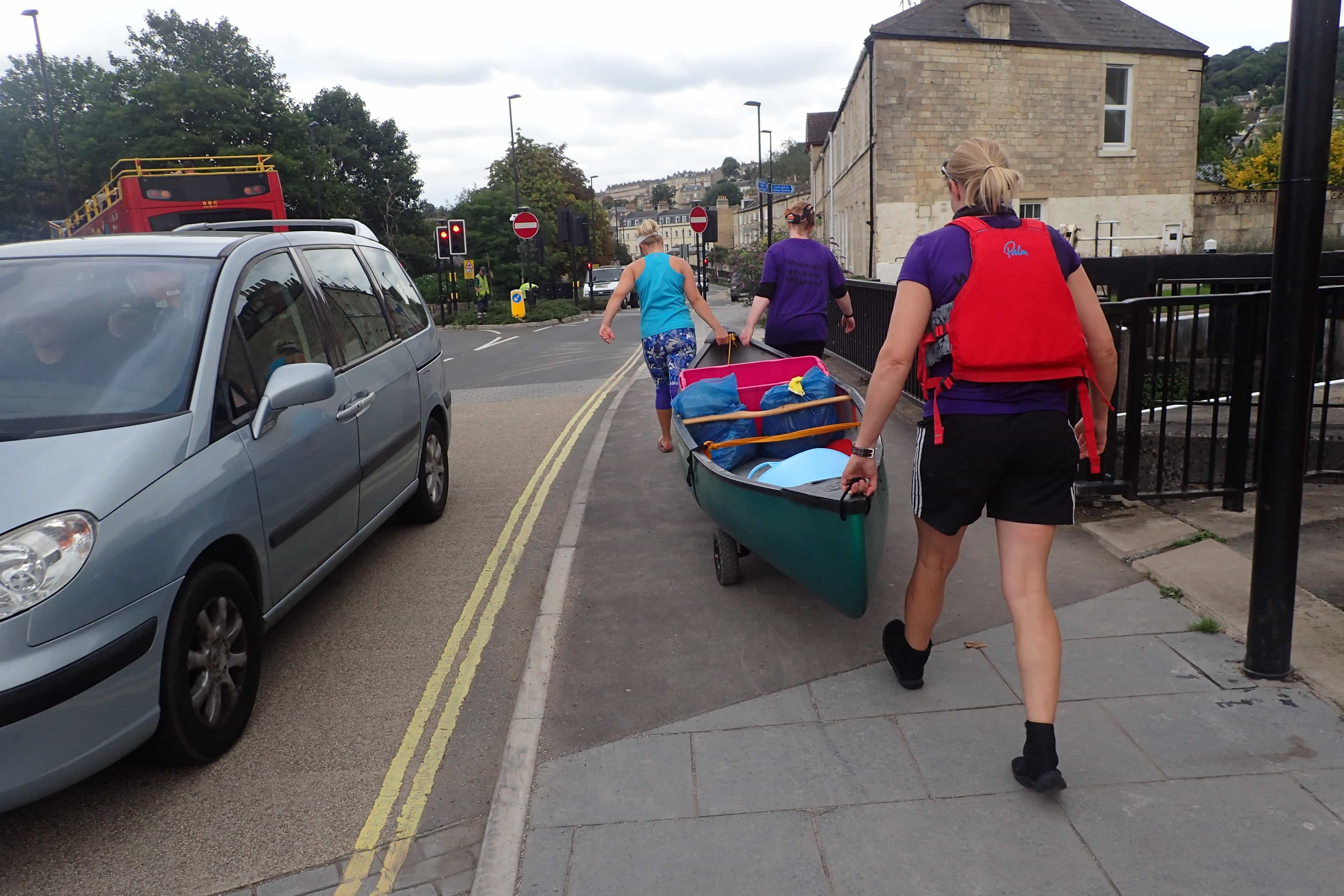 I surprised myself by how quickly I picked up the kayaking considering I had never really done it before. The first 2 days were long and tiring and I had a few moments where I doubted if I could complete the full 300km physically. But breaking it down really helped. Just focus on getting to the next lock, to the end of the day and then to the end of the leg.

Each night we had a different place to sleep. From a church hall to wild camping by the locks and even in a bandstand in a school! It was fun not knowing what each night would bring. 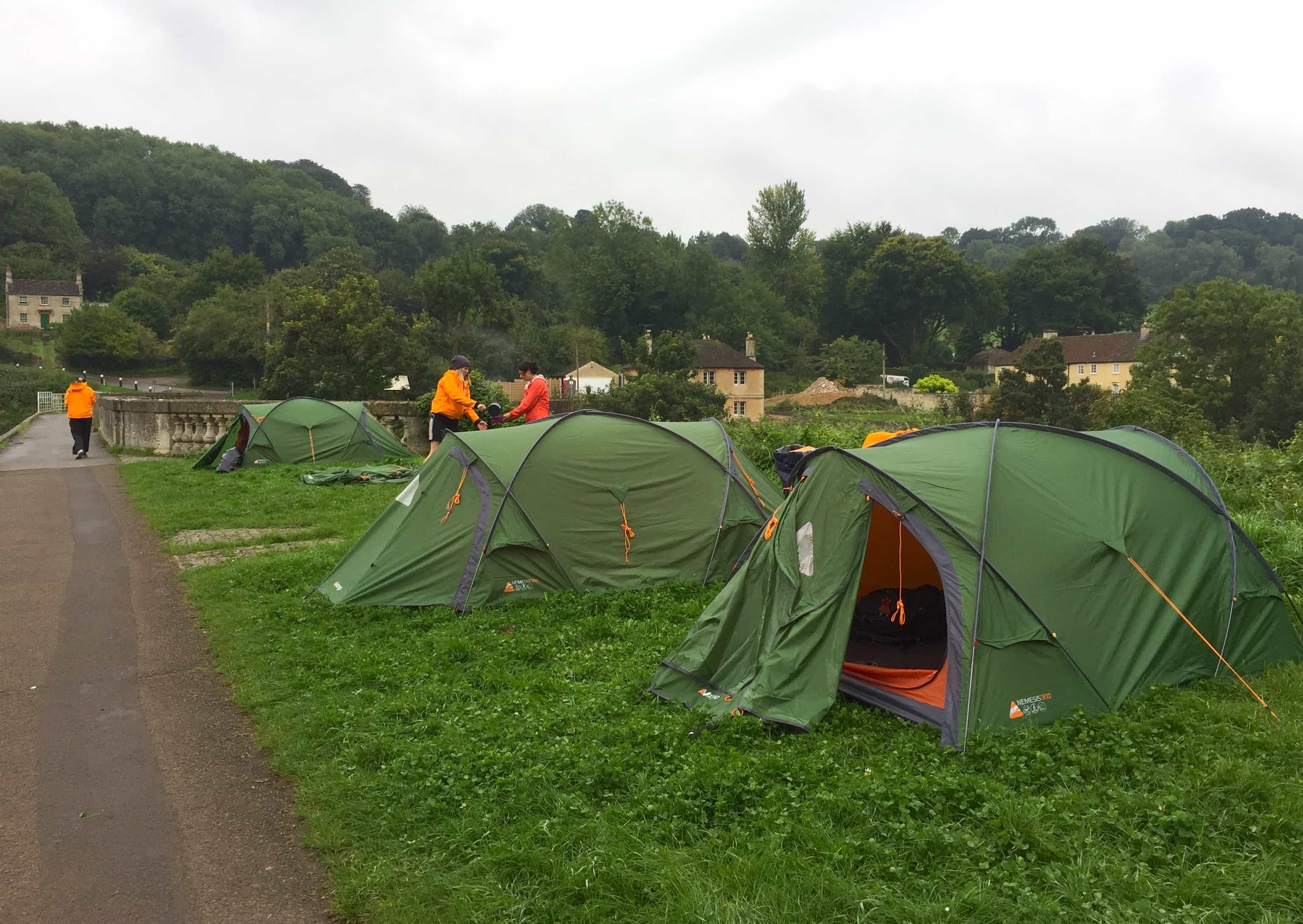 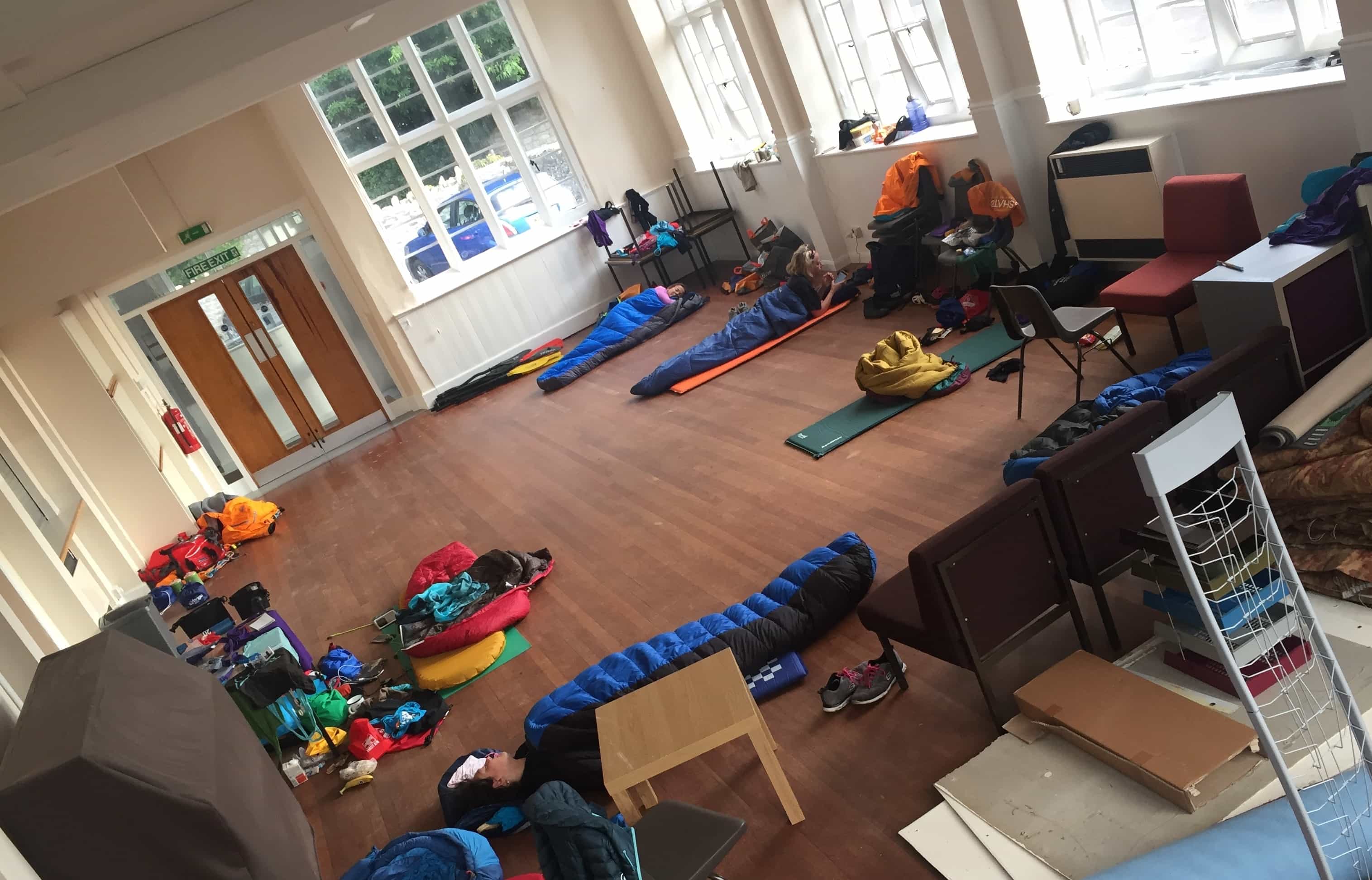 It wasn’t always easy being in such tough expedition conditions with 7 women I had never met. Managing cooking each evening on small stoves and organising the team to carry the kayaks at each lock. We were all so different. Yet we bounced back quickly when the mood dipped and we continued to celebrate our successes and keep the smiles on our faces. 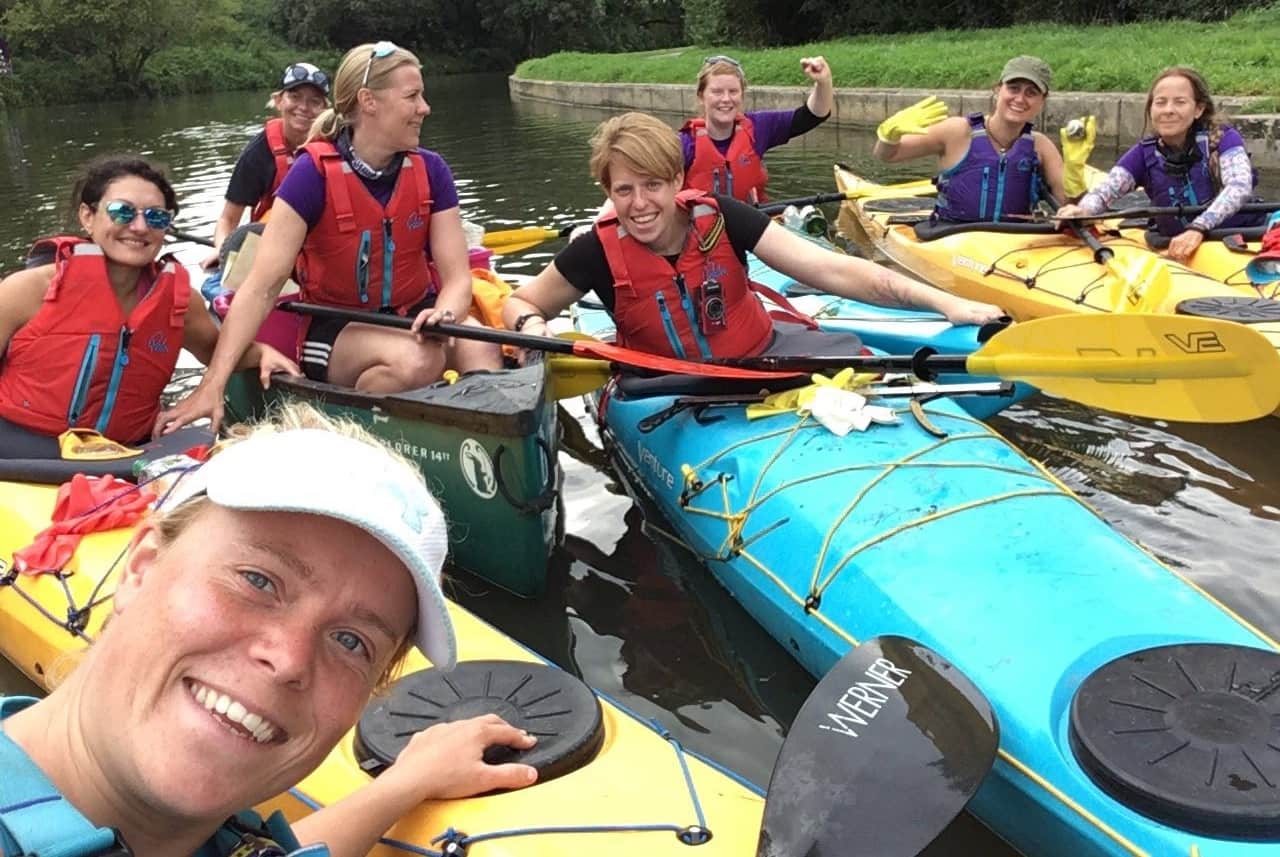 By the end of 5 days, we had kayaked over 100km and collected over 621 pieces of plastic rubbish from our waterways. This is a huge amount of plastic that would have otherwise ended up in our seas where it harms wildlife, litters our beaches and damages economies. 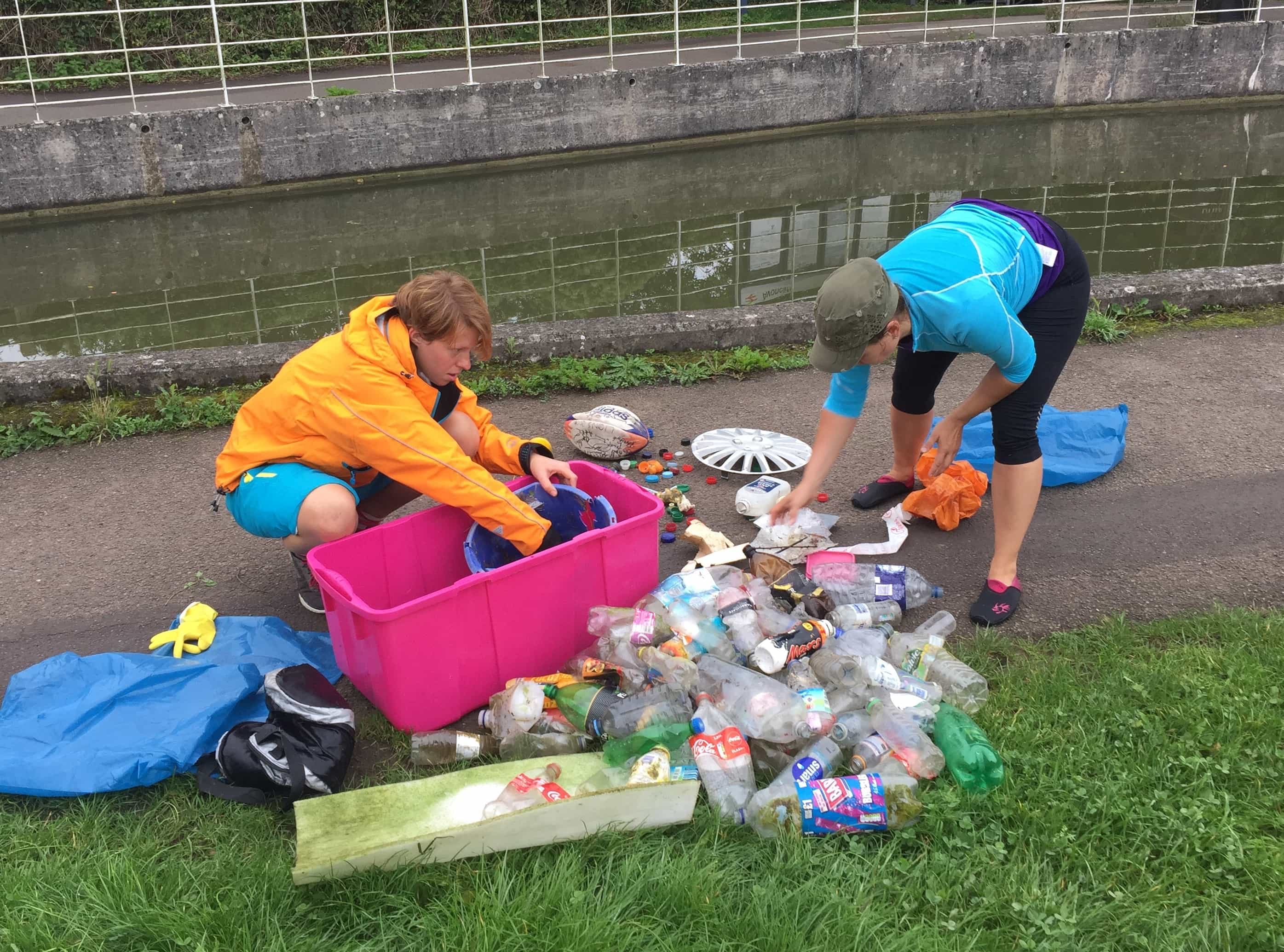 This was all about doing my bit and proving that individuals really can make a difference. Well, here are our stats to prove it! 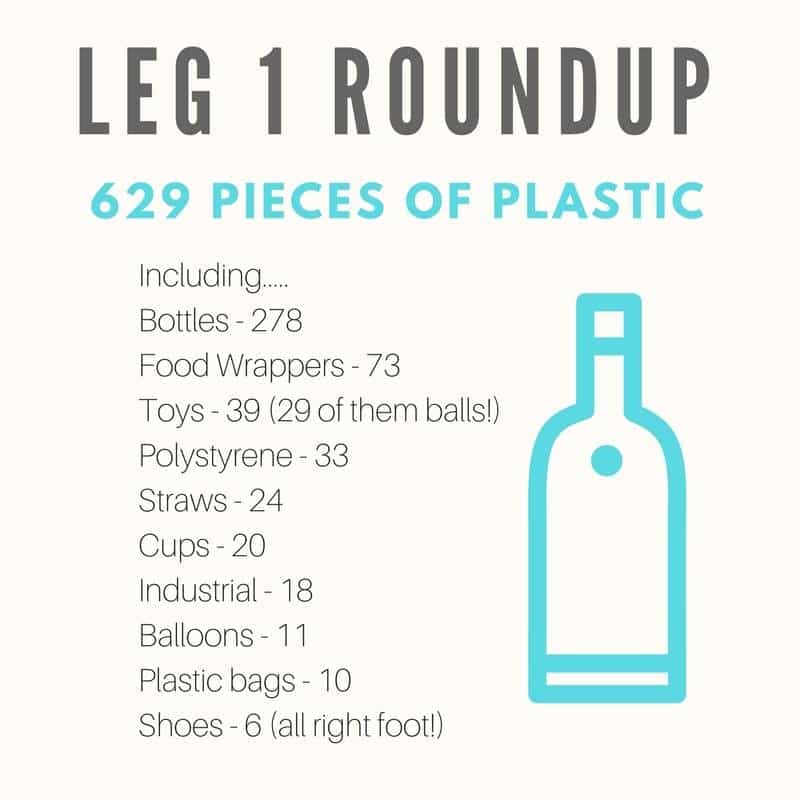 As we neared the end of leg 1, I had the familiar mixed feeling. Sad that we would be saying goodbye to 4 of our members and that leg 1 was already over. But also excited about having a day off to shower and to be spoilt by loved ones.

At kilometer number 99, just 10 minutes from finishing, I accidentally rolled and fell in the canal as I tried to get out of my kayak to get over a lock. The first (and most likely only) team member to fall in. Classic Bex moment. I might have done a load of adventuring, but I will forever be the clumsy, daft girl I was always meant to be. Proud of that…. 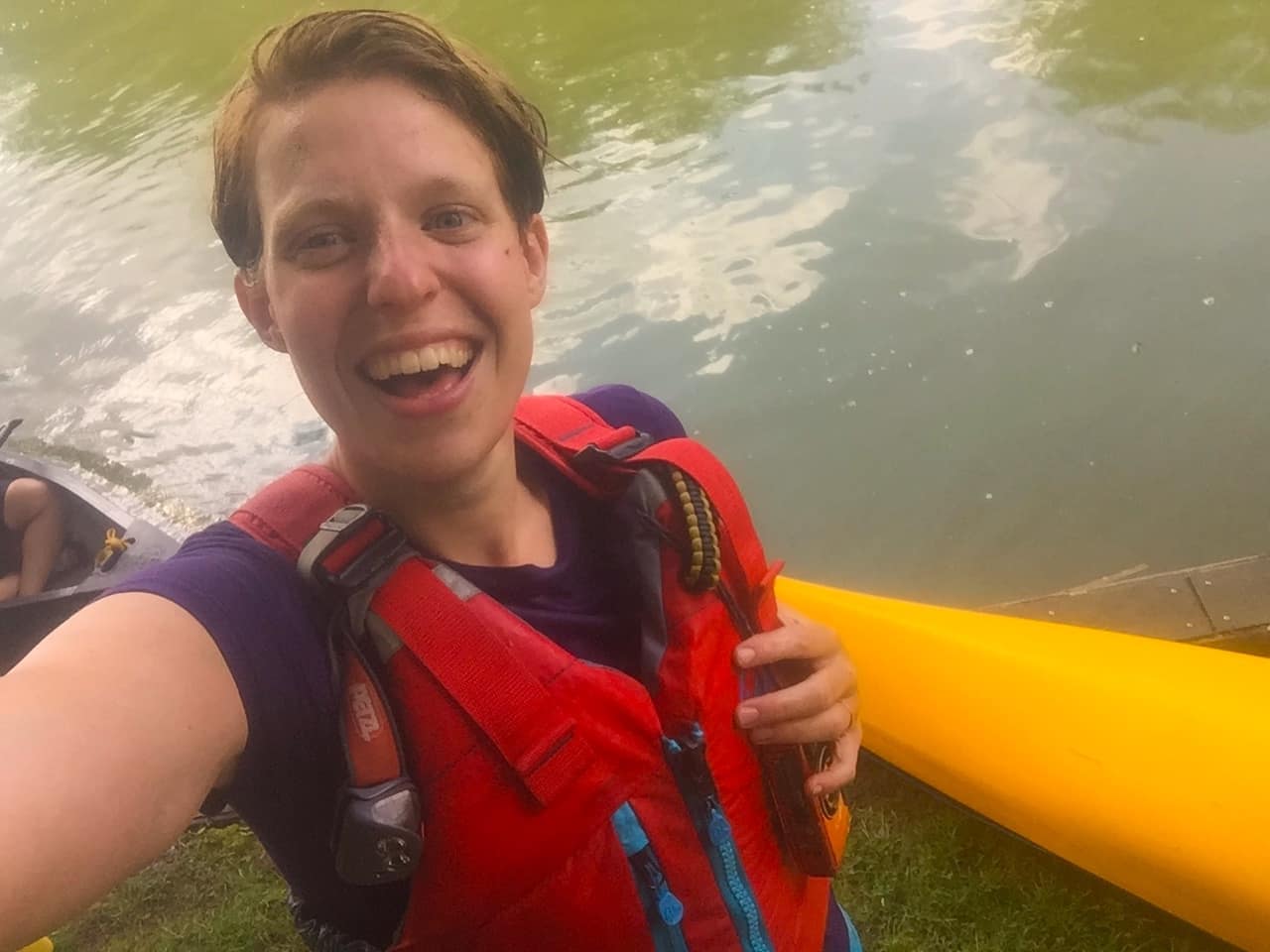 I’m posting regular videos, photos and updates on my Facebook Page so do follow me as I throw myself into the next 200km of the Paddle Pickup expedition!