Press release template for your adventure 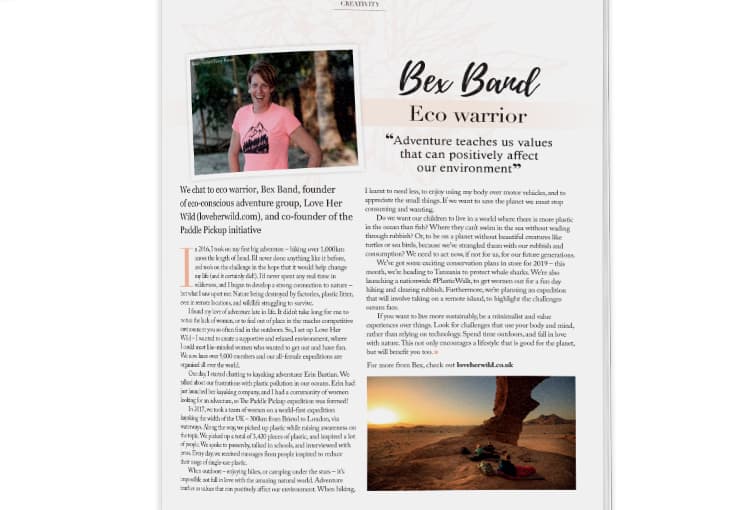 It’s worth spending a bit of time writing a press release that is as good as you can get it. It’s your best shot at getting media interested in what you are doing.

Although this template is based on research I did online (and my own experience) you don’t have to follow these rules. If you’ve got an idea on how to get peoples attention then give it a go!

Your press release shouldn’t be more than 1 page in length. And should include the following:

This will be the heading of your press release. You want it to be catchy and to sell the biggest features of your story. Try to use attractive words like ‘world-first’ or ‘record-breaking’ to make it sound exciting. Make it bold.

Your first sentence should be a summary of your story. Basically your title but written into a sentence with all the important details.

Expand on your story. Introduce who is involved, when it will happen (give an exact date and time if you have one) and the why.

If unsure what to include or what is the most interest part of your story then ask a few friends what they think or what questions immediately come to mind when you tell them about your plans.

Your final sentence should give the name and contact details of the individuals involved. You can invite the press to get in contact for more photos (or high-res versions of the ones attached) or to arrange an interview.

When you send out the press release you will also want to include a cover email. I keep this really short. For Kicking the States I used the following email (sent out after we’d completed the expedition):

A couple has just completed a world first Kick Scooting 1,750 miles the length of the USA – from Vancouver (BC) to Tijuana. All for a good cause!

Tomorrow will be their last day in San Diego to give interviews with the scooters. Please find the full press release and contact details below.

Note that I talk about myself in the third person. From my experience, this has always had more success….maybe because it sounds like you are important enough to have people working for you!

The subject line is super important as journalists will skim through their emails looking for stories, just opening the ones that catch their eye. I tried lots of different headings. Putting ‘news tip’ at the beginning seemed to work well. As did using caps lock to exaggerated words.

I would also emphasise words that would make the story relevant to the press. For example, if contacting London press I would use ‘London couple complete world first expedition’

This is the press release that I sent out following our Kicking the States expedition. We had another one which we tailored to send before the trip and one to send out mid-way.

Note that this is the sort of length I would send out to local press. For national papers or bigger magazines, you will want something much shorter and snappier!

World-first 1,750mile USA expedition
Couple kick-scoot the entire length of the USA to help build a school in Africa.

UK based couple, Bex Band and Gil Drori, have been bravely attempting a 1,750mile journey travelling the full length of the USA using kick scooters only. These are non-motorised scooters that are powered by leg muscles alone! The expedition, named ‘Kicking the States’ began on May 17 in Vancouver, Canada and ended on August 4 in Tijuana, Mexico. This has broken the world record for the longest anyone has ever travelled on a 16″ kick scooters and is the first time anyone has kick scooted the length of the USA.

“We can’t believe we finished Kicking the States,” Band says, “it’s been an incredible experience and the people of America have shown us true kindness and support along the way.”

Band and Drori have had quite an adventure along the way. A tree almost fell on them while they were camping in the Redwood National Park, they rescued an abandoned puppy which they found by the side of the road and even had to call the police when they witnessed a break-in at a residential home in Pismo Beach.

The scoot has been a real physical feat with many challenges along the way from huge hills to dodging heavy traffic. They experienced cold wet weather in Oregon and a record heat wave in California. The couple has been travelling an average of 30 miles a day and were completely self-contained, carrying all their camping gear in modified panniers that attached to the front of the scooters.

The aim of this expedition was to raise money to help build a school in Tanzania. Band, who used to be a teacher says, “We visited Tanzania last year and since then have wanted to do something to give back as we feel we are so fortunate in many ways. We met children living in extreme poverty and it was very sad to see. We believe that education really changes the lives and future for these children. We are over the moon to reach our $10,000 fundraising target which will be used to build a school in a remote village in Tanzania ”.

The couple reached their target thanks to generous donations from people they passed. They also delivered fundraising talks along the way to companies and centres.

Drori says, “We decided to do this journey on kick-scooters because it is such a fun way to travel. We weren’t sure how people would react to our challenge but we’ve been blown away by everyone’s generosity and warmth” Drori adds, “Strangers have offered to host us when we had nowhere to stay often also cooking us meals.”

For further information, for more photos or to interview Bex and Gil, please contact Bex on [insert number] or email {insert email]

Now you’ve got a press release, you need to have a strategy for sending it out to media outlets. Follow my guide on how to do a press release to make sure you have maximum exposure.