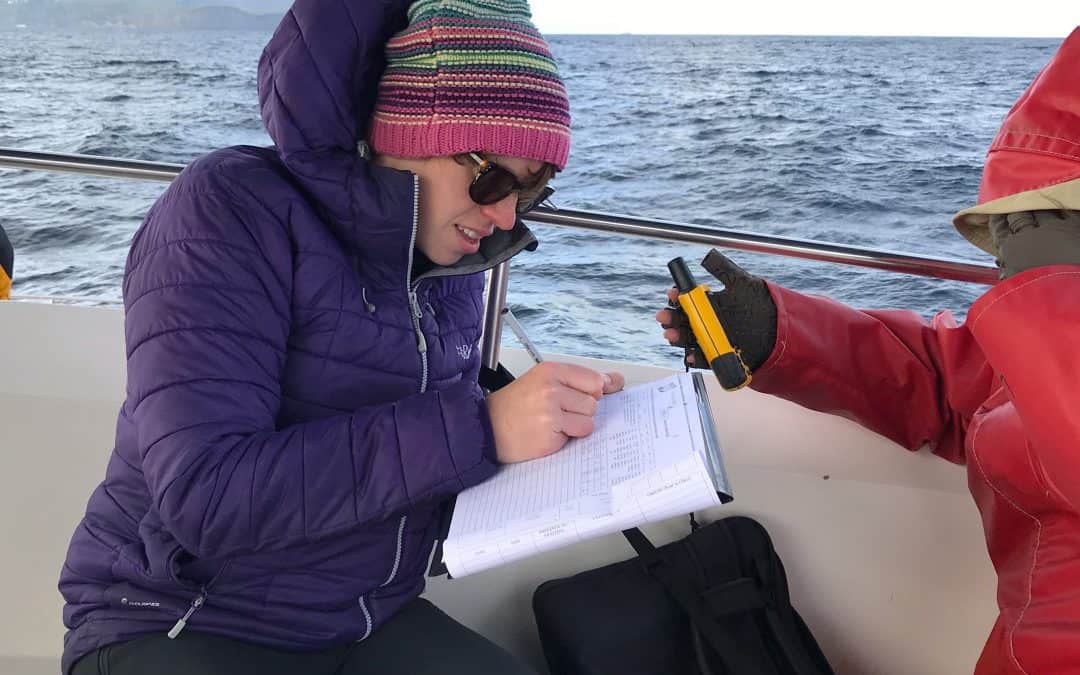 I was sure at one point I wasn’t even going to make it to the Azores. The Eurostar was down to limited service leaving London because of the snow, then strong winds delayed my flight in Lisbon. I eventually found myself in the Azores, but on the wrong island where I had to wait six hours having missed my connection.

At last, after a very bumpy flight in a propeller plane, I landed in Faial.

What an adventure and I hadn’t even started! 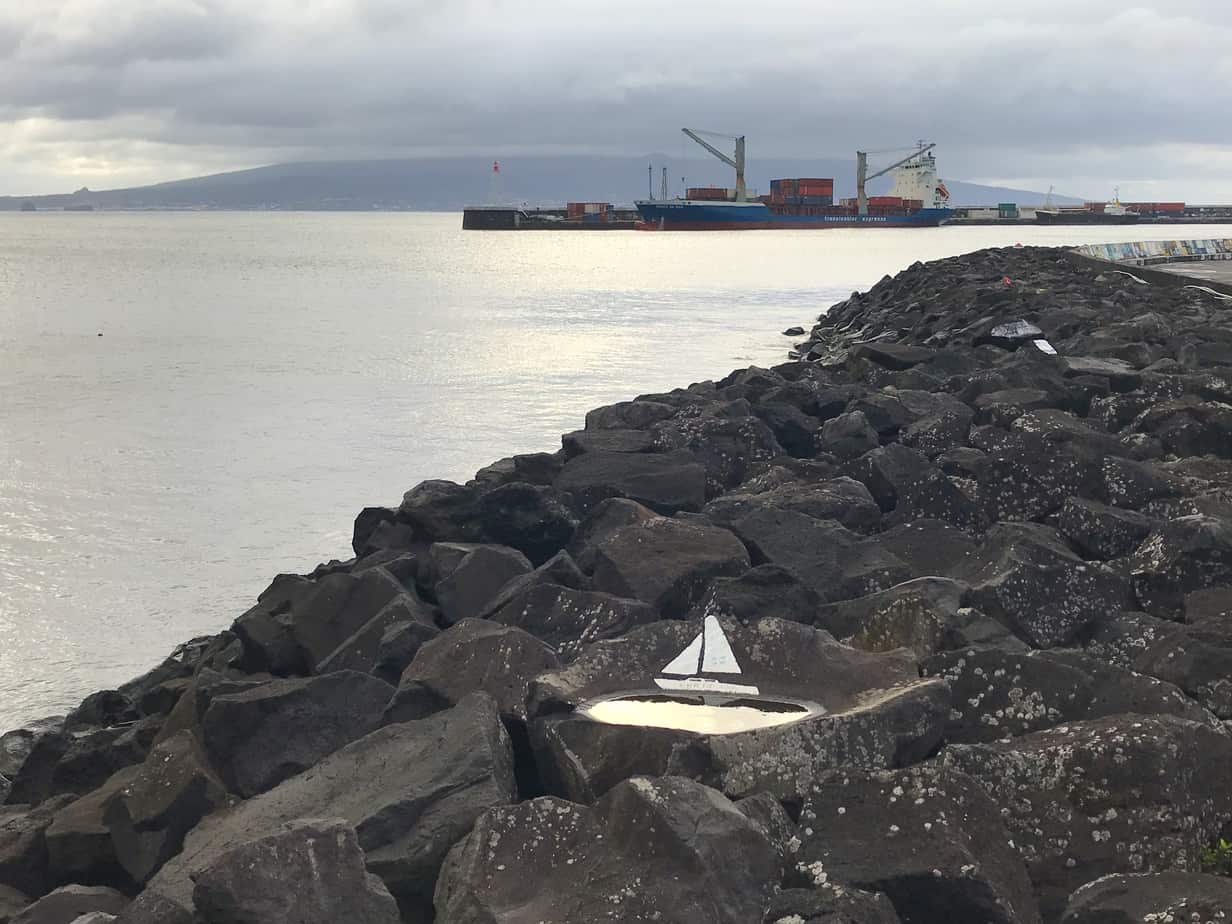 With torrential rain and gusty winds forecast, it was clear from the beginning that my stay here wasn’t going to be how I imagined it. I was here with Biosphere Expeditions, an international citizen science and conservation NGO, for a 10-day whale, dolphin and turtle conservation project. It’s a great concept. Biosphere Expeditions is supporting conservation projects all over the world by providing manpower (that’s where we come in!) and funding. I love the way it allows people to make their holidays count and connects people with conservation issues.

The project I was joining was based in the Azores, where for the last 15 years data has been collected on marine life in the region. It’s a huge task that requires plenty of labour. The research work is done to help better understand the life histories and migration patterns of cetaceans and to look for patterns and threats…an important part of the process when it comes to protecting them. 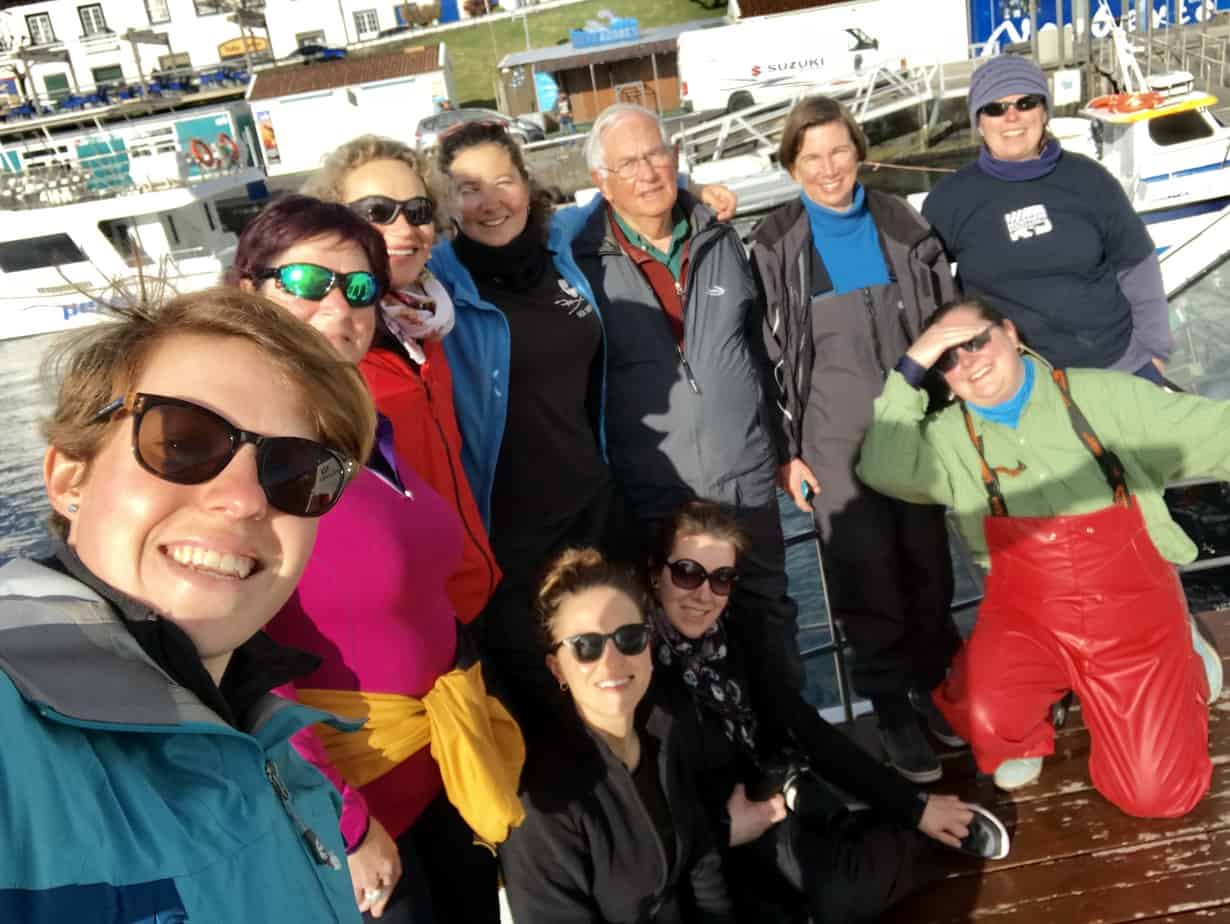 Our group could not have been more varied. Our ages spanned from 23 to 83. We had travelled from the UK, Italy, Germany, Spain and Sweden and all had different reasons for being there.

For the next 10 days we would be based in a large house where we would sleep, eat and organise the data we collected. Each day we would be out from 9 – 5 on our catamaran research vessel, searching for wildlife and recording data. 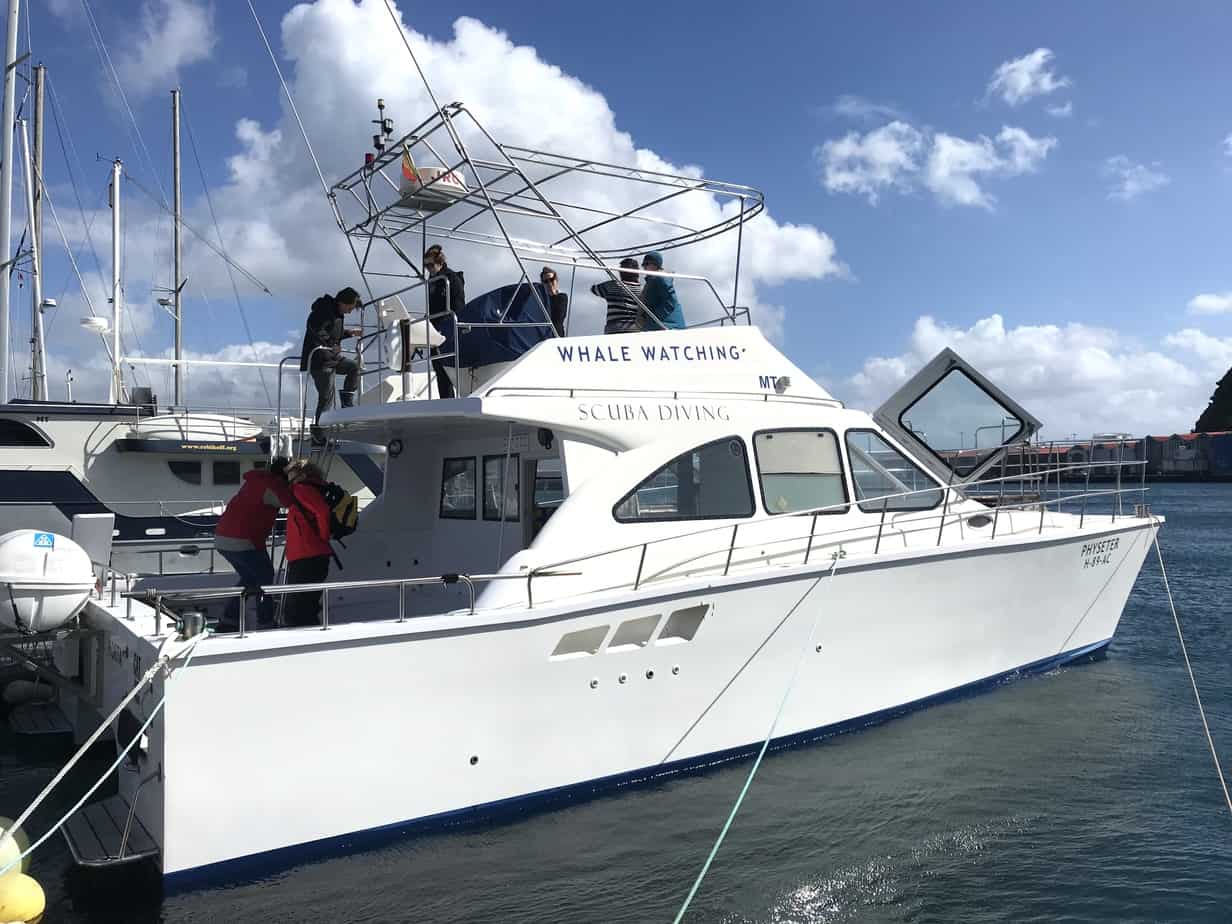 Day 1 was spent settling into our house and going through all the kit we would be using over the next 10 days. The gear was all pretty standard stuff – binoculars, cameras, thermometers. What was more complicated though was the paperwork. Between us, we’d have to log the constant state of the seas and weather, our sightings and our boat route – even if there were no sightings. Good data is what feeds the beast in science, so it was vital that we were being as accurate as possible. 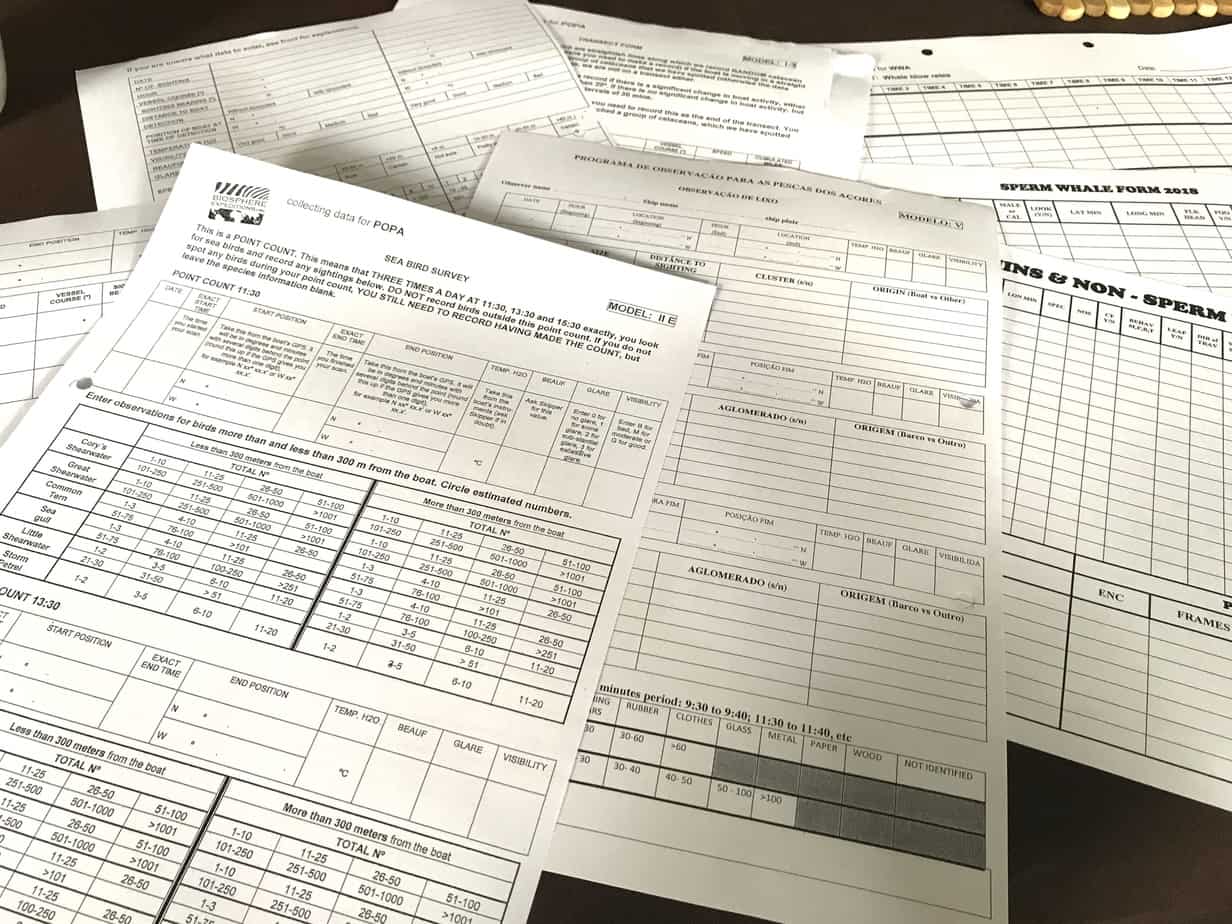 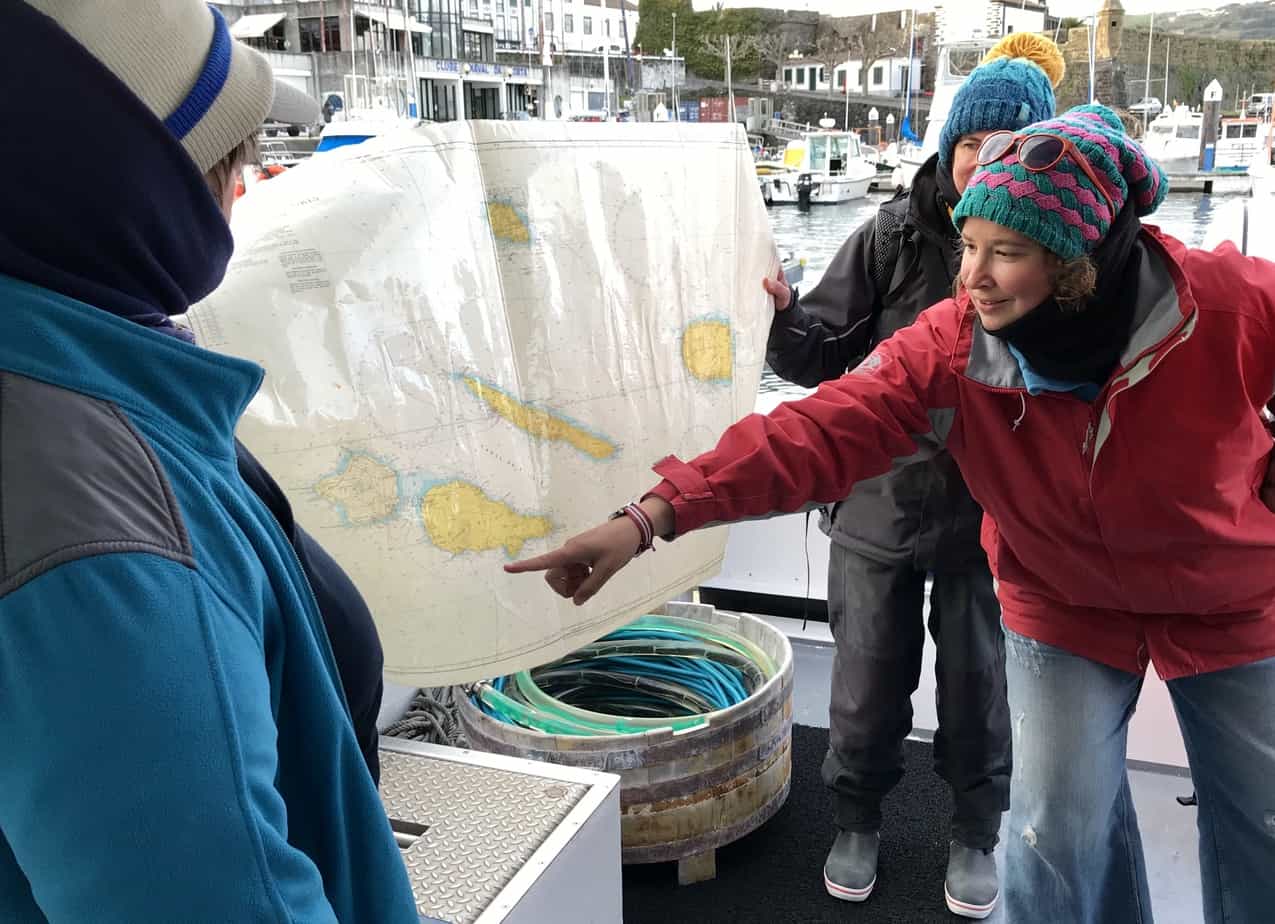 Our first hours out on the water were choppy and wet. We’d need to get used to this! We didn’t have any sightings, but it did give us a chance to get familiar with the boat and our roles around it, which would be rotated each day. One day I would be logging data, the next I’d be checking the water temperature. It kept the days varied and interesting.

We spotted Risso’s dolphins on our third day at sea which caused great amounts of excited yelling as we all sprang into action to capture the data needed. I’d so wanted to see Risso dolphins, I think they are one of the coolest animals at sea! They mark each other for social purposes, leaving white scarring along their bodies making them look tribal and weathered. 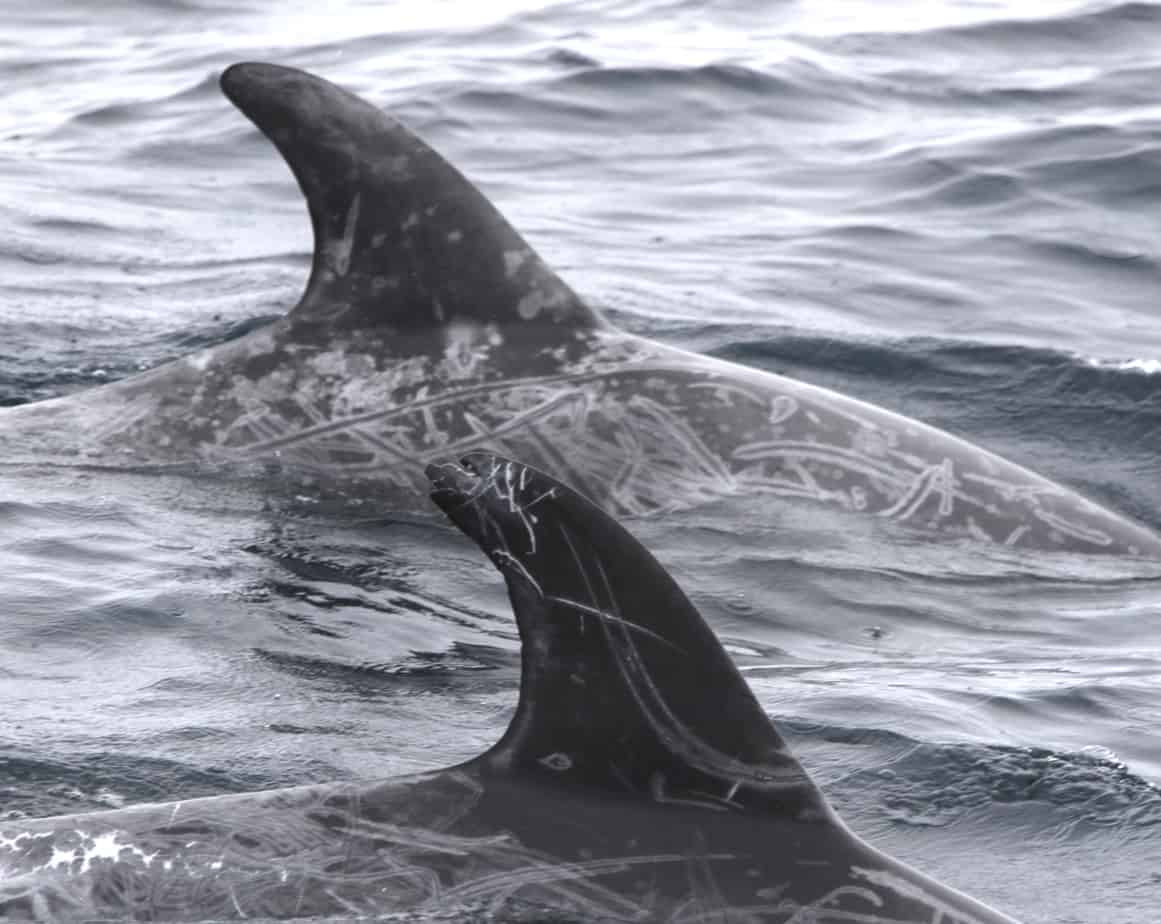 After the Risso’s dolphin sighting, things went downhill for me as I was hit with seasickness. I found a quiet spot to lie on my back and close my eyes but it didn’t help. The rolling seas were just relentless and by the time we got back on land, I was good for nothing but my bed. 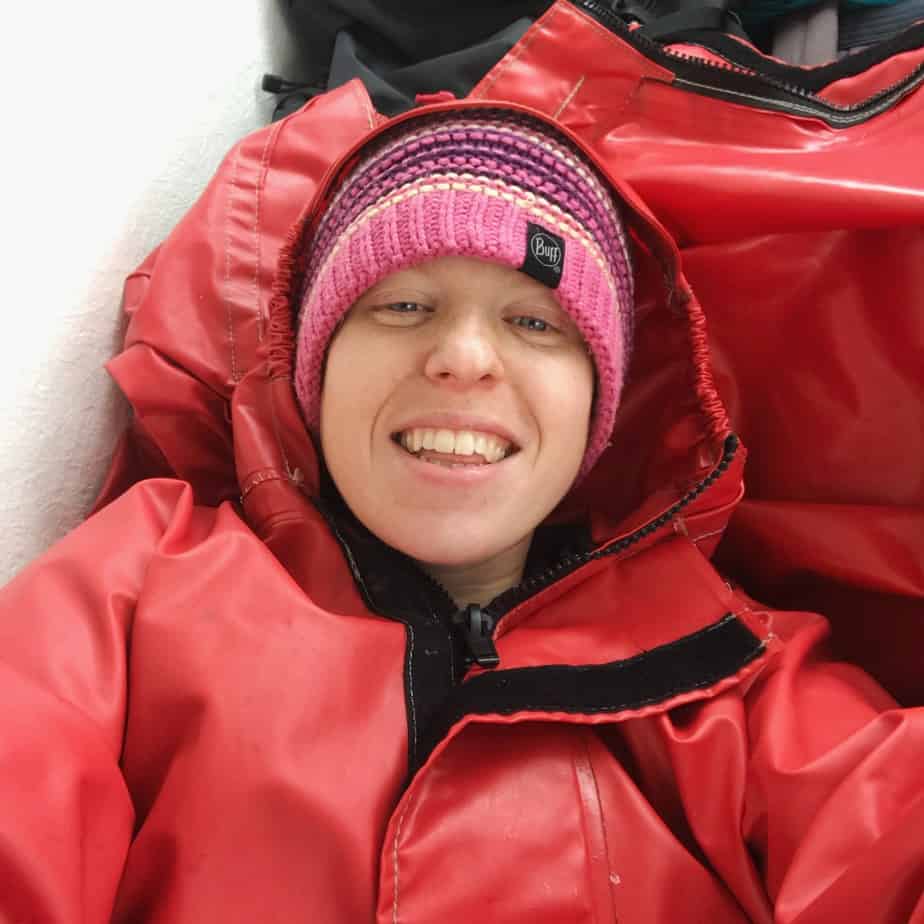 Thankfully I was only down for one day and quickly got my sea legs. Mid-week the weather forced us to take a day on land. I was secretly pleased as it meant I could have a relaxed morning. It was surprisingly tiring being on the boat and alert all day at sea. It also gave me time to wander Horta, the town where we were based. I decided not to join some of the others who were hiring a car to explore the island and instead went for a walk around town and along the harbour. I found an amazing little cafe, Casa, where I hid away drinking fresh juices and eating cake while the torrential rain hammered came and went. 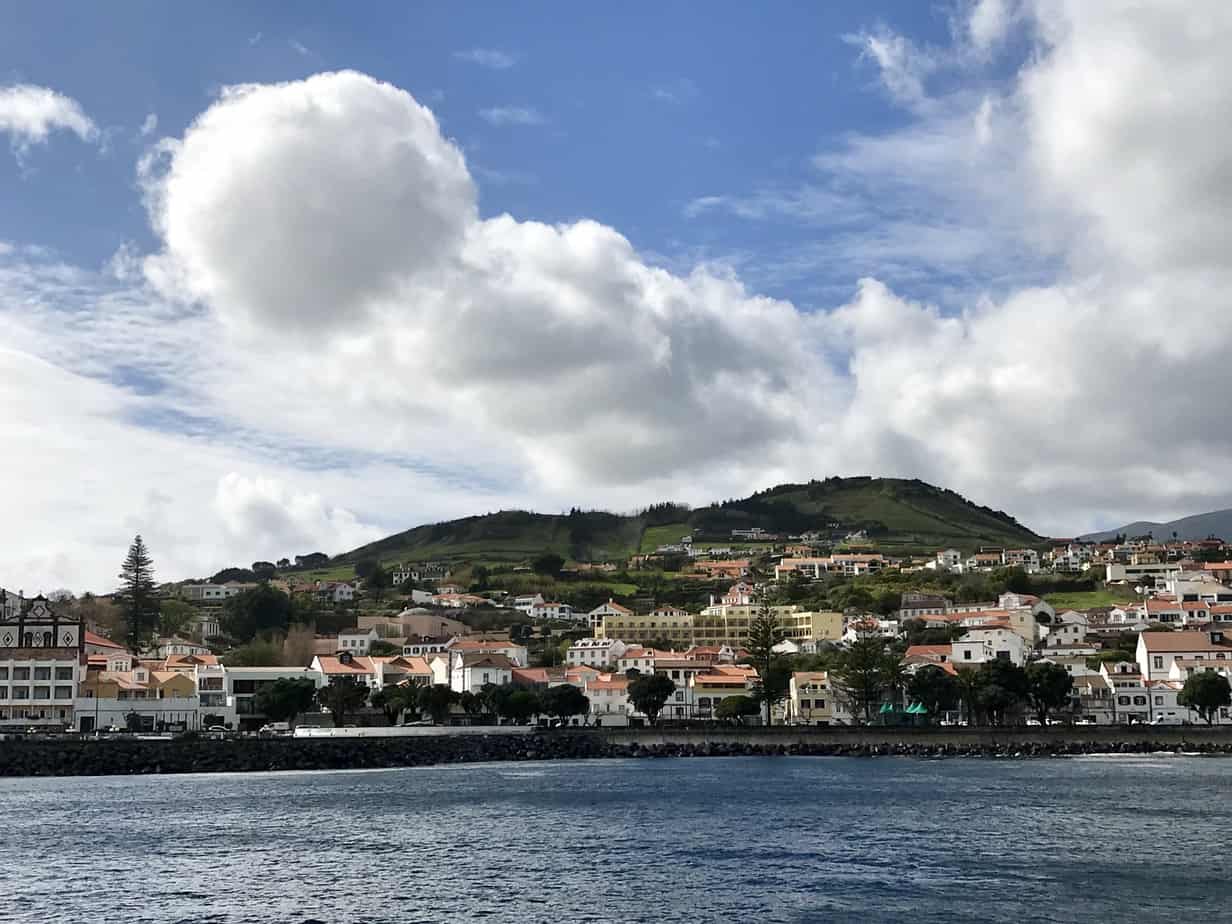 Time on land also gave us an opportunity to sort through some of the previous data that had been collected. Any whale sightings are logged with a photo of their tail. A system is used to highlight the tail outline, showing any scarring or distinct features, which can then be used to try and match it to previous sightings.

A positive match means we know the same wale was spotted elsewhere, which can then be used to note time and distances travelled. 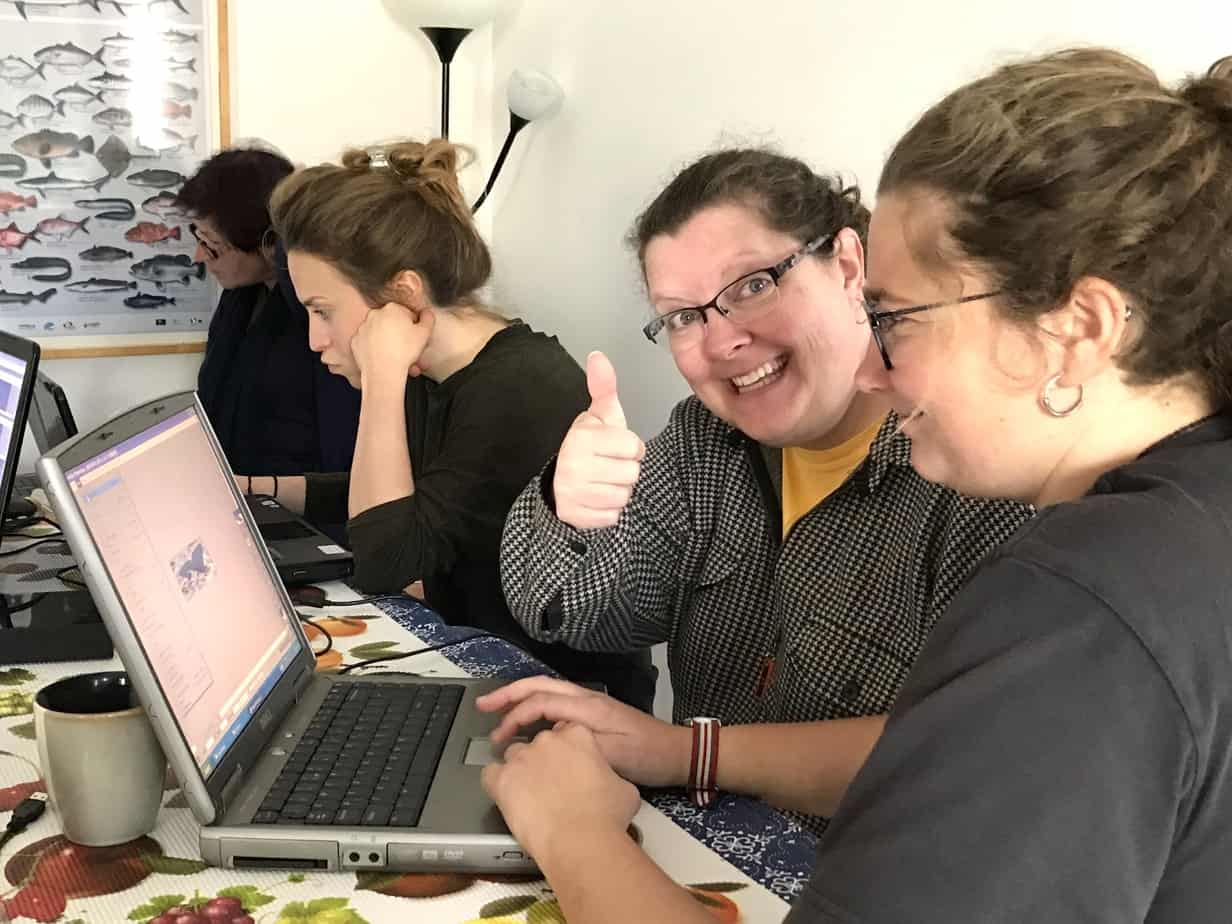 Running out of luck

As we neared the end of the week, morale dipped slightly. Although we all came here for different reasons, there was one thing we all wanted….to see whales! And we still hadn’t seen a single one!! We’d herd sperm whales on the hydrophone (a long hose-like microphone that is used to detect sounds) but they just couldn’t be found. It seemed like an impossible task to keep motivation up and to head out on the boat each day searching for wildlife, but we still did it. Instead of moping the group turned it into a running joke. We started to really enjoy each other’s company, learning about our backgrounds, sharing stories and discussing conservation issues. If nothing else, we were having a good time! 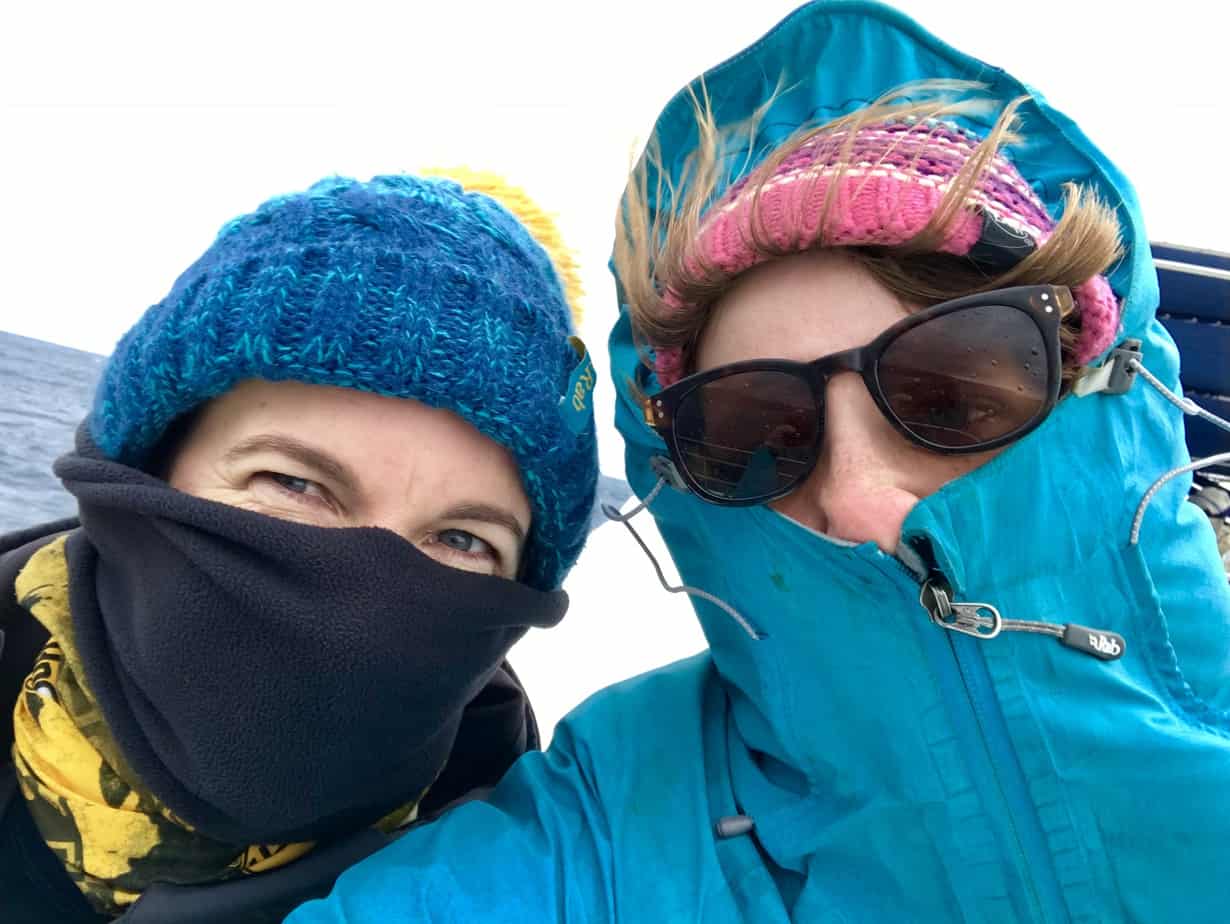 So we didn’t see any whales. Which is really frustrating, because they usually see lots on this expedition. But I have come to realise that conservation work can be frustrating! It’s slow, unpredictable and requires a huge amount of dedication and patience. The data that have been collected in the Azores have come from hours of determined, hard work and ultimately it’s not about having whale sightings, it’s about recording what we see (and don’t see) to provide a realistic and accurate picture of what is happening.

During our time, the reality was that there was a real lack of whales, which in itself tells us a lot. When I looked through data sheets from the same week in previous years, there were sightings of sperm whales, blue whales sei whales and more. So why weren’t they here now? Was it the change in weather, are numbers dropping, their behaviour changing? Well, that’s for the scientists to work out, but we’ve helped collect the data needed to prove or disprove theories and it’s great to be part of that.

Our 10 days on the Azores finished on an absolute high. With just a few hours left on the water, we were joined by a super pod of common dolphins, as many as 100. They played on the bow of the boat, leaped out of the water and noisily chatted to themselves as they followed us for almost an hour.

It’s moments like this that make all those hours of searching abosultely worth it! 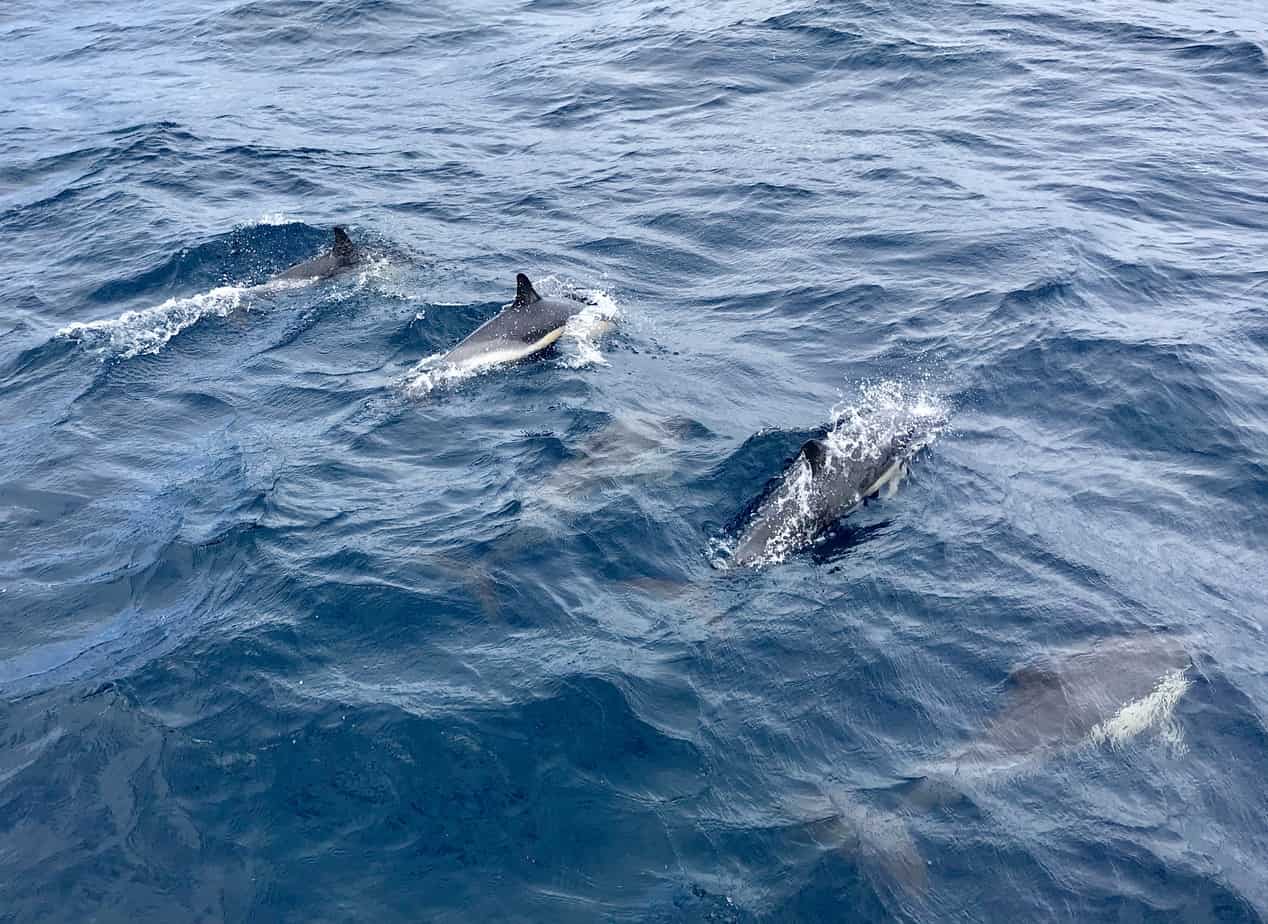 A huge thank you to Biosphere Expeditions for the opportunity to join the Whale, Dolphin and Turtle conservation project in the Azores. As always, my views are my own and 100% honest. If you are interested in finding out more about Biosphere Expeditions you can follow them Facebook, Twitter or Instagram.

*Any women reading this?* I founded a women’s adventure community called Love Her WIld . Check out our private Facebook page and see what adventures we have coming up.