Volunteering and my biggest travel regret 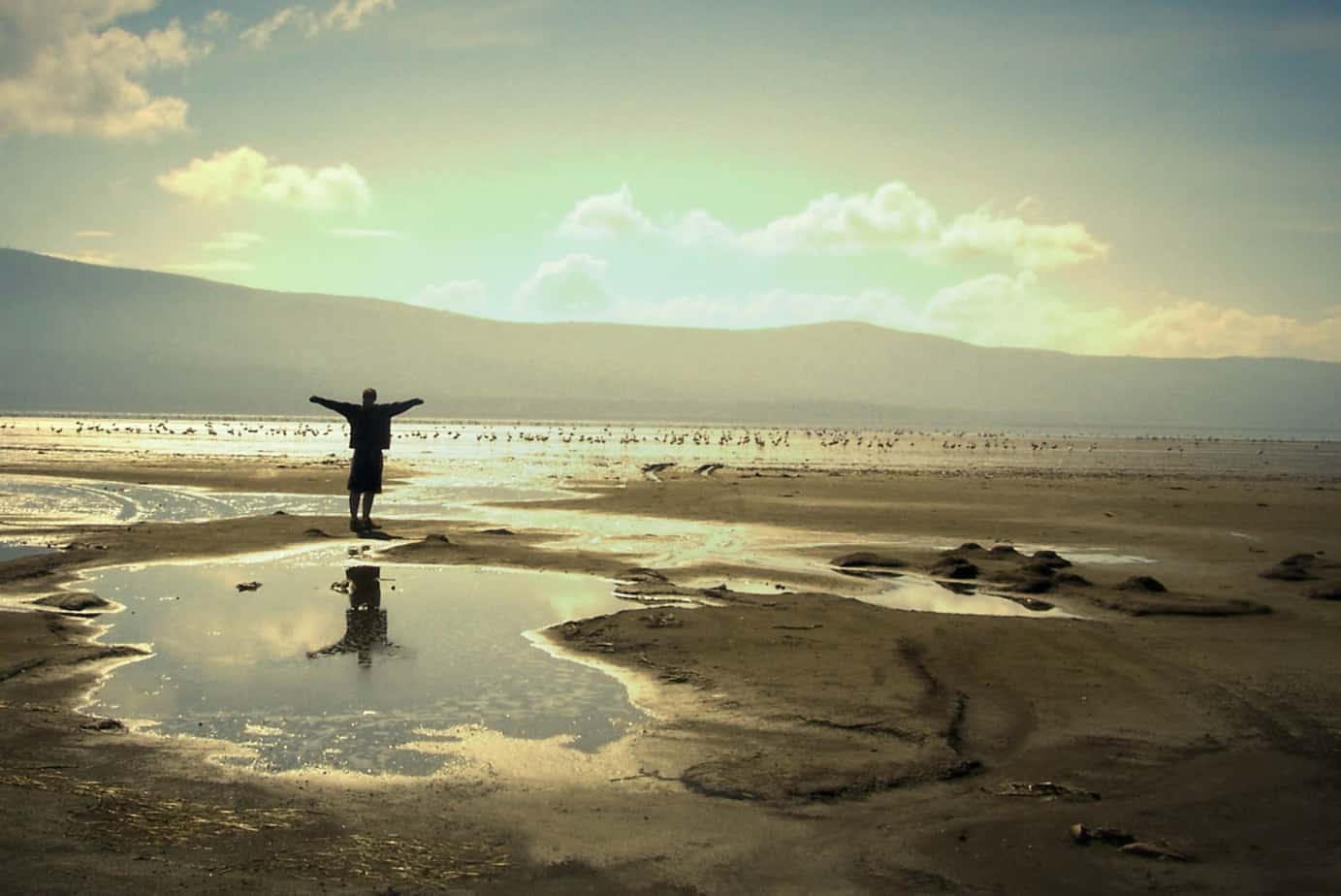 From the age of 14, I started working as much as I could, putting every penny into savings. By the time I left school, I had enough to make my dream of volunteering in Africa a reality. I boarded a plane in 2006, on my own, for a 6month adventure in East and South Africa. Travelling gap years were still a fairly unusual concept, the word volunteerism hadn’t been invented yet and Africa was far from a backpacking destination. I had no idea what to expect or that it would turn out to be such a regret.

Before setting off, I had signed up for a 3 month MAD volunteering project (handing over thousands of pounds in the process). I thought this is what you did if you wanted to make a difference in the world. For 3 months, I was based in Kenya volunteering in 2 orphanages. Monday to Thursday I helped in a centre for street boys that doubled as a school. It was well resourced and the boys were fed and educated. 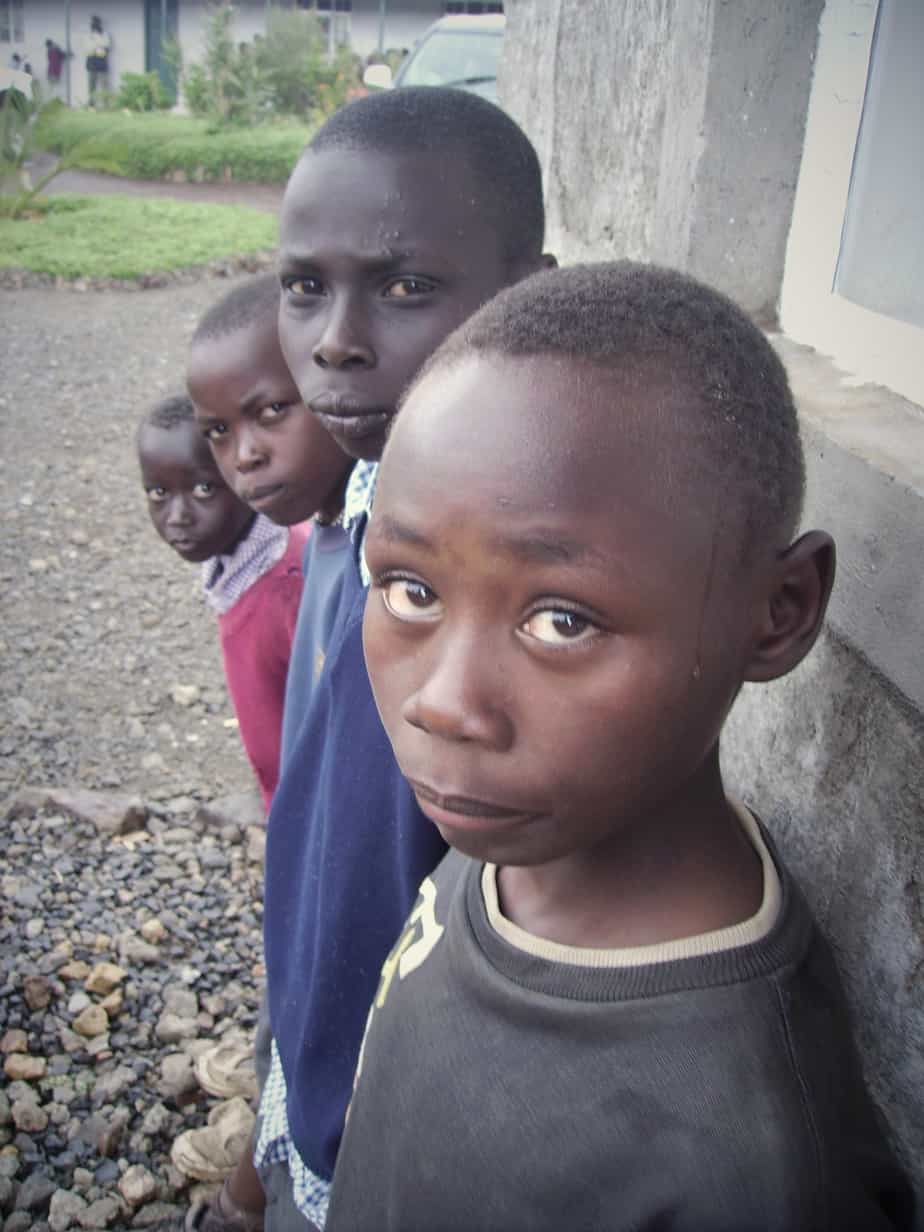 Then, every Friday, I would visit a small orphanage of about 25 children who all came from special circumstances – abusive backgrounds, mental health issues, dangerous situations. This orphanage was in a disused prison. They were confined to a small courtyard and a handful of rooms. They received no formal education and never left the compound. Just thinking of the place and the poor children inside makes my skin crawl.

I set about with my assigned volunteering tasks and fell in love with East African culture in the process. My 3 months was up quickly and before long, I was setting off on my next adventure, travelling from Kenya to South Africa by overland.

I felt good about the volunteer work I had done, even proud. As far as I was concerned, I had done a good thing. The children seemed happy and I never questioned if it was right or what the purpose of it all was.

In hindsight though, when I look back on that time, it was the biggest travel regret of my life.

There is so much wrong with what I did. 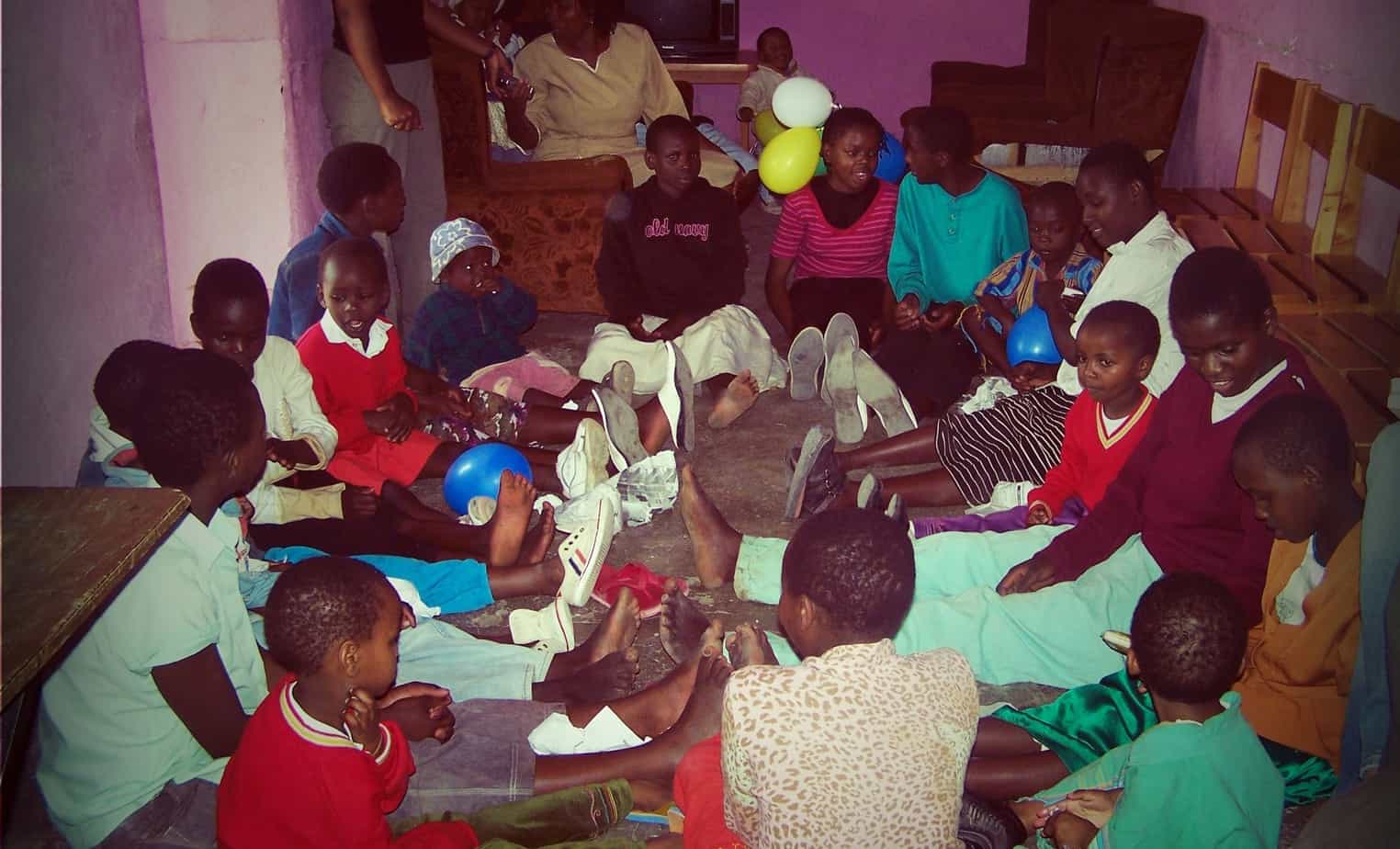 I had no idea what I was doing

I was 18, just barely an adult, when I was left in charge of some of the most vulnerable children I have ever been in contact with. My first day at the boys centre I was literally put in front of a class of 40 boys with an out-of-date textbook in hand and told to teach them maths before promptly being left on my own. Did I teach them maths? Hell no! I had no idea how to teach or what to do. I starred back at them feeling embarrassed and then eventually taught them a game to kill the awkward silence.

At break times, the children would swarm around me fascinated by my light hair and pale skin. The younger ones clung on to me and I gladly carried them around giving them the attention they craved. I tied their shoe-laces, read them bedtime stories, picked them up when they fell….all the things a mother would do. And they loved it. The staff where all male and they so desperately wanted a mother figure. And, they got it.

For a short time.

And then I left

These children were missing love and fun in their lives and, actually, I was very good at giving that to them. But, after 3 months, I left. I packed my bags and disappeared overnight with nothing but genuine intentions to return, although I never did. These are children whose lives have been crippled by rejection and I, unintentionally, became another adult in their life who deserted them. 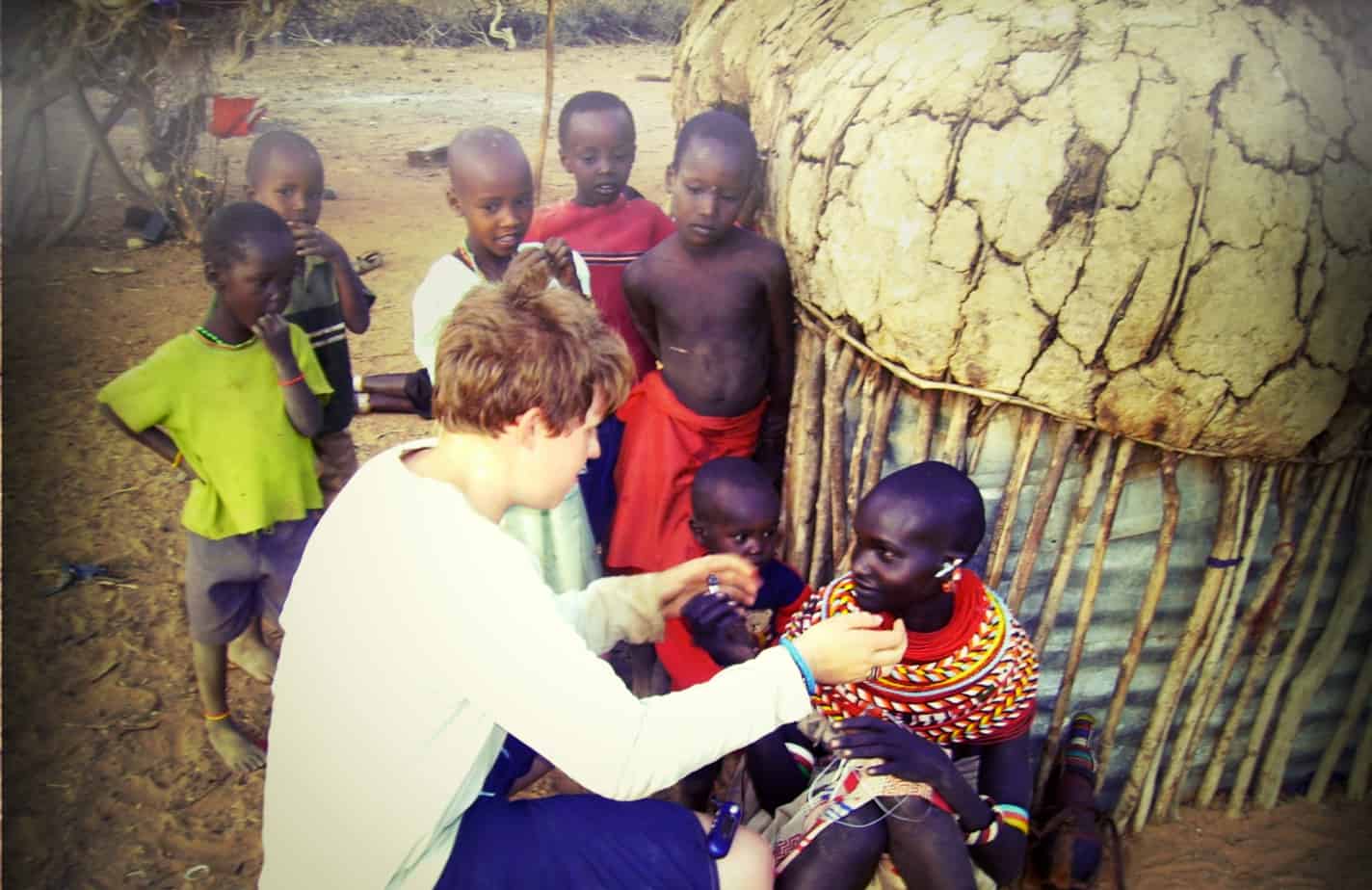 One boy, the youngest at the centre, became particularly fond of me. He followed me around like a little duckling. I remember the day I left that I joked I would sneak him away with me in my bag. As I drove away on my motorbike taxi, I looked back and saw tears falling down his face.

I was really fond of him and I was sad to be leaving, but, with so much to look forward to I was also excited to go. But this little boy? When I think back to his teary face I realise why it was all so wrong. While I was going on to better, I was leaving him behind with worse. In the grand scheme of their lives, I hadn’t improved anything. I had given them temporary joy and then caused them more angst and upset.

I can’t tell you how terrible I feel about it!

That’s the problem with voluntourism

While it sends all these people with good intentions to help out, very few of the organisations question the possible damage that it could be doing. These vulnerable children and adults see a convey belt of westerners turning up for a few weeks to take their photos, give their cuddles and hand-out candy and resources. Before disappearing.

For the most part, voluntourism doesn’t look at skills and the professional abilities of the people it sends. It doesn’t work towards building sustainable and healthy relationships between our country and theirs. It doesn’t question what the people we are ‘helping’ want or need and what is right for them.

No wonder then, when you visit places like East Africa, the locals are plagued with the idea that a white face means handouts and wealth.

There is still a place for volunteers

I do still strongly believe that there is a place for volunteering, but for it to mean something and to not be damaging, questions need to be asked. I still regularly volunteer and I want to continue to do so, but I always balance what I want to do and my experience against the benefit that I will bring. 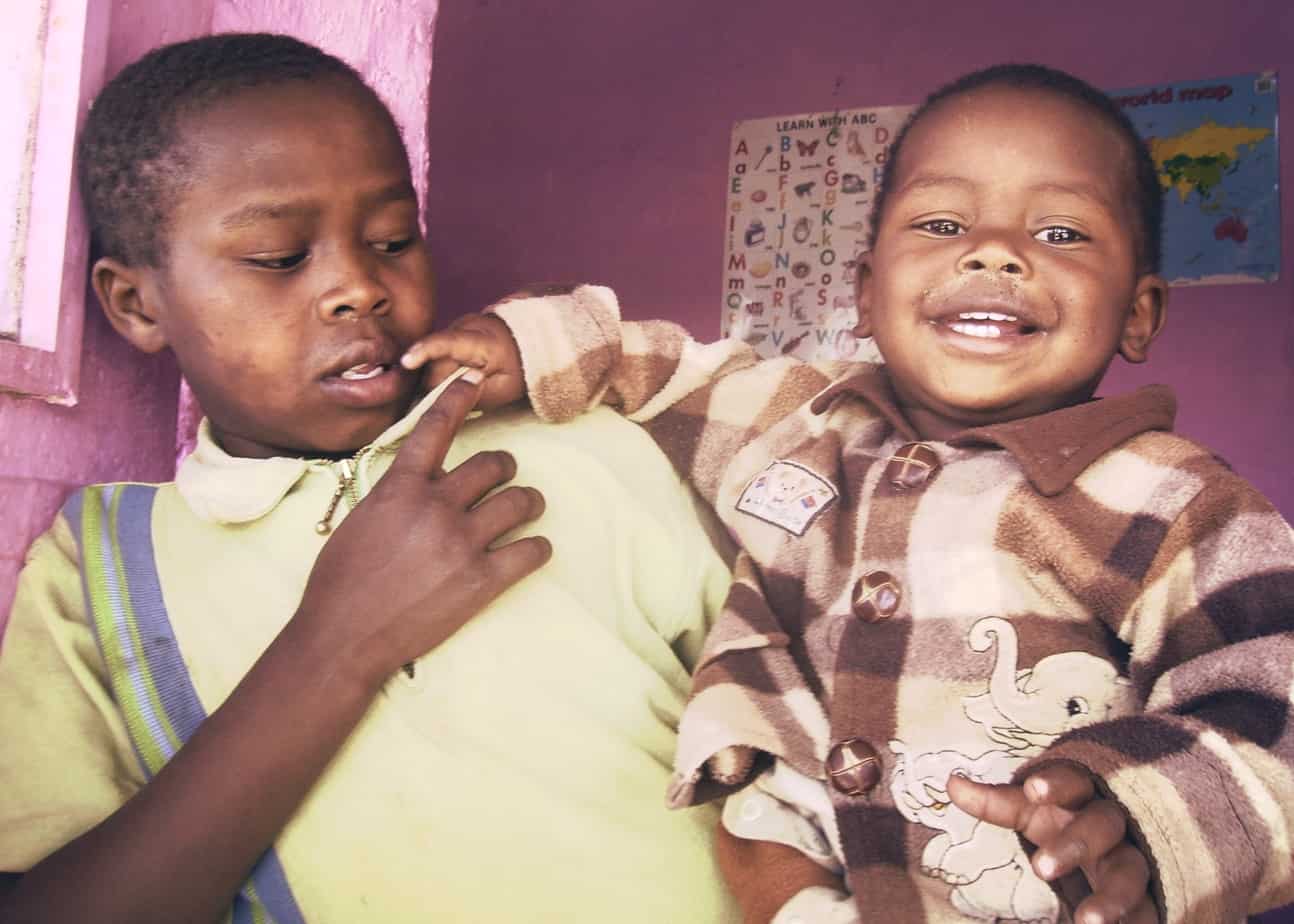 7 questions to ask as a volunteer

There are lots of great organisations you can volunteer with. Any decent charity or volunteering opportunity should be able to answer these 7 questions openly and with discussion:

#1 Where is my money going?

A good volunteering placement should involve a contribution to the project you are working with because almost entirely, money is the most valuable thing we can provide! Ensure that your money isn’t being pocketed. This is usually a fair exchange as the place you volunteer will spend time and resources having you there.

#2 Am I qualified to work in this role?

This is particularly important if you are working with vulnerable children or adults.

If you are volunteering to build a school, you will most likely be taking the job of a skilled local who could be paid to do the task – always favourable as work opportunities eliminate poverty.

Unless you are volunteering for many months, you are unlikely to be able to have a sustainable impact, it’s important to recognise this and be realistic about what you can achieve. Working on projects and with companies though that look at long term and sustainability means your impact will be managed and you can be part of a bigger wheel.

#5 Am I acting professionally?

Don’t openly build close attachments to specific children, the same way you wouldn’t at home if you were a teacher. Equally, don’t take pictures of children you don’t know. How would you react if a tourist started snapping pictures with your kid? With any task you are given, take it seriously – volunteering is not a holiday.

#6 Am I feeding a handout mentality?

Giving handouts creates a dependency and feeds an unrealistic portrayal of the west. Practices like this are what lead to children leaving school to become beggars where they can earn a better living. Your money can go a long way, but it is best given through a charity where donations will be distributed and used effectively. Although it is fine to give gifts if you are being hosted, handing out toys or sweets rots children’s teeth (most don’t see a dentist) and results in tourists being swamped for handouts.

#7 Do I think I know everything?

Going into a volunteering role thinking you know how to help or solve peoples problems is wrong. You simply don’t know. How could you when you don’t live their life? This is an ignorant and arrogant view that charities held for many years although, thankfully, this is changing. Approach a placement with an attitude that you are there for an exchange. You hope to learn from the people you meet (trust me, there is a lot you can learn!) and in return you hope they might be able to learn something from you. Just because you are born into privilege it doesn’t mean you know everything. You might think our way of life is better, but often it is not the case and the locals don’t want it. Be open-minded.

Have any thoughts about this? Let me know in the comments box below.