Why I’m ok with being a hypocritical sexist 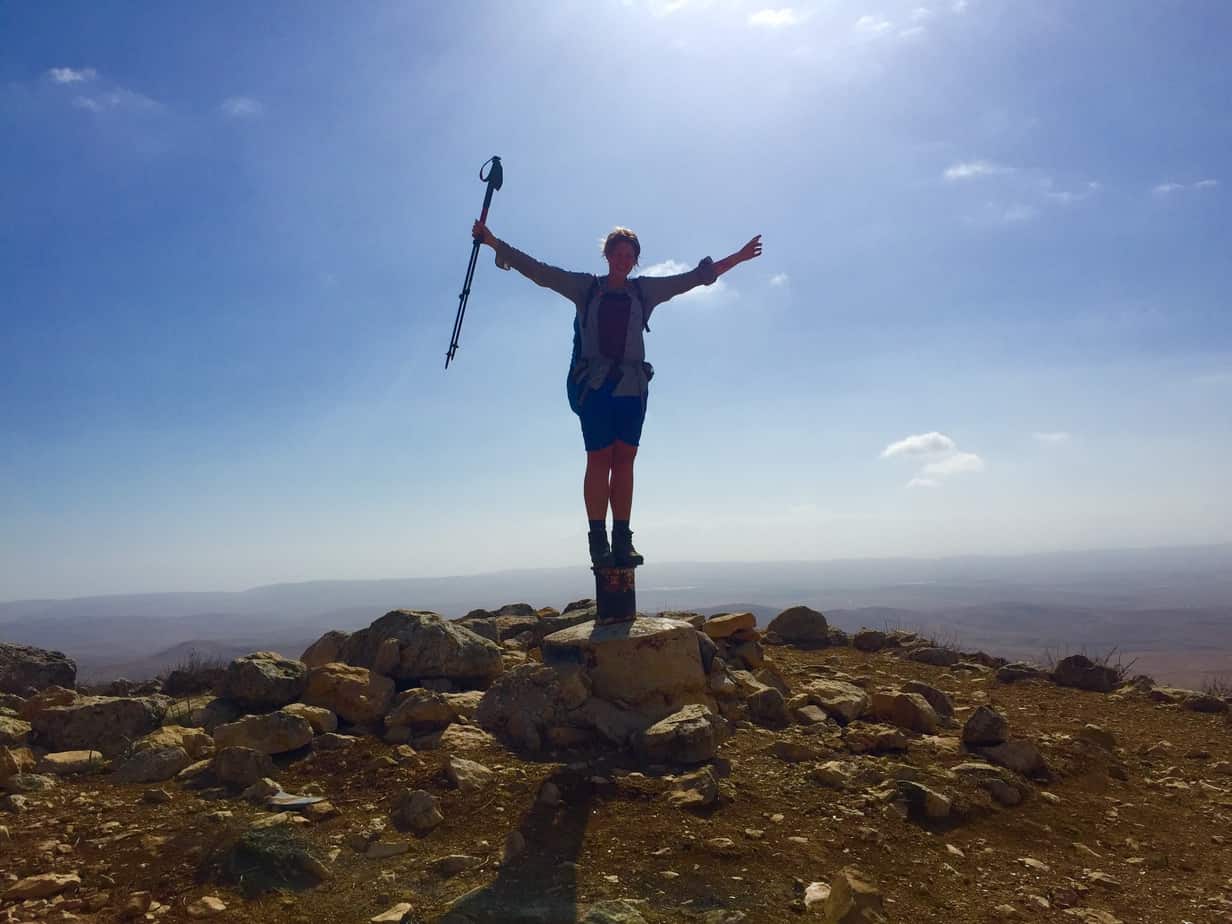 Growing Love Her Wild, like growing any enterprise, has caused me all sorts of unforeseen stresses and annoyances….I never imagined men being one of them!

For those of you that don’t know, Love Her Wild is a non-profit community which I set up to encourage and celebrate more women to go on adventures. We have an informative website, a thriving private Facebook group and run women-only expeditions and meetups.

Since day 1 of launching, I have received criticism for setting up a women-only group. Not often, but usually forceful and almost always from middle-aged white men. I get comments on social media telling me that what I’m doing is sexist and unfair. That if this was a male-only group I’d be outraged and ‘What next? Women only days on the mountains?!’.

One guy even sent me a ranty email telling me I’m a “Hypocritical sexist” who has “no right to talk about [Love Her Wild] on hiking groups as if I own the outdoors”.

He didn’t get a reply.

In 2016, a year before I set up Love Her Wild, I decided to get my Mountain Leader (summer) qualifications. It involved a week of training, lots of days in the mountains practicing followed but a week assessment. It was one of the scariest things I have ever done!

I was not an outdoorsy person and I didn’t know people who climbed mountains or went camping. This was so out of my comfort zone. I was forced to learn a whole new set of skills, none of which came naturally.

But in the process, I was thrown into an exciting and adventurous world…one that I wanted so much to be a part of. 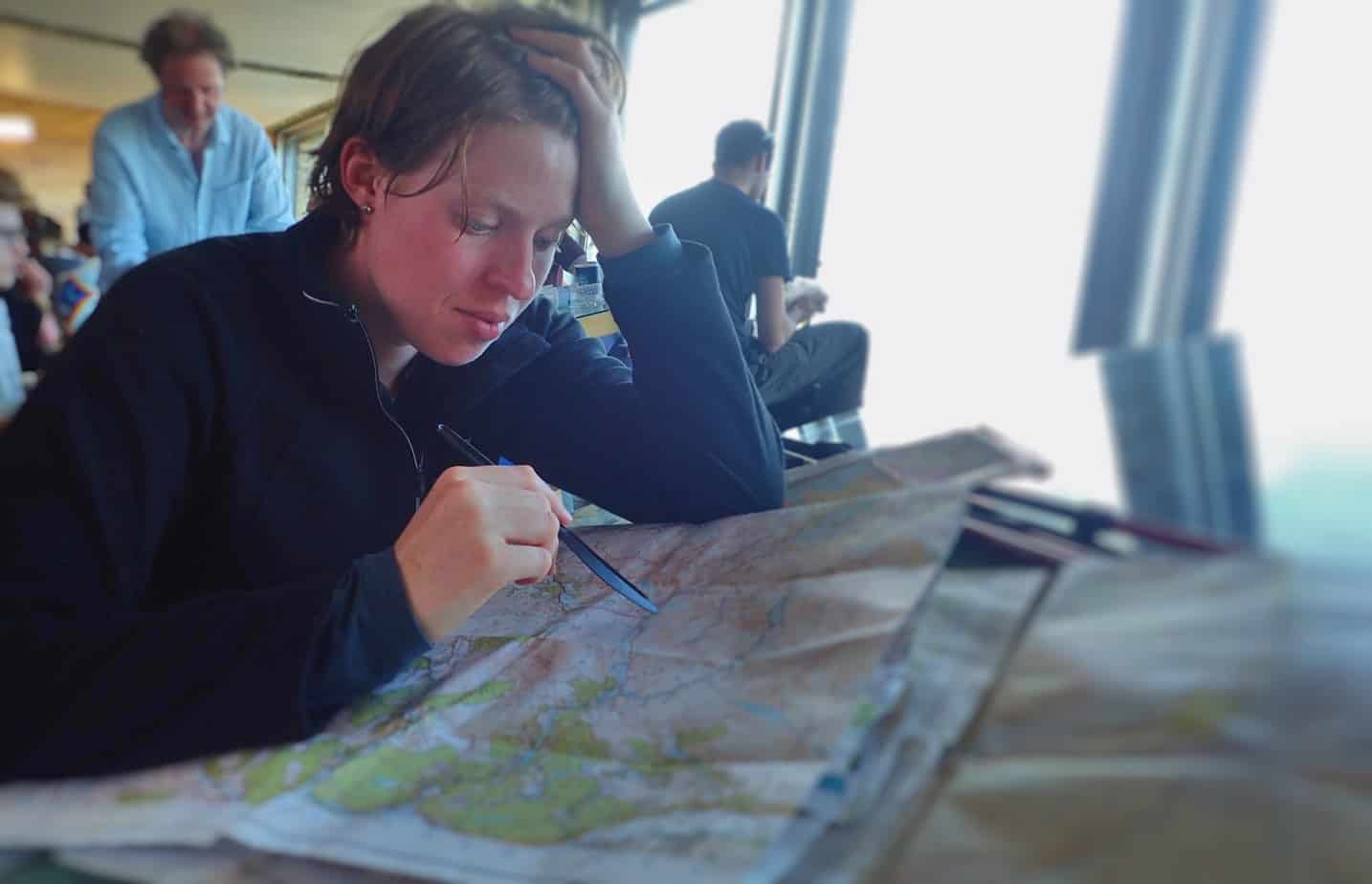 My best is not good enough

My Mountain Leader assessment turned out to be a horrible experience.

I was the only female in a group of men, something that would not normally bother me, except in an outdoor environment where everything suddenly becomes so competitive and aggressive. And where me being female became a ‘thing‘.

The group spent the entire time showing off about the great things they had done. They’d spent their entire lives hiking, climbing, biking, kayaking and this was all so easy for them. They whittled out extreme stories and endless names of mountains they had conquered, while I trailed quietly behind staying focused on doing my best and not getting lost.

That would have been fine if it had been kept about them and not about me. On the few times I attempted to join in a conversation and share my experience though, I was knocked down. I was even told I hadn’t hiked a mountain “properly” because I’d used my hands on a difficult section. And received regular advice that I “should” do this and I “have to” do that.

‘Come on lads‘ was a phrase used regularly. Don’t mind me!

The other candidates often blatantly ignored my instructions when it was my time to lead and demonstrate my skills. I felt so embarrassed.

‘They obviously have a problem taking instructions from a female‘ the assessor told me, ‘you need to be more assertive‘ was his conclusion to this.

Hang on, so it’s my fault they won’t listen to me?

Often they would all run up the hills because they were trail runners, leaving me far behind wondering why I had put myself in such a horrible situation.

I noticed I was the only one getting these remarks and being treated differently. I wasn’t the weakest link in the group by far. It was just because I was female. And each time I got a comment it chipped away at my fleeting confidence just a little.

If they were doing this because I was black. Becasue I was gay or Jewish, it would have never been brushed off. So was it ok just because it was about my gender?

The worst of all

What upset me most though was when the male assessor made a dig about my fitness and eating habits. It was pushing 2pm and we hadn’t stopped for lunch despite having a really early start. I was starving, not just because we had walked 8 miles under exam conditions over tough terrain and hadn’t stopped since breakfast, but also because I was on my period. I needed to stop to eat something other than a snack as I knew it would help my stomach cramps. So I asked if we could stop to eat….3 times….until at last he reluctantly agreed.

The assessor then spent the next 10 minutes preaching to me about how I “don’t really need to eat as much as I think” and then asked me if I train at home. Seriously?! I just wanted the world to swallow me up.

I was overweight by the way. Not by much, but I really wasn’t in the best shape. After a difficult year just about surviving teacher training and a whole other lot of stress, my health had taken a beating. It happens. But heck, I could still climb mountains and carry a 16kg pack on my back without complaint.

If I had been more comfortable and felt I was in an accepting group of people who were supporting me I might have mentioned I was on my period. But I was scared to say anything that might make me look weaker. I felt sure they would think I was just making up excuses.

I’m angry at myself that I didn’t defend myself, not once. But that’s what happens when you have a lack of confidence. You let others treat you how they want….you even start to believe what they are saying might be real! 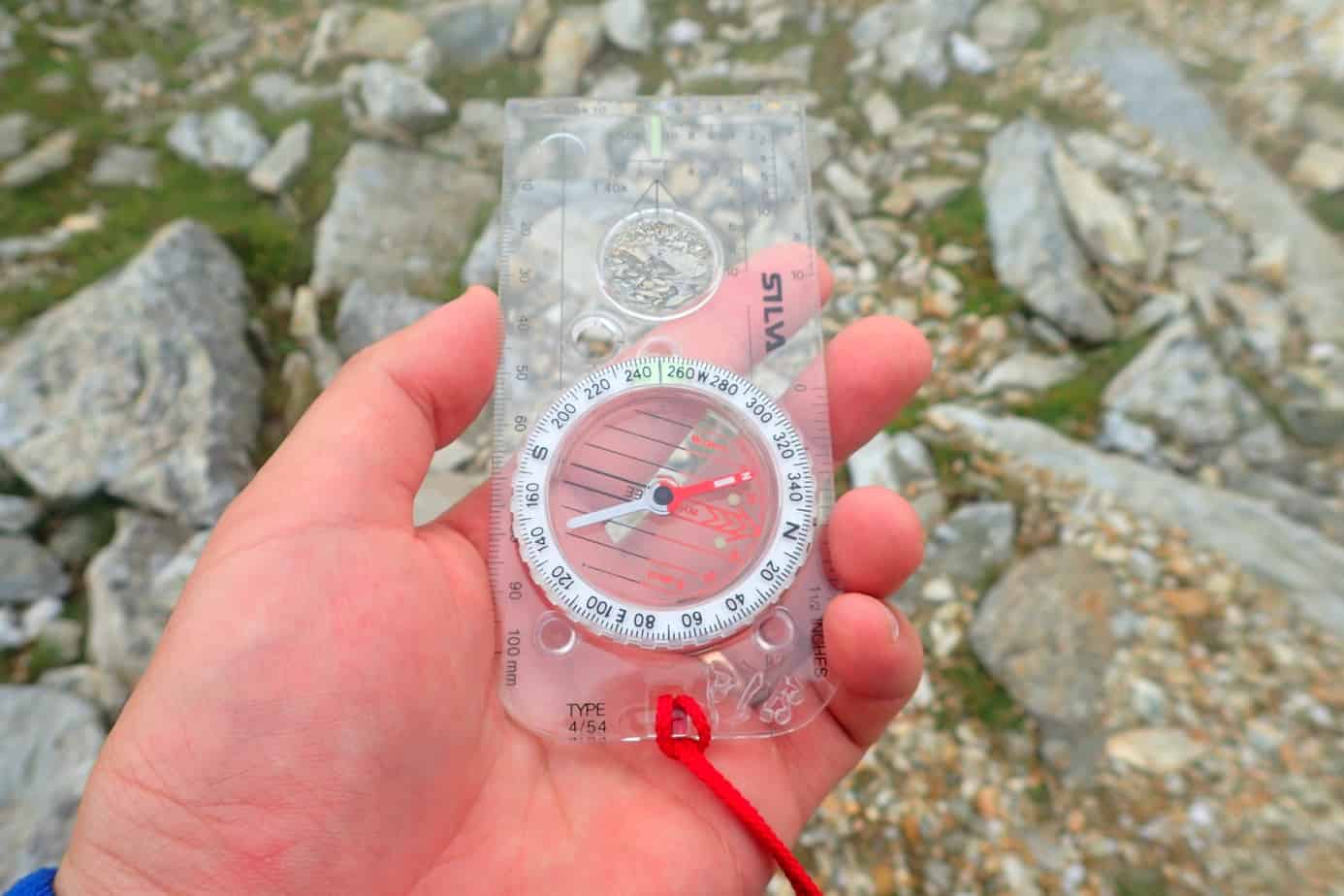 The guys I talk about above are actually all really decent people…it’s important that I make this clear. I don’t think they acted in this way intentionally. On a personal level, back at the pub afterward, I got on with them all fine. This is a product of the outdoor and adventure industry. It’s competitive. You have to prove yourself. And it’s getting worse. You’ve got to go faster, further and for longer otherwise, no one is interested.

It’s not enough to climb Everest anymore, you’ve got to run it…..twice….in one week!!

With that competitiveness comes subtle sexism where advising and ‘saving’ women has become a way for some men (not most by far but it only takes a small minority to have that negative impact) to prove that they are capable.

I’ve noticed it time and time again with my experiences when I’m out doing adventurous things – not just during my Mountain Leader qualification. Like when I was on the Everest Adventure recently in the Lake District. Despite having a map and compass to hand, the men I passed were constantly giving me directions I hadn’t asked for – I noticed they didn’t do this for the male groups they passed. About 5 people showed me where Scafell Pike was! I’m well aware of where that giant world-famous mountain is, thanks. Would they have done that if I was a man? I never get that sort of patronising advice when I hike with my husband.

We overheard someone making a comment about the size of our bags. For a 5 day expedition, they were actually very reasonable but they probably assumed we were ridiculously overpacked for a day hike.

At one peak, a man asked “are you the WI”?! Because of course, why else would a group of women be out of the kitchen….no comment!

It’s not friendly. It’s presumptuous and judgmental and I don’t like it.

Like it or not, right or wrong, I like adventuring with other women. When I was going through my Mountain Leader assessment, I longed to have another female in the group. With women, I feel less judged. I don’t worry about if I can keep up physically. I can say if I have stomach cramps and can speak freely about things that I don’t feel like talking about with men in a setting with so much criticism and judgments.

I know that it is not as black and white as this. Plenty of women are competitive and judgmental, and plenty of men are accepting and encouraging. But for me, personally, the supportive and caring environment I crave and need can be found from being around women. Finally, I’ve found a space in the outdoors where my gender doesn’t have to be a ‘thing’ and I can just be myself. 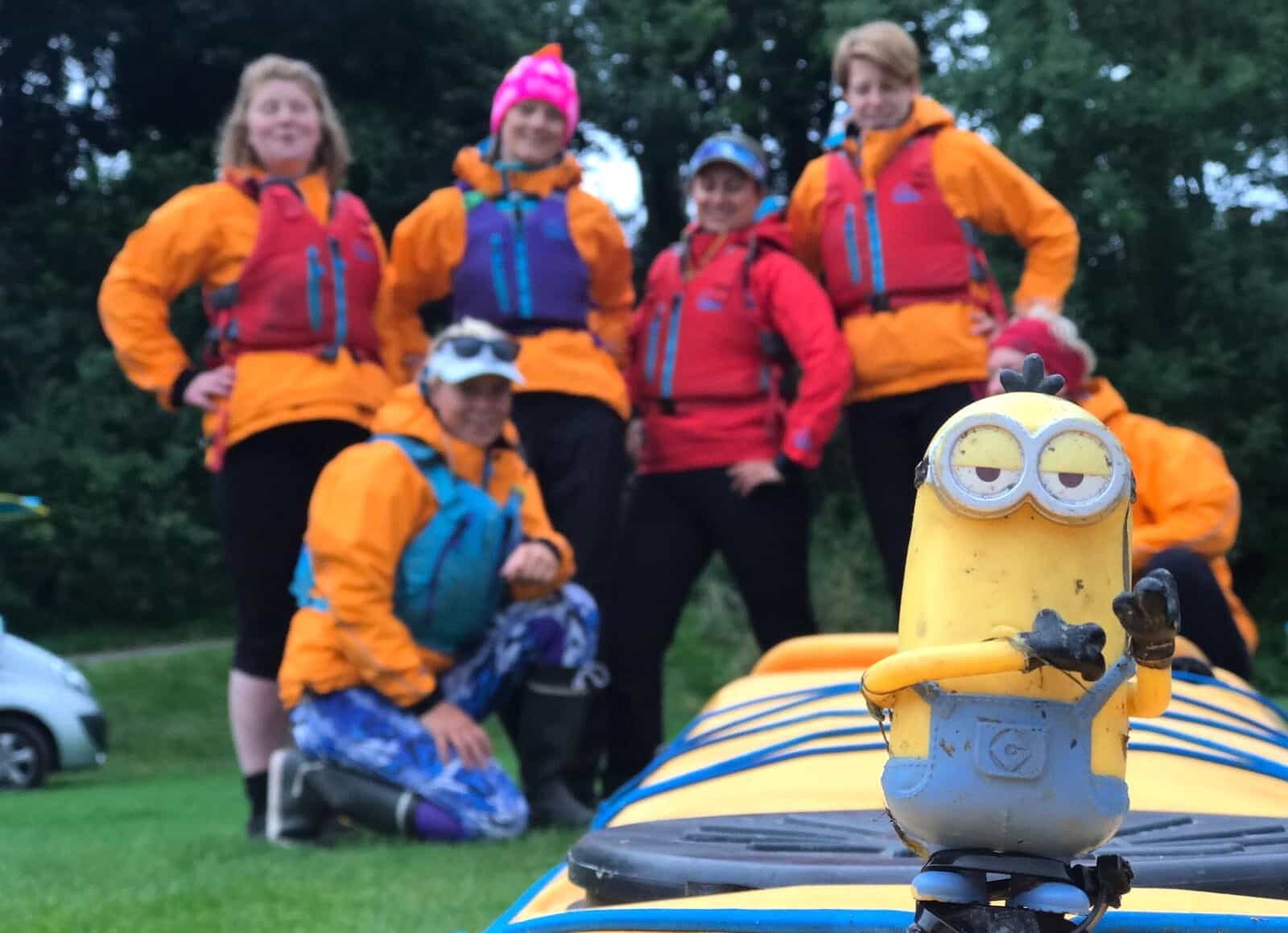 I’ve seen the power of being with like-minded people taking on a challenge in the outdoors and it’s a great thing. We should be celebrating and encouraging this, not knocking it. If creating a women-only, black-only, LGTBQIA+-only, etc group helps support and encourage more minority groups to access the outdoors then I think that’s a great thing to do.

My outdoor experiences have thrived and grown. My confidence in my abilities has doubled…at least! It’s been incredible. And for every bad experience, I now have many more full of laughter and fun.

For the first time, I feel like the outdoor world is mine and I belong.

So am I a hypocritical sexist? Maybe. But if that is what it takes to allow me and others who feel like me to enjoy and feel relaxed in an environment that is just as much ours as anyone else’s….well then, I’m totally ok with that. 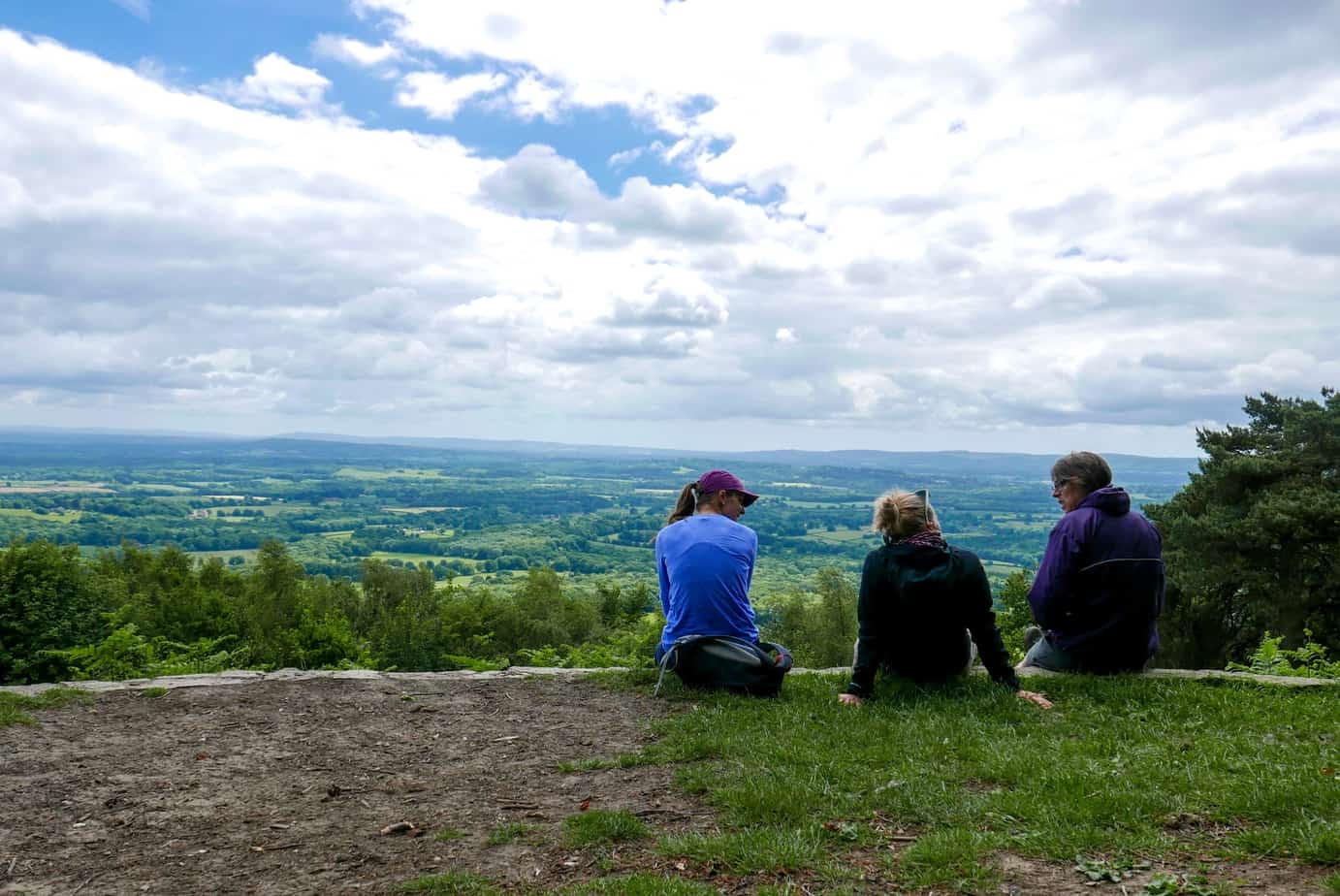 If you need more proof that women aren’t equal in the outdoors, I wrote this piece.

I’d love to hear your take on this topic. Do you agree? Let me know in the comment box below.

*Any women reading this?* I founded a women’s adventure social enterprise called Love Her Wild. Check out our private Facebook page and see what adventures we have coming up.