A birthday party I will NEVER forget! 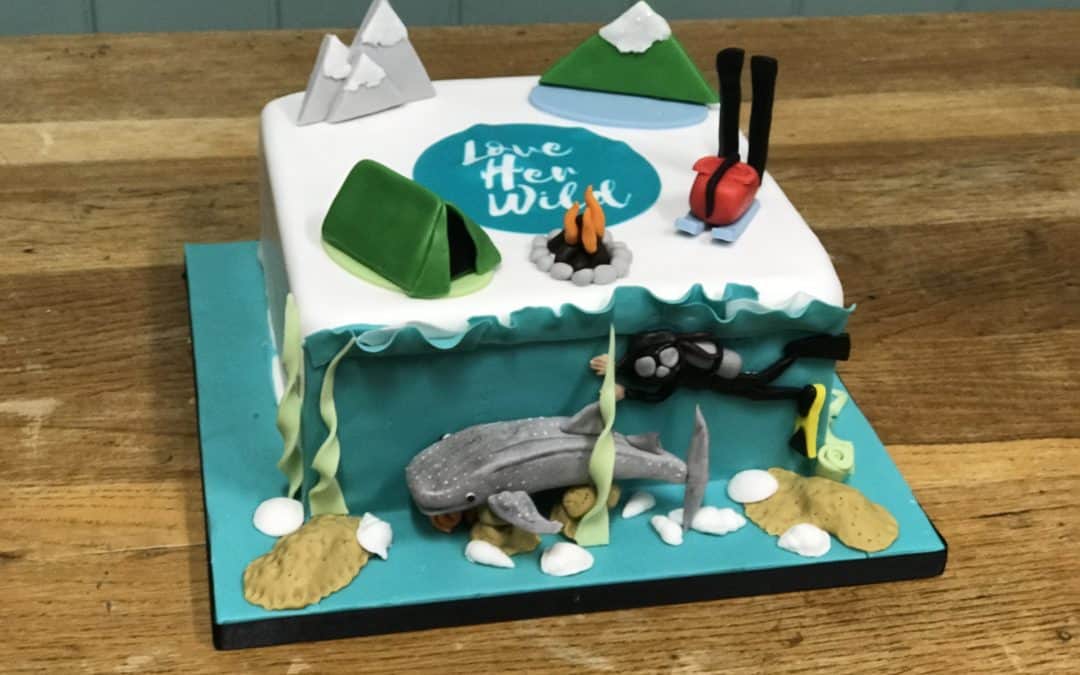 On the 9th of February 2017 I launched a Facebook group. I called it Love Her Wild – an adventure community to celebrate and encourage more women to get outdoors.

At the same time, I published a post inviting women to apply to join me on The Everest Adventure.

It was the first all-female adventure I put together and, although I had no idea at the time, would be the first of many to come!

In the space of 3 years the community has achieved a huge amount!

And while those stats sound impressive, for me they don’t even represent the real achievements of Love Her Wild. Because the ones that truly count can’t be measured. Women making friends like no other, rebuilding confidence and self-belief, re-sparking fun, connecting with nature and realising the need to protect it.

That’s exactly what the community gave me on a personal level and I see those same changes in other women too.

Time for a celebration

The last 2 anniversaries went by without acknowledgement but I wasn’t ready to let this one pass as well.

So I organised a birthday celebration weekend, inviting some of the key members of Love Her Wild. People who have generously given their time, resources and energy into the community – both men and women (and it’s important for me to mention that because there have been some really amazing men who over the last few years have supported the community, celebrating getting women outdoors despite not being able to benefit from it themselves!)

We stayed in a youth centre in Alton that came with bunkhouse accommodation and plenty of indoor space (much needed with the stormy weather). The weekend was predominantly about having fun and spending time with each other.

We ate a lot of good food…

Went for a walk….

And threw ourselves into laughter yoga…

We also took a couple of hours out to run a feedback session on the Love Her Wild community. It’s the first time I’ve ever done this in a group and I found it immensely helpful.

Lots of great ideas were shared to help improve, including:

I need to take some time to process all that was said. And to work out what to focus on next and when.

Of course, I’ve got a bit of a barrier this year that I need to work out…..having a baby…..but not just that. The feedback session really highlighted 2 areas that I know I personally struggle with. Being comfortable asking for support via Patreon. And also getting better at asking for help from volunteers. Both these are essential though and are the lifeline keeping the community going so I must tackle them head-on!

Another thing that became apparent was my lack of awareness of how far I personally want to take Love Her Wild. One lady asked ‘do you want it to get bigger‘ and it’s a good question.

I don’t know the answer to that yet but I don’t want to grow just for the sake of it…..it’s a question I need to work out!

So many ‘thank you’s’

This weekend was a huge moment for me because it highlighted the part of Love Her Wild that I’m most proud to be a part of…..the people. I loved spending time with everyone. Being able to say a little ‘thank you’ back for all they have done.

My hope is that the core group of supporters – the people who are keeping the heartbeat of Love Her Wild going – keep growing and developing so that the community remains just that – a community. I don’t ever want it to just be me…..birthdays are really boring on your own!

And if anyone reading this is keen to get involved with Love Her Wild then please do get in touch – bex@loveherwild.com. Because I’m getting better at asking for help 🙂

Here’s to another year!

One of the ladies who attended – Emma Lawton – also wrote a blog about the weekend here and here . (That chicken video in the last blog gets me every time!!). Thanks for your kind words Emma 🙂