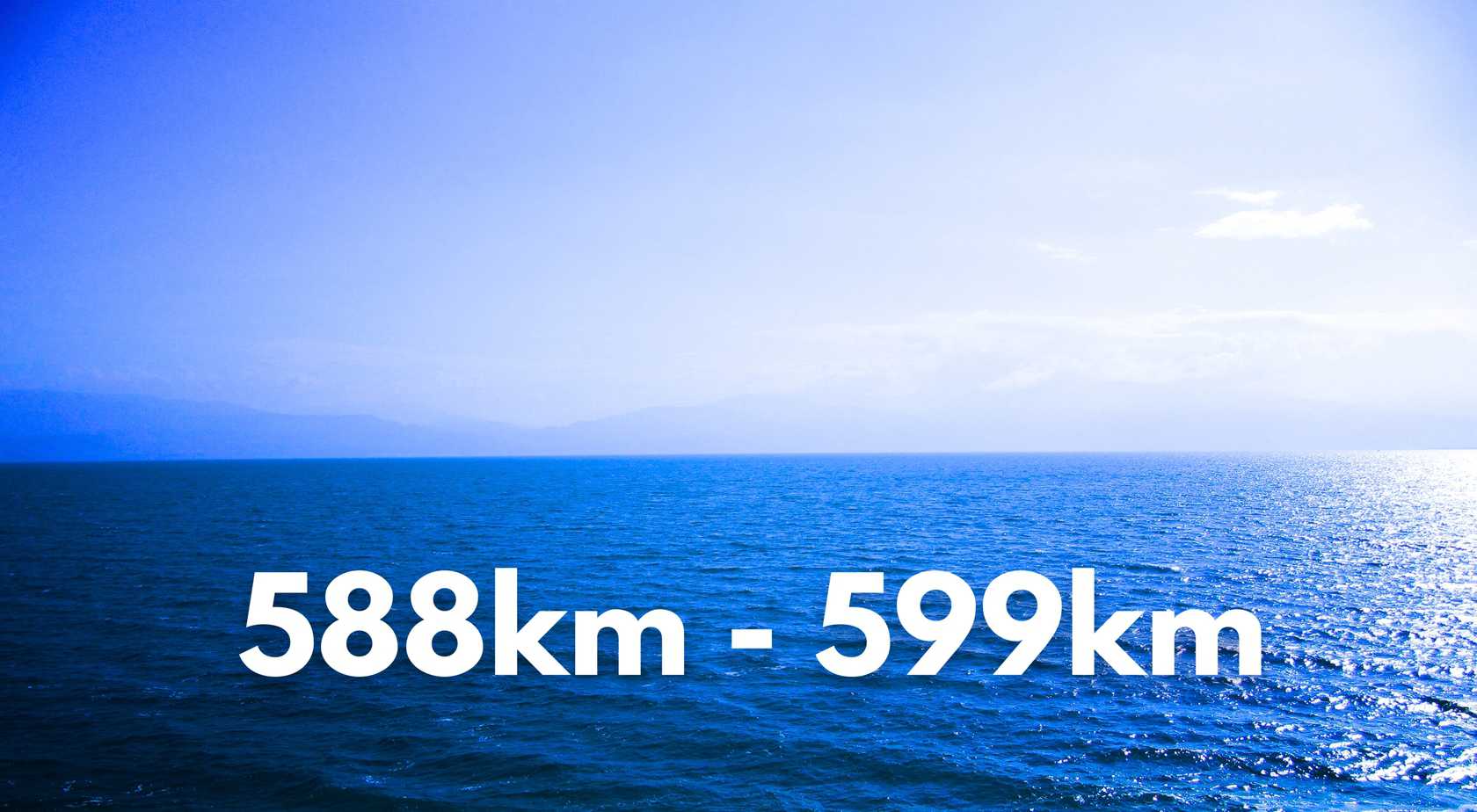 Apparently there was a large group playing music and messing about right by our tent in the middle of the night. With my ear plugs in, I slept straight through it all! I felt bad for Gil though for not sleeping well. People can be horrible sometimes.

It was just a short easy 12km hike into Arad. When you know you are heading towards a shower, food and a bed, the distance always feels painfully long. When I reached the top of a small hill, a snake slithered effortlessly at such speed right in front of me. I like snakes but I know there are poisonous ones in Israel so you need to take extra precautions such as shaking your boots before putting them on and being careful when rolling up the tent – they like small dark spaces. The same goes with scorpions. This one didn’t bother us though and was out of sight in seconds. 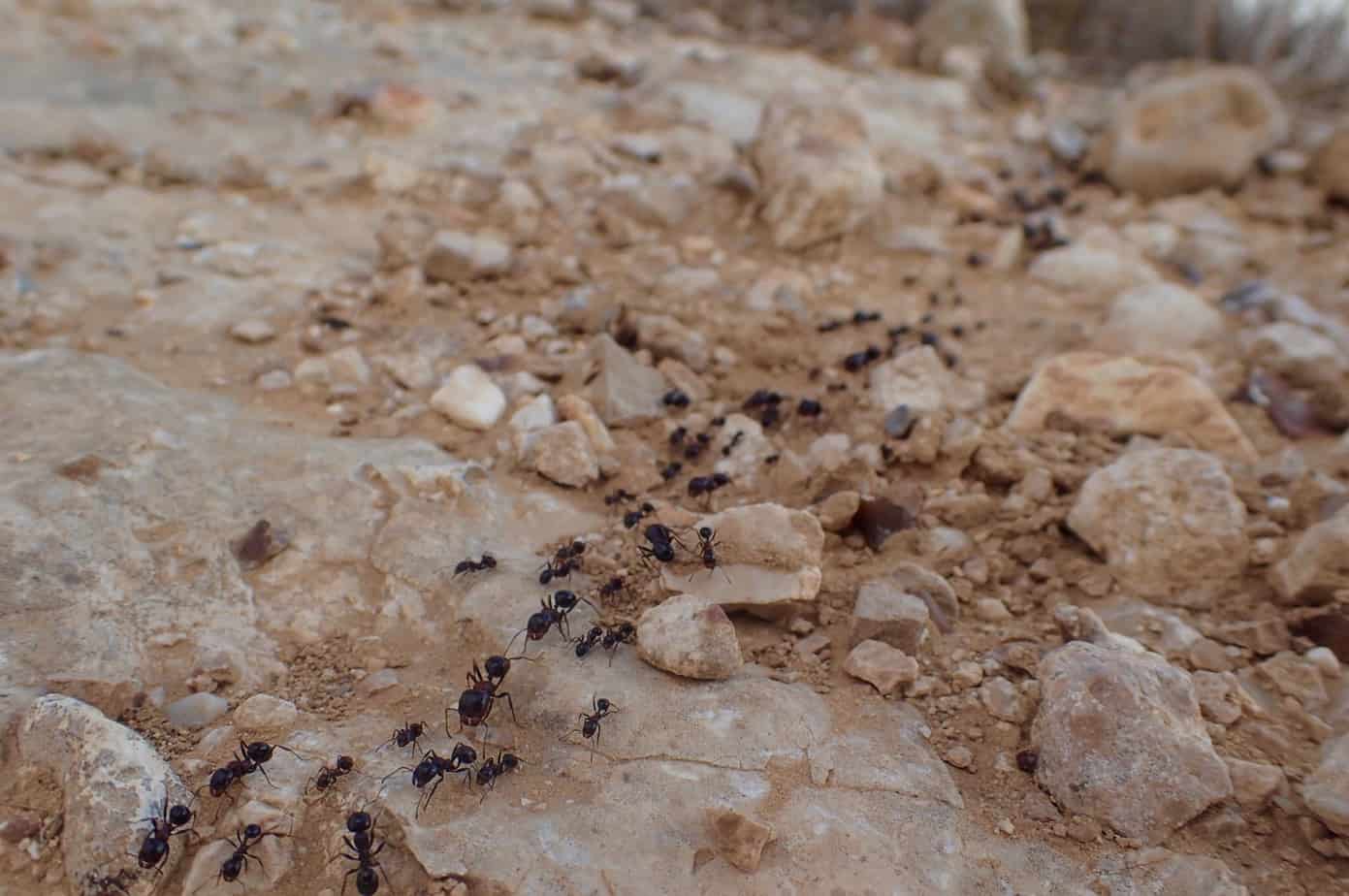 In the middle of the desert, the sudden wall of buildings told us we had reached the city. Arad is small and sleepy. Desert life is slow. We walked an extra 20 minutes to a supermarket where we brought some croissants and orange juice for breakfast. We’d made the mistake of food shopping on an empty stomach too many times so it’s always good to eat first. 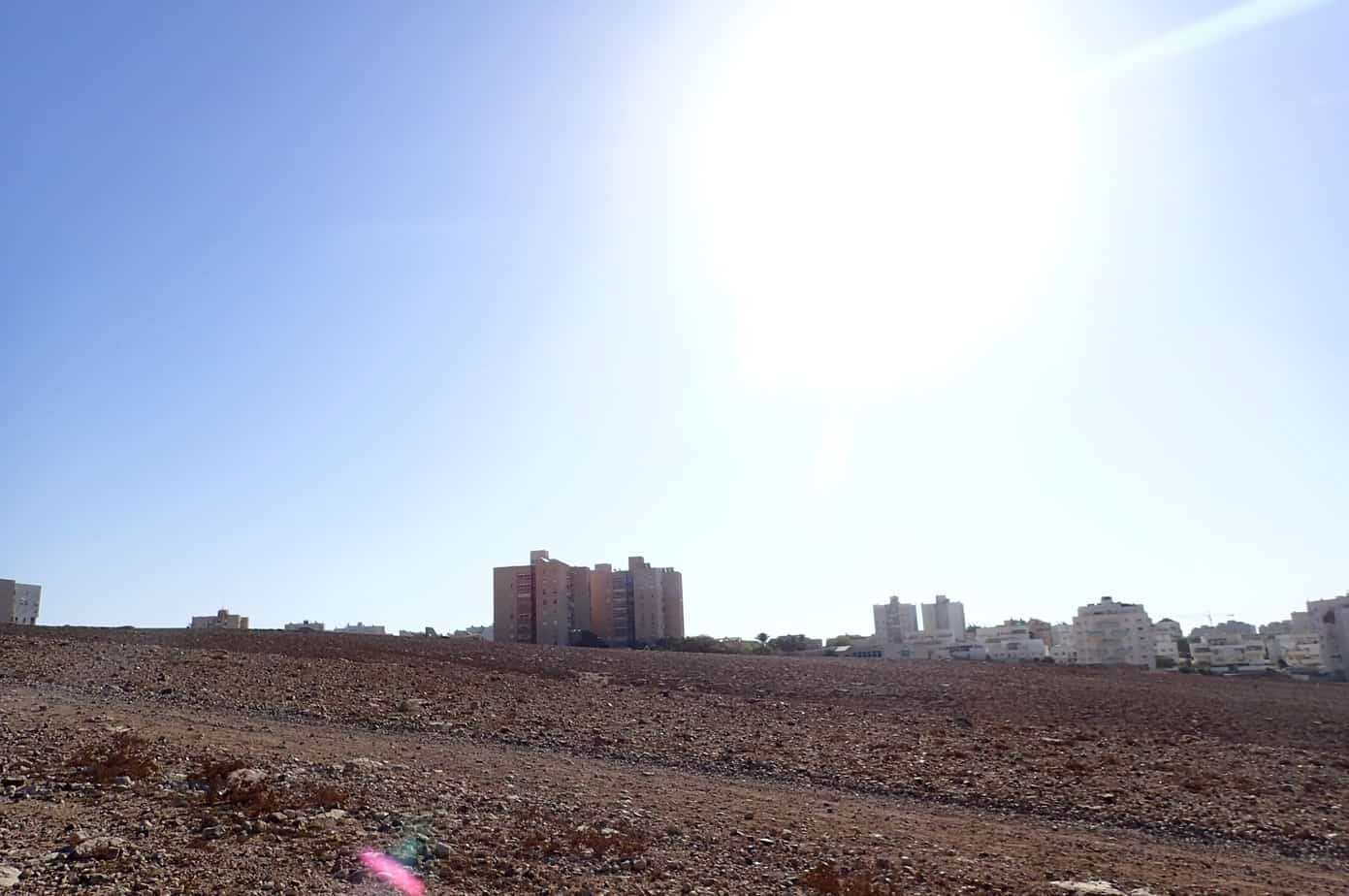 Gil stayed with the bags and the charging phone and I went shopping on my own, list in hand. Shopping in a foreign country is always stressful but half an hour in I was almost finished and pleased with myself for tracking down all the items with my limited Hebrew. I turned to put something in my trolley and it was gone! It had all my food shopping in, plus the 5 shekels you had to put in to unlock it. I searched back and forth in the aisles but couldn’t see it anywhere. I asked a shop attendant for help and they just said they didn’t speak English and ignored me. I asked another and he didn’t want to help either so I pushed him more until he reluctantly started looking as well. He disappeared to the back of the shop and returned with an empty trolley. I started to explain that I wanted the one with my money and shopping in, when a woman interrupted us and the shop assistant turned his attention to her, ignoring me. I didn’t want an empty trolley – I didn’t want all that time wasted shopping for nothing. I couldn’t understand why no one wanted to help me!

Not knowing what else to do, I went out to get Gil. My frustration turned to tiredness and, suddenly, I felt really upset by the whole situation. It sometimes feels like everything I try to do here goes wrong. There’s always drama and I never know how to deal with it. Gil went in, sorted it out and eventually they found our trolley somewhere out the back.

We finished the shopping together – with no more dramas – and walked 30 minutes to Dead Sea Adventure Hostel. Tucked on the edge of the city with mountain views, the hostel is warm and friendly with a homely feel. It felt comforting and relaxed and was just what I needed, providing a welcome stay of calm. We were greeted by Tamir who showed us our room, kindly helped us with our laundry and provided us with all the information we needed. Tamir has a great sense of humour and genuinely likes people and I could see he would make our stay here extra special. 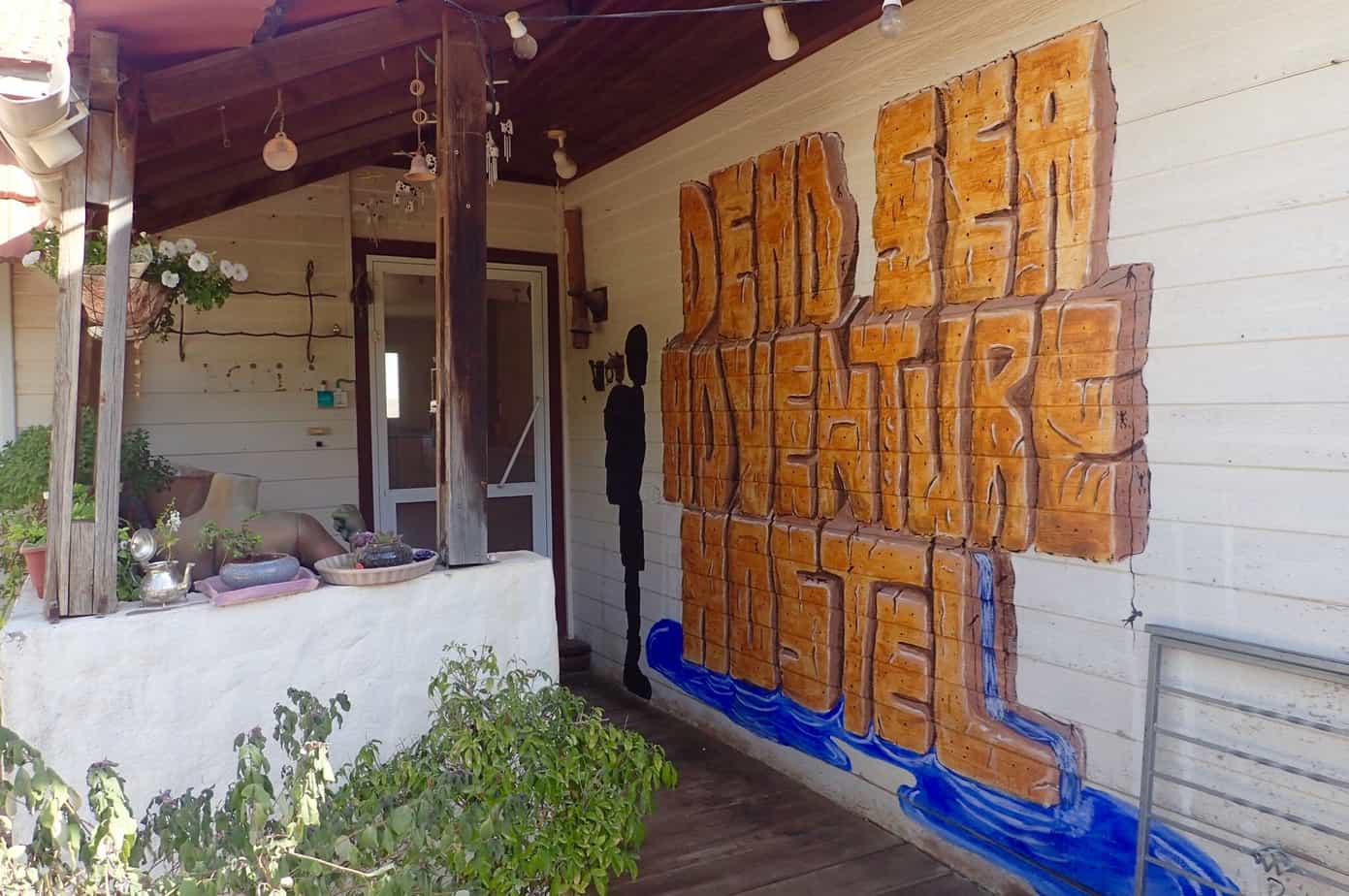 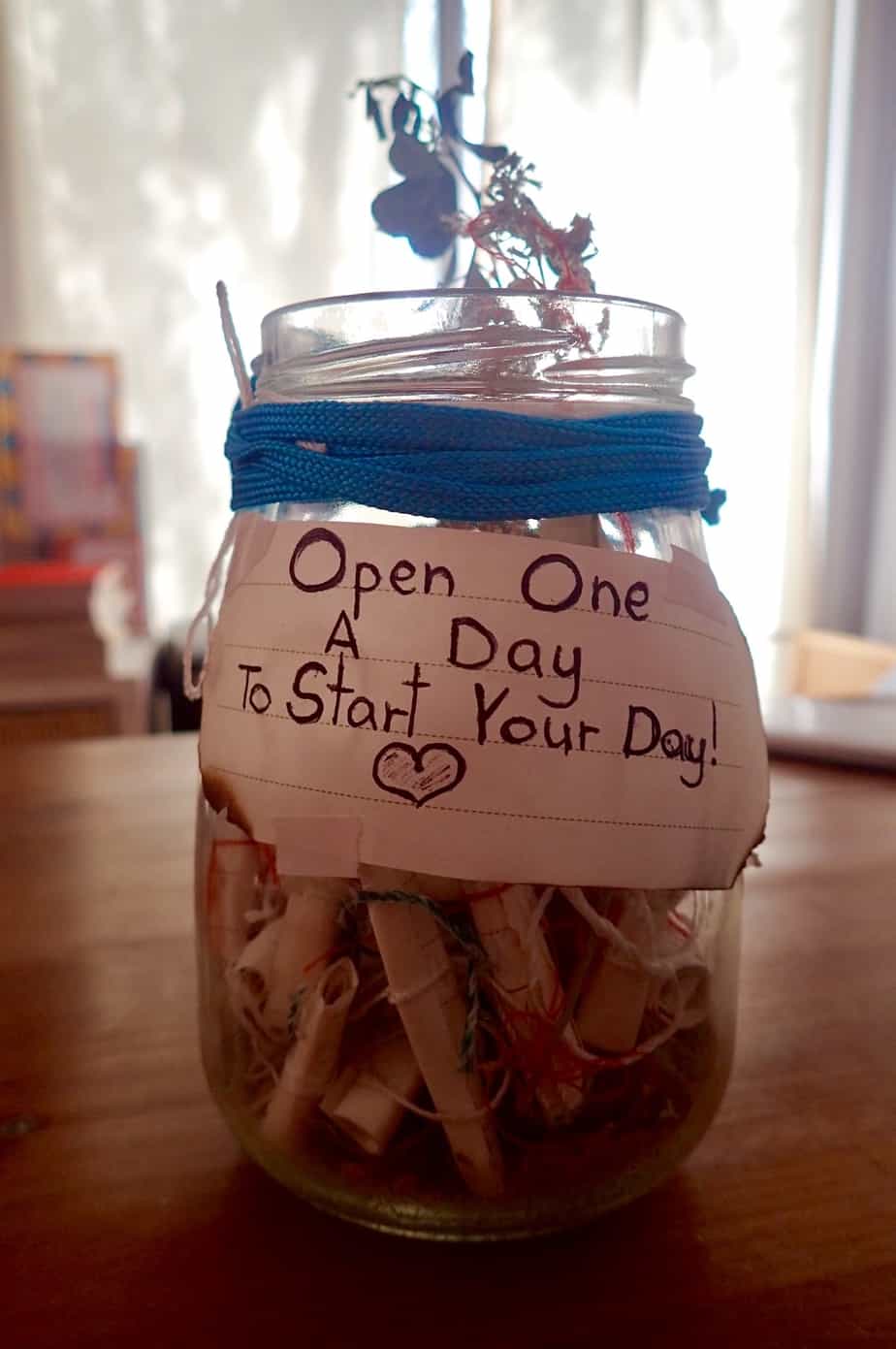 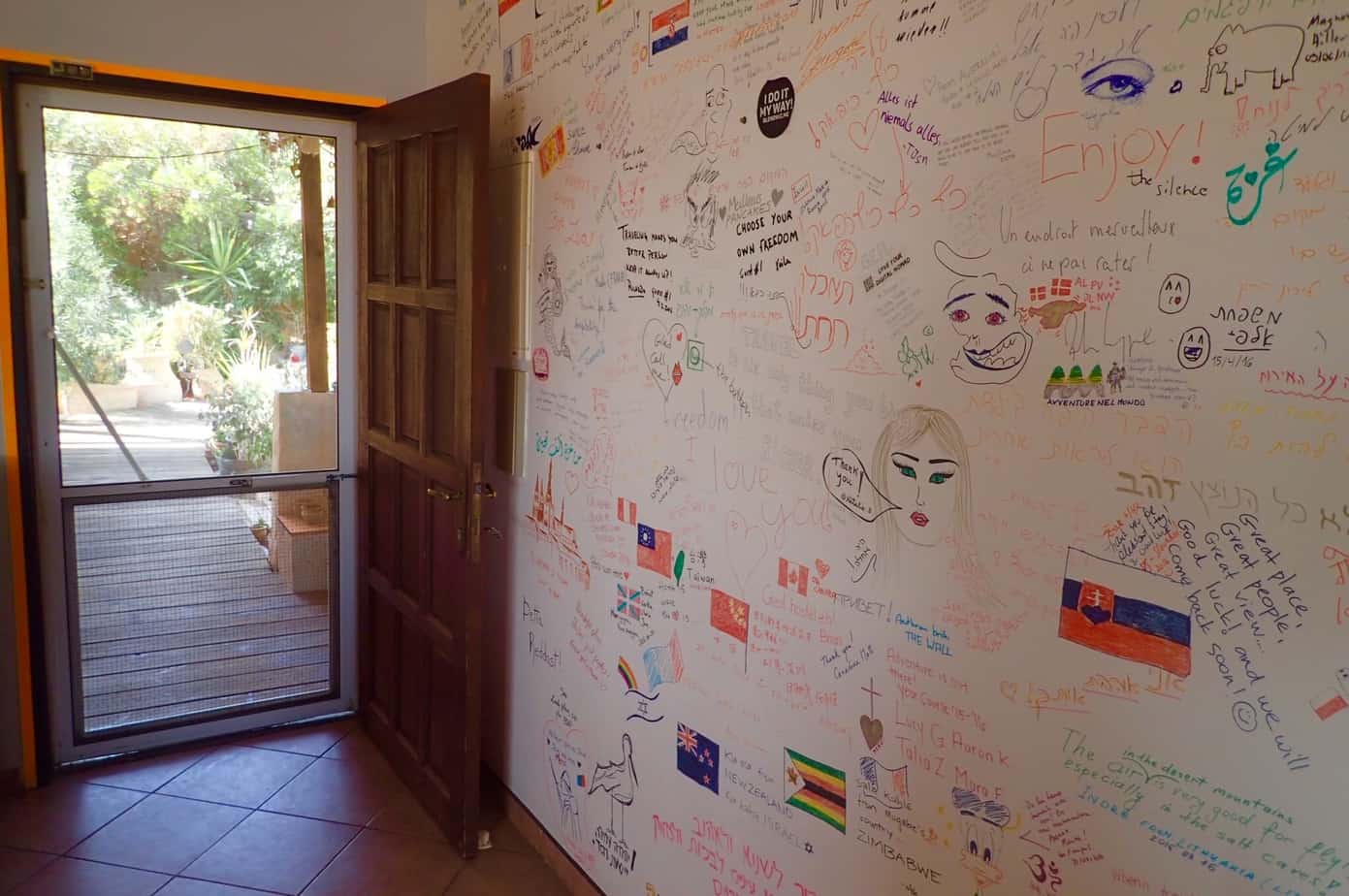 After a shower we were met by Eitan who works for the Tamar NGO who run a number of projects that work in partnership with the Bedouin community. He wanted to share with us the work he does and he showed us some Bedouin areas so we could see the way they live, as well as visiting the country’s first Bedouin school (now abandoned). The charity focuses on education as a way of improving the lives of the community. It was fascinating to here about their traditions, how they are loyal to Israel and how each settlement is made up of just one family. Eitan said he works with someone who has 32 siblings, from 3 wives, who all make up a neighbourhood! 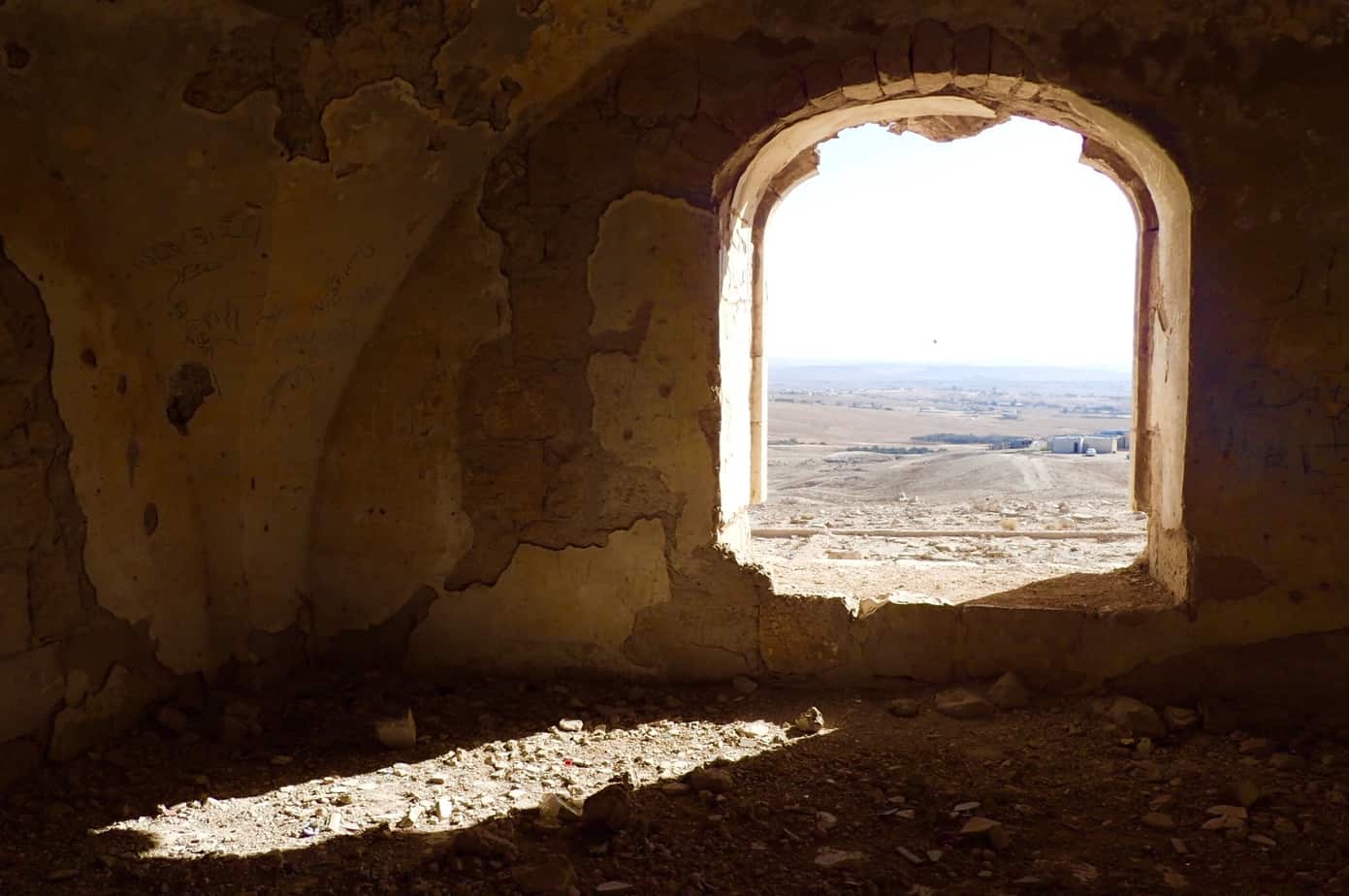 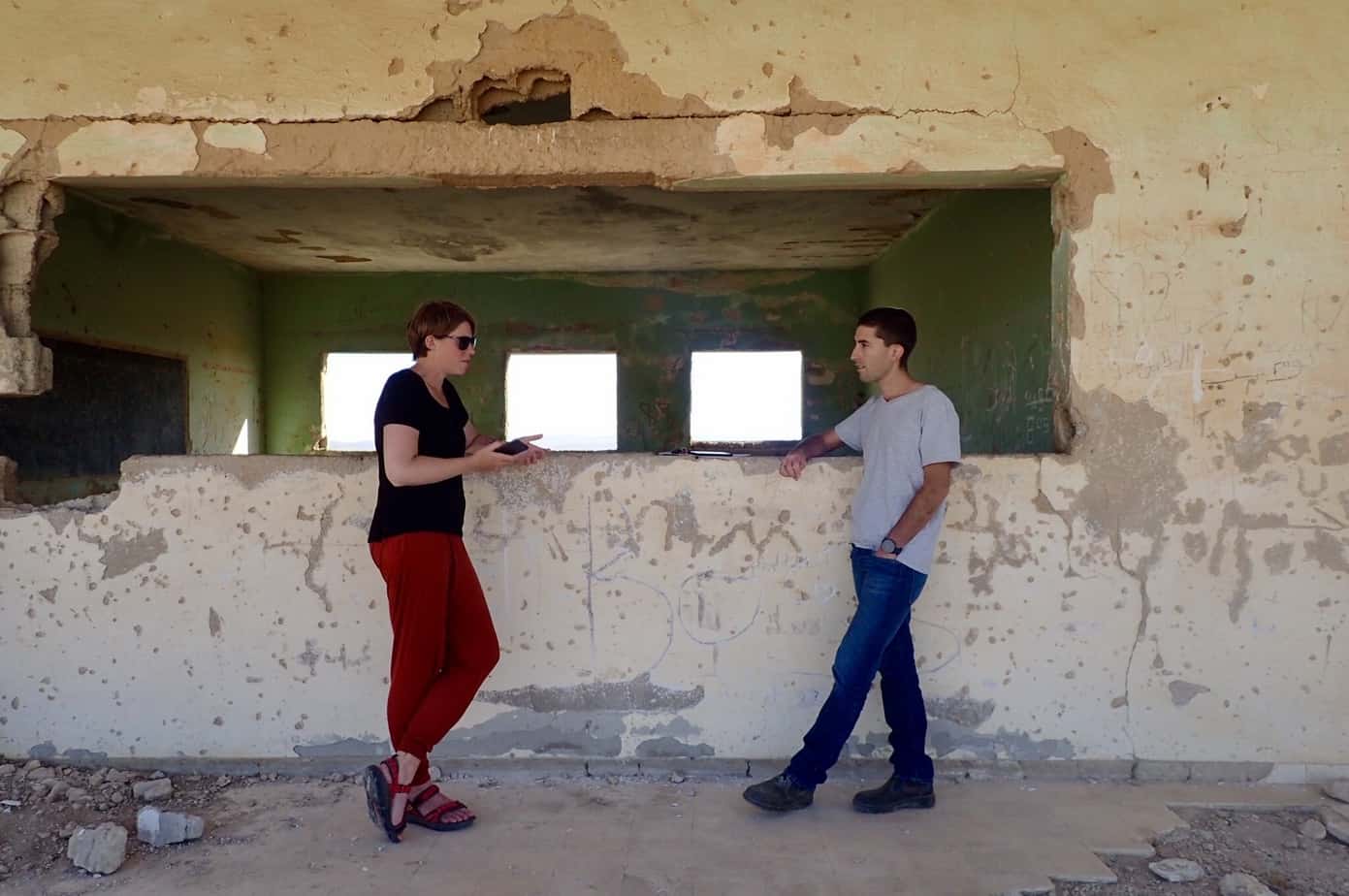 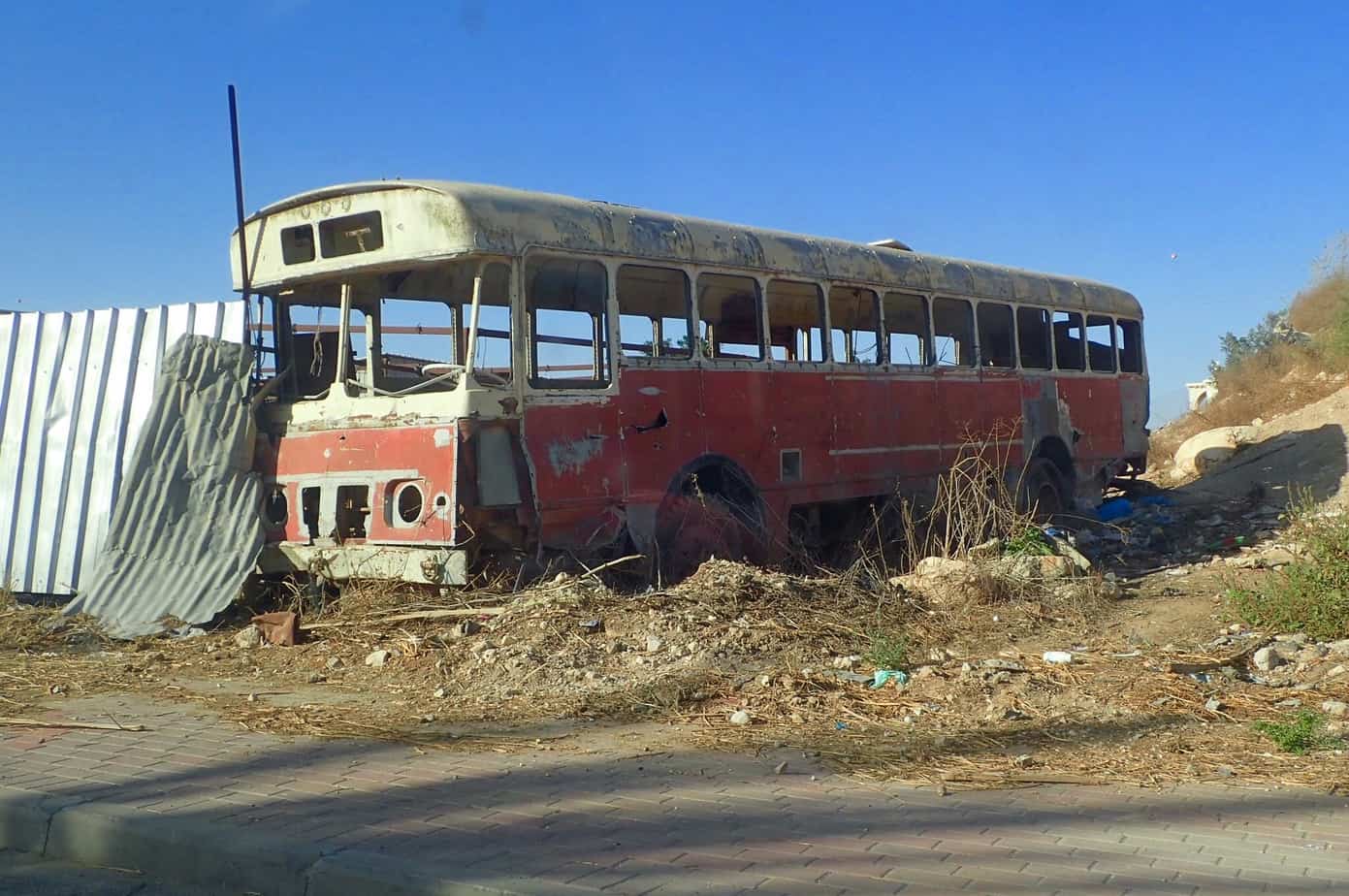 Back at the hostel we made pizza and chips. I needed some comfort food. I spent too long on my phone in the evening and my head was wired. I’m setting a technology curfew for tomorrow night!

We were up at 6am and had to make a few important phone calls and sort out some urgent personal admin. It’d be nice if everything just stopped when you went away but the tax man doesn’t acknowledge our attempts to escape real life!

Tamir made pancakes for breakfast. Yum! We met a German staying at the hostel called Reimund. He’s a Bahai who lived in Israel for a year when volunteering in Haifa at one of the religions most sacred places. 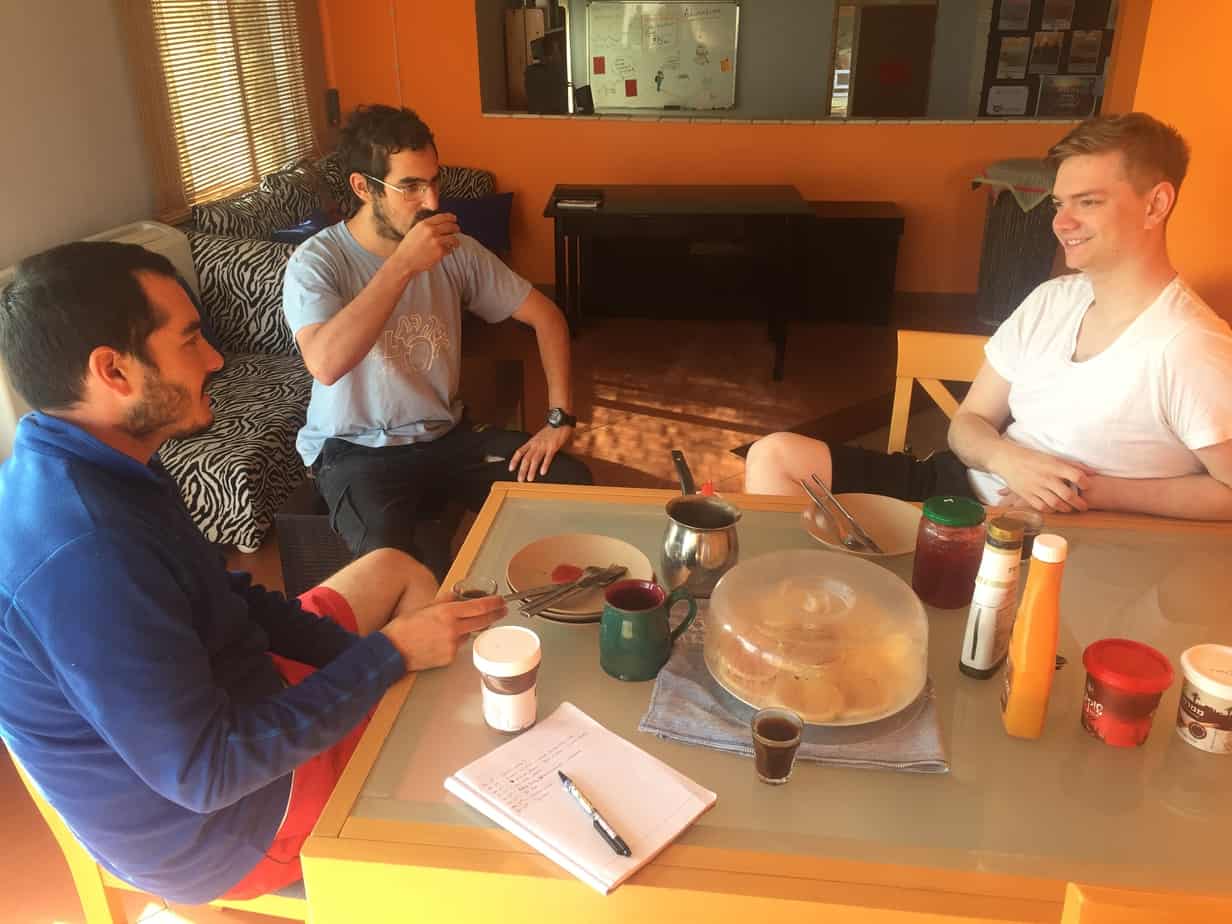 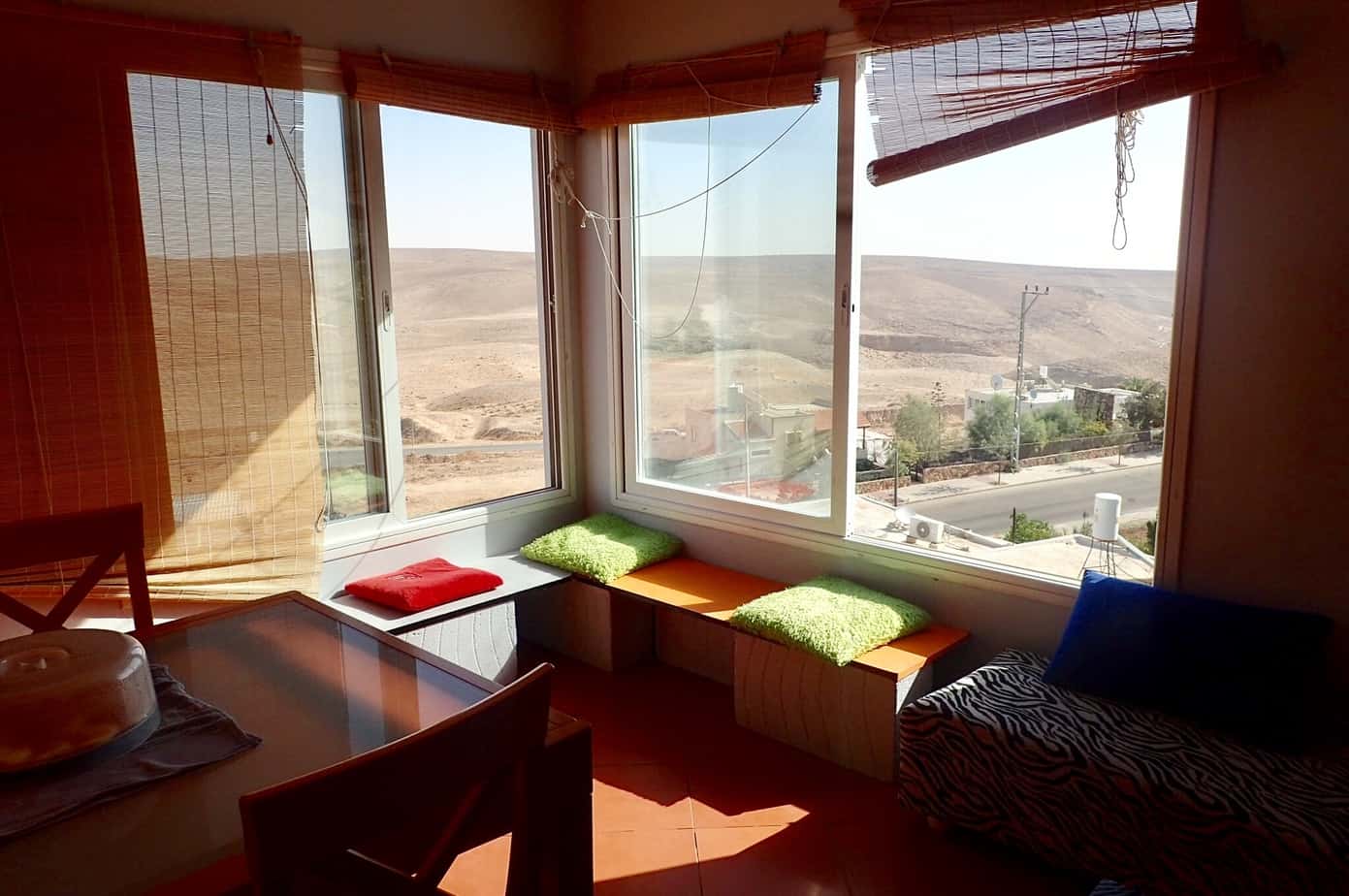 Reimund was heading to the Dead Sea so we grabbed a lift with him. 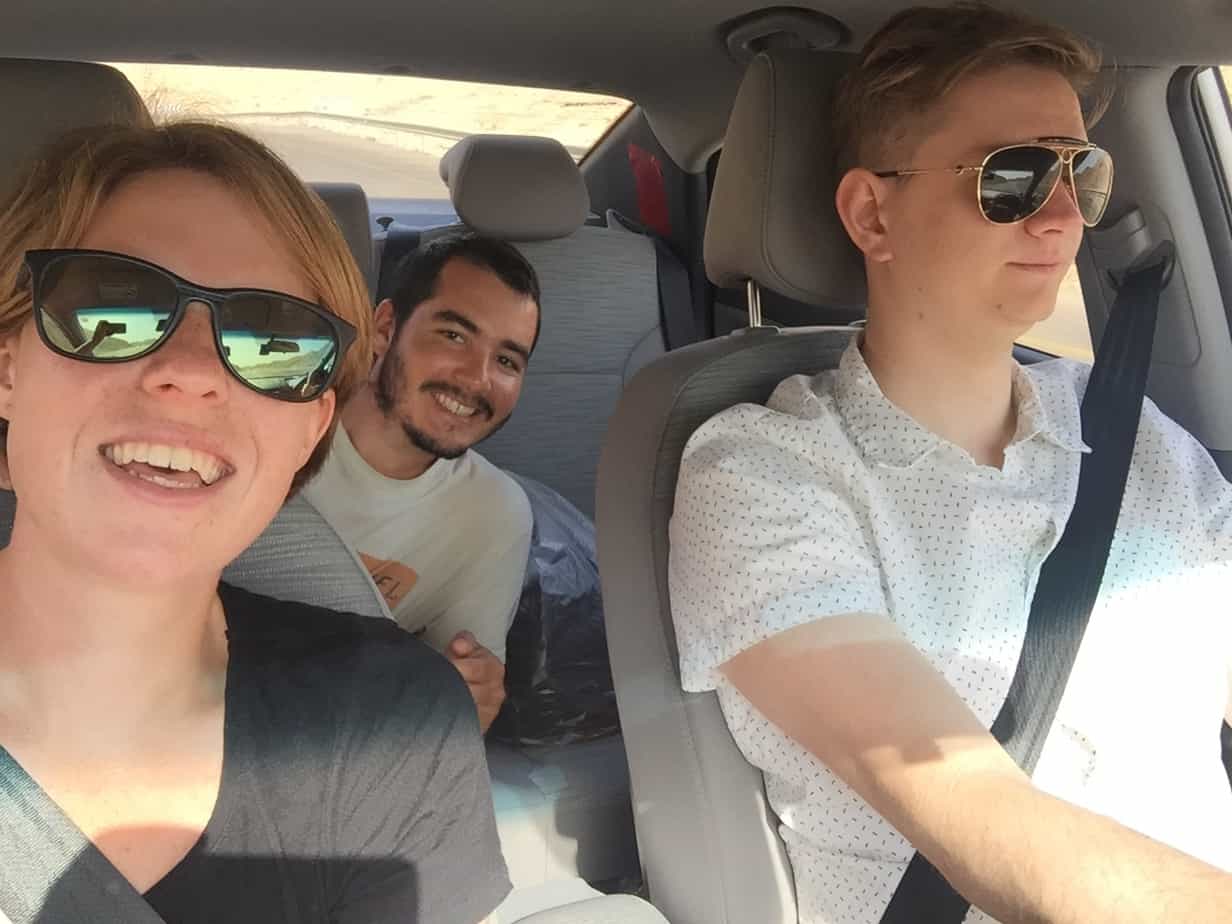 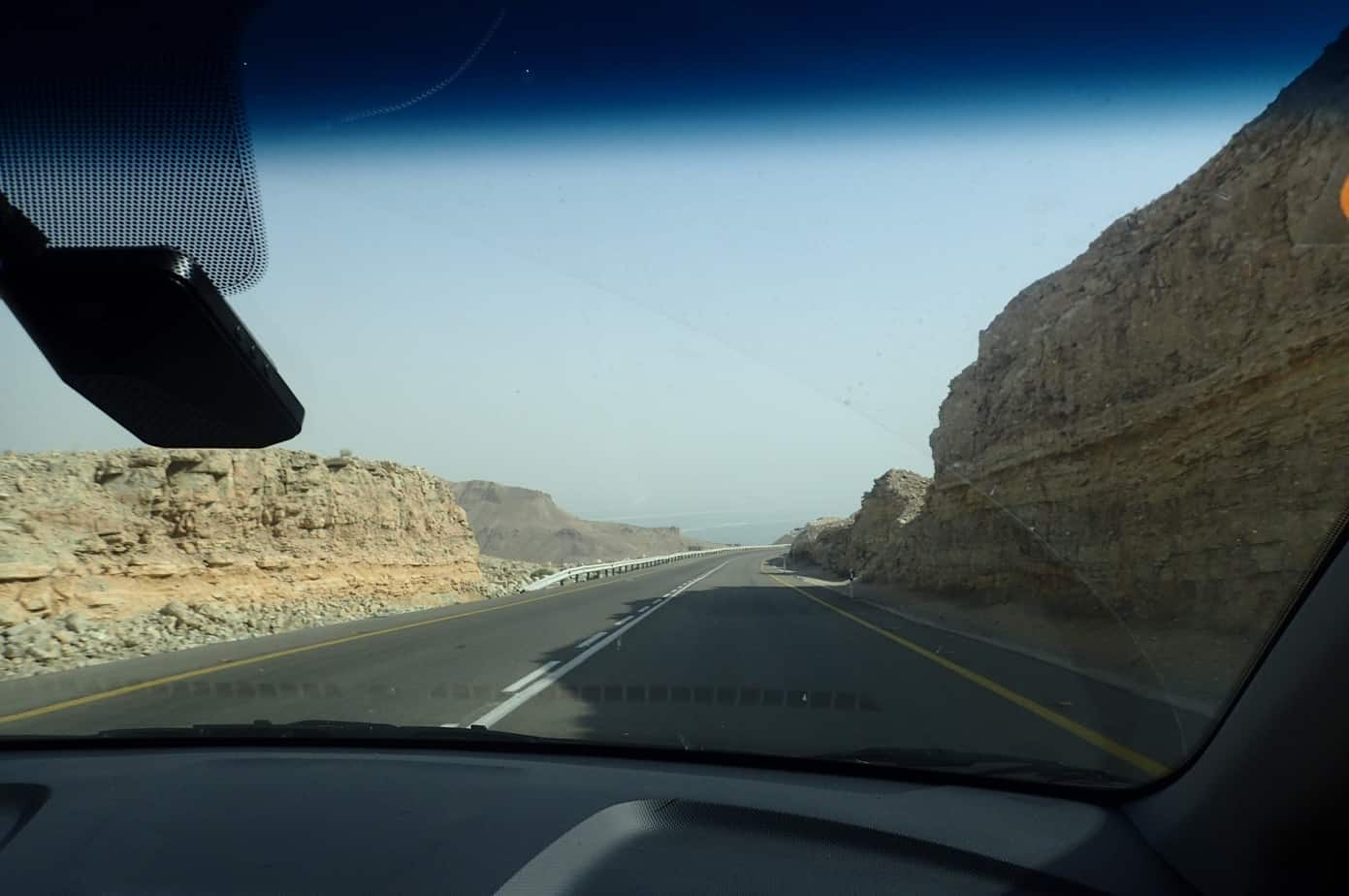 The Dead Sea was amazing. Although it was busy it was so quiet and peaceful, probably because most of the visitors were over 60! I spent an hour floating. The salty water stung some cuts I had on my feet but it was still impossible not to feel relaxed and in awe of the strange floating sensation. 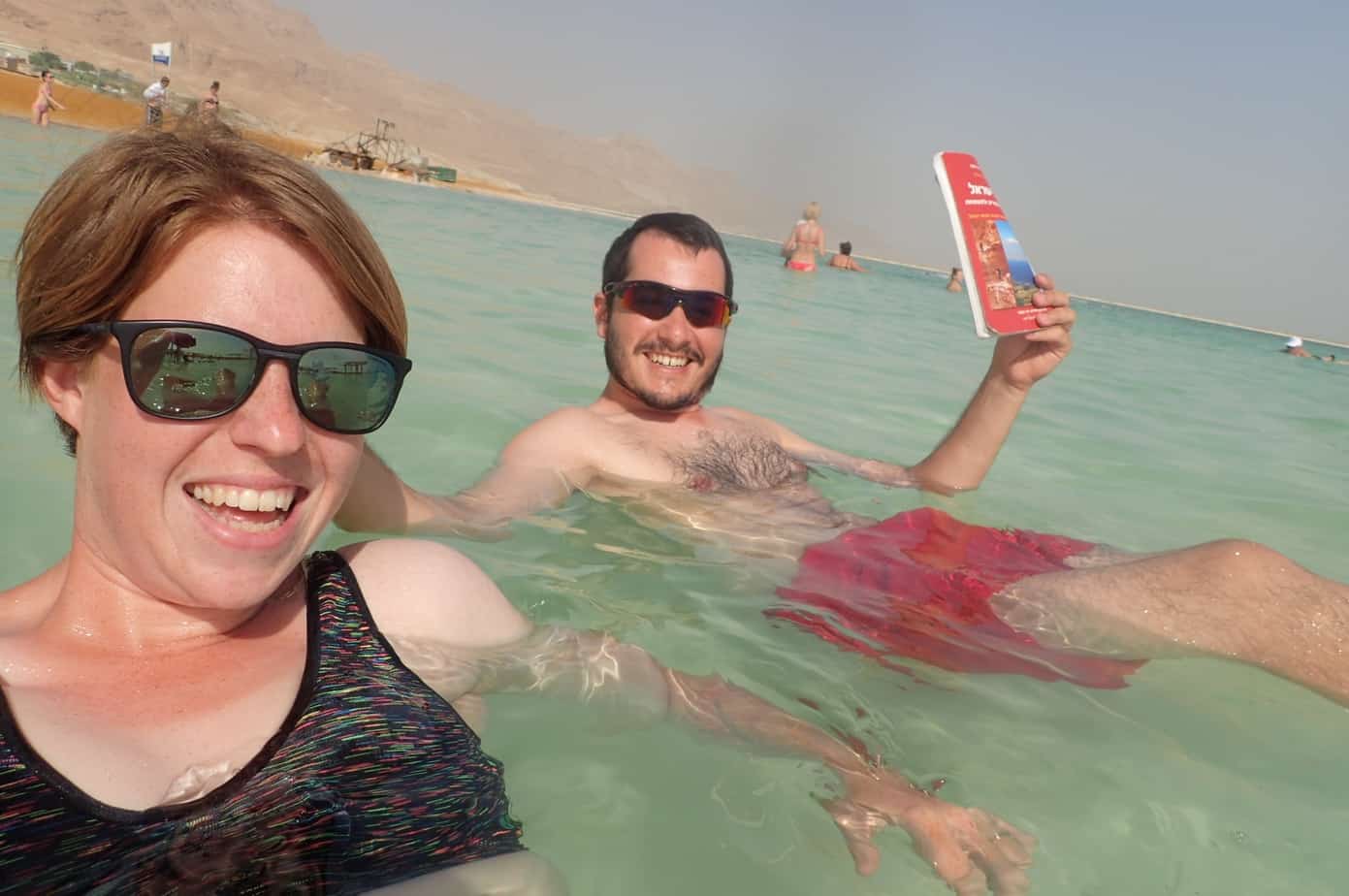 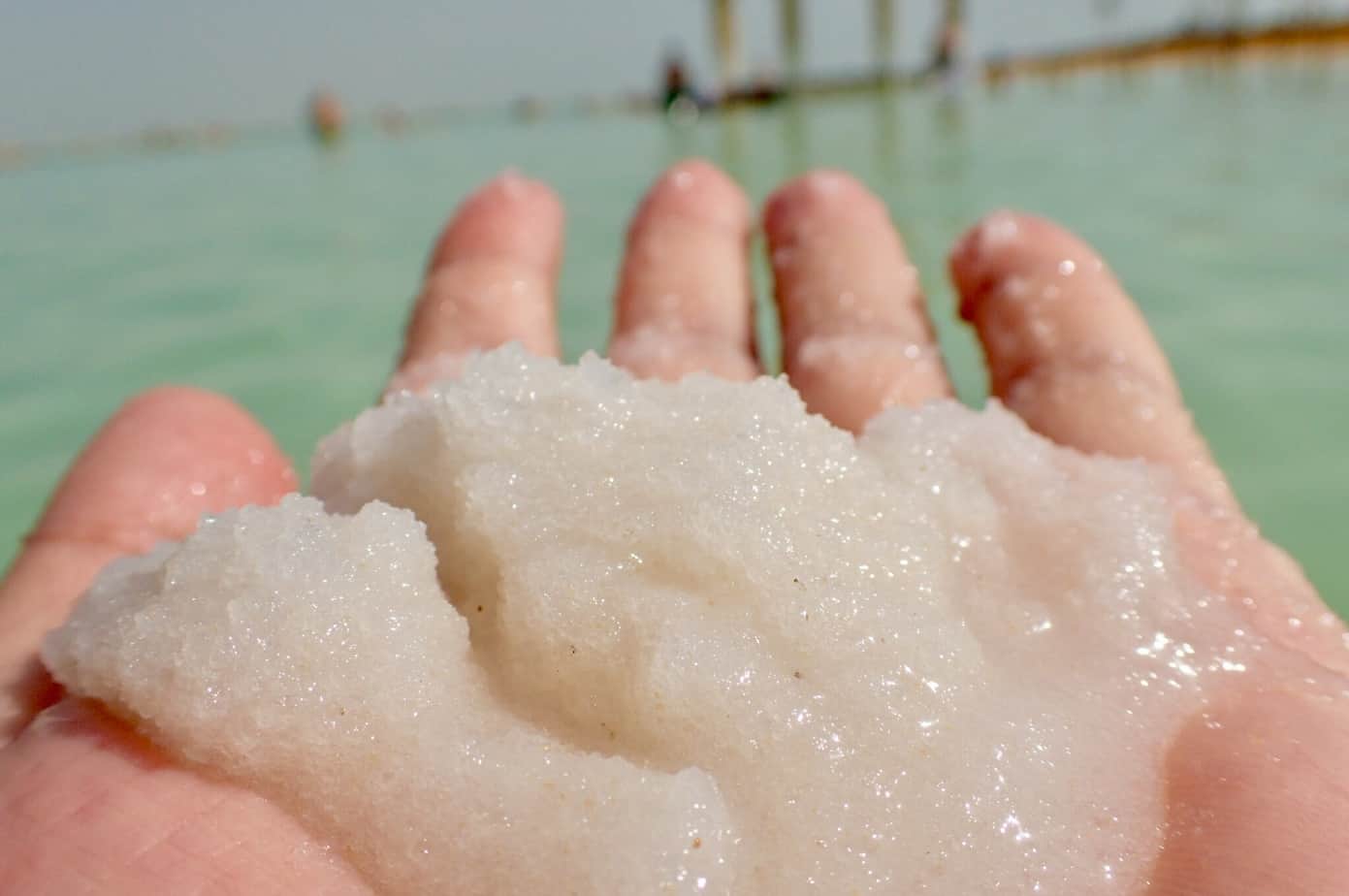 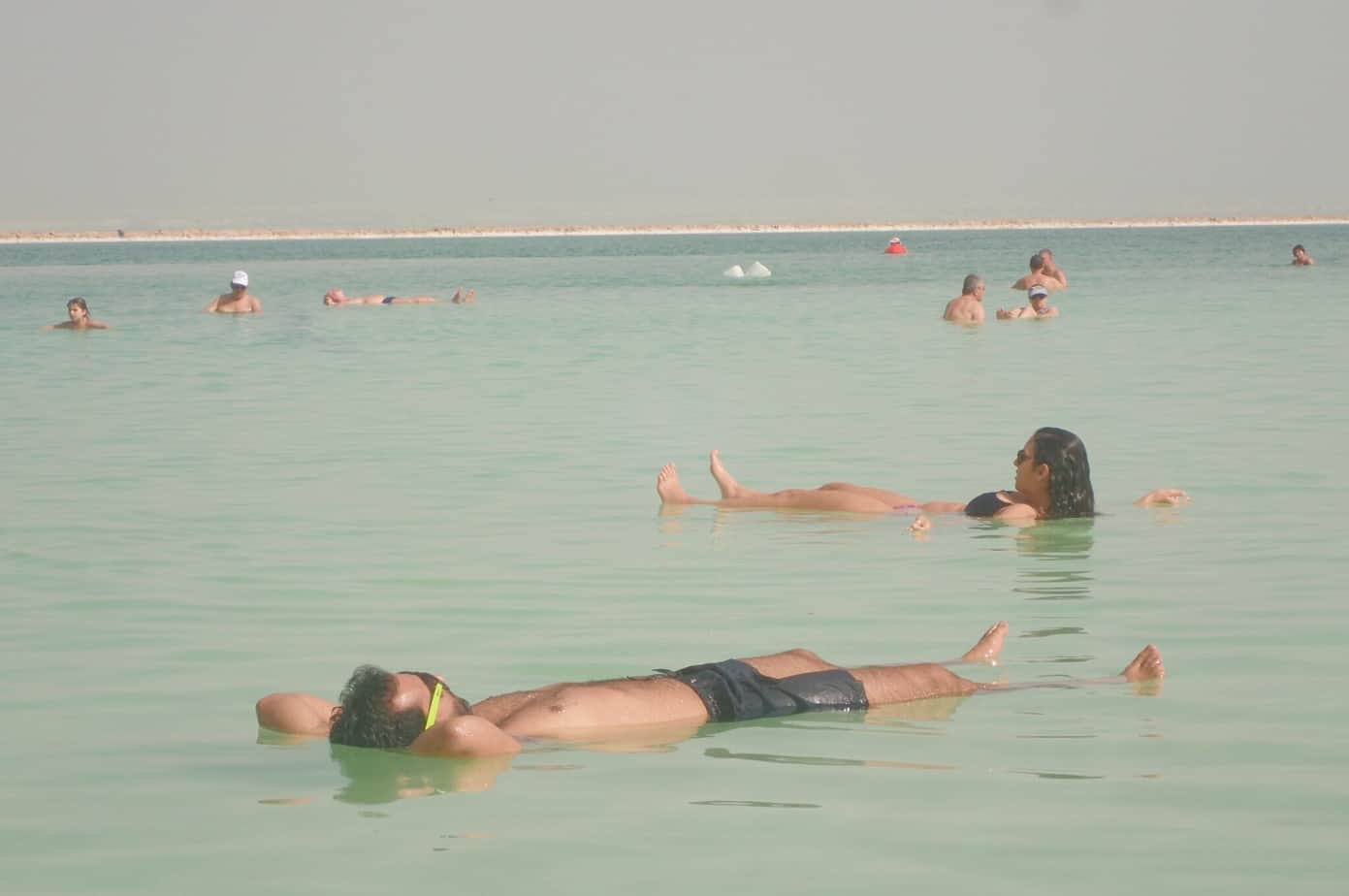 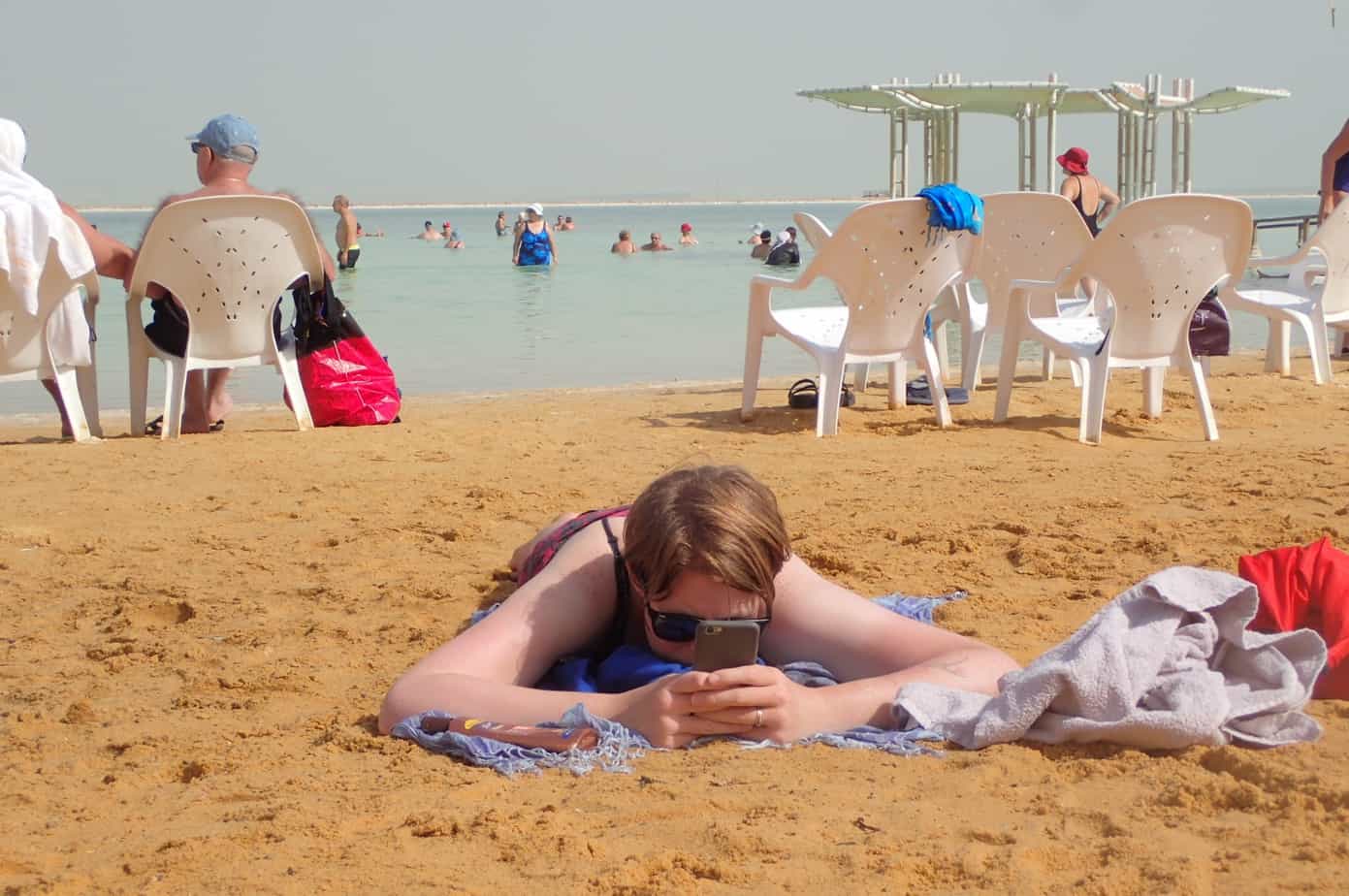 We needed to head back to the hostel to get some hiking chores done but, being Shabbat, there was limited bus services (so annoying!). We tried to hitchhike but after an unsuccessful hour, we went and caught the early afternoon bus. It was slow and we still had a 30 minute walk from the end stop, but it was worth it to see the Dead Sea. 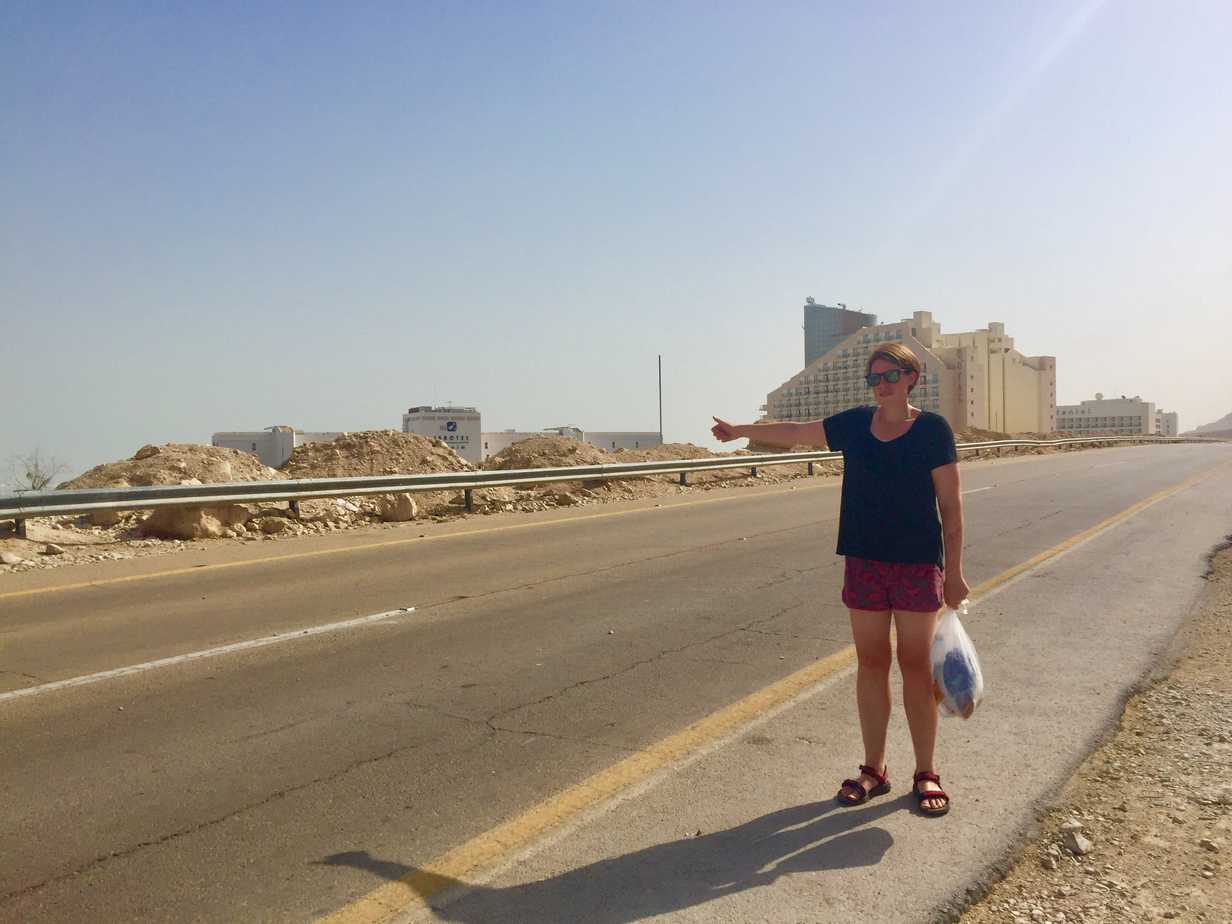 We packed our bags with our 6 days worth of food plus an extra litre of water each as we are now in the desert. My bag now feels really heavy. 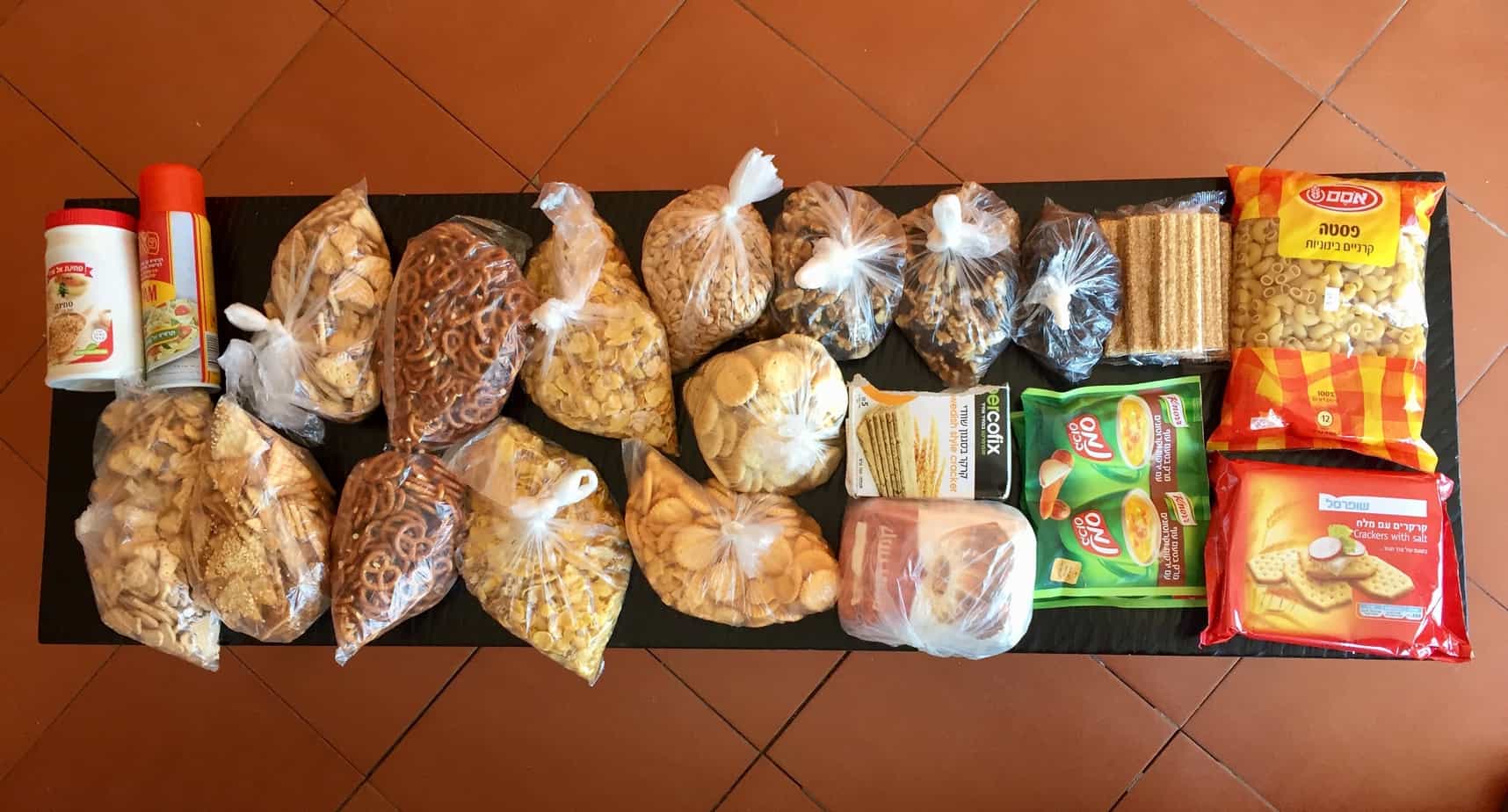 Before bed, we hung out in the hostels garden where Tamir had lit a fire and was making a popular Israeli meal called poyqe. It’s basically a stew, with everything thrown in, cooked slowly on a fire in a cast iron pot. My time in Arad had gone so quickly, I literally felt like I had just arrived. Although I so desperately wanted to stay by the fire chatting to the travellers, it was already way past my bed time. I said goodnight and reluctantly headed to bed. 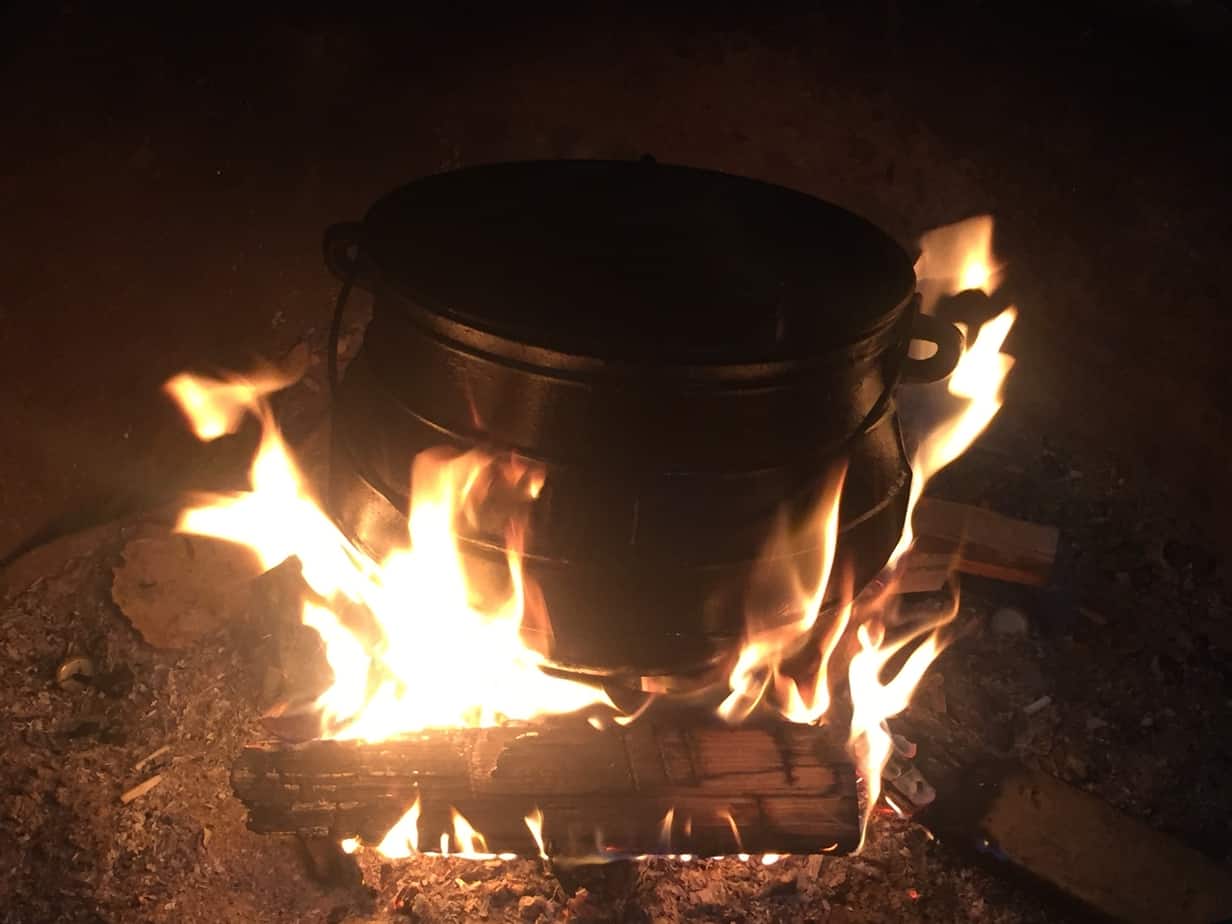 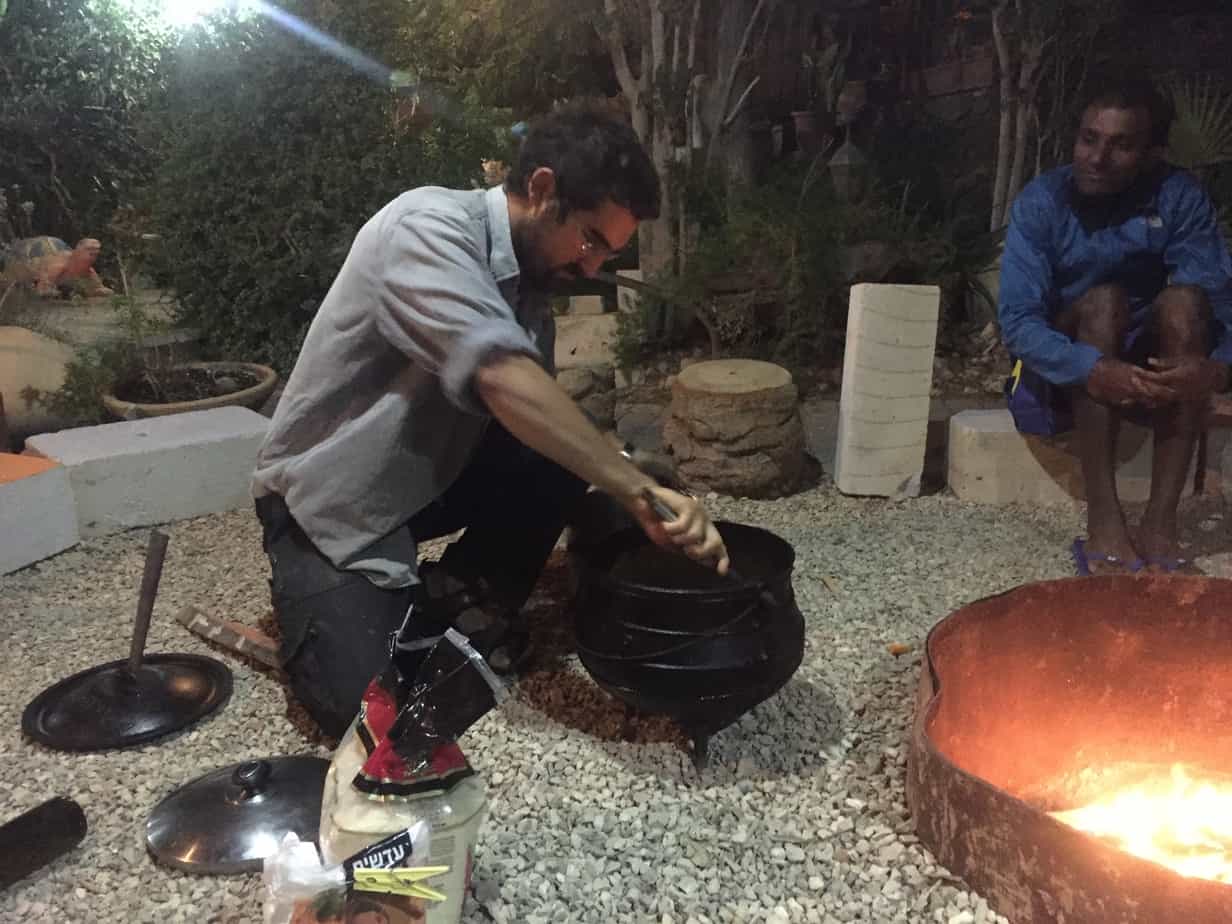 I am walking 1000km the full length of Israel. Part of the reason I have taken on this challenge is to raise money for Africa’s Children in Education. Each time I receive a donation it is a HUGE morale boost…please donate! The