Walking Israel: one of ‘those’ days 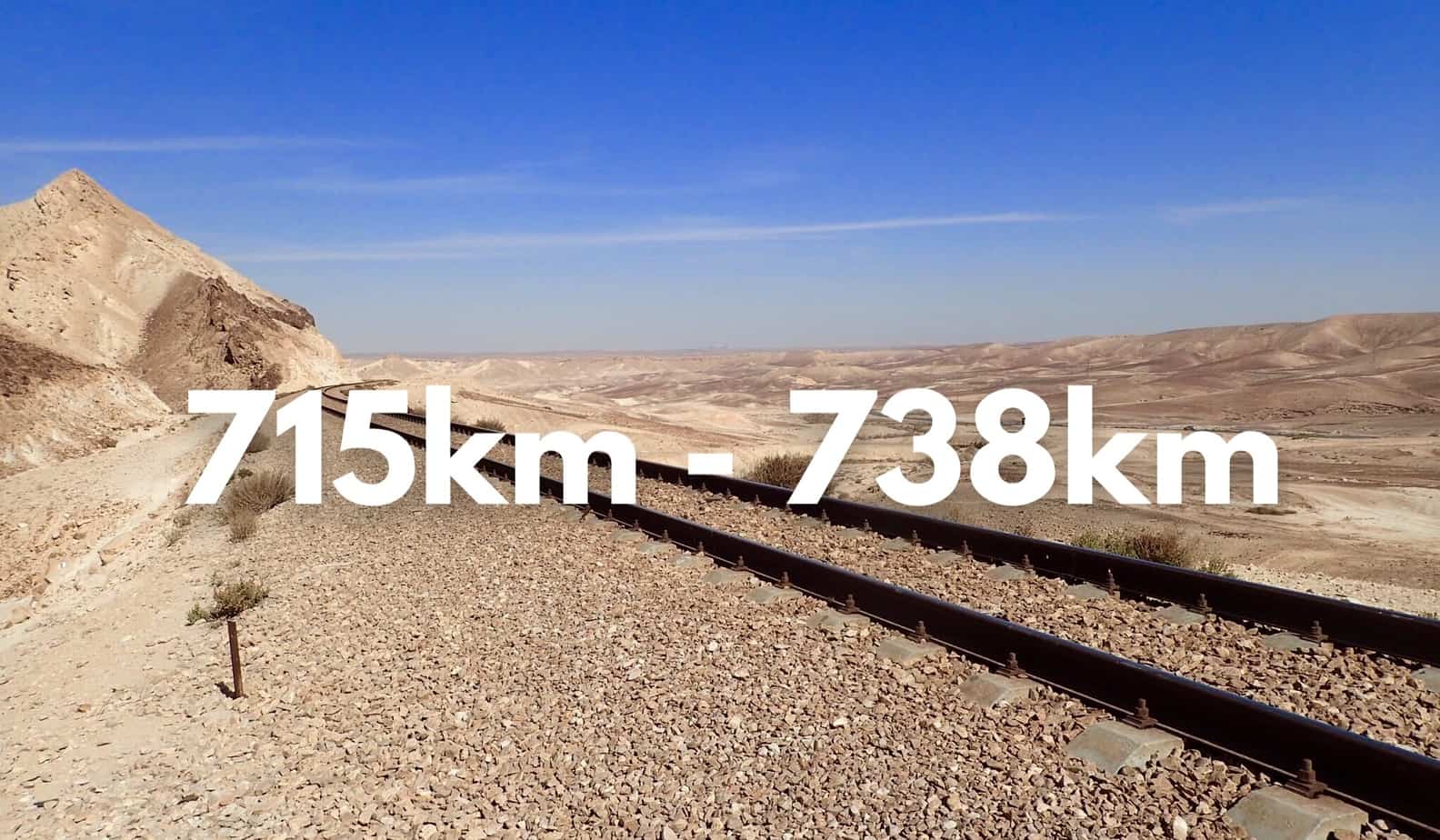 Although we had only met the night before, I already felt like Yanir and Netta were life long friends. We got on so well. They made us feel very comfortable so I made the most of the rest day by relaxing to the max. The only time I left the house was to go for a couple of short 5 minute strolls to stop my muscles from stiffening too much. 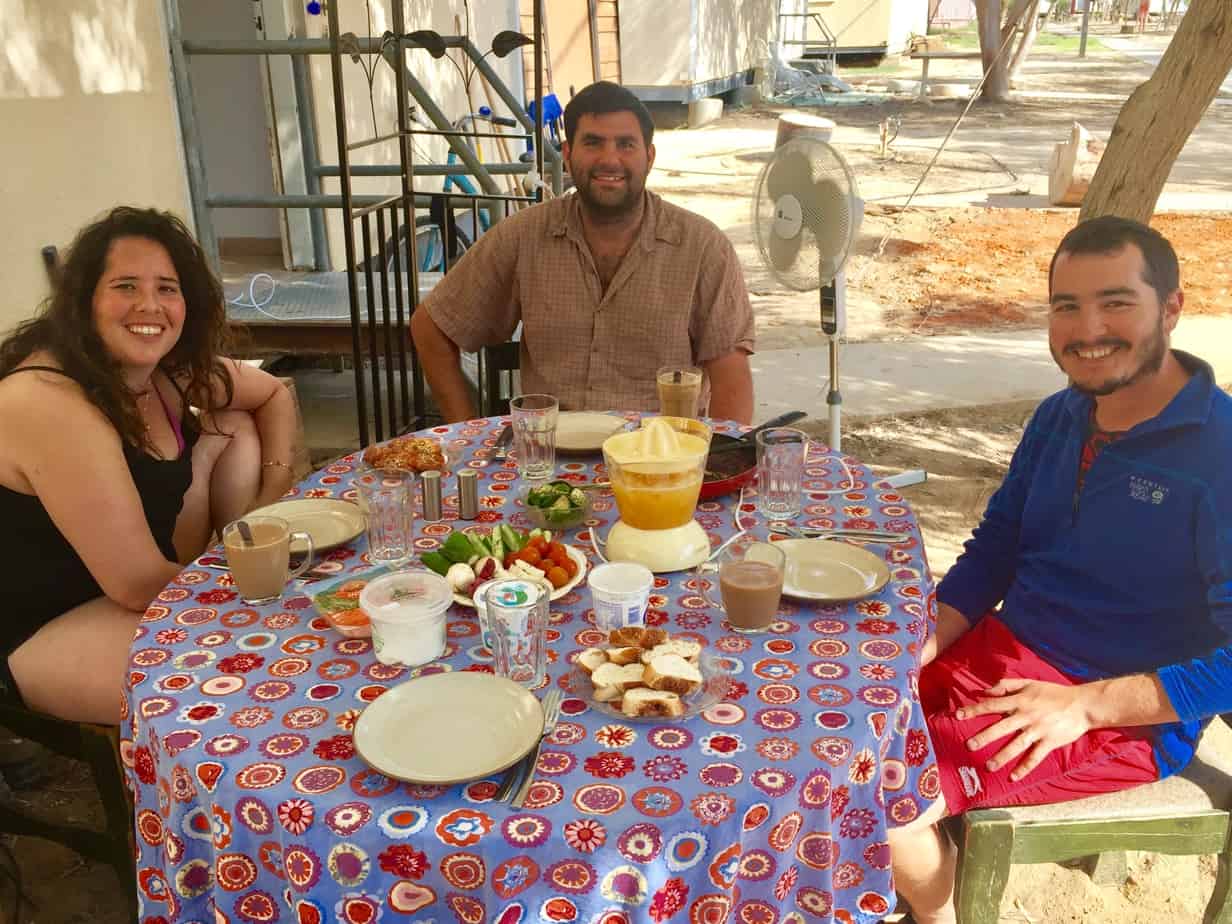 Netta is an amazing cook and she was making lots of snacks, meals and breads made from natural ingredients, without carbs or sugar. I tried a slice of pizza that was made from a zucchini (courgette) base – amazing! My favourite has to be the truffles though. I had a private 1 to 1 cooking lesson on how to make them. Date syrup, coconut oil, cocoa powder and milk mixed together and put in the freezer. Simple but unbelievably tasty. I think I ate about 60 over the course of the day (I wish I was joking). 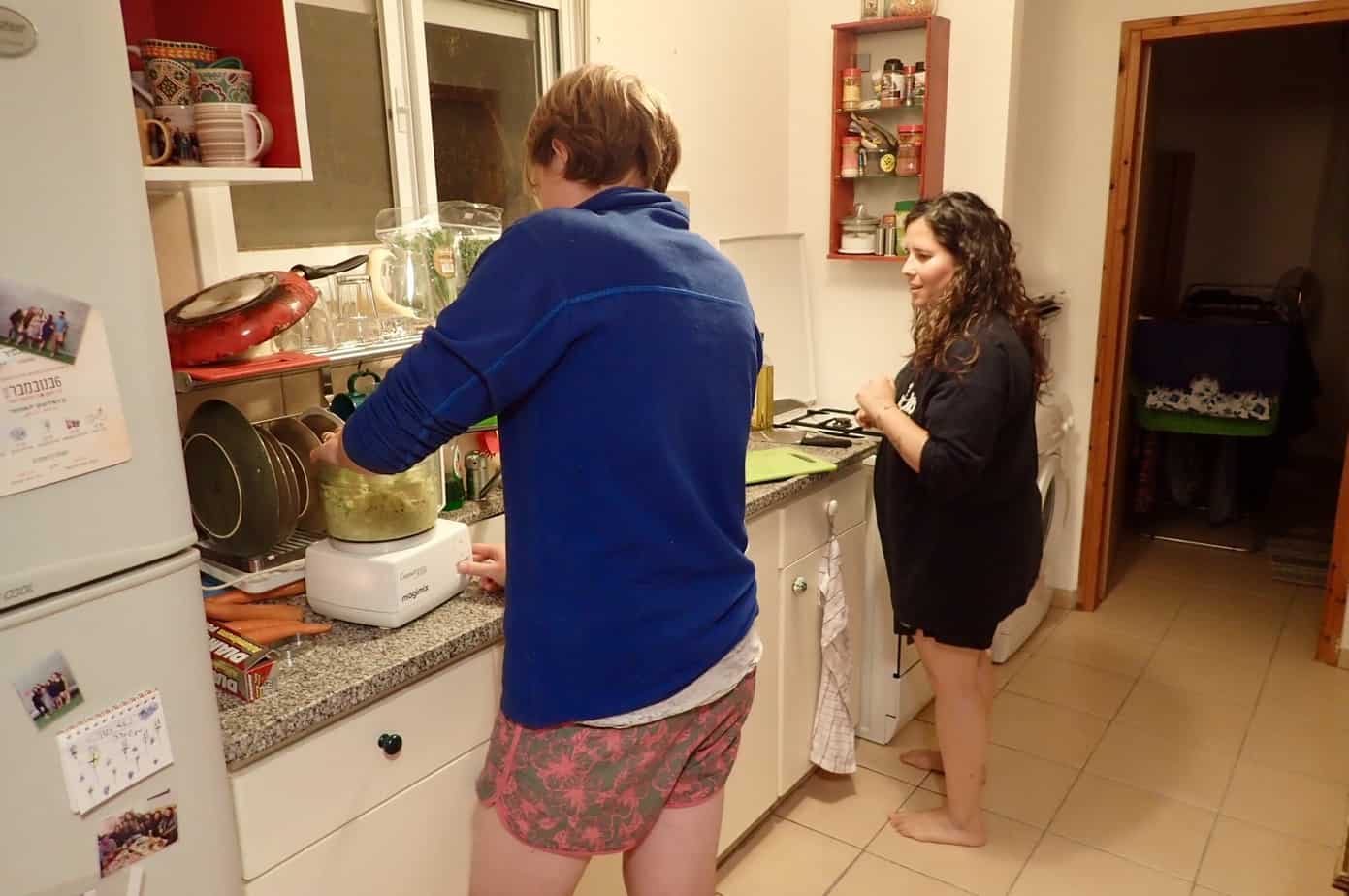 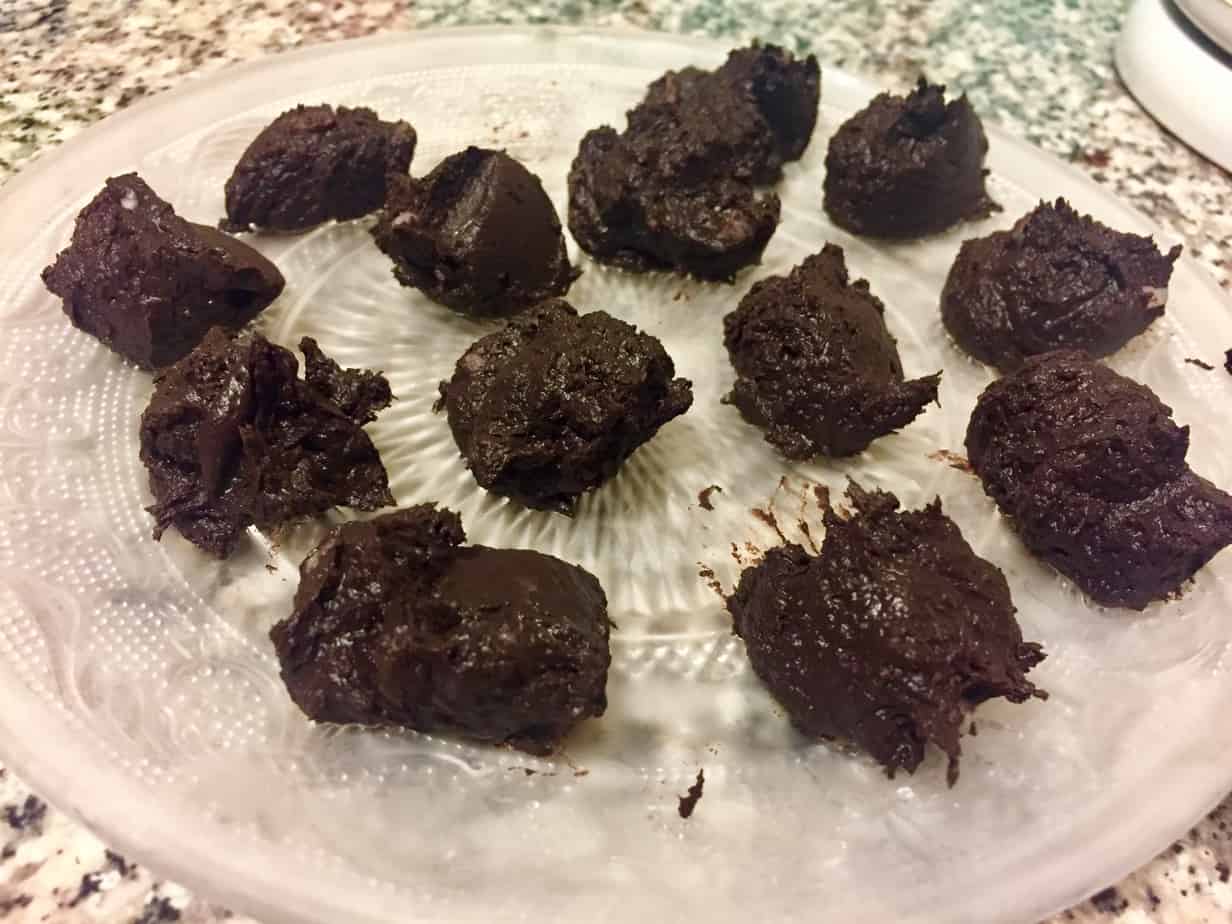 We made dinner together, pausing briefly to clean up the glass when the kitchen cupboard decided to attack us, and sat outside to eat. 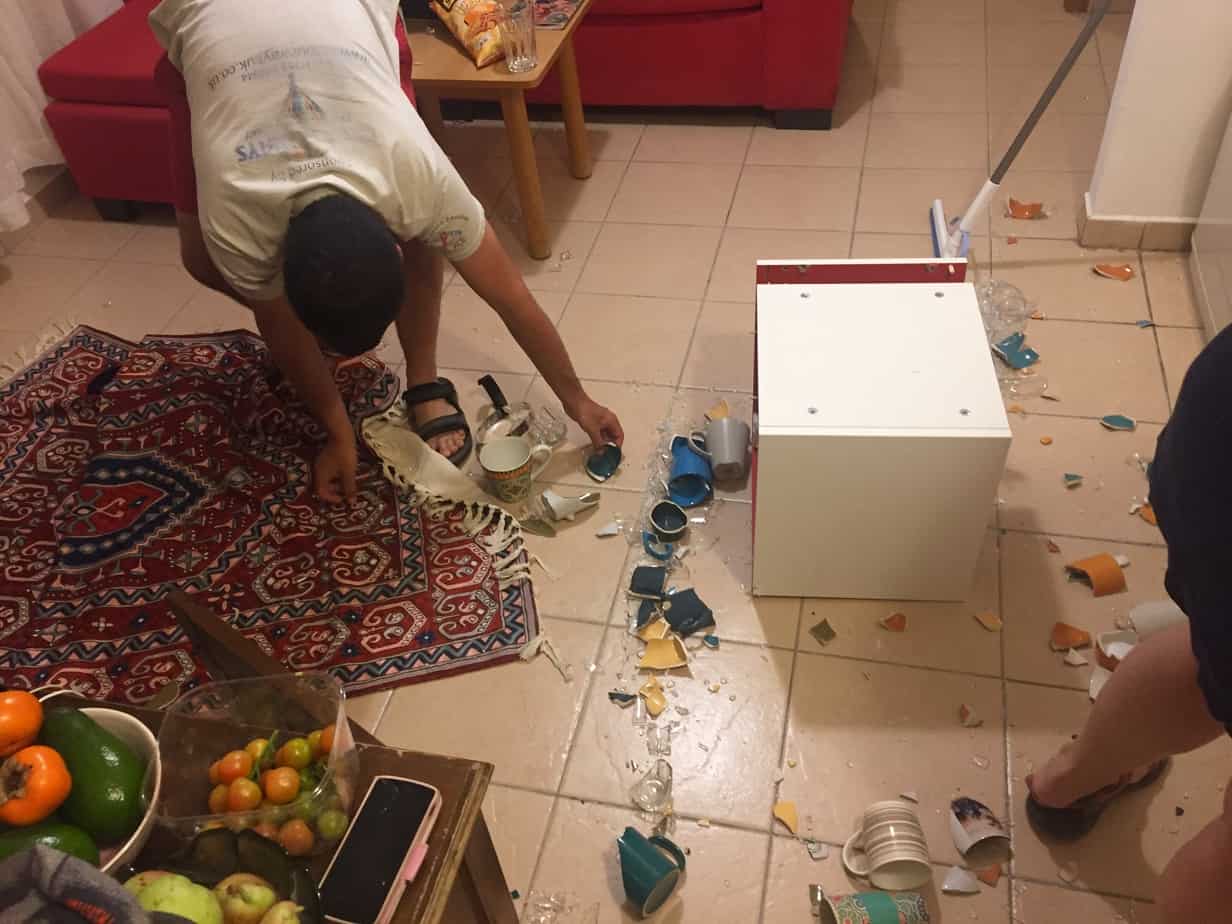 We started watching a film called Imperium with Daniel Radcliffe. We couldn’t stop laughing in the beginning because it was like watching Harry Potter trying to be tough. Once we got over how funny we were, we started watching the film properly. It turned out to be ok, predictable, but, an easy watch. It was way past our bedtime. I didn’t care though, it was bliss just switching off and having a bit of fun with new friends. 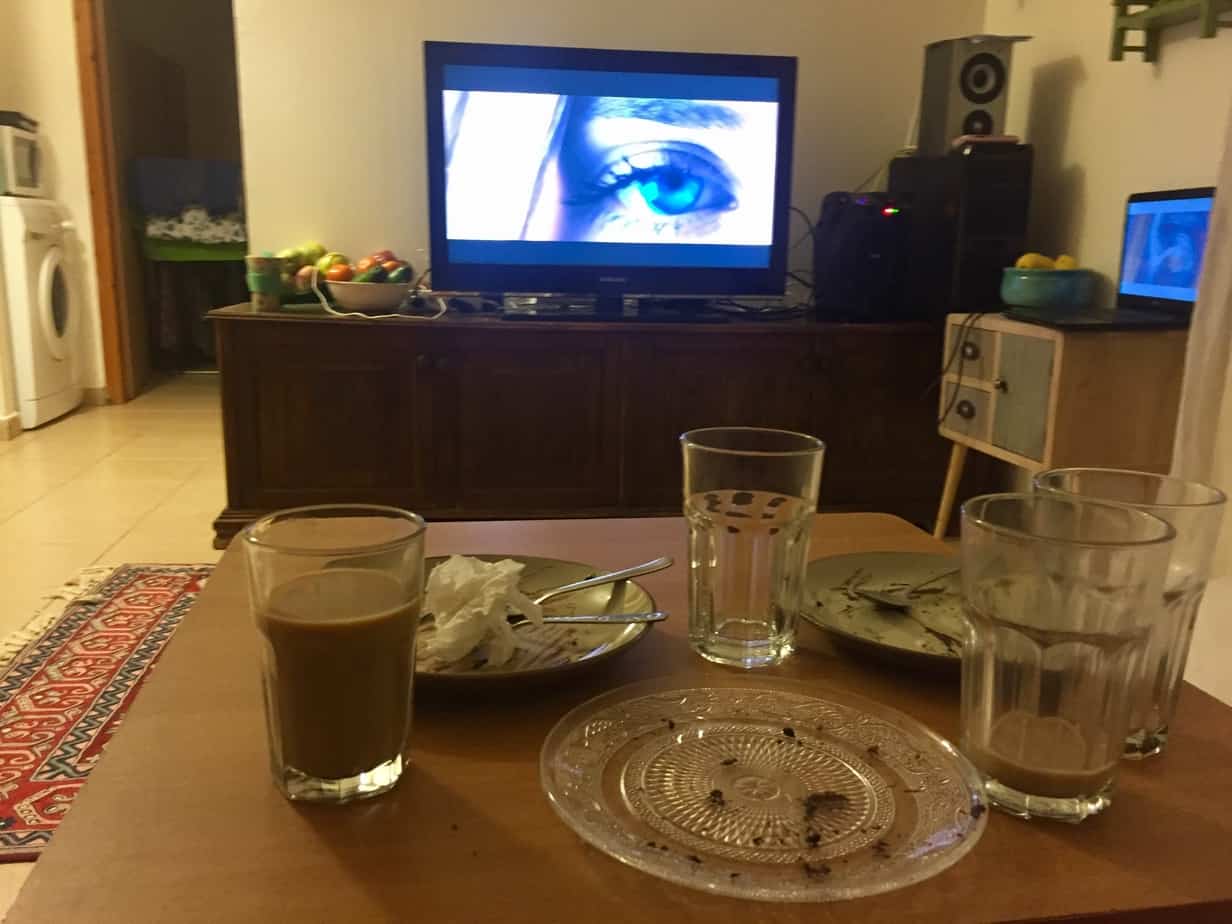 Yanir dropped us off in his jeep at Chod Akev for a 6.30am start. I was stiff, tired and just not in the mood for hiking. The day started with a tough climb up as well which didn’t help. My body was feeling really awkward and out of shape, so I took it slow as there was a bit of scrambling and some steep drops. 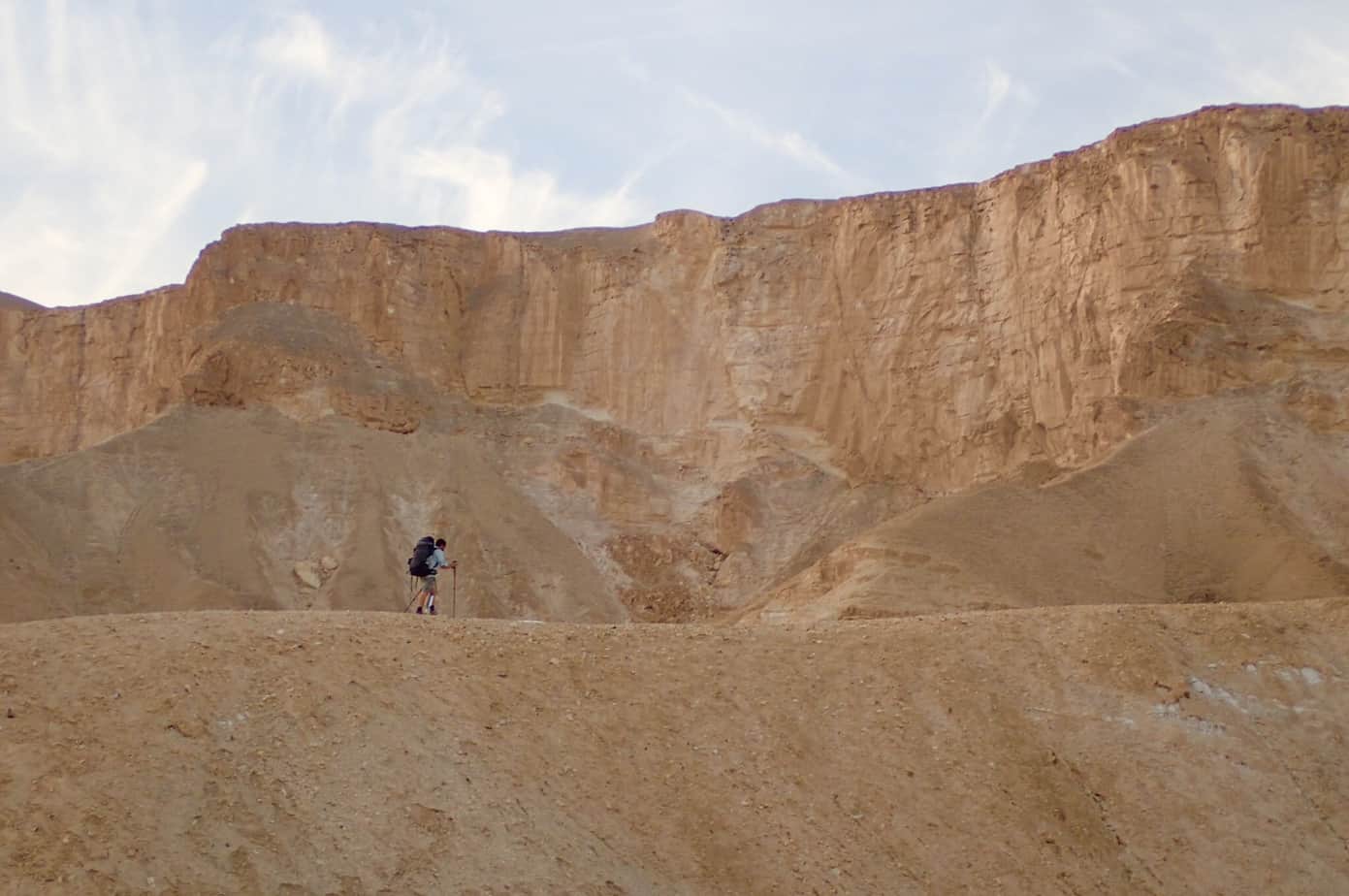 I was hoping that when my body got going it would switch into walking again but it just didn’t happen. I kept stopping for breaks and, every time I looked at the map, would feel frustrated as I was going at an impossibly slow pace. I just couldn’t find the motivation today.

We passed an oasis, Ein Akev, which was completely out of place this far into the desert. Gil was brave enough to go all the way in but I just stuck my feet in. 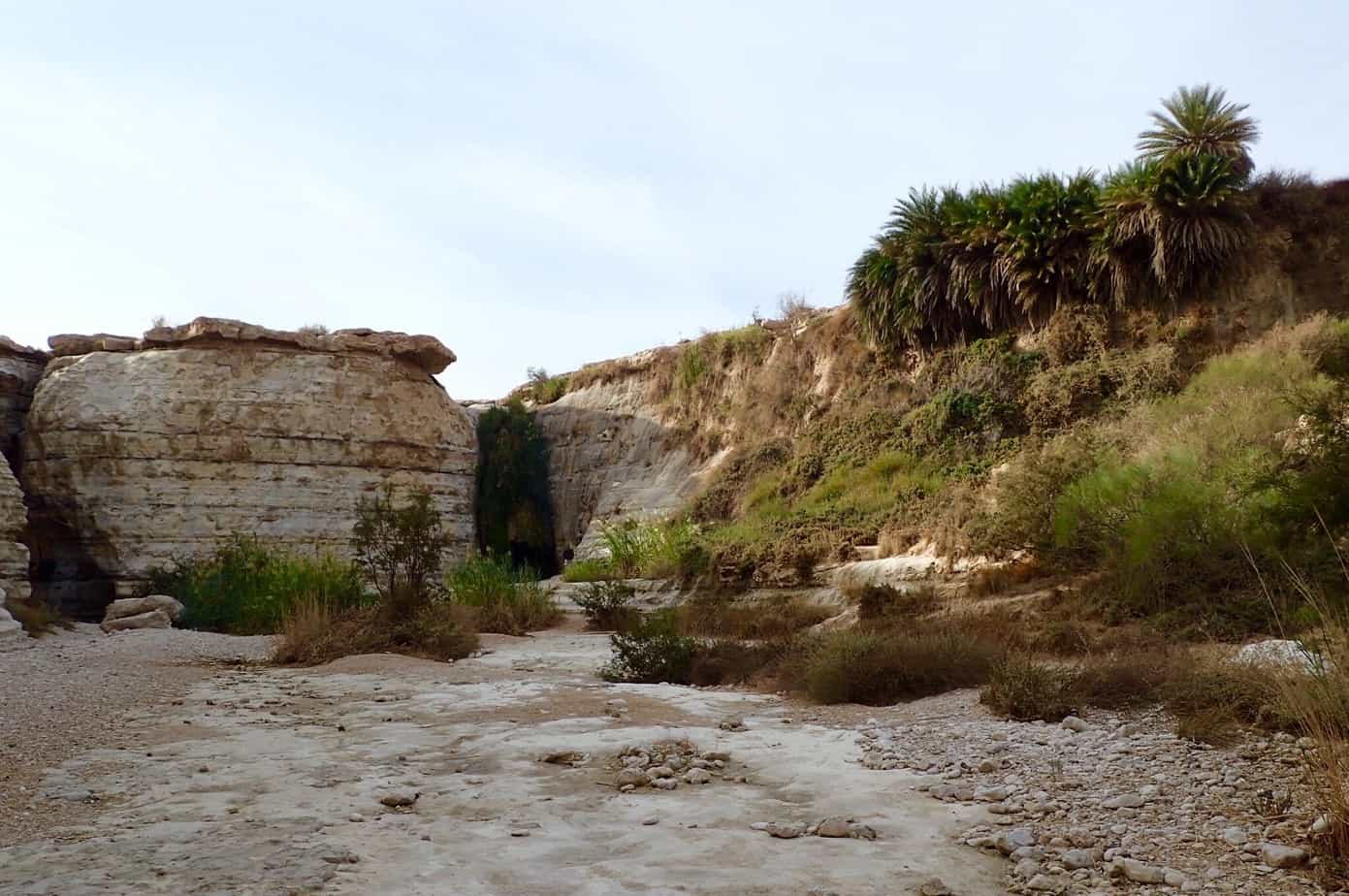 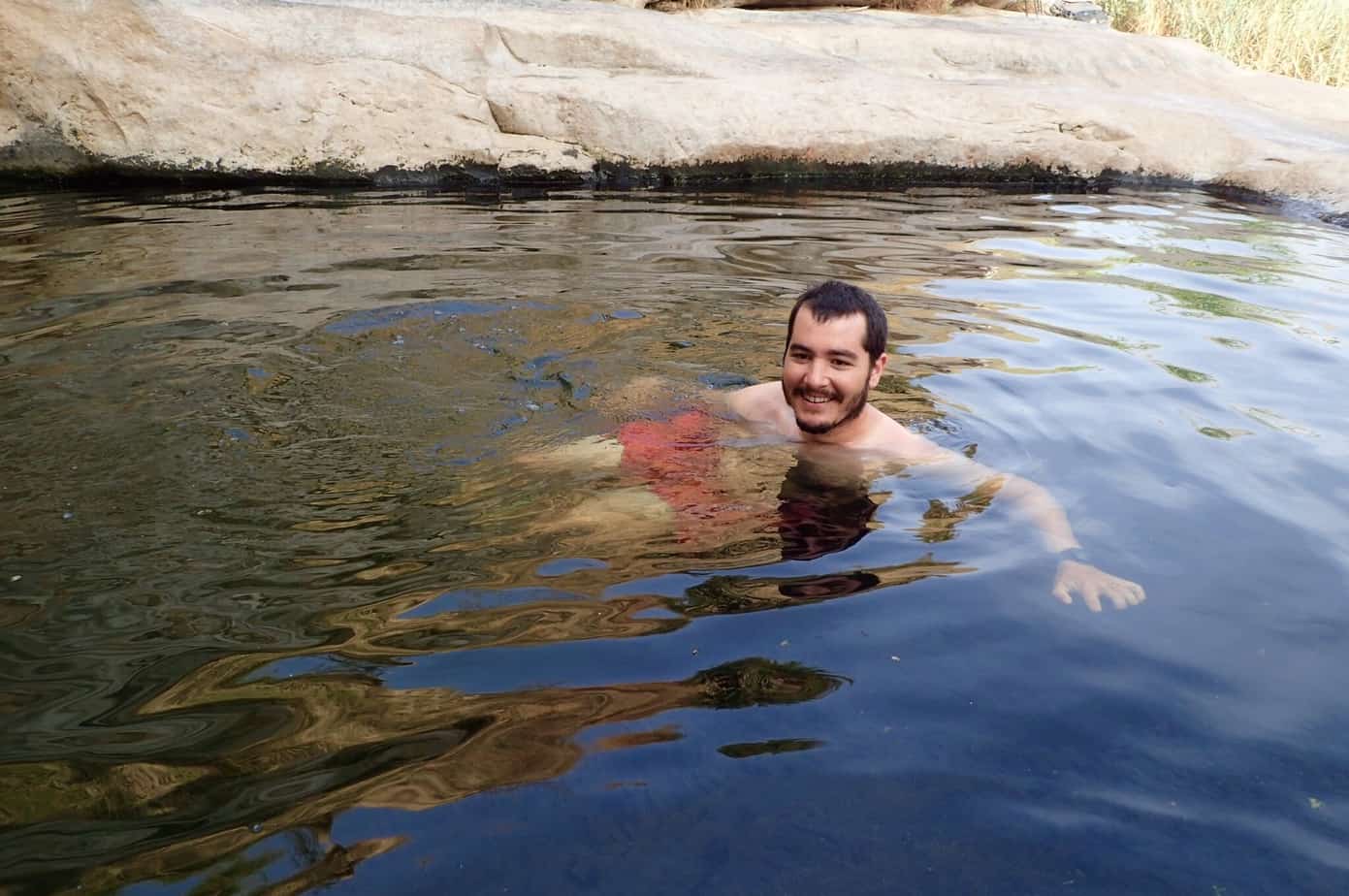 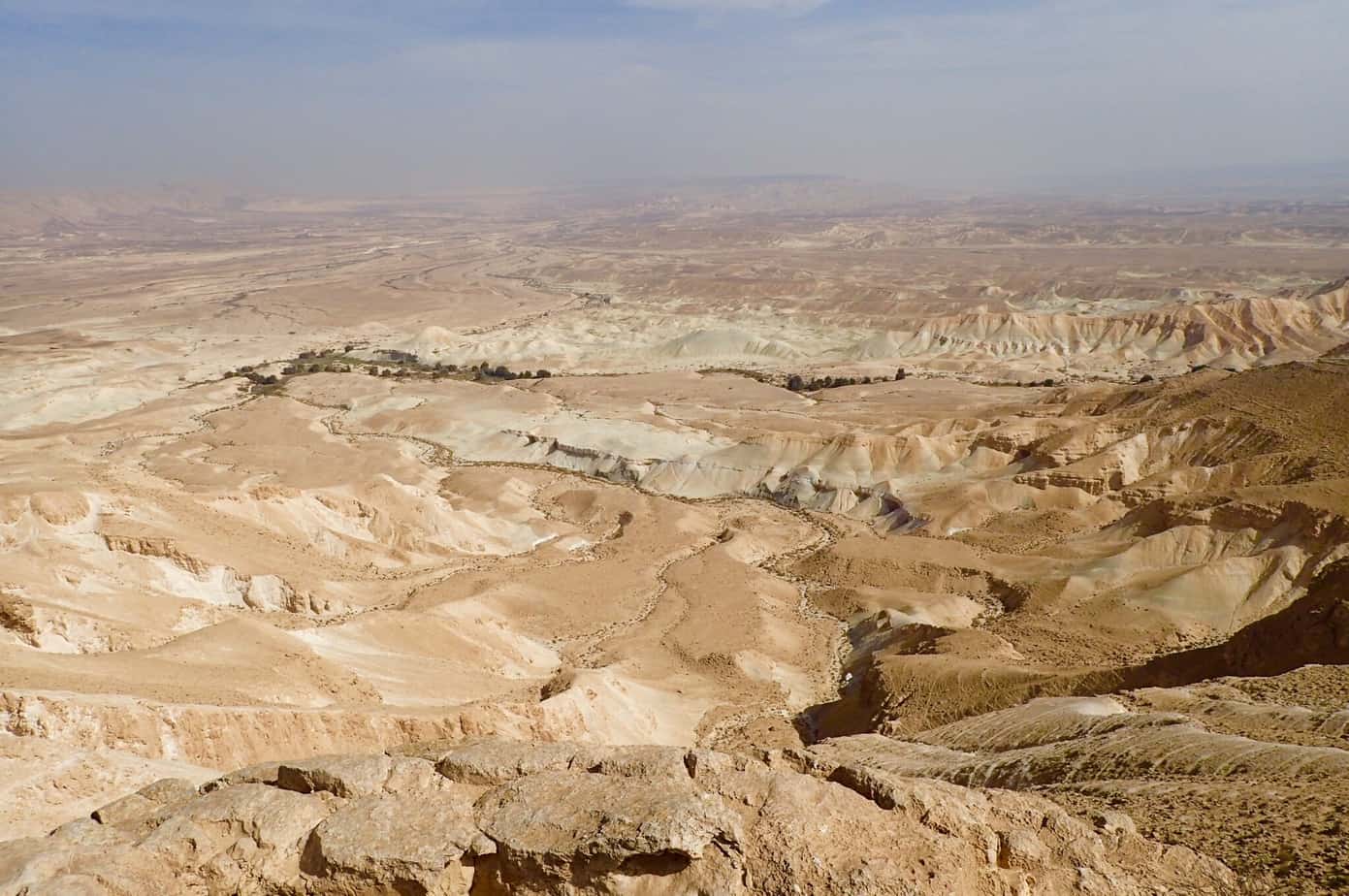 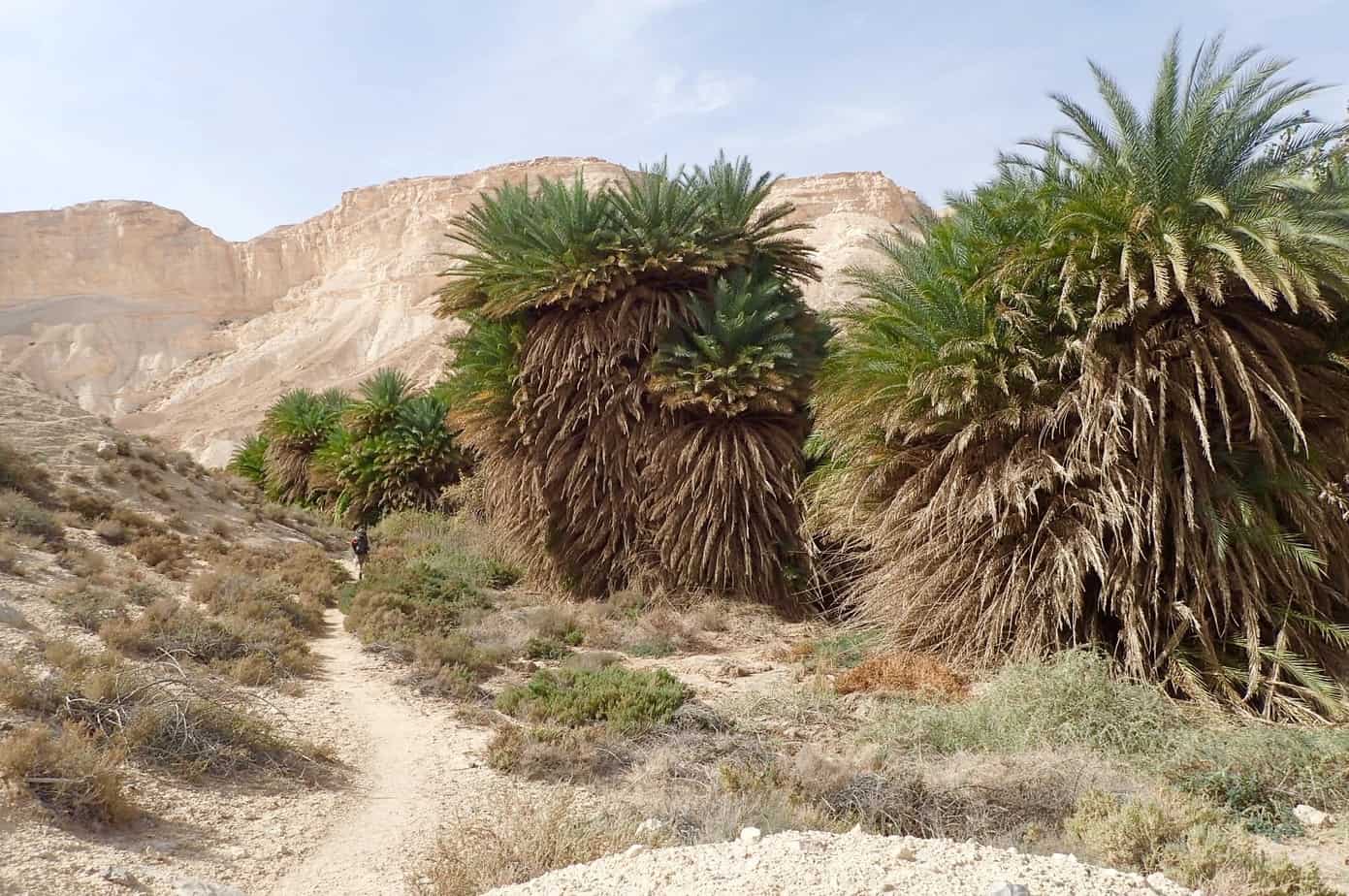 Because I was tired, I was clumsier than normal. As I was walking I managed to catch my walking stick at an odd angle on a boulder just as I pushed up over a step. I ended up whacking my mouth straight into the handle of the stick. I felt the area and could feel that it was swollen and bleeding. Nothing serious but much more painful then it looked. For the next half an hour, every time I tried to drink, water would dribble down my chin as I couldn’t shut my swollen mouth properly. This day just wasn’t happening for me. 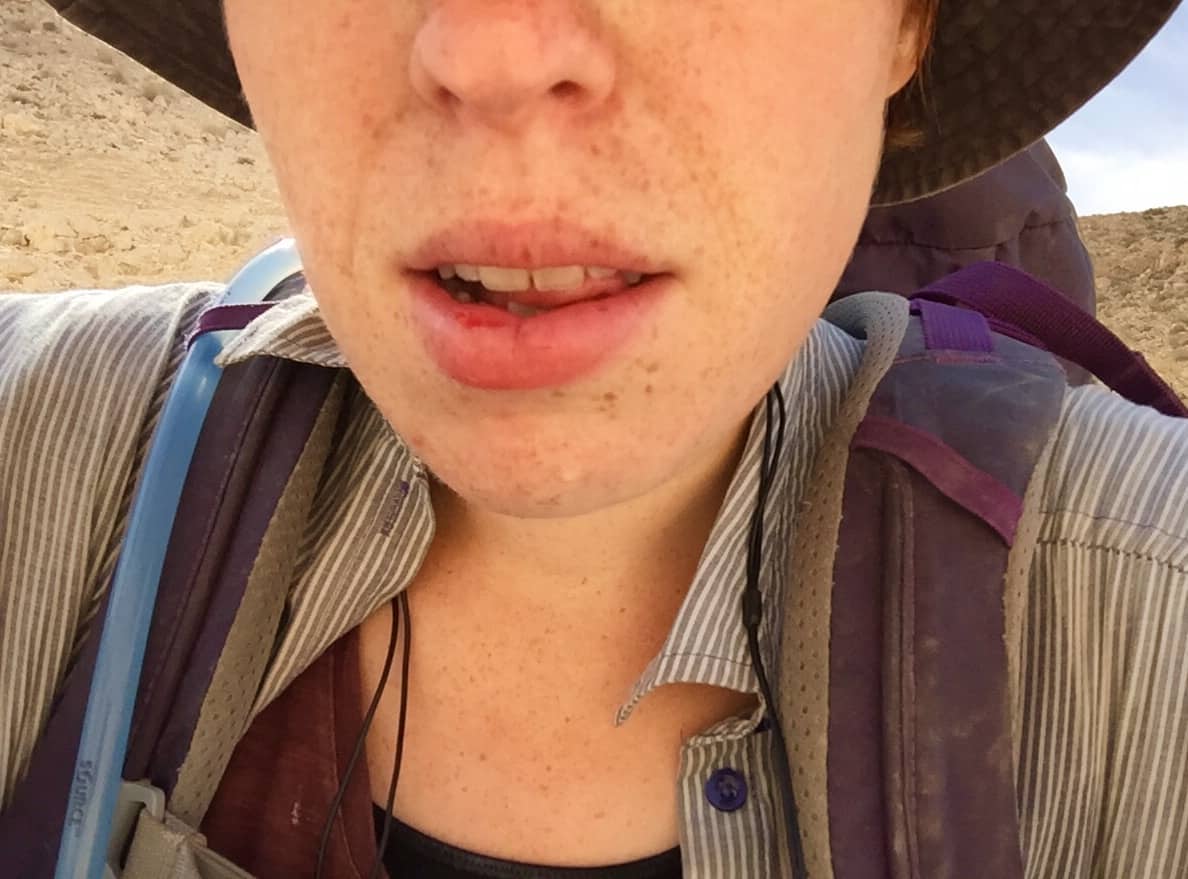 The major climbs were done, but, we found ourselves on a long straight road that had small calf-crunching mounds to get over. There was another… 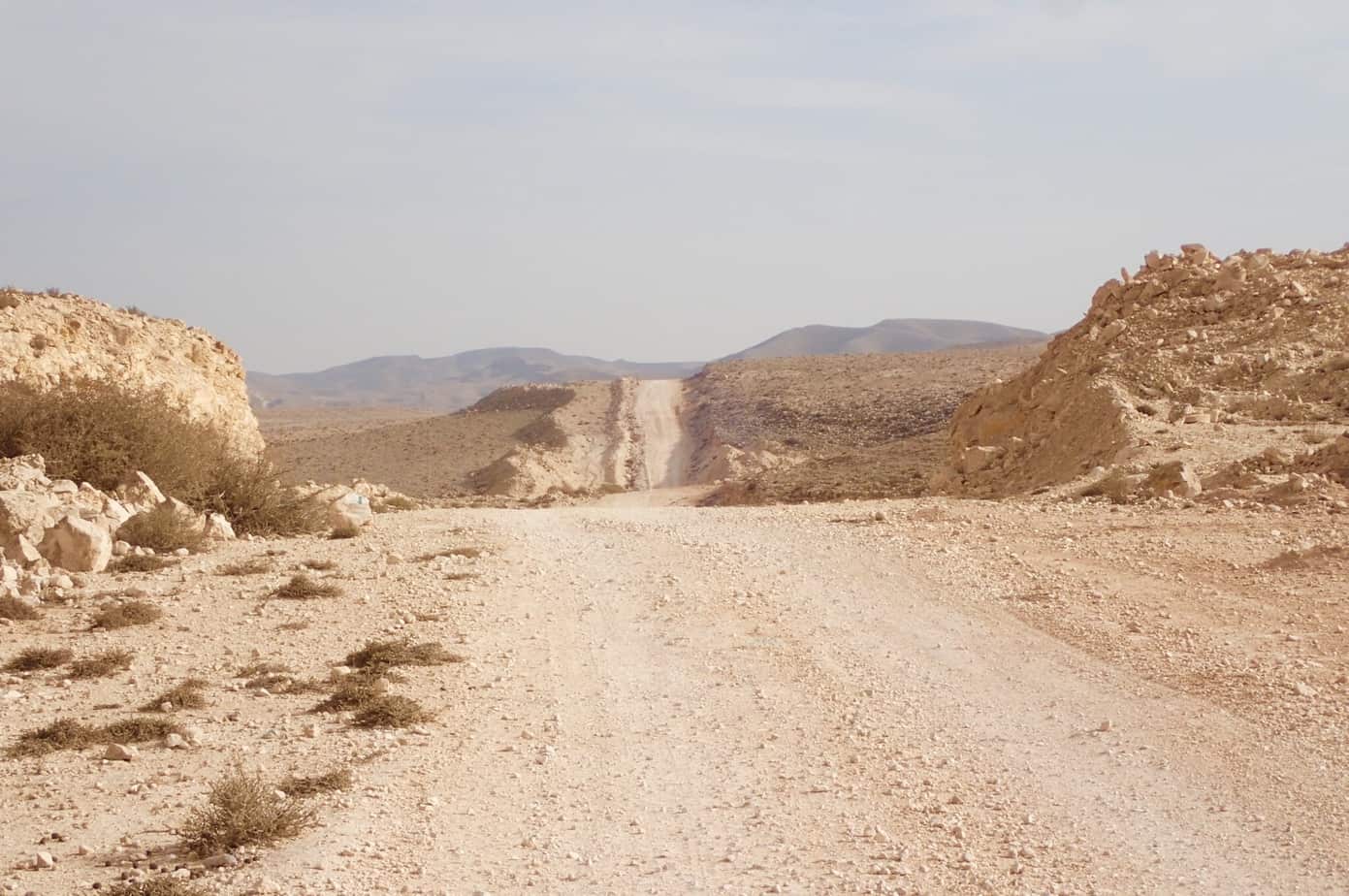 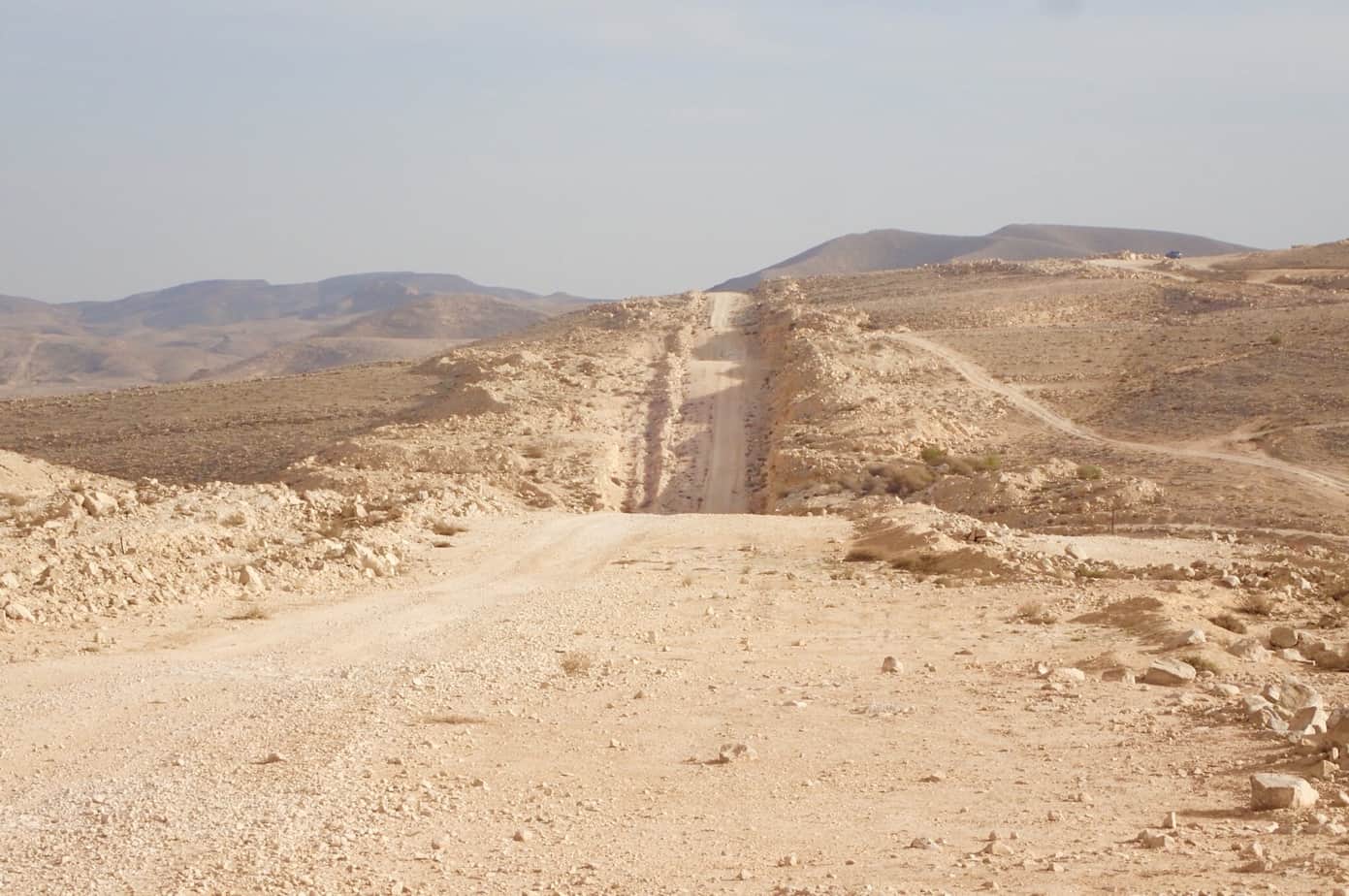 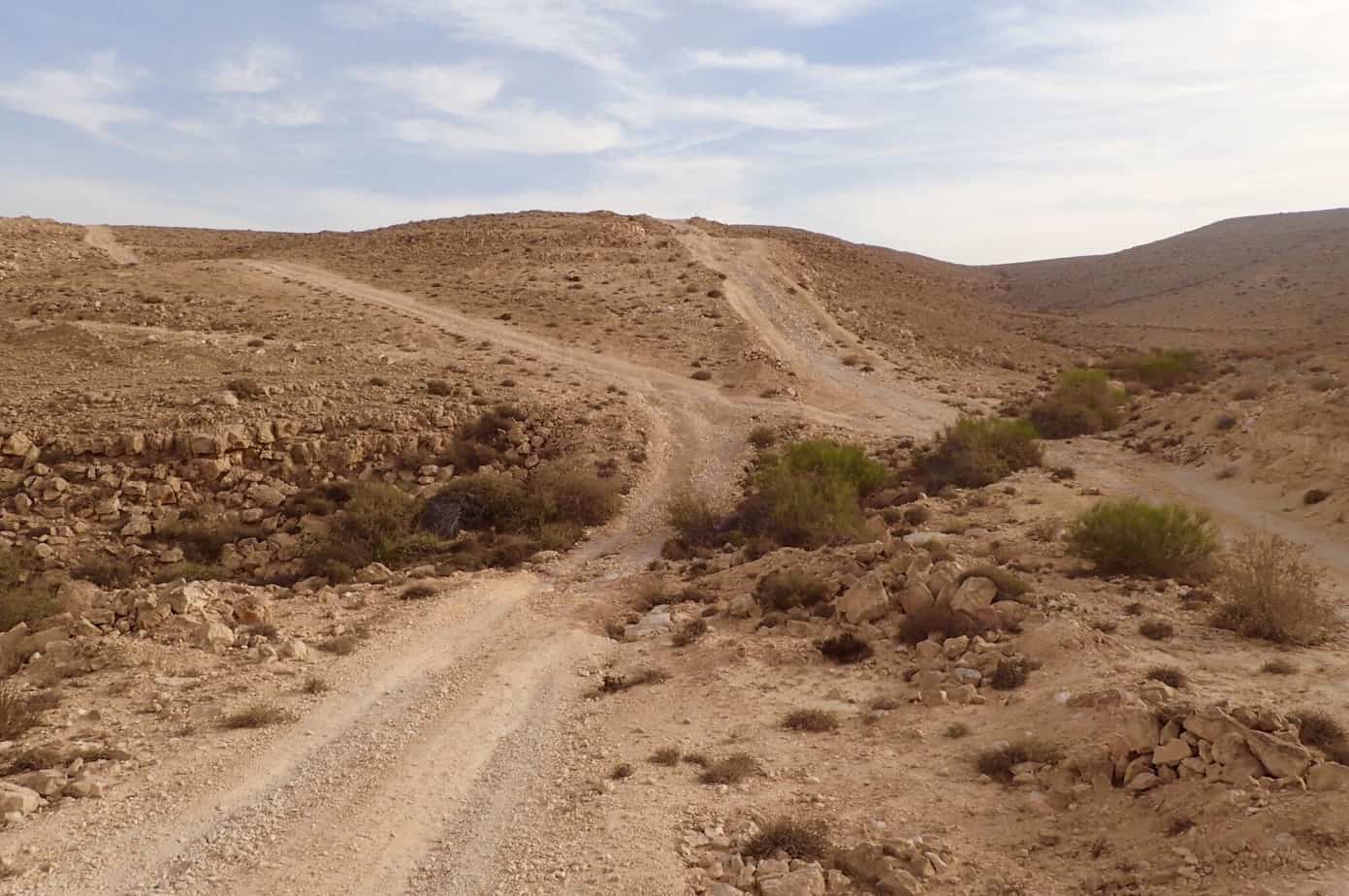 I listened to my podcast to try and distract me for a bit. I’ve finished Serial (I think he’s maybe innocent but I’m not convinced) and am now onto the next crime documentary, Accused (this one is definitely innocent!). It was a good feeling to reach the campsite as I was starting to think this day would never end.

A guy passed us on a quad bike asking if we had seen his lost camels. We hadn’t. Bedouin life!

It was a nice area so I set up and made gnocchi, tahini with bread sticks and soup for dinner (luxuourios for us!) while Gil went to find our buried water. Some day hikers passed and gave us some leftover food of nuts and low fat rice cakes – nice thought but hard to get excited about. A family passed 20 minutes later and gave us fruit, rice filled vine leaves, bread and Bamba (like cheese puffs but peanut flavoured), Gil’s favourite. That’s more like it! We’ve got way too much food now though because we went a bit overboard when we did the last food supply – there was too much new and tasty options to choose from. I’m starting to regret it as my bag is getting seriously heavy. 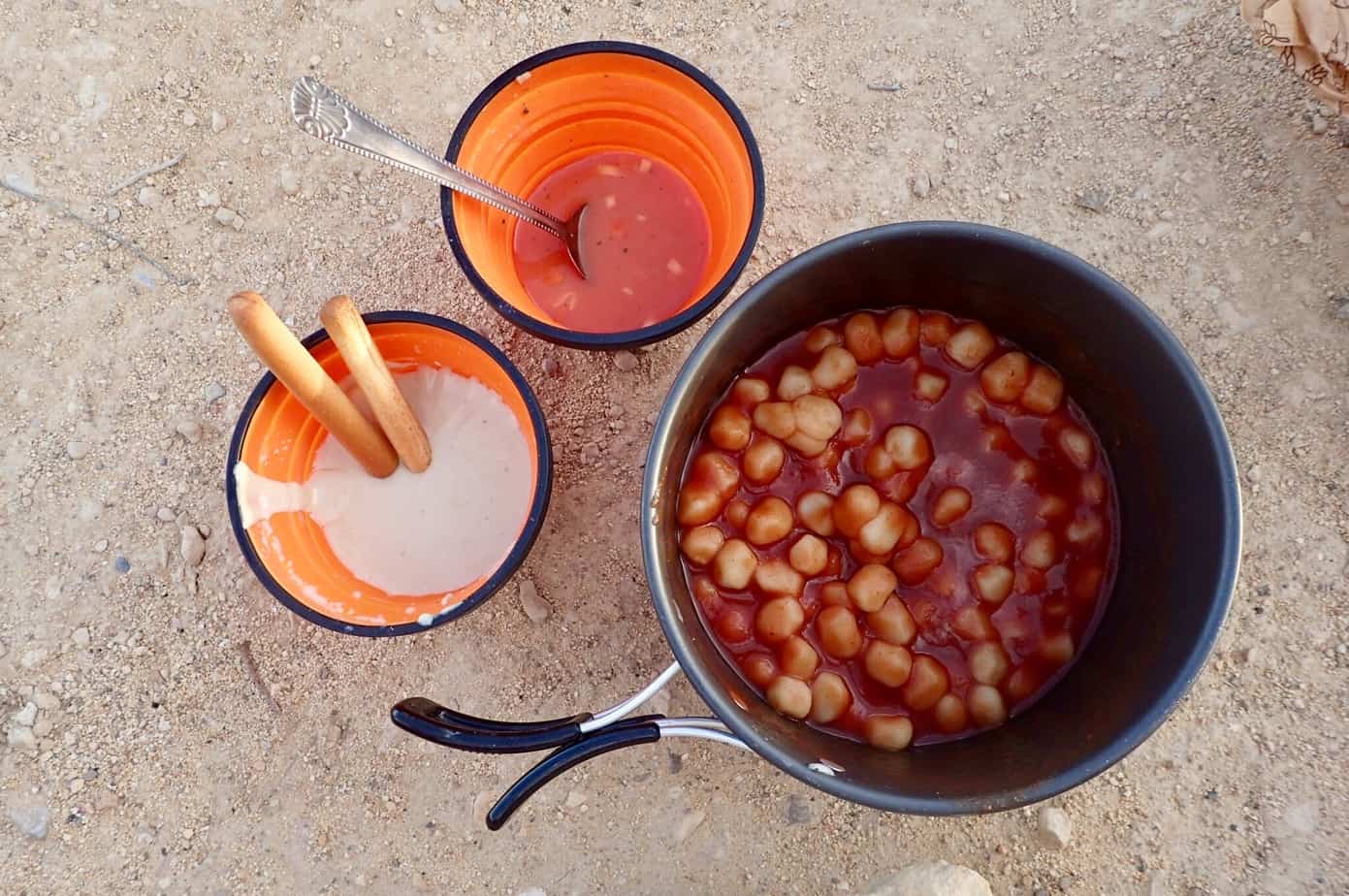 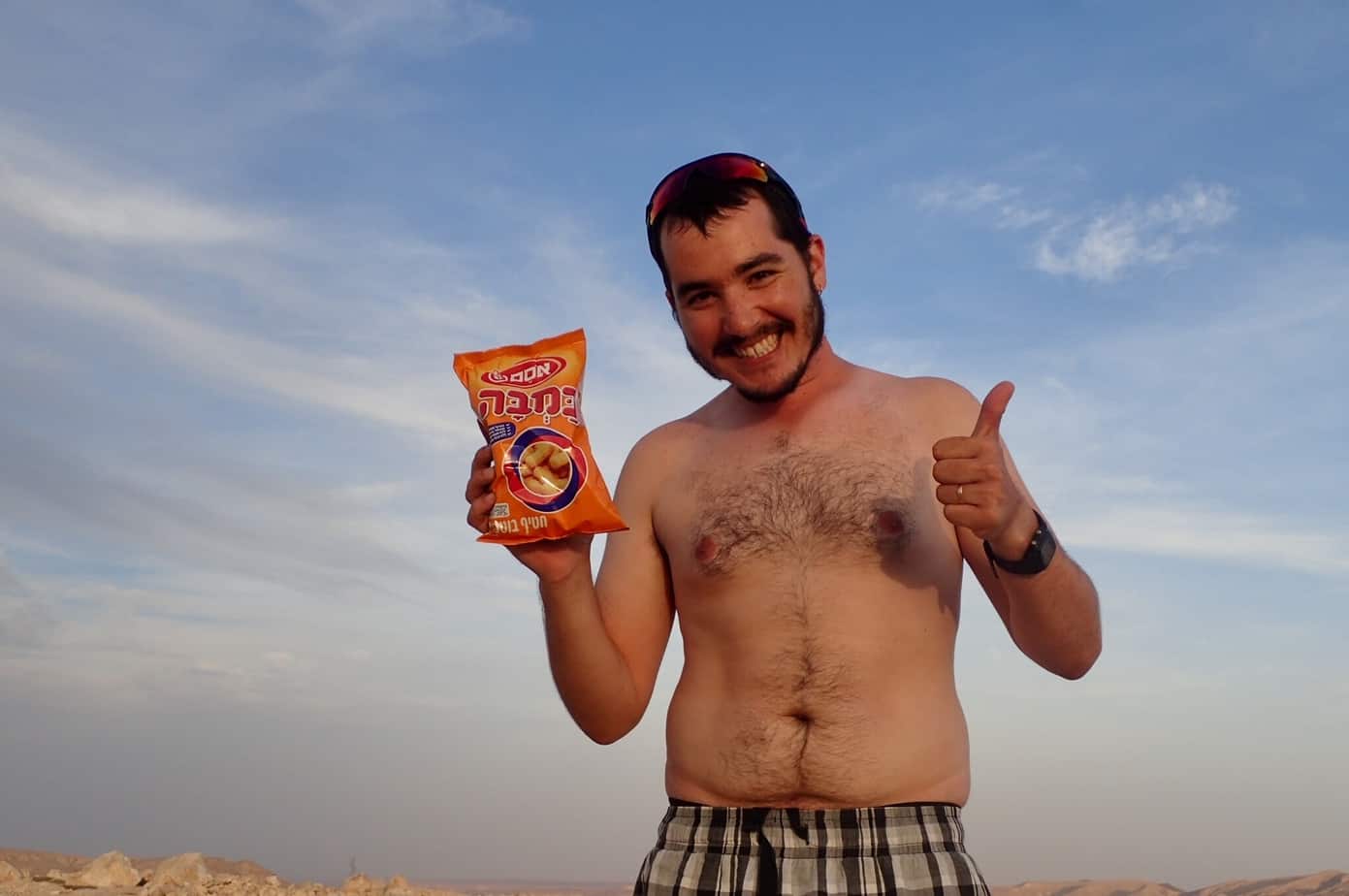