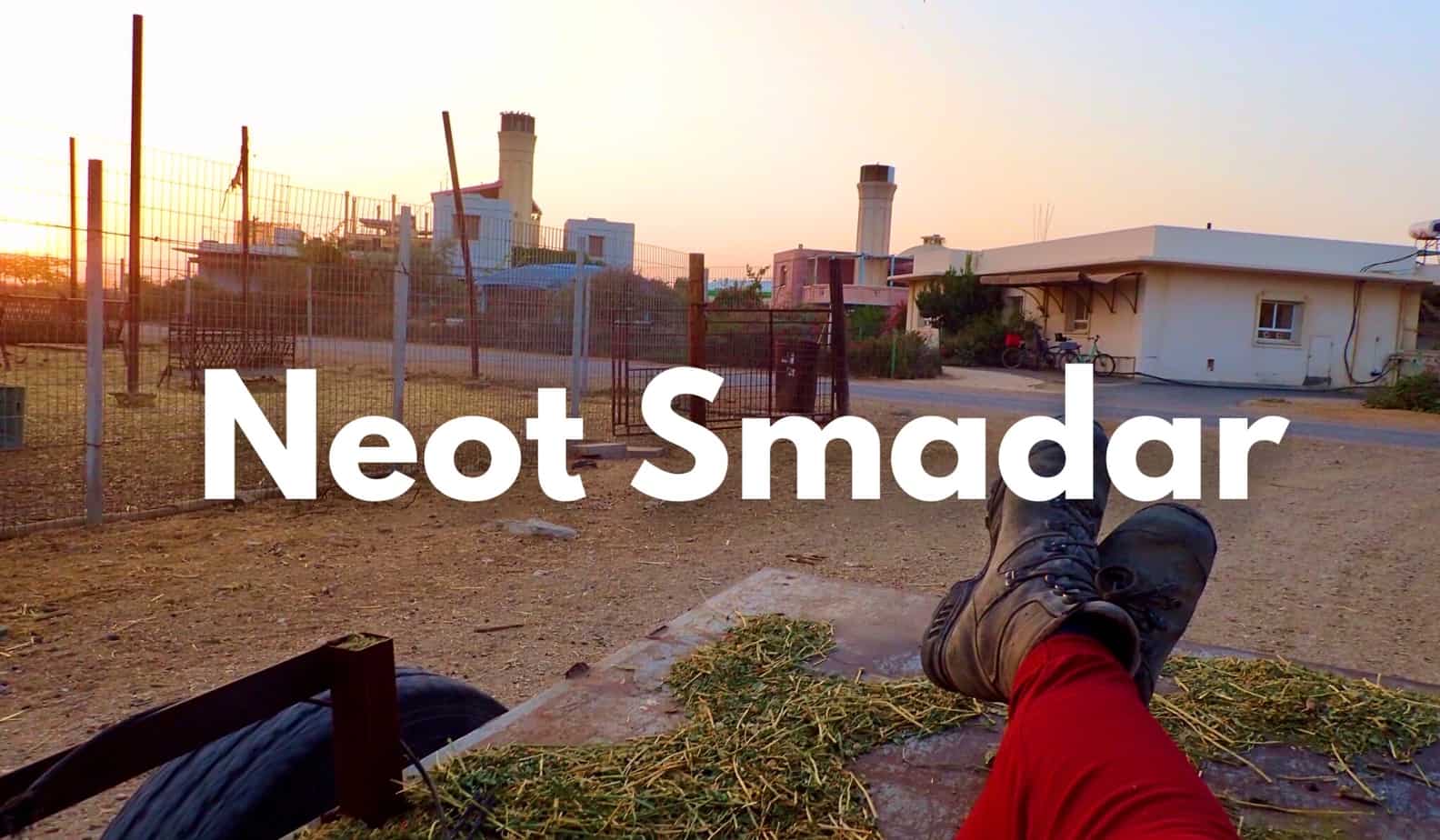 Neot Smadar is a commune settlment in the Negev desert. They don’t usually take visitors but will put up hikers on the Israel National Trail for a couple of nights in exchange for working, like everyone else in the community. I’d never visited a place like it! This was my experience….

I woke up at 5am with a groan. Getting up on at rest day this early to go and work did not seem like my idea of fun. It was part of the deal though. Hikers are welcome to stay and enjoy 3 organic (very tasty) vegetarian meals a day and, in return, you are expected to volunteer. I was tired from hiking, but, I was also intrigued to find out more about Neot Smadar, so I decided to embrace the experience.

There is a real mix of people living here, although I barley saw any children as they are all in the kindergarten and education centre, which is in a separate area. Colourful scarfs, anklets, baggy clothing and quirky haircuts are plentiful here. The sort of look that your friend, who went away on a gap year to Thailand, tried for a bit on their return. These are ‘real’ hippies though. Living, breathing and practising as a commune that is a world away from the society I grew up in. 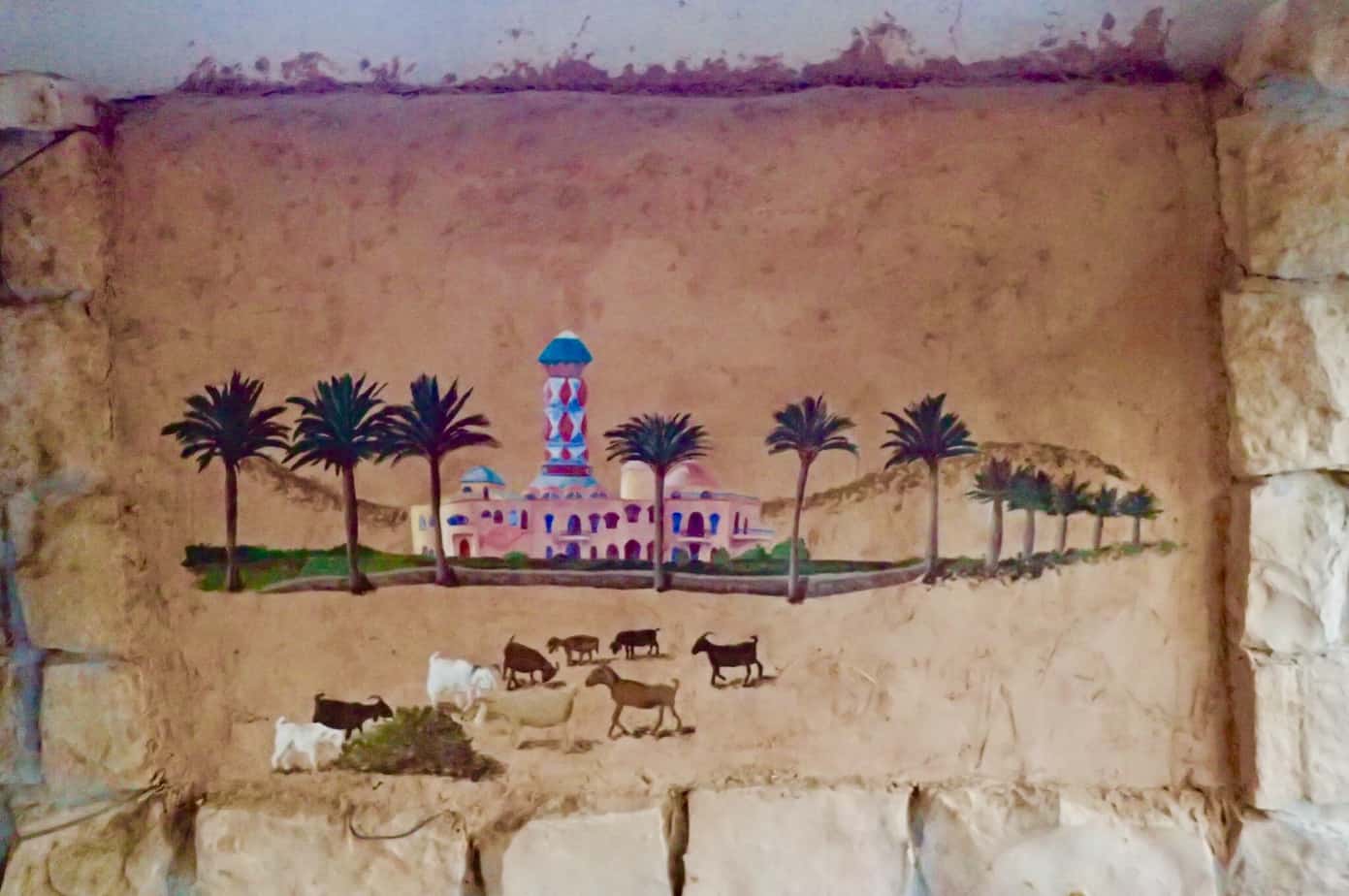 Everyone gathered in the dark dining hall at 5.30am. No one was speaking. Gil and I exchanged an unsure look. We sat in a circle, hot lemongrass tea in hand, in silence. This was wired. I couldn’t help but think of the film, the Wicker Man, and I was already seriously considering doing a runner. After 20 minutes, a guy started playing the guitar. It was nice and I preferred sitting quietly listening to the music, it felt less odd. The silence finished, I ate a piece of bread and jam (both freshly made here) and was sent straight off to work.

The kibbutz has lots going on from a restaurant, vegetable garden, winery, art workshops, goat farm and olive plantation. Not to mention the day to day running of the kitchen, schools and maintenance. Gil had been posted in olive production and I was on the goat farm. 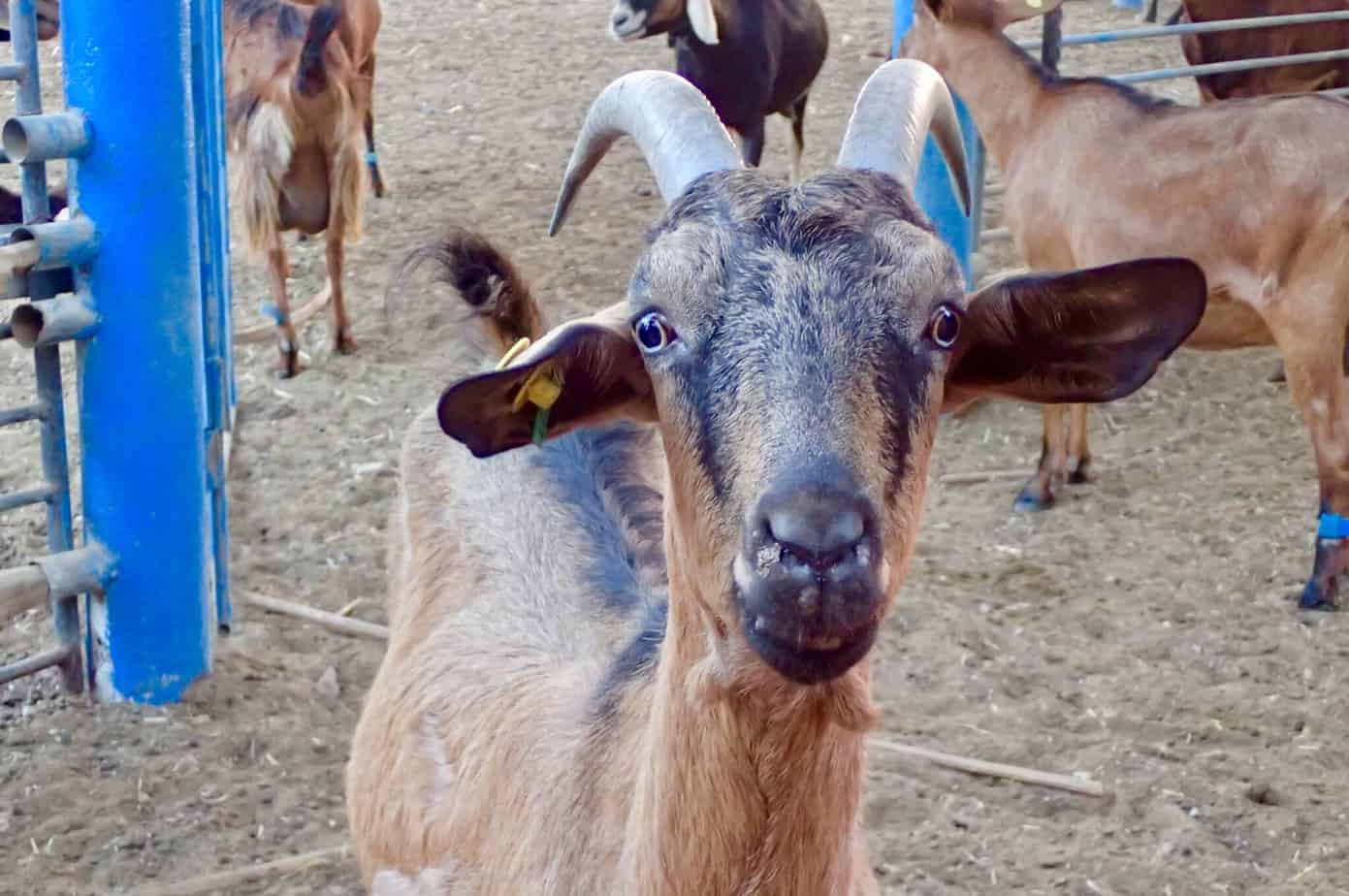 I helped get the machines ready for milking the goats, who were all lined up outside the door ready to come in – I found that really funny. They looked like old women waiting for a sale. I was happy to see they were well looked after, not to mention, well behaved. When they came in to be milked they knew exactly what to do. 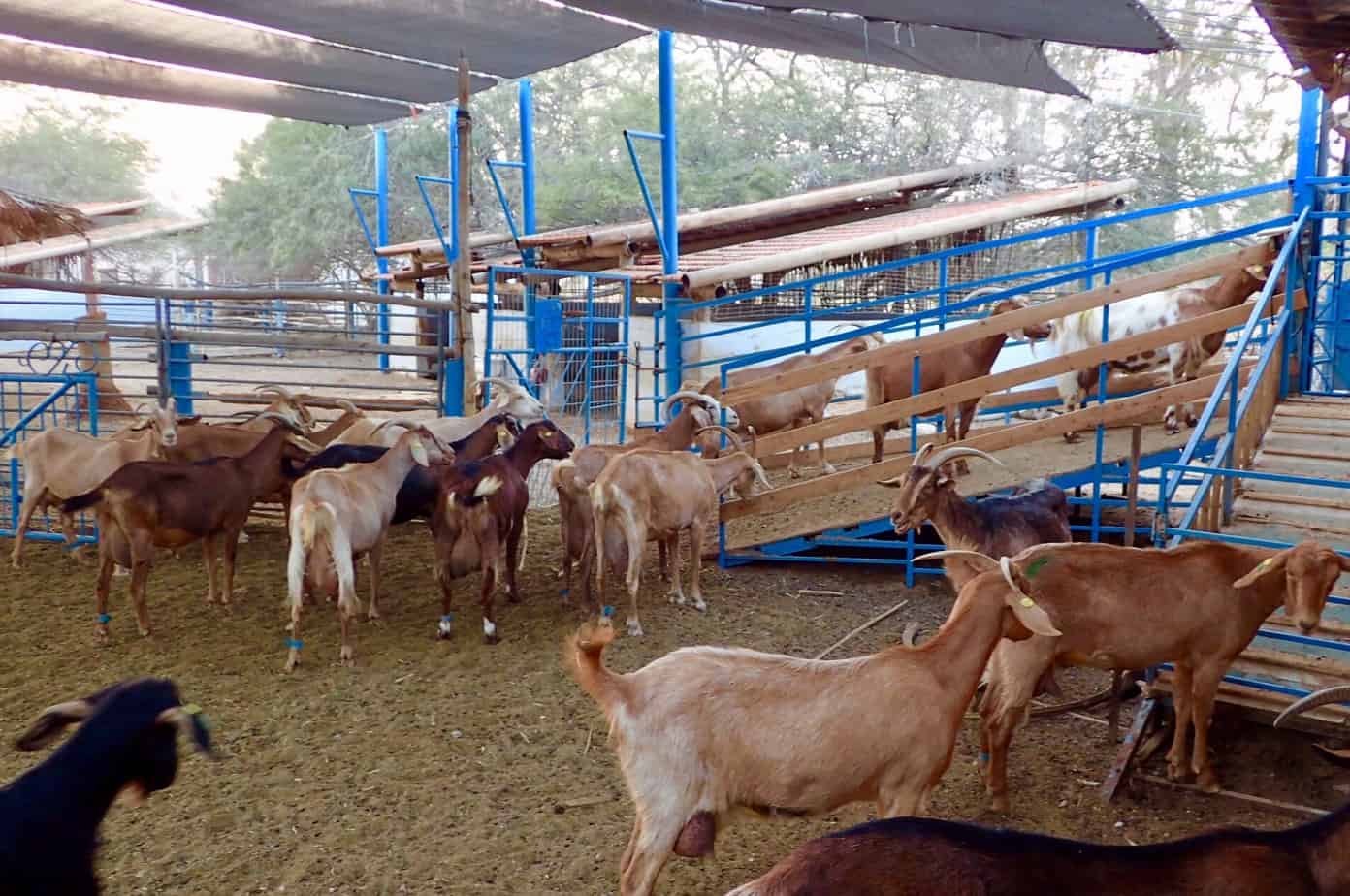 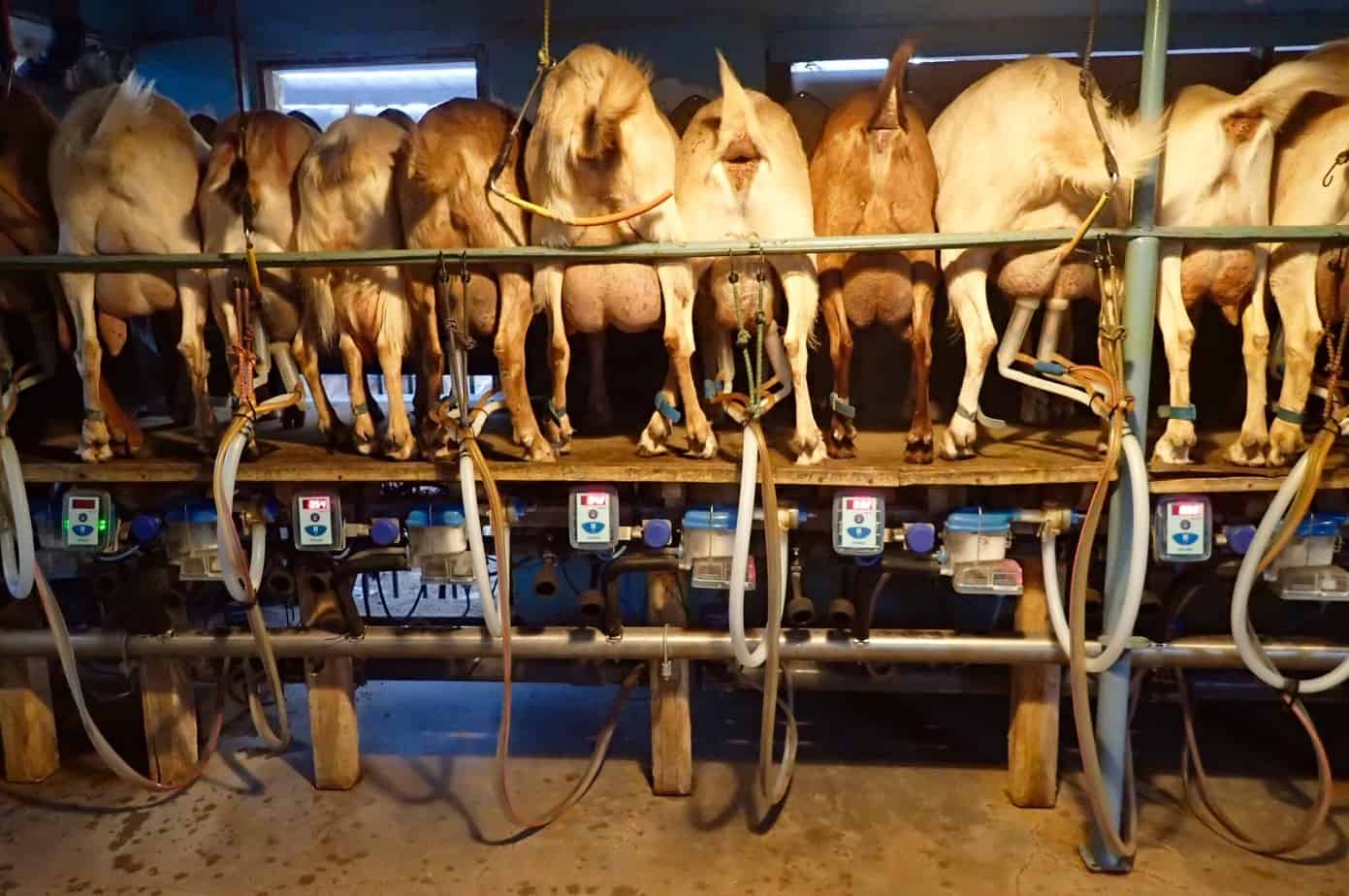 As the machines got to work, I went to sort out feeding with Shy, a super laid back guy who barely speaks. I assumed he manages the goats. He asked me if I can drive. Yes, I replied, but not tractors, I added seeing where this was heading. That didn’t phase him and he stuck me straight on a small tractor tugging a trailer full of hay. Within 30 seconds I managed to crash the trailer into the gate as I tried to manoeuvre out. I was way off with my turning point. Shy didn’t seem to mind my inability to drive the thing as he then told me he was going to leave me to fill up the feeding stations on my own. With that, he cycled off!

So there I was on my tractor feeding the goats. This was a world away from my normal life. It was tough dragging the hay about, but, I can’t deny I was loving every minute. 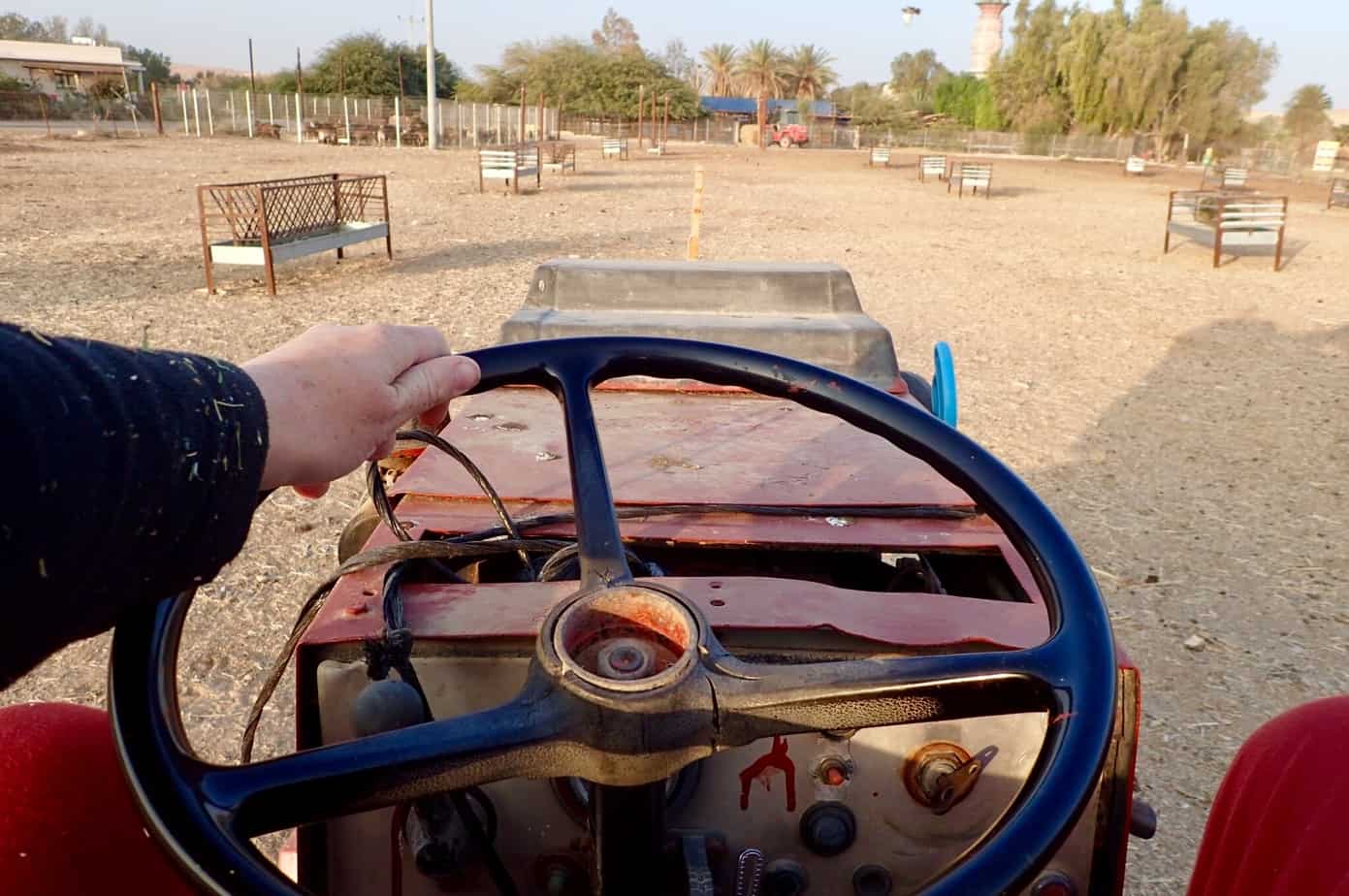 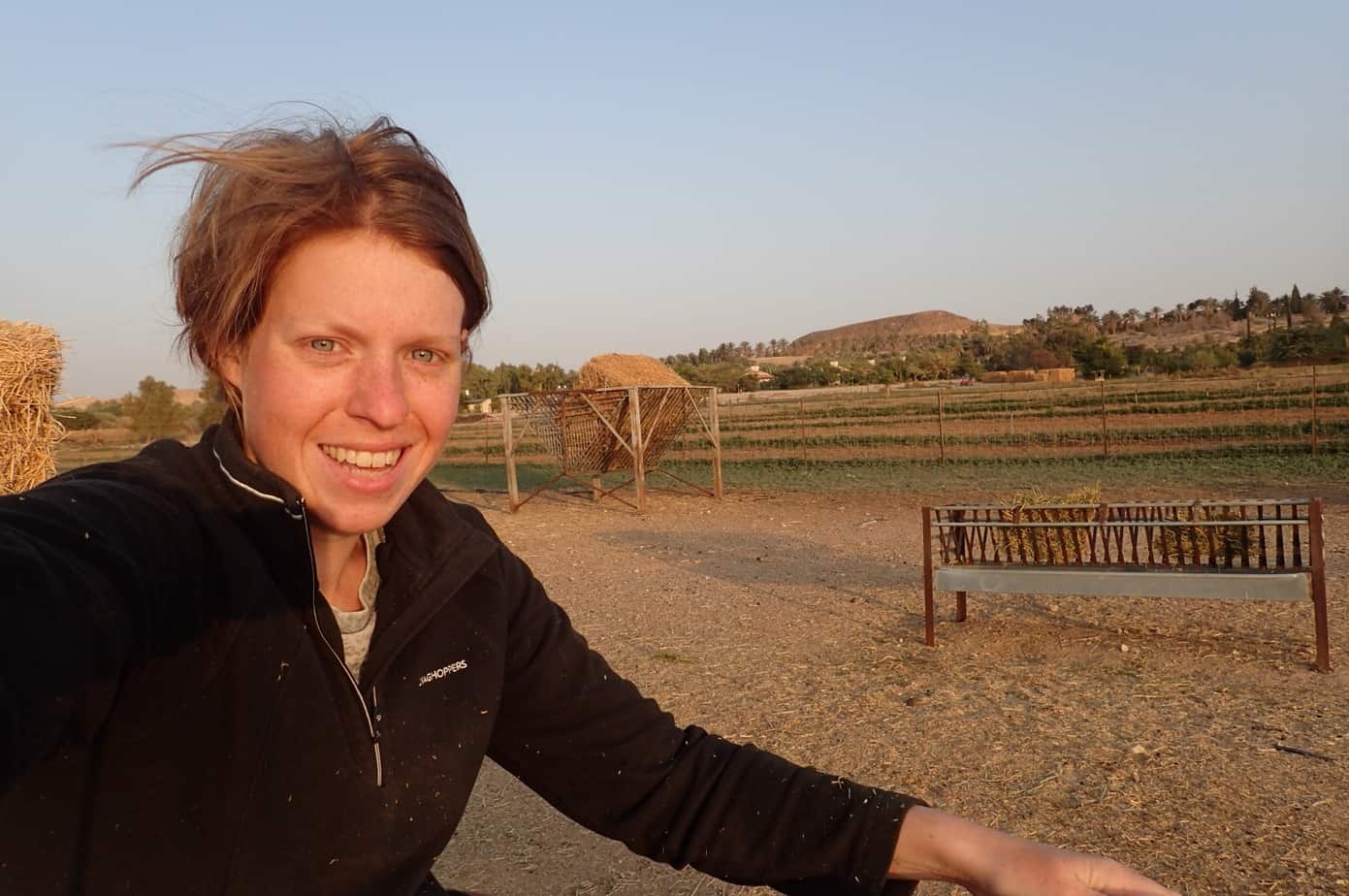 4 hours in, the milking and feeding was done, I was smelling like a goat and was starving. I could see everyone heading off to breakfast and really wanted to go. Before I could though, we had another goat-staff circle of silence. 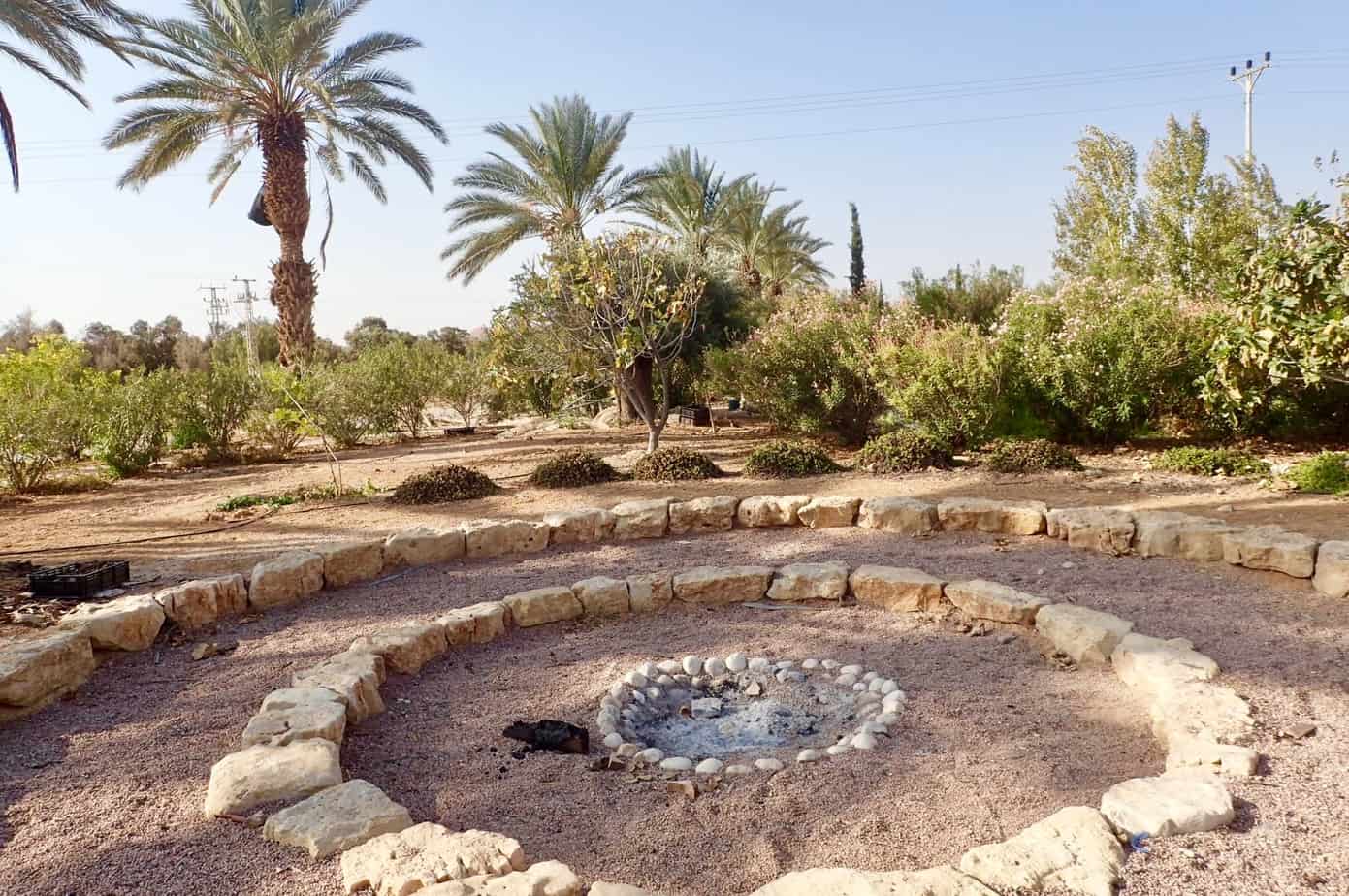 I piled my plate high with all the amazing breakfast vegetables and went and sat next to Gil, forgetting the rule that you fill up from the first available seat (or maybe I was ignoring it). I really wanted to ask him how his morning was, but meals here are eaten without talking. In a way it was nice eating quietly and just focusing on your food, but it really reminded me of a time at school when everyone was punished by being made to eat lunch in silence. It felt pretty strict, not to mention awkward. How do you ask someone to pass the salt? 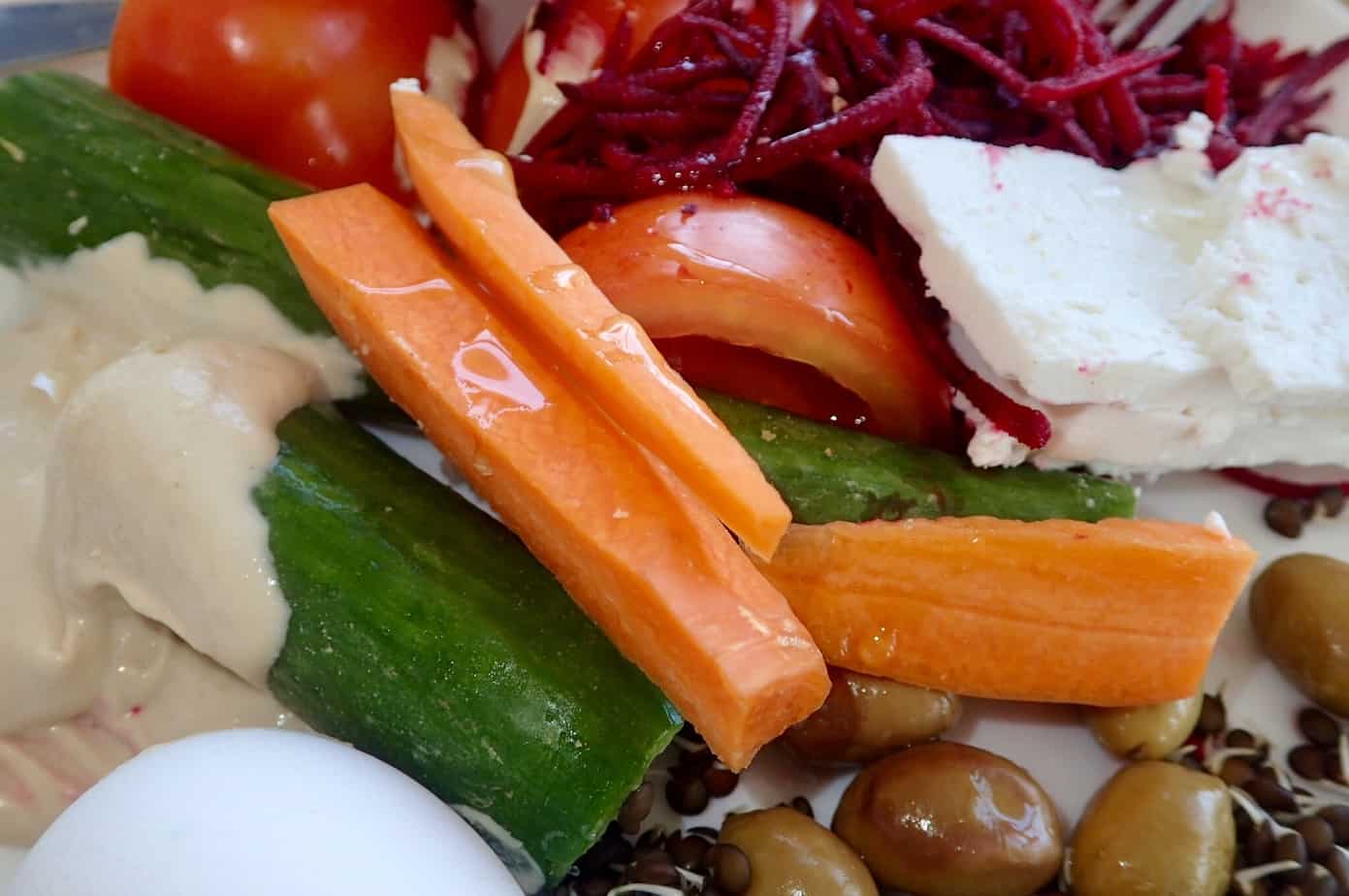 After eating, Gil and I only managed to snatch a quick 10 minute chat before we were back to work again. This time, I was in a factory scooping olives into a jar. I like manual labour and hard work so I just got stuck in. It turned out to be quite therapeutic doing such a repetitive task, although I did start to go dizzy from all the olives! 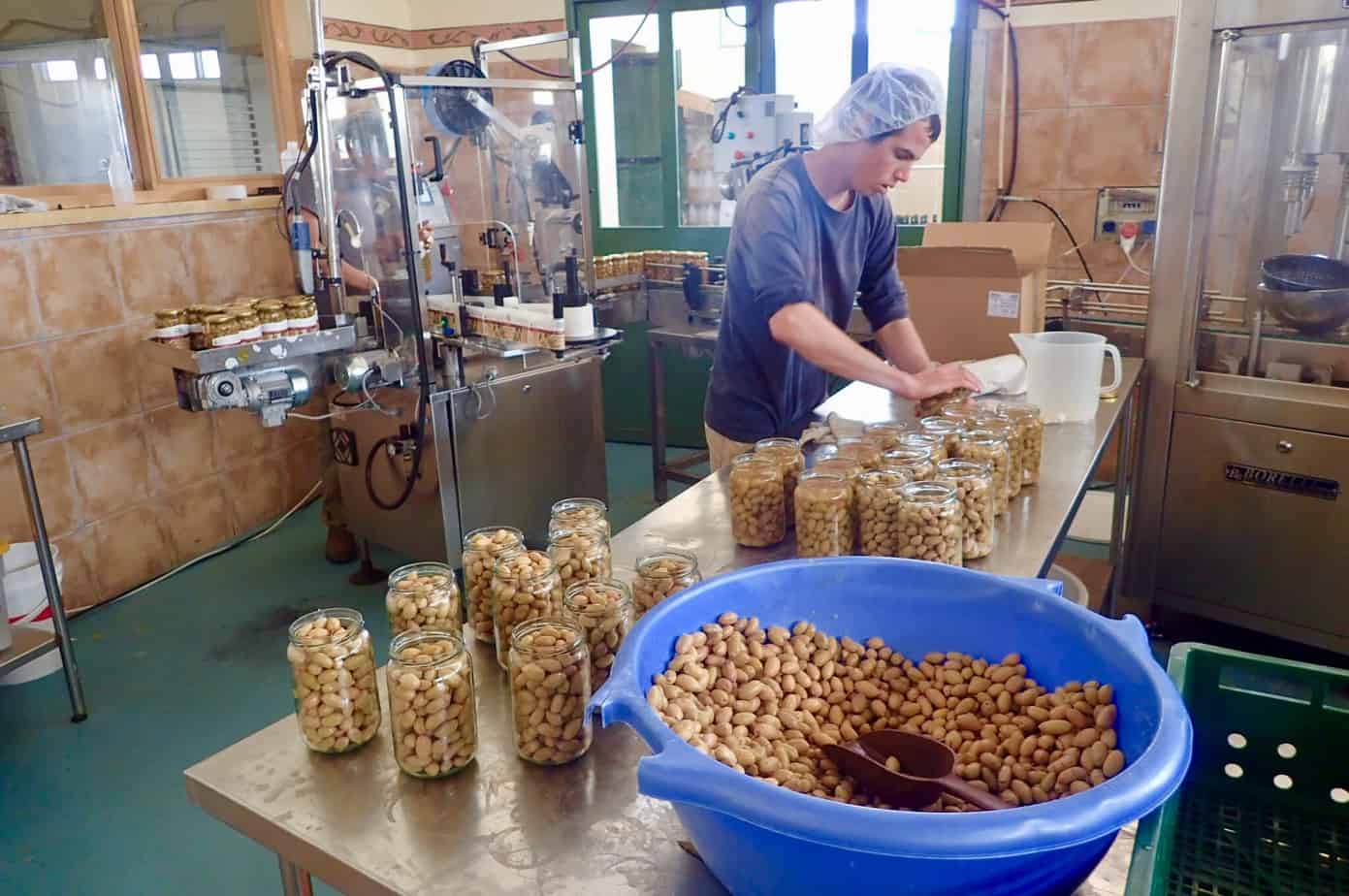 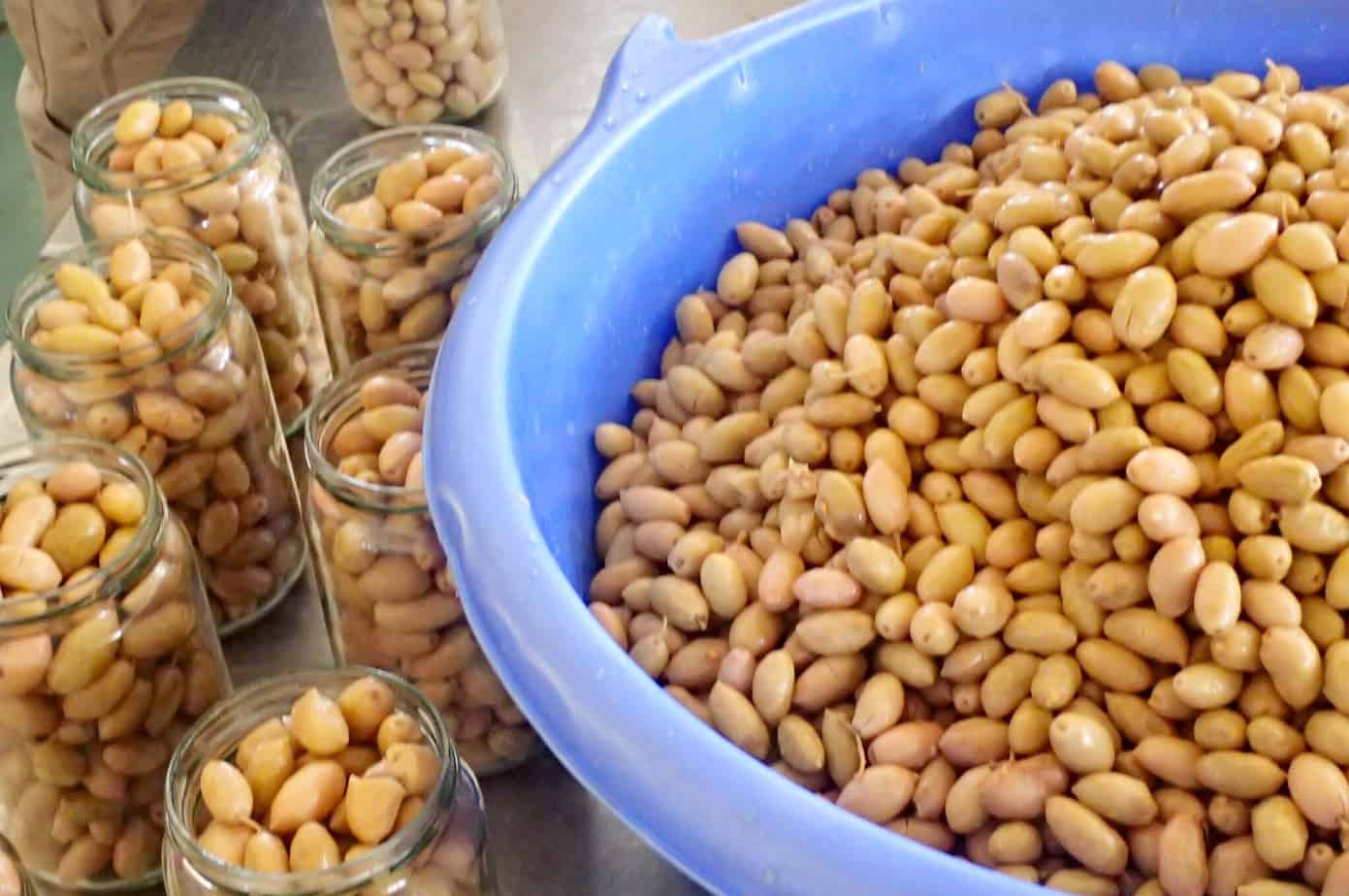 We stopped for a break, which I was grateful for as I was tired from being on my feet all day. We all sat outside, you’ve guessed it, in a circle. Someone started a conversation, asking the question ‘what does it mean to have limits’. I just don’t understand deep philosophical discussions. Maybe I’m blocking myself spiritually or maybe I’m being cynical. Whatever it is, my eyes were rolling on the inside and I kept my head down, determined not to get involved in this one. Then, the worst thing happened, someone asked me directly if I wanted to contribute. There was no escaping it! I had no idea what to say so I kind of muttered a few things about my trip. It was accepted, thankfully. 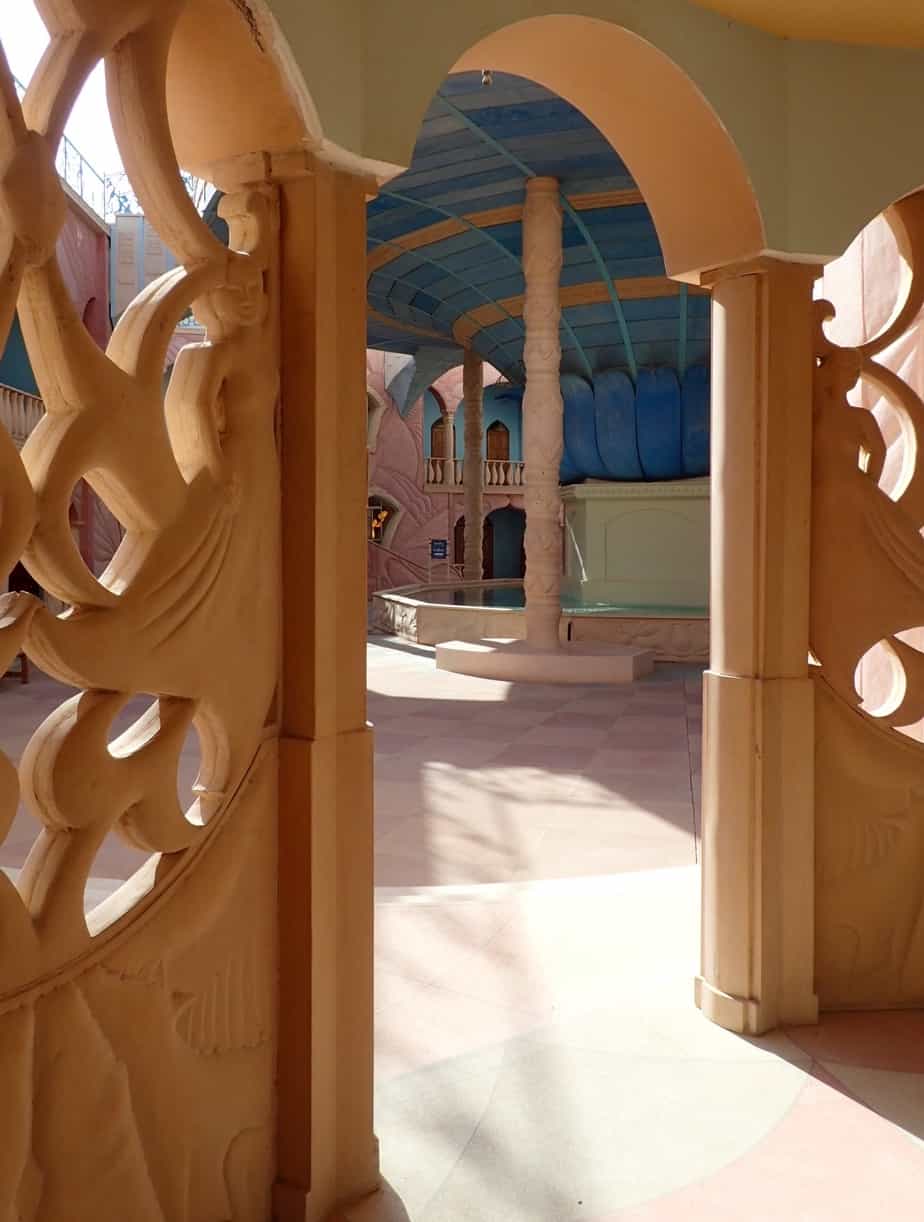 By lunch, it was starting to feel all a bit to much. I wanted to embrace this different way of life but everything was feeling so, well, contrived. The meaningful conversations, the forced silence at meal times, not being able to use your phone in public. Keeping up with all this spirituality was hard work, more than the actual hands-on work.

Each day at 2.15pm, everyone gathers for a kibbutz meeting. More silence, more discussions. Afterwards, I got chatting to one of the founders who has been living here since the kibbutz was established in the 80s. The people here are, if nothing else, kind, open-minded and willing to listen, so I shared some of my feelings about the day. How awkward it felt and how strange everything seemed. He understood. He also told me why he liked it and some of the purposes behind all the silence. I guess, in a nut shell, he explained it as providing a moment just to be. As well as setting a structure that is purposefully different, as a way of challenging what we know. Perhaps I could have embraced it a bit more. 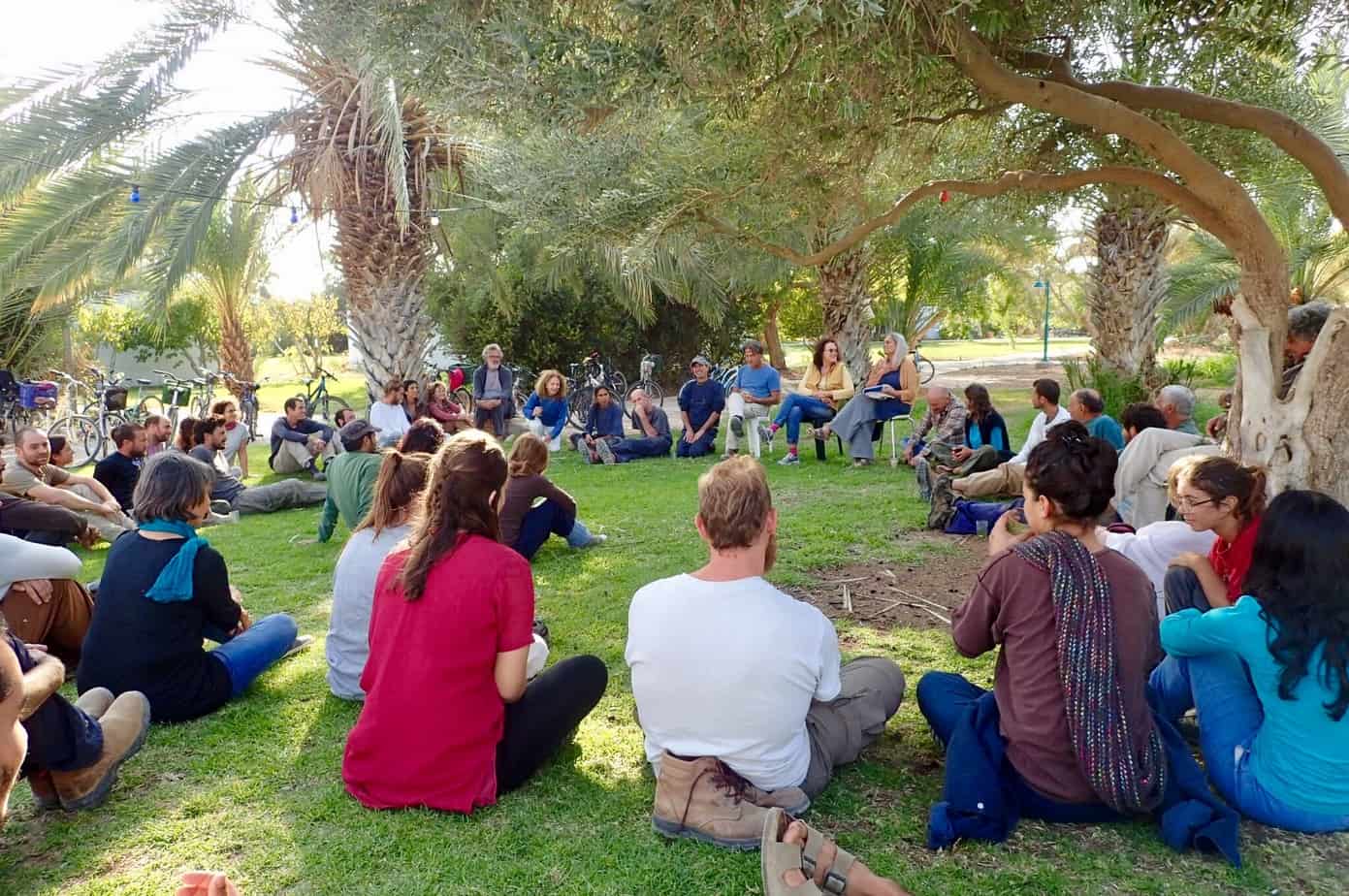 Neot Smadar is a beautiful kibbutz, all centred around an impressive art building. This place is one of the last remaining examples of communal living in Israel. I’ll be honest in saying that I don’t entirely get it. Maybe there’s too many expectations and too much structure. Or, maybe, it’s just not for me. If that is the case, I’m fine with it, and everyone in this community would also be fine with it because, at the core of everything here is acceptance and understanding. That part is really special. The people here are happy. They love their home and they believe in it. Good on them. 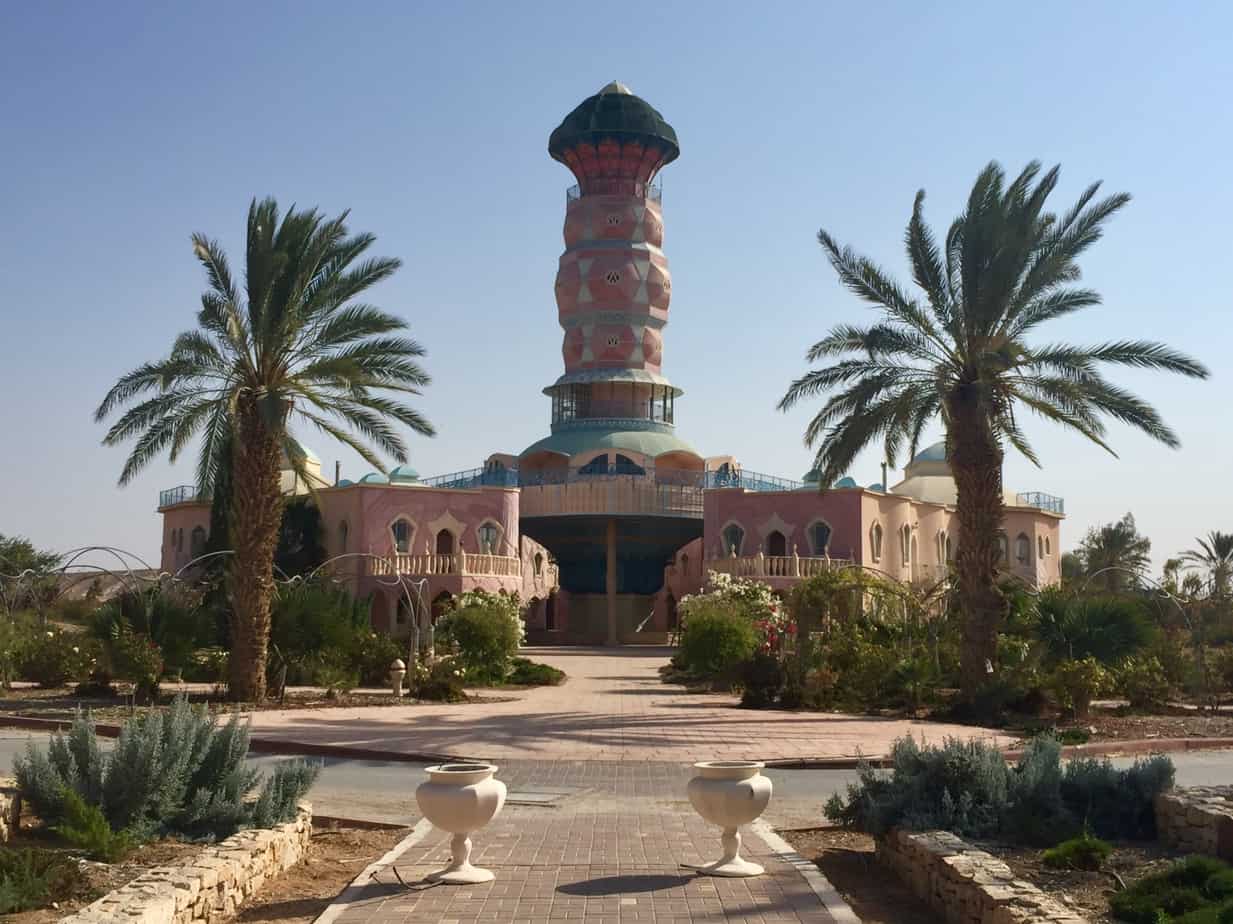 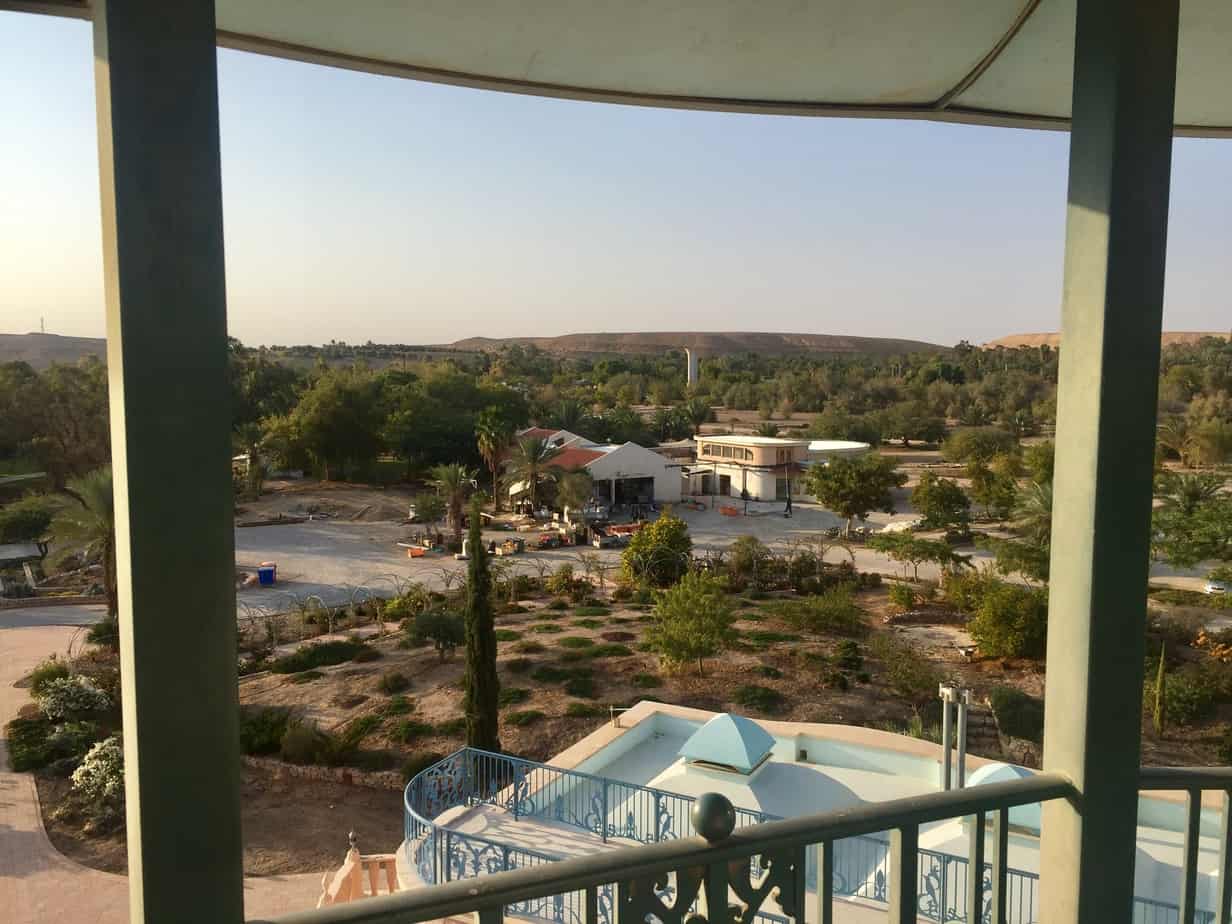 I’ve not left the place feeling, in any way, more intrigued or enlightened, but, I am leaving with a fondness for Neot Smadar. Even if I don’t connect to the ideology here, it’s amazing that people are still fighting to create a life that is different. That questions society and everything we are told. For that reason, I hope it stays just the way it is.