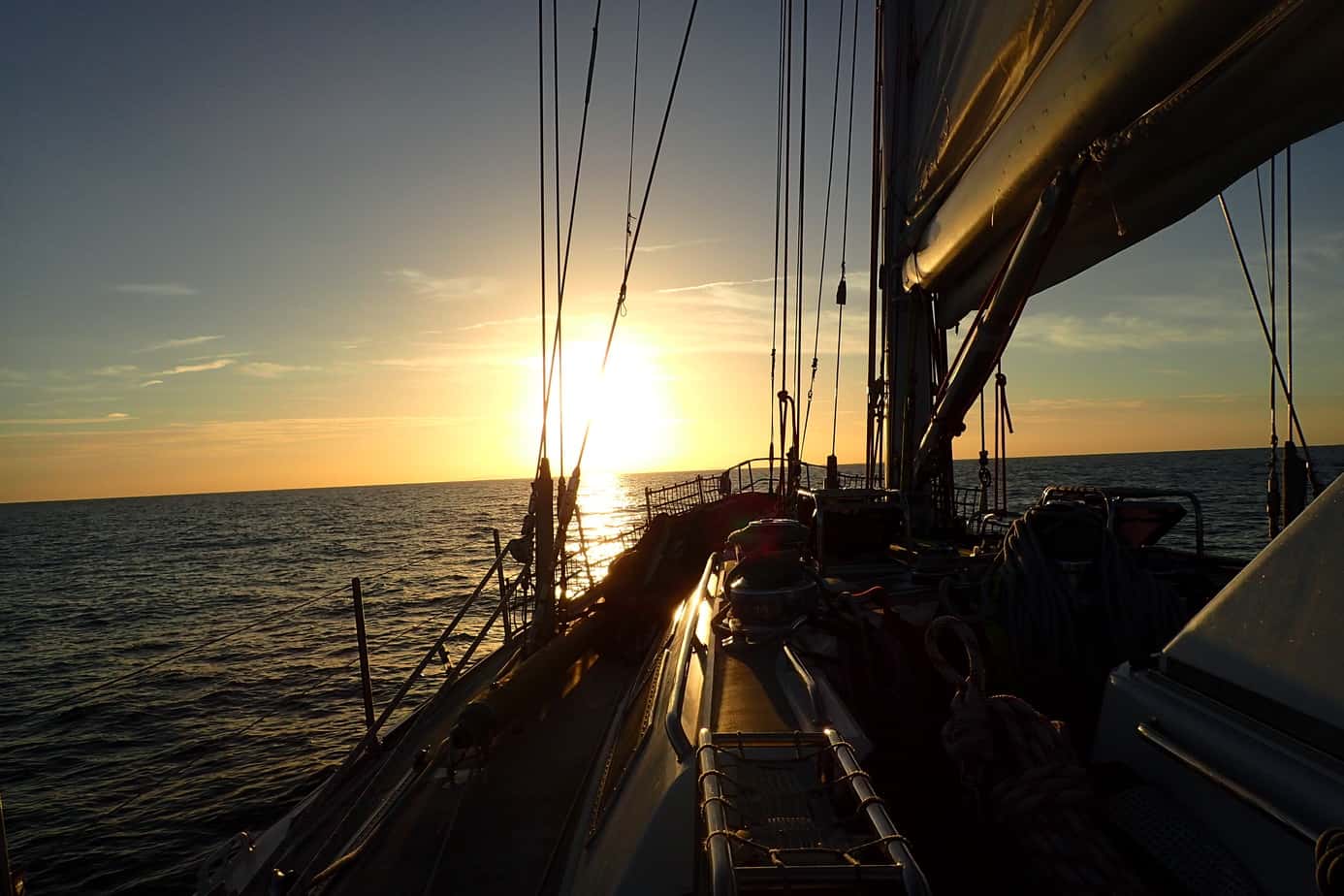 I got woken up being flung sideways from my bunk. Thankfully I had remembered to tie myself in before going to sleep and the straps stopped me falling. We had just tacked (changed direction) and were at a very steep heel. The calm waters were well and truly passed and the boat was rocking all over the place. I couldn’t sleep anymore so I sat in the saloon and caught up with my blog for a bit.

The afternoon shift went really fast and I enjoyed the rough seas and sitting on the upside of the boat. Every few waves a big one would come crashing over the bow, splashing us all in the face. The boat was at an impossible lean, with the handlebars on one side of the boat almost disappearing in the water. By ocean standards, these waves were just on the lower scale of big. I can’t imagining being in bigger waves than this though. The huge steel boat was already being flung around and crashing down on waves as if it was a rag doll…..We are completely at the mercy of the sea! 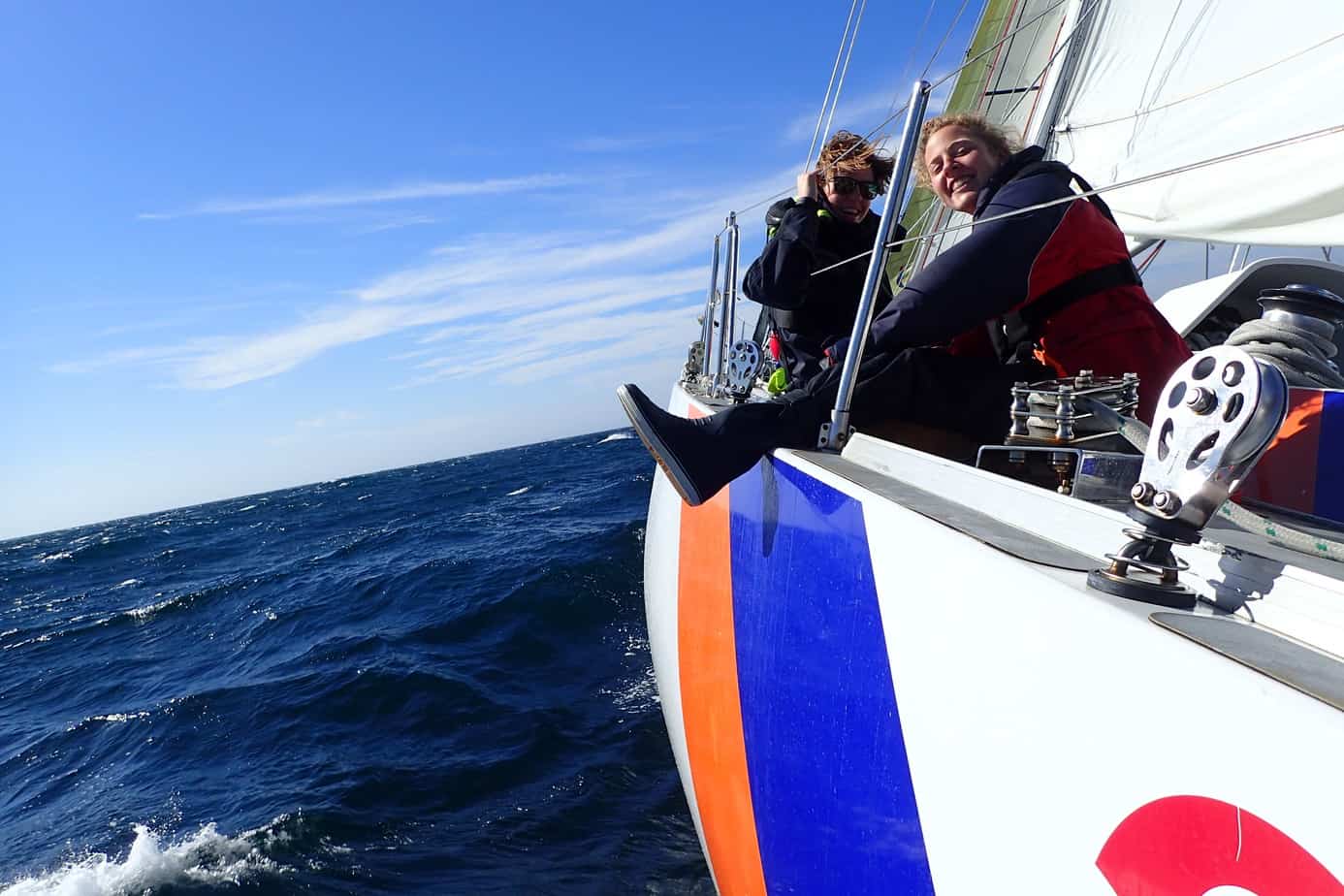 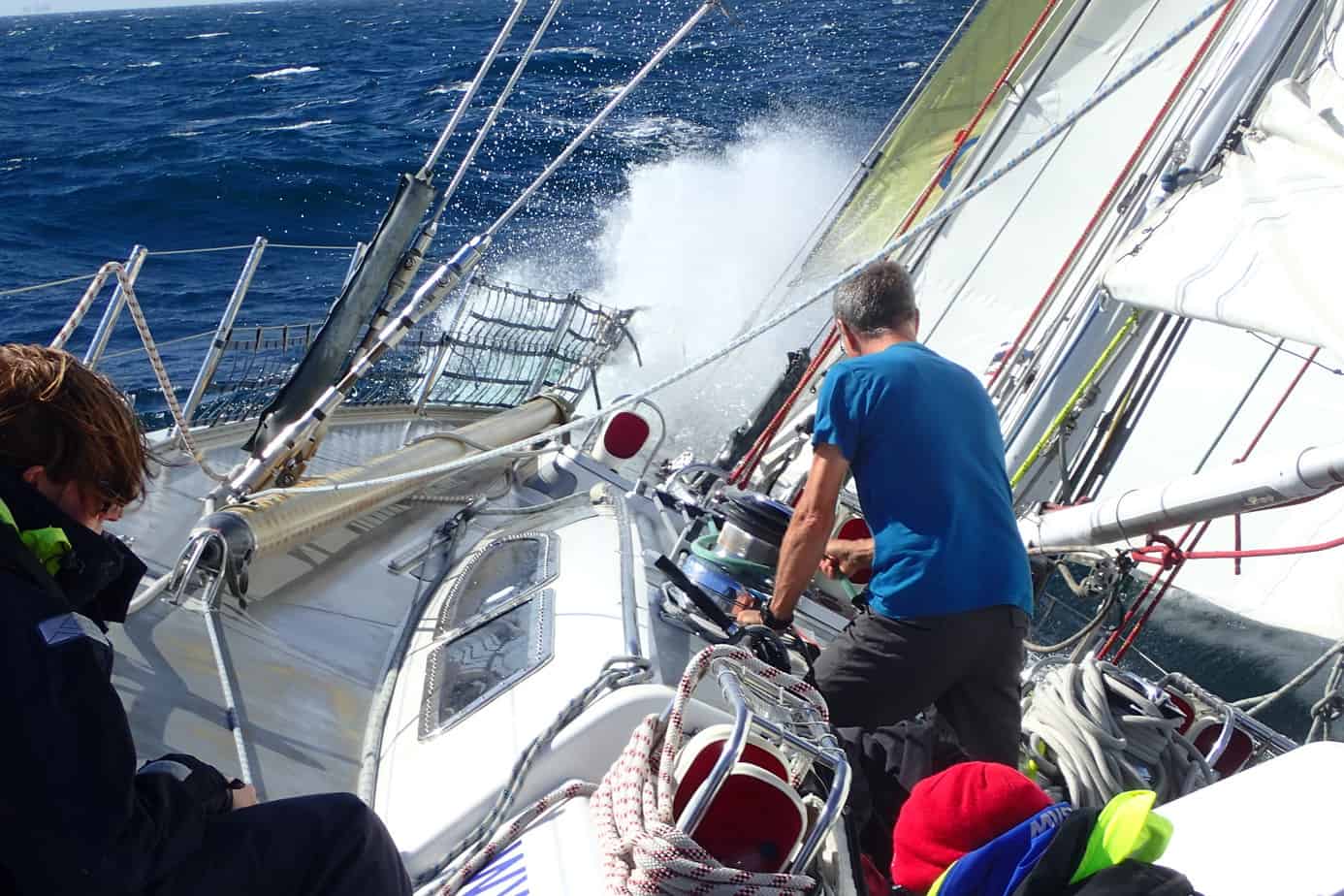 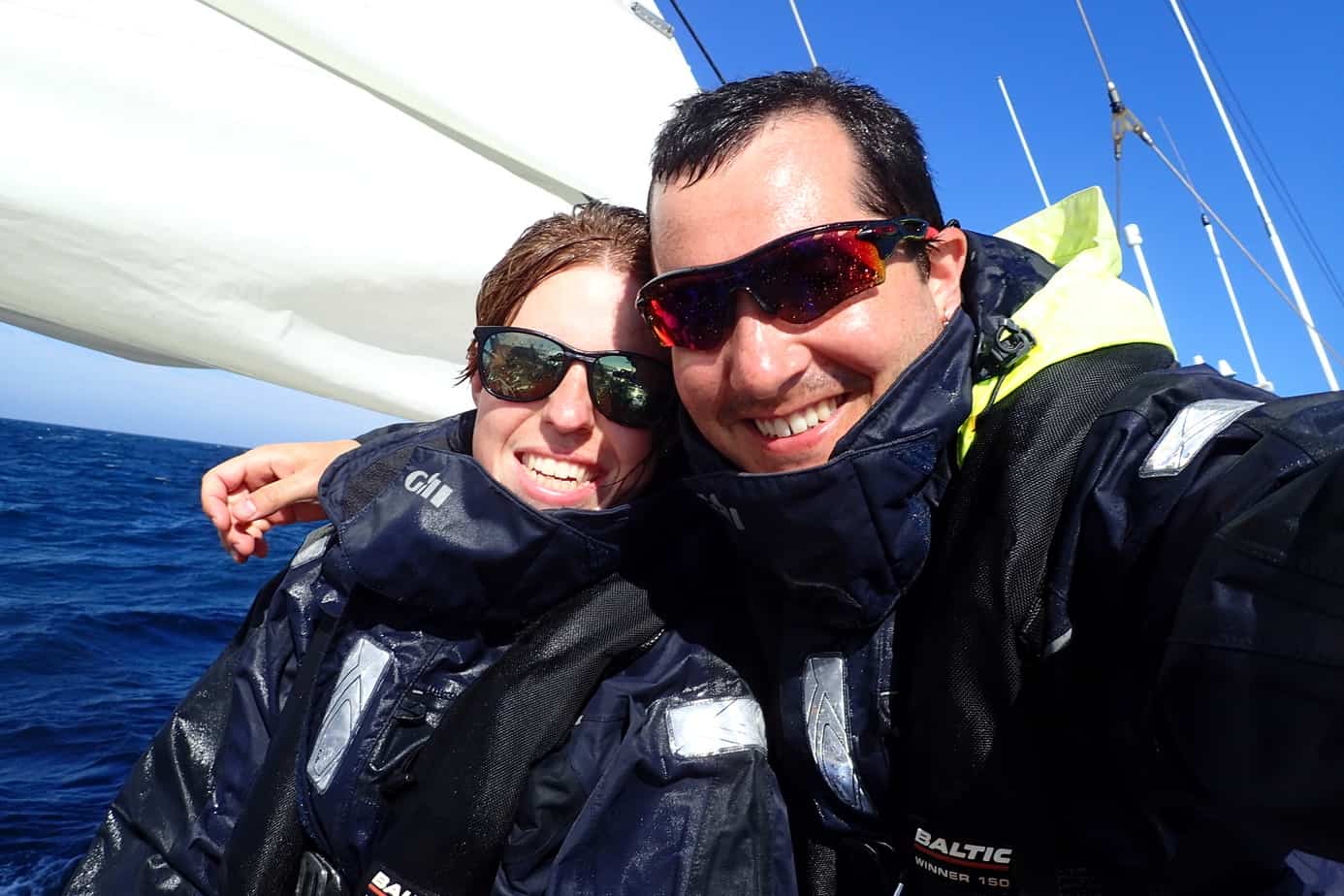 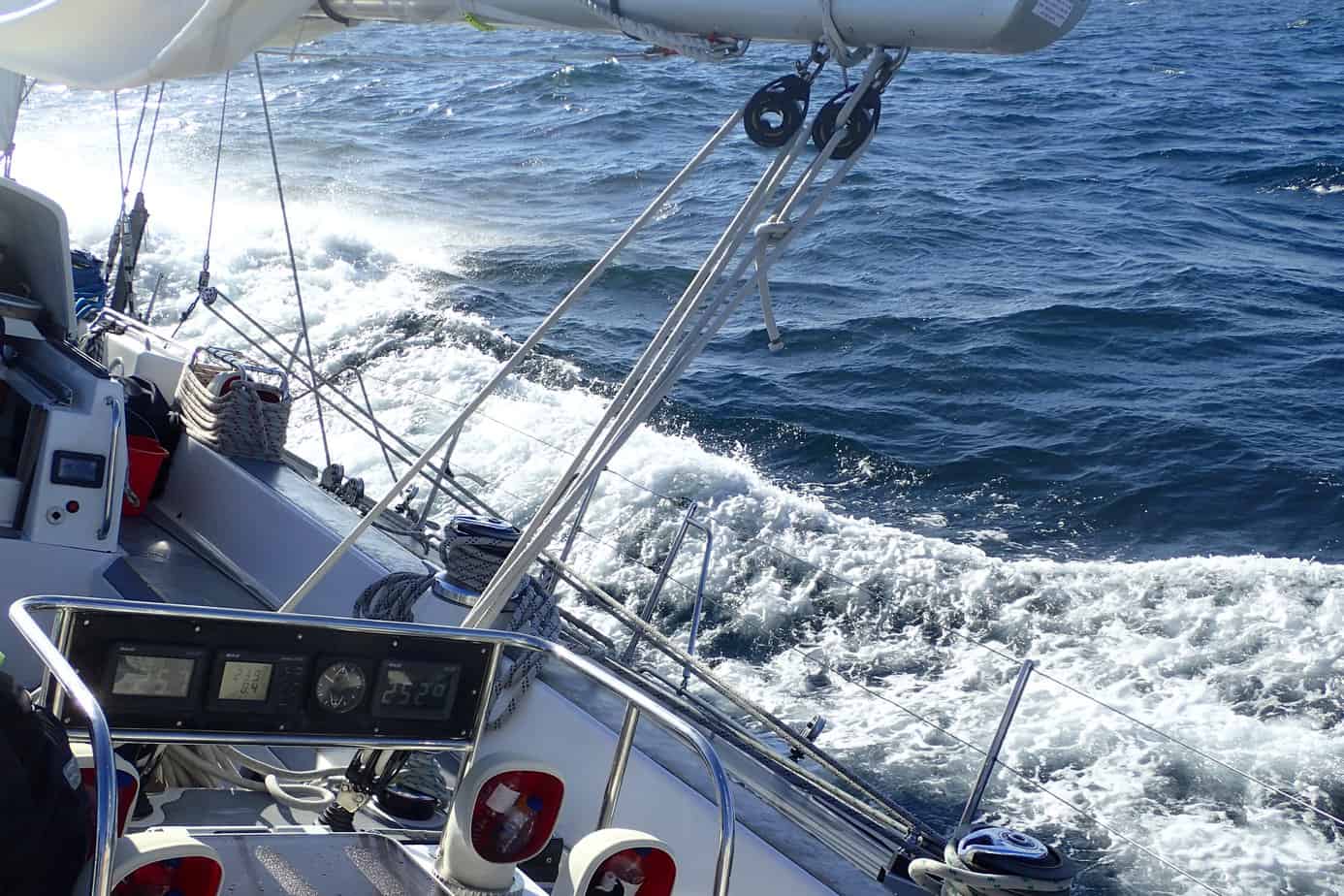 I was feeling fine with the choppy seas until it got dark and then I started to feel a bit on edge. It was a cloudy night meaning it was almost pitch black making it impossible to anticipate the waves and the motion of the boat so I felt a lot more unsteady underfoot.

I took to the helm and was really struggling to keep up with the erratic movements of the boat which kept jolting the steering wheel in both directions with a huge amount of force. Unlike steering a car, you kind of let the boat make its own movements while just guiding it in the compass direction you want. Suddenly the helm jolted with such force that it yanked my arm, causing me to slip and fall hard on the deck. I managed to regain my balance and grab the wheel just as a huge wave came over the bow and splashed me in the face. My heart was racing, I think mostly from the shock of falling (and feeling like you were going to fall in the water from the angle of the boat) and I suddenly felt very out of control when steering and with the huge motion of the boat. I gave in to my nerves and Lottie came and took over the helm.

As we were approaching the TSS (Traffic Separation Scheme – effectively a motorway for boats to help with the busy solent area), it was time to drop the sails and switch to motoring. I got giving the best job… I walked (or rather scrambled) with the skipper to the front of the bow. My role was simple – to sit on the deck and, as the sail drops, to grab it into the boat to make sure it doesn’t end up in the sea. On this part of the boat, the up and down motion of going over the waves feels huge. I was, thankful, strapped onto the deck with a rope tied to my life vest which made me feel secure. It was windy, dark, noisy and every wave came crashing over my head and I was soaked within seconds….It was so much fun! With both front 2 sails successfully down and tied up on deck and with me soaked to the bone, the job was done. I was freezing cold within 15 minutes and still had 45minutes until it was 3am and our shift was over….but it was totally worth it for the experience. 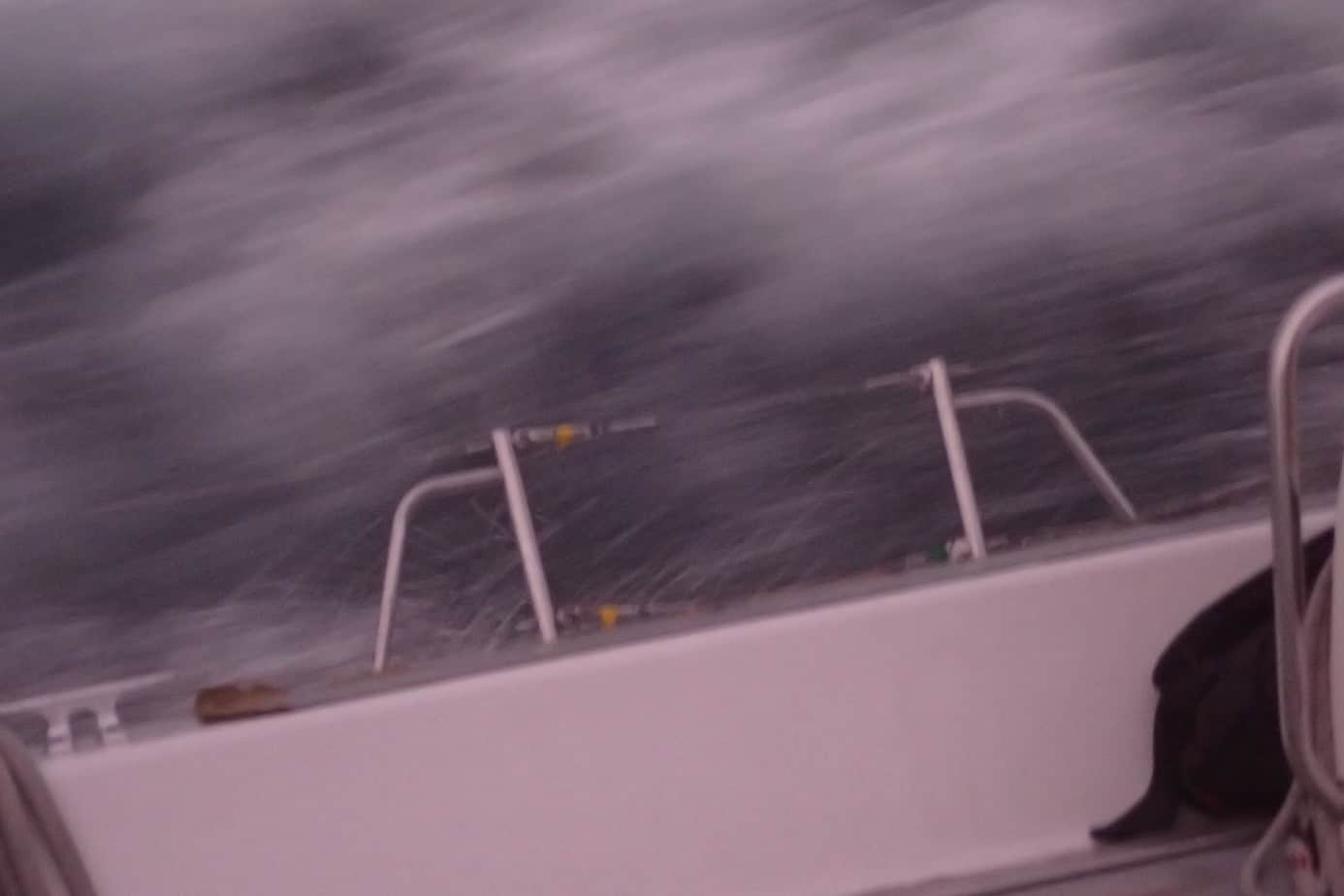 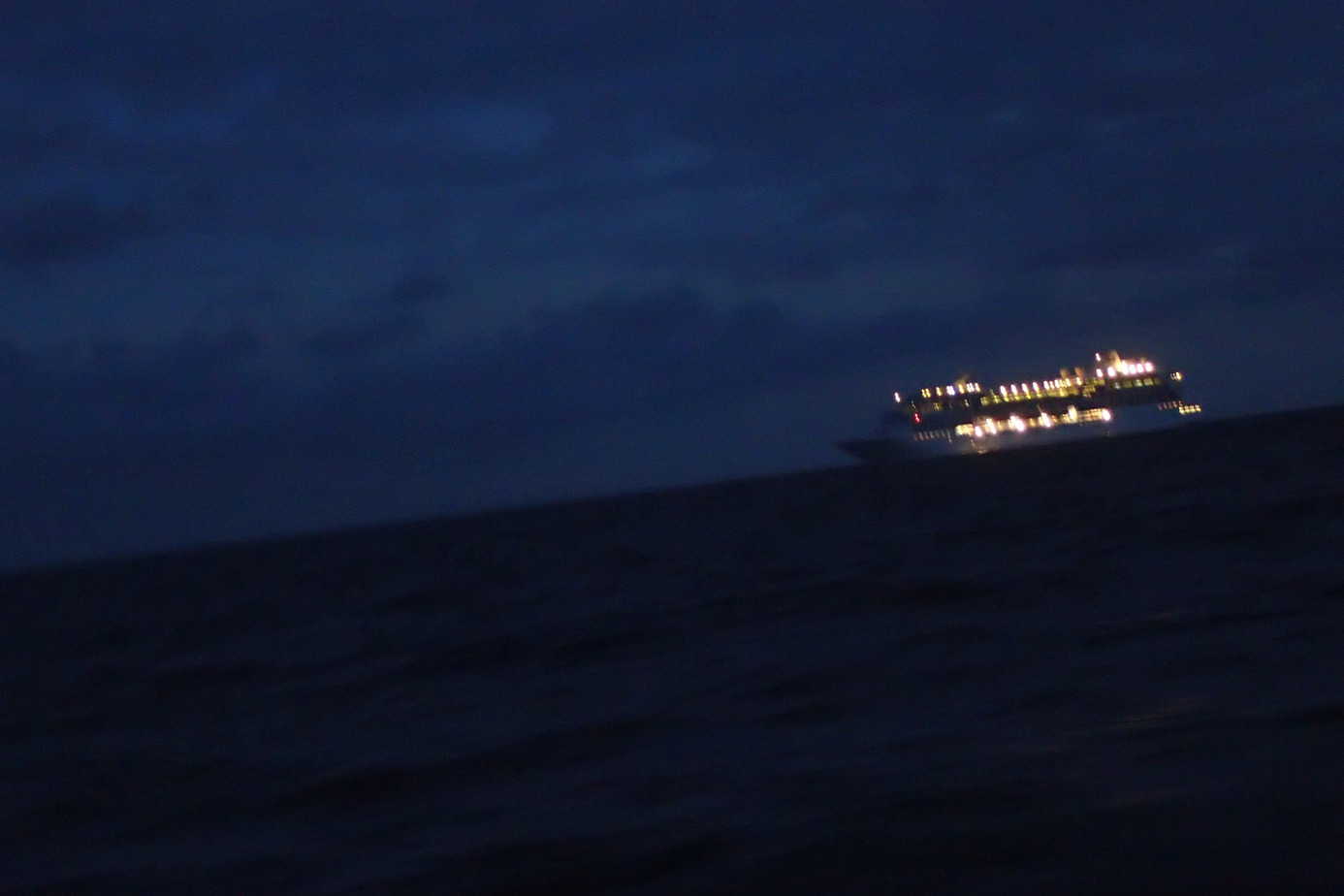 I woke up to the smell of breakfast cooking and the news that we should hit land within 24 hours. The journey, with all the hard work and constant shifts, felt like it was going really slowly and then, suddenly, really fast. I wasn’t ready for it to be over, although the desperation to have a wash and to get the saltiness out of my hair and body meant I was also ok with arriving home. 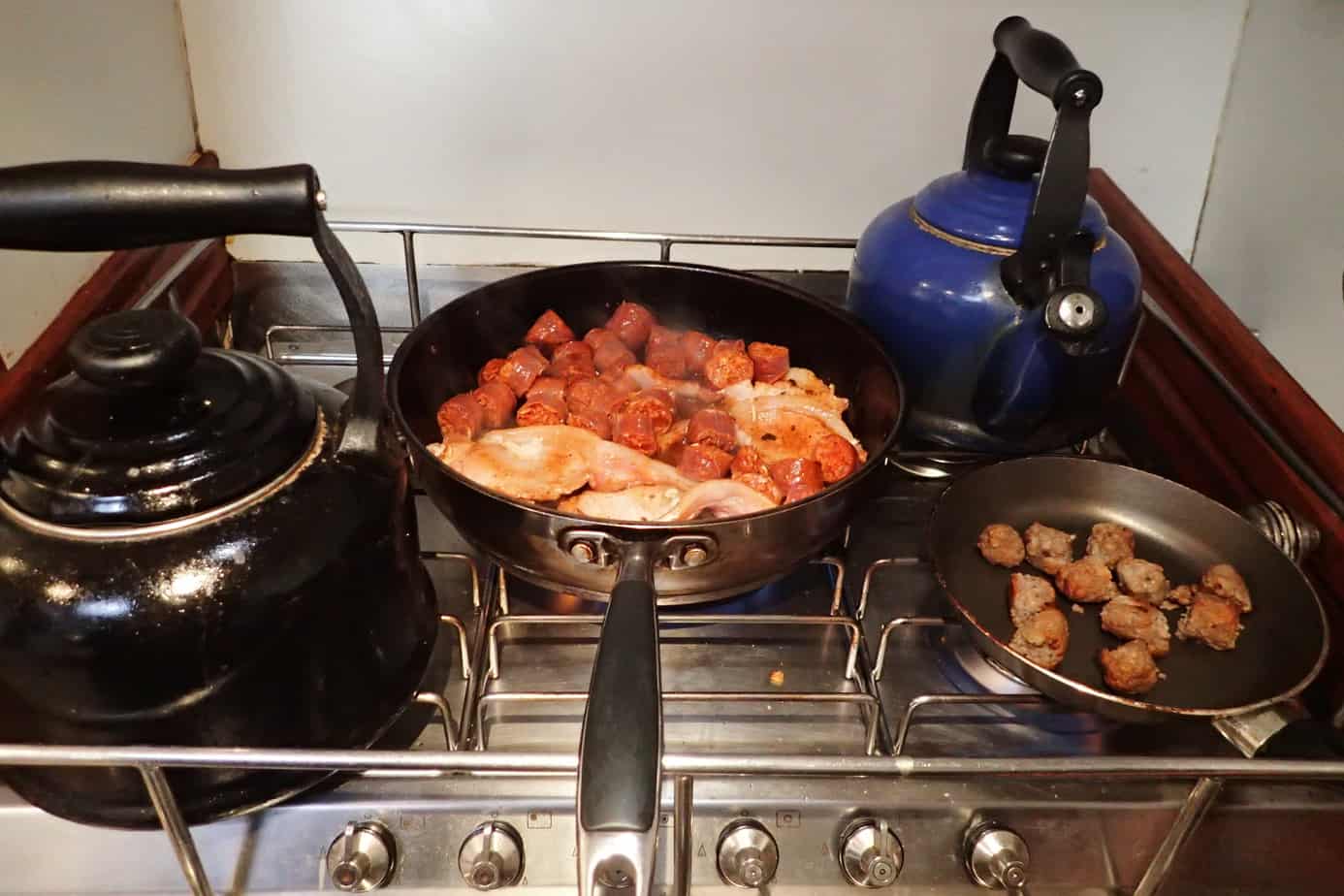 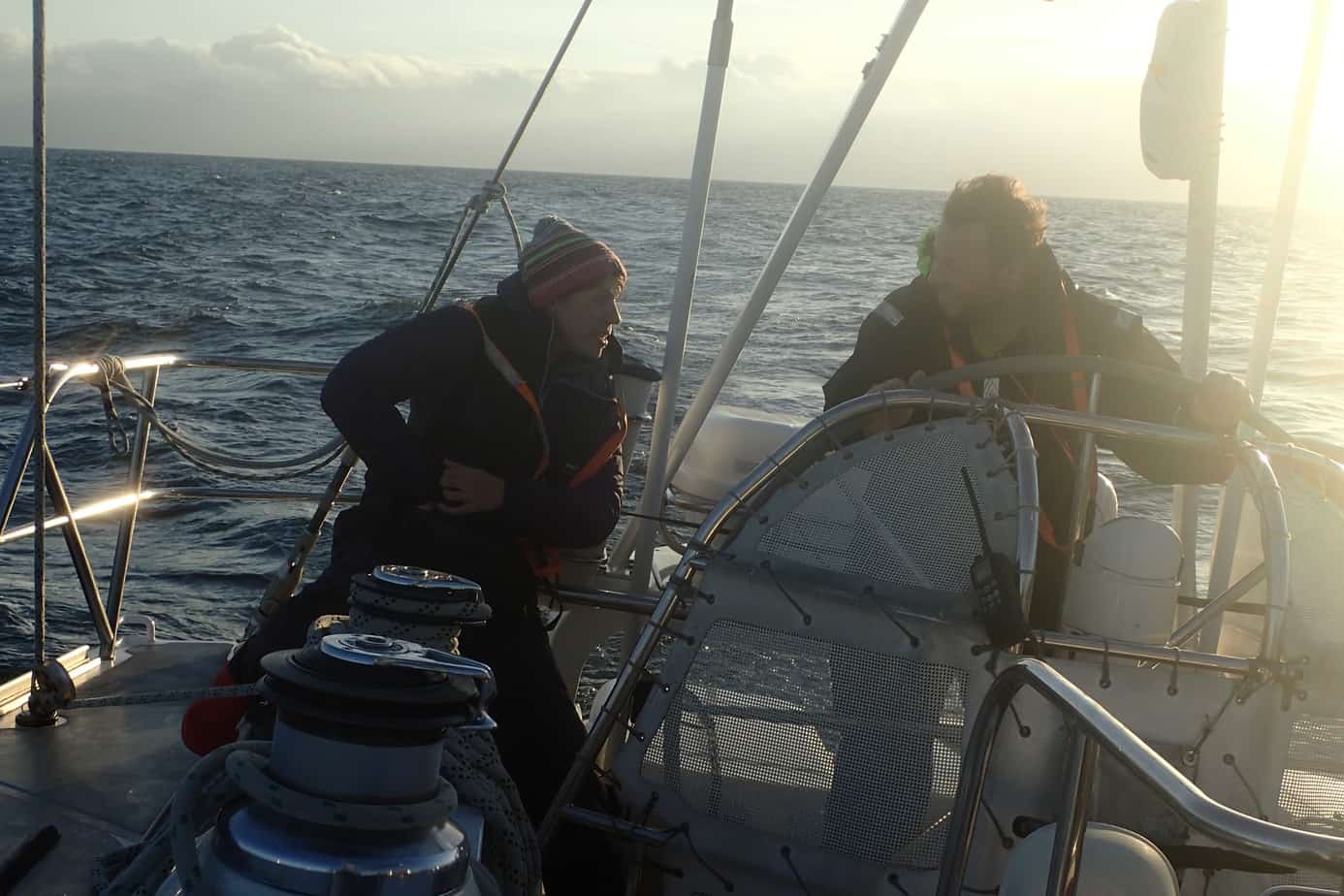 The advantage of motoring is that the boat is level so moving about is much, much easier…the downside is the engine noise which starts to grind a bit, plus you don’t get the same satisfaction of moving with the elements.

The clouds had cleared, the sun was shining and, in the distance, I could see the white cliffs of Dover. The first slice of land in 4 days. I wasn’t wasting any of the glorious sunny daylight on sleep so I got out my sunglasses and shorts and sat on deck with the rest of the boat – this was the first time we had been together all week. 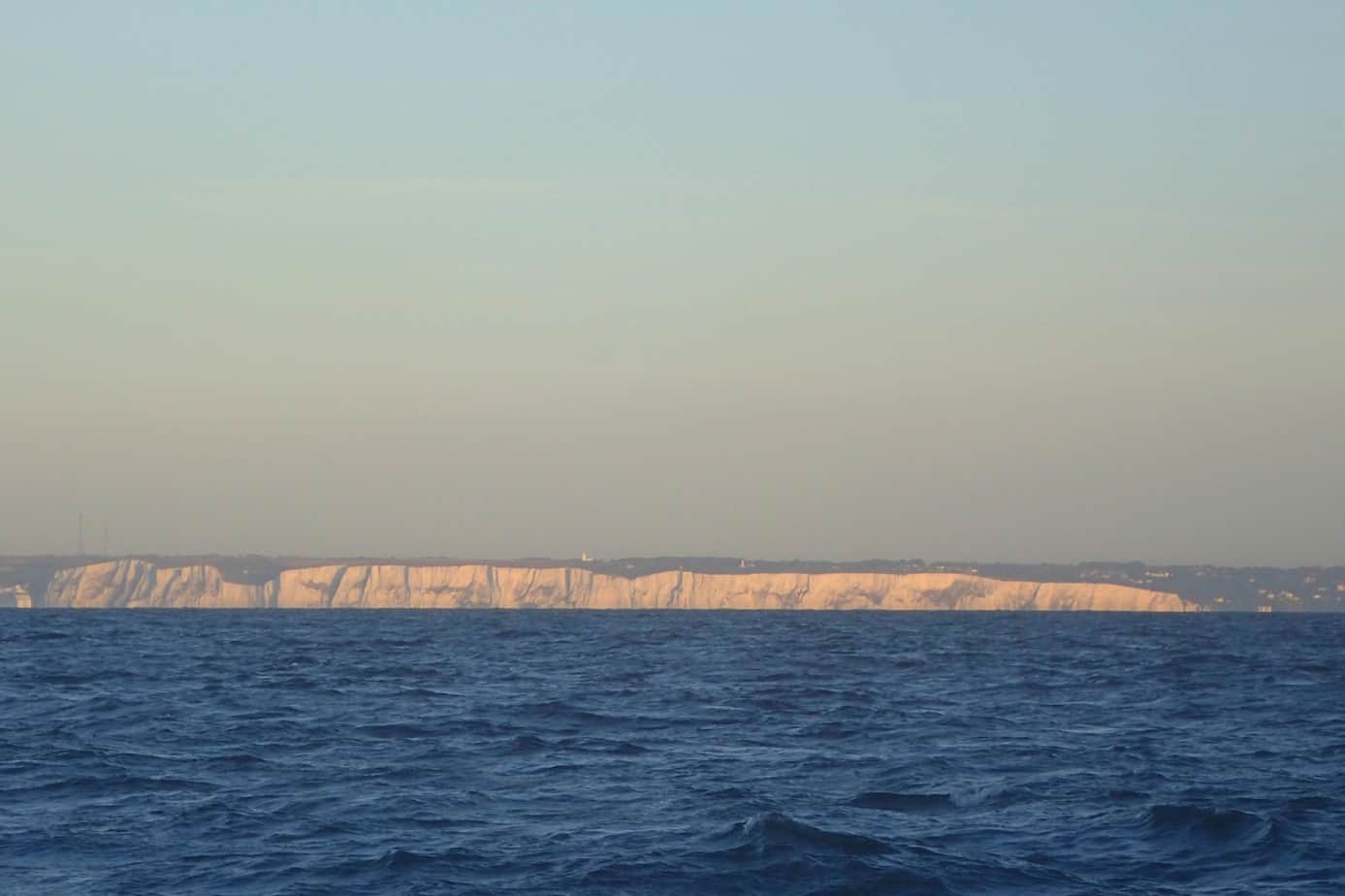 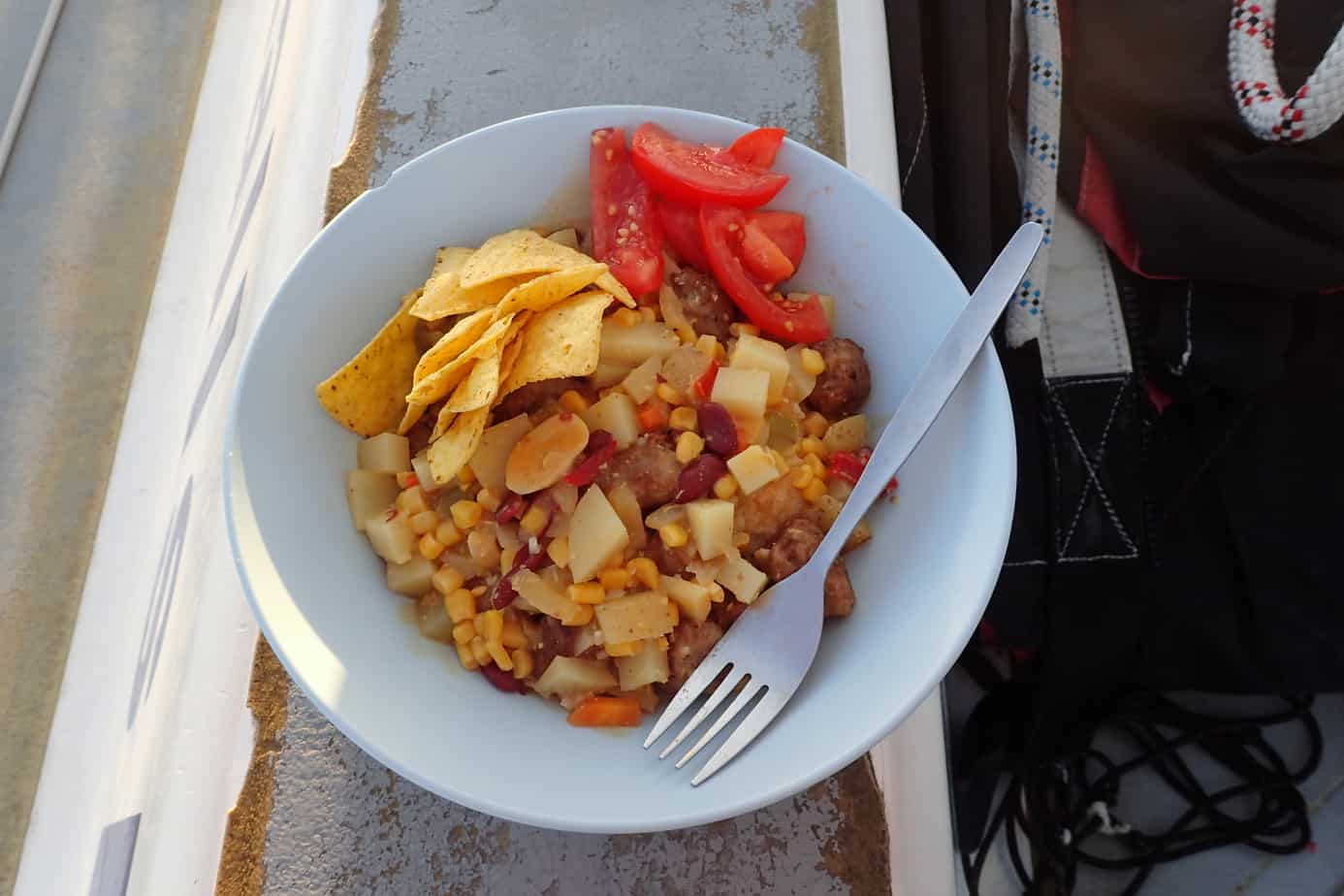 It was such a fun day and the perfect way to finish the trip. We got the boat ready for mooring and had a beautiful sunset, arriving into Portsmouth shortly after dark. 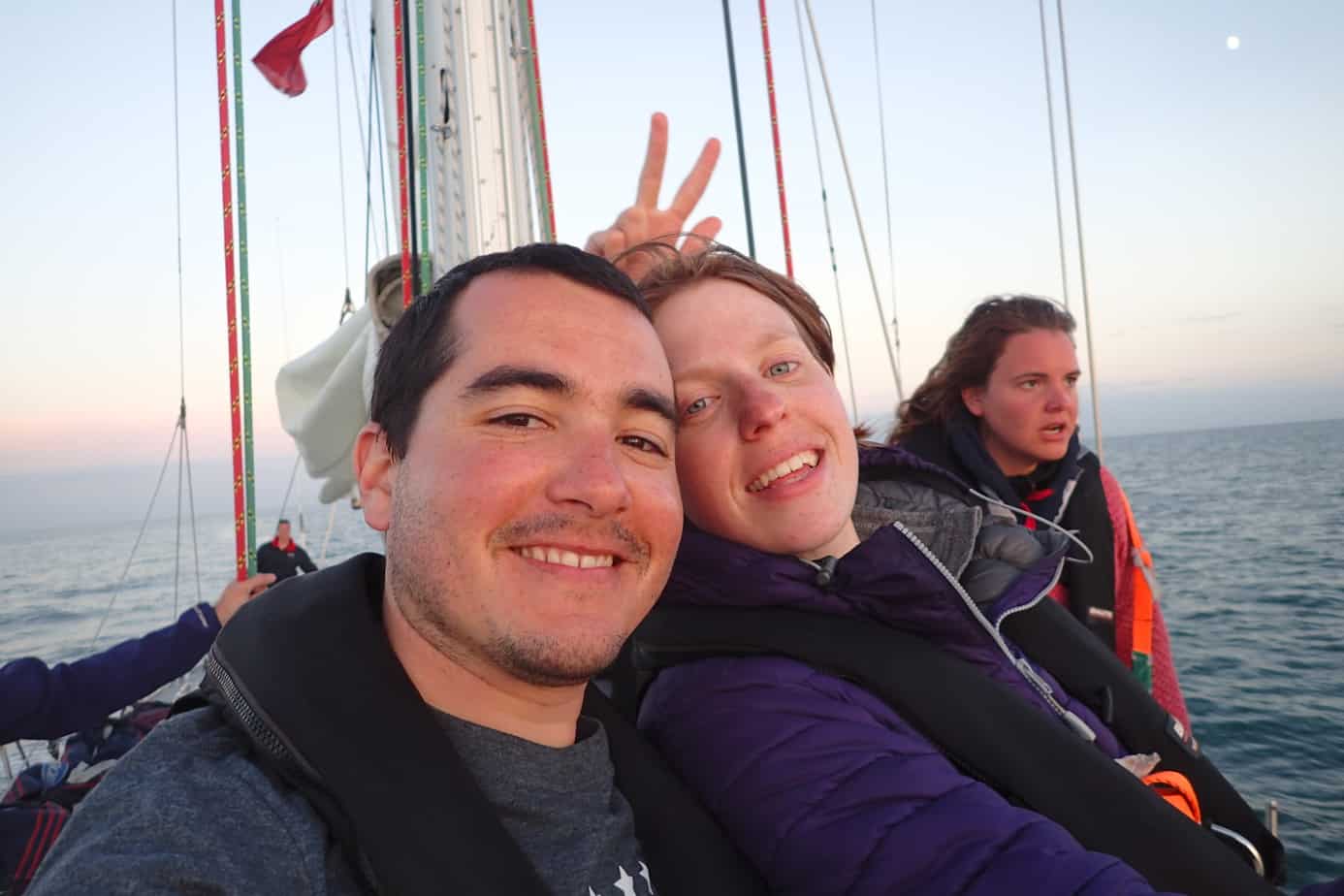 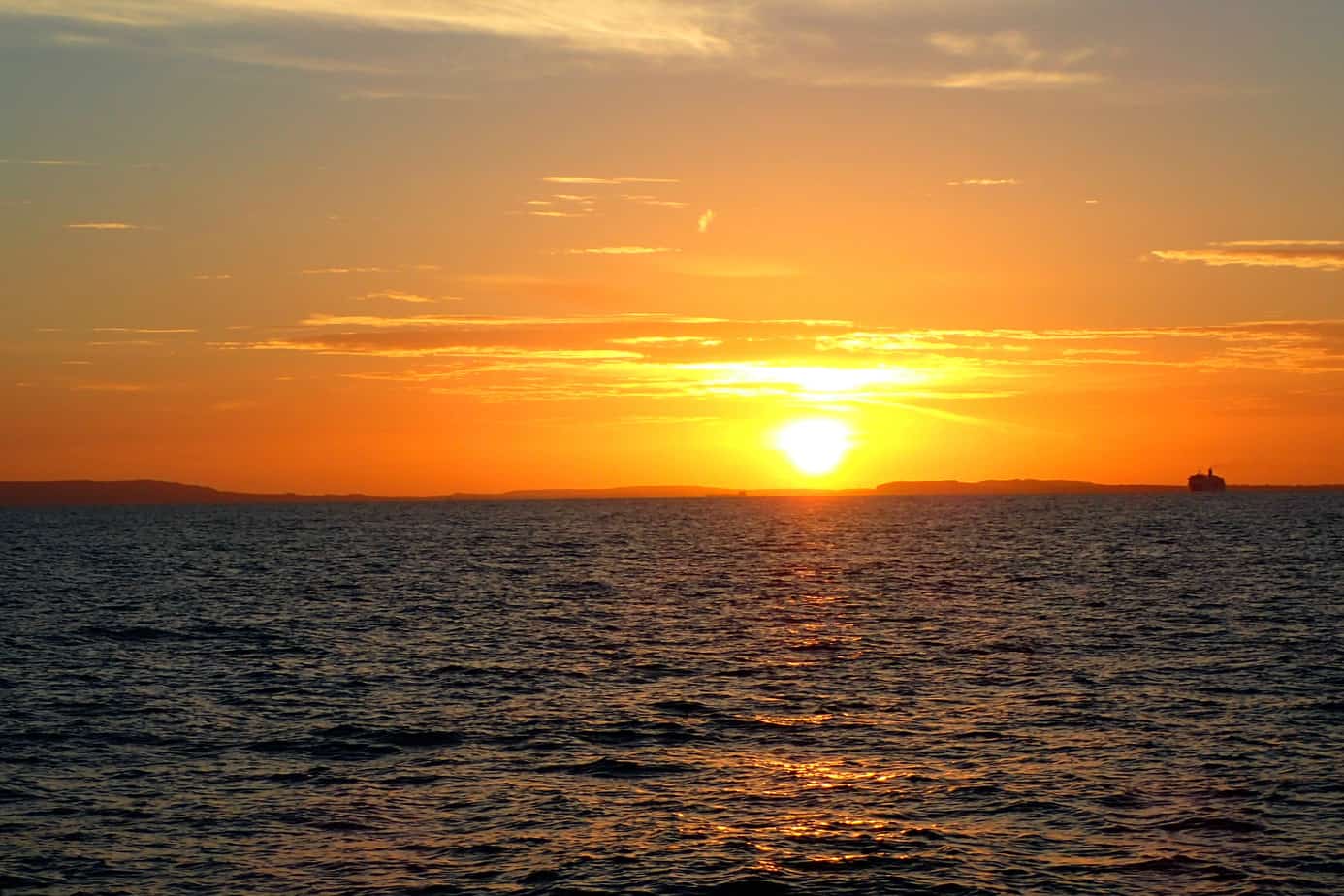 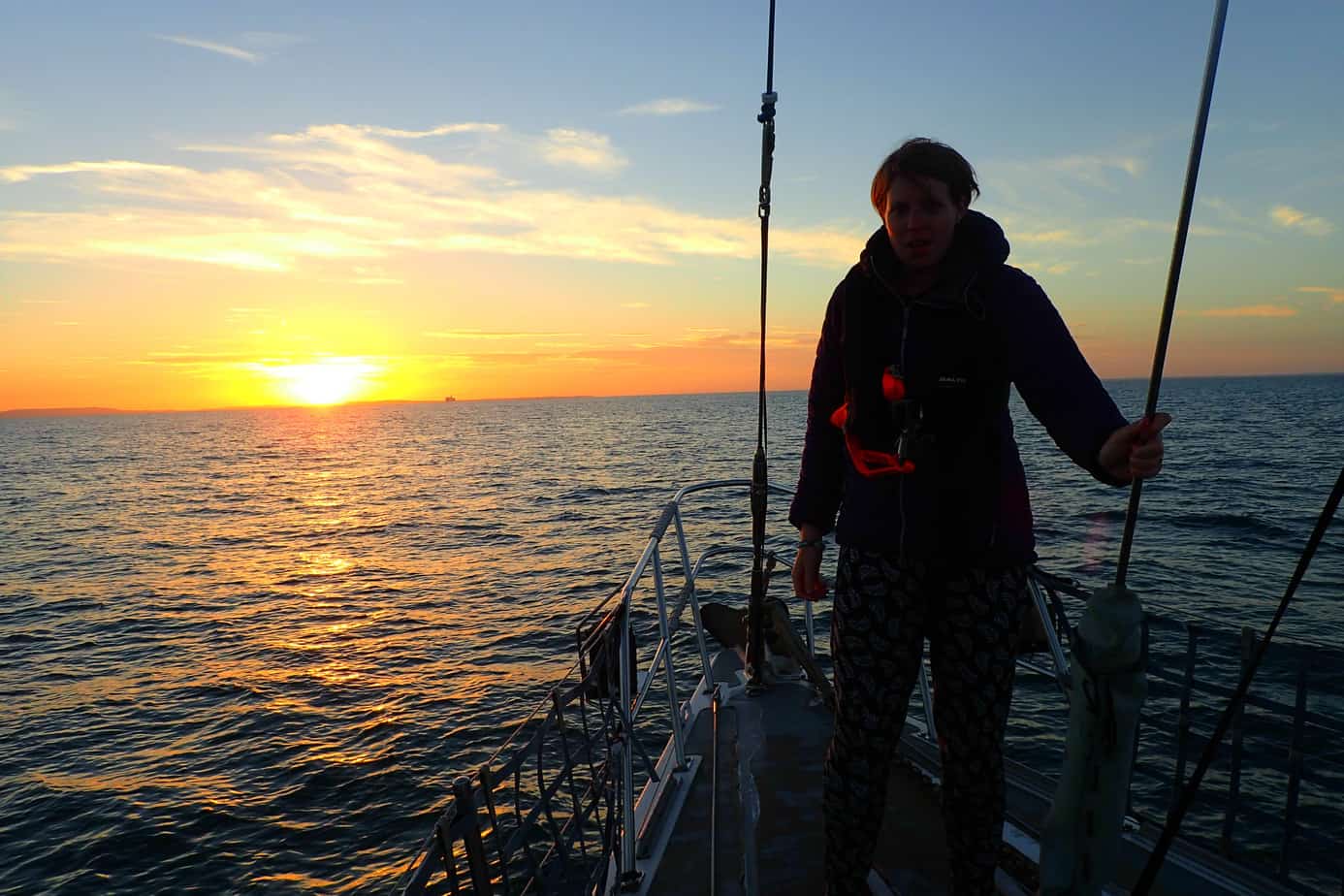 Finally, we moored. It was so strange stepping onto solid land knowing that we had sailed all the way from Sweden. Even though I knew the land was solid, it felt like it was swimming about like I was still at sea. It took 4 days in the end for the unsteadying sensation to go (it even caused me to crash sideways into a doorframe when I got up to go to the toilet in the night a few days later!).

I was so desperate for a shower but the pub was shutting in an hour so I made the right choice and headed straight for a pint instead which went straight to my head. We eventually got chucked out and made our way to the port shower blocks.

There’s no point even attempting to describe how amazing the shower was…. 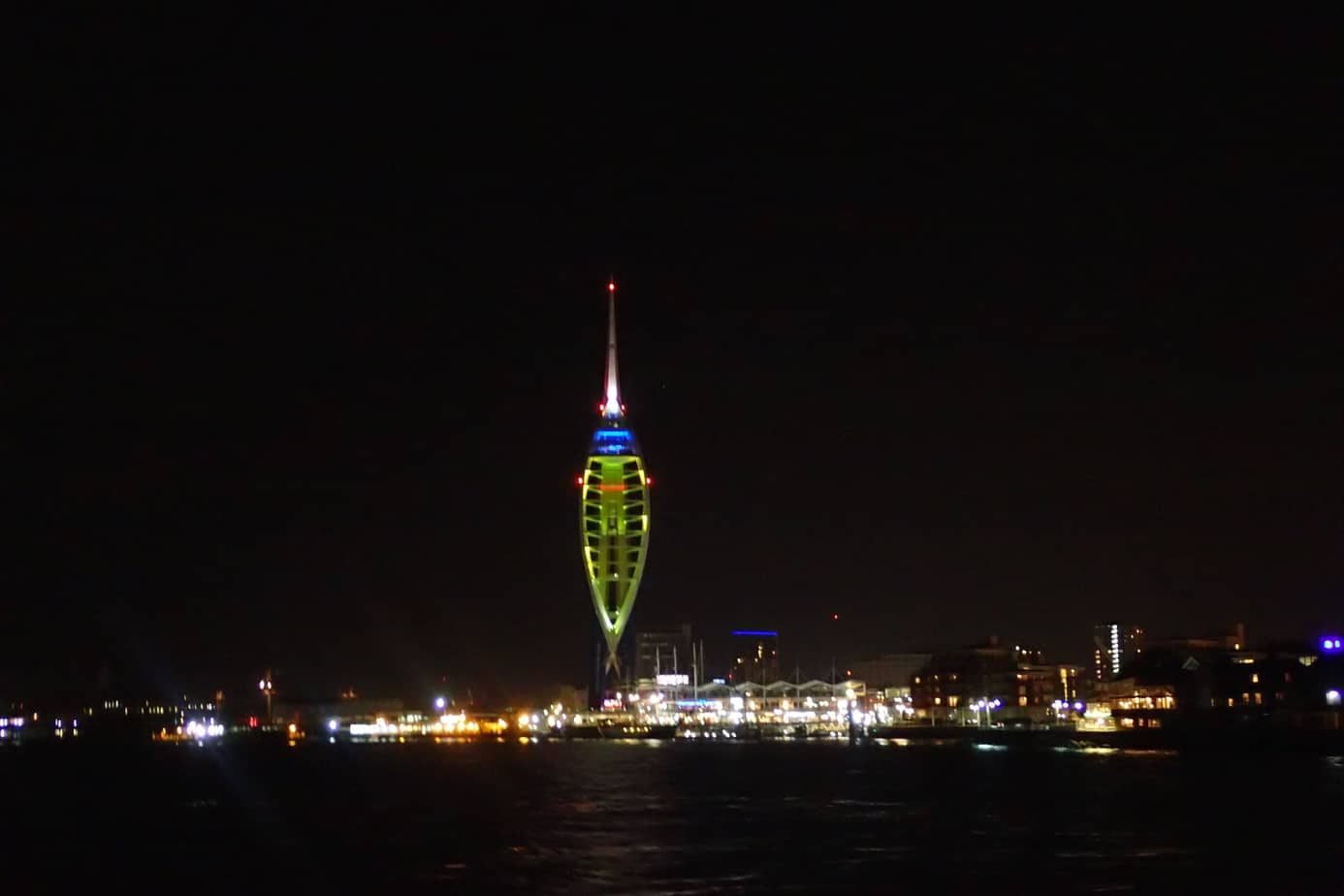 The finished back on the boat with drinks and retelling of stories from the week. At 2am I finally made it to my berth, happy that I would only have to spend 1 more night squashed in tis tiny space.

We cleaned the boat top to bottom with 60s music blaring, packed our bags and said goodbye to each other. I had really bonded with my watch and was genuinely sad to be saying farewell. I hope our promises to sail together again stay true.

I jumped on the train at Portsmouth heading home. Looking out the window I reflected on what had been a phenomenal week. I had a huge smile permanently plastered on my tanned (or maybe just wind swept) face. The voyage had been an adventure from start to finish and I have a mountain of memories to take home. Despite the sea sickness, disruptive sleep and the hard work that go into sailing a boat, there is something quite addictive about it. Sailing has to be the rawest form of adventure available to man and I can’t wait to get back out there… 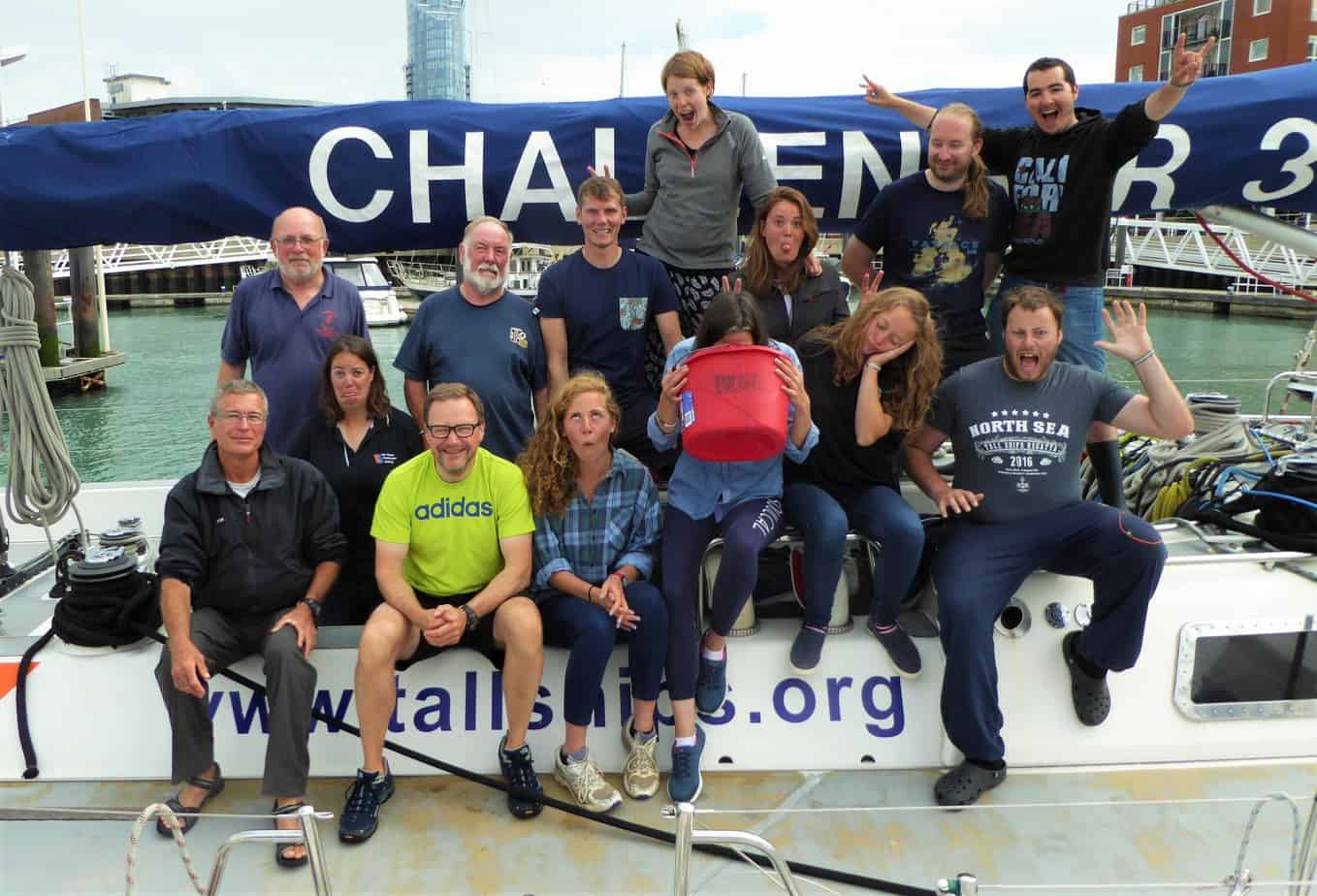