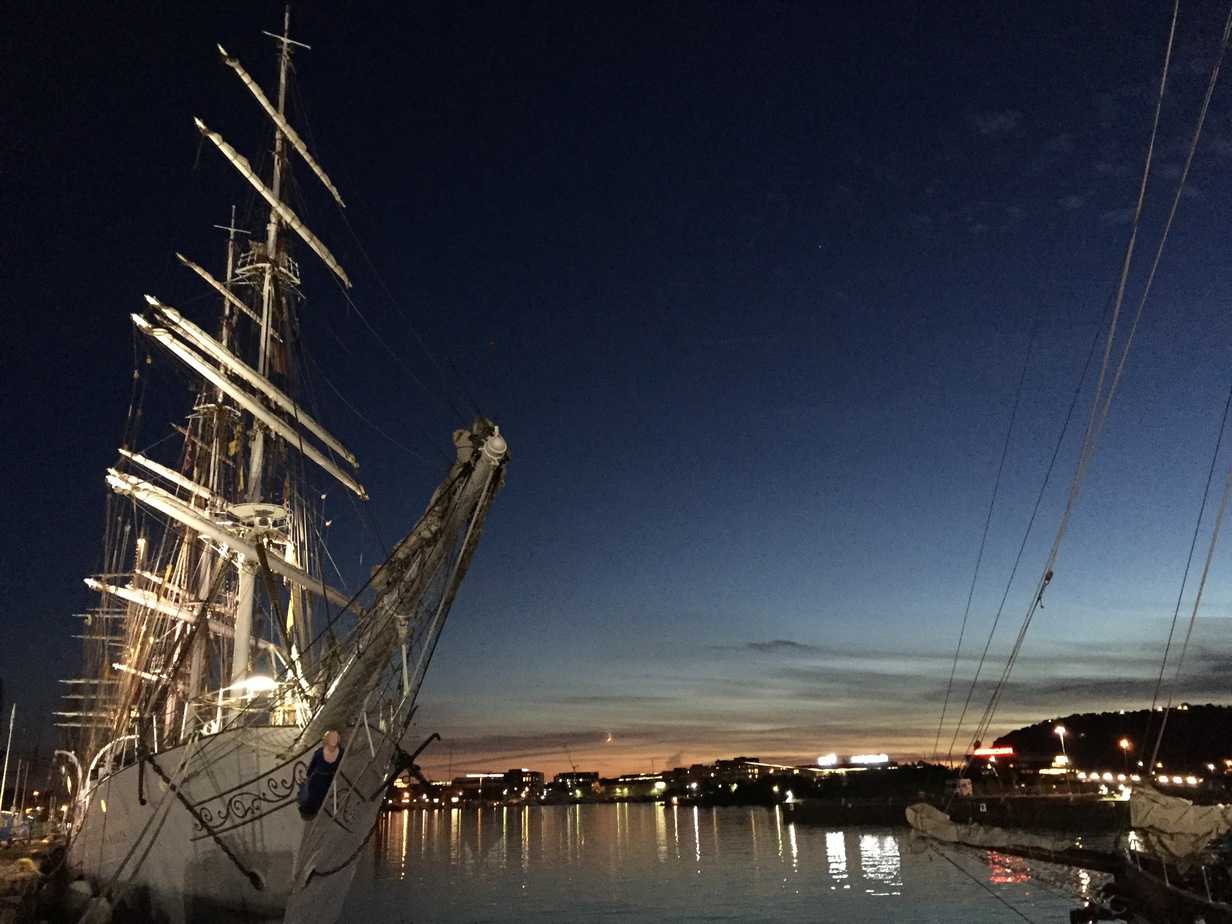 Walking along the dock in Gothenburg, Sweden, I finally spotted the yacht I was joining, Challenger 3. It was dwarfed either side by 2 huge tall ships that looked like they had come straight from the set of Pirates of the Caribbean. Sure, the Challenger wasn’t a flashy thing, but I knew this 72foot steel boat was the real deal. Designed to sail around the world the wrong way, it had seen some amazing adventures in it’s time. Who needs good looks when you’ve got history! 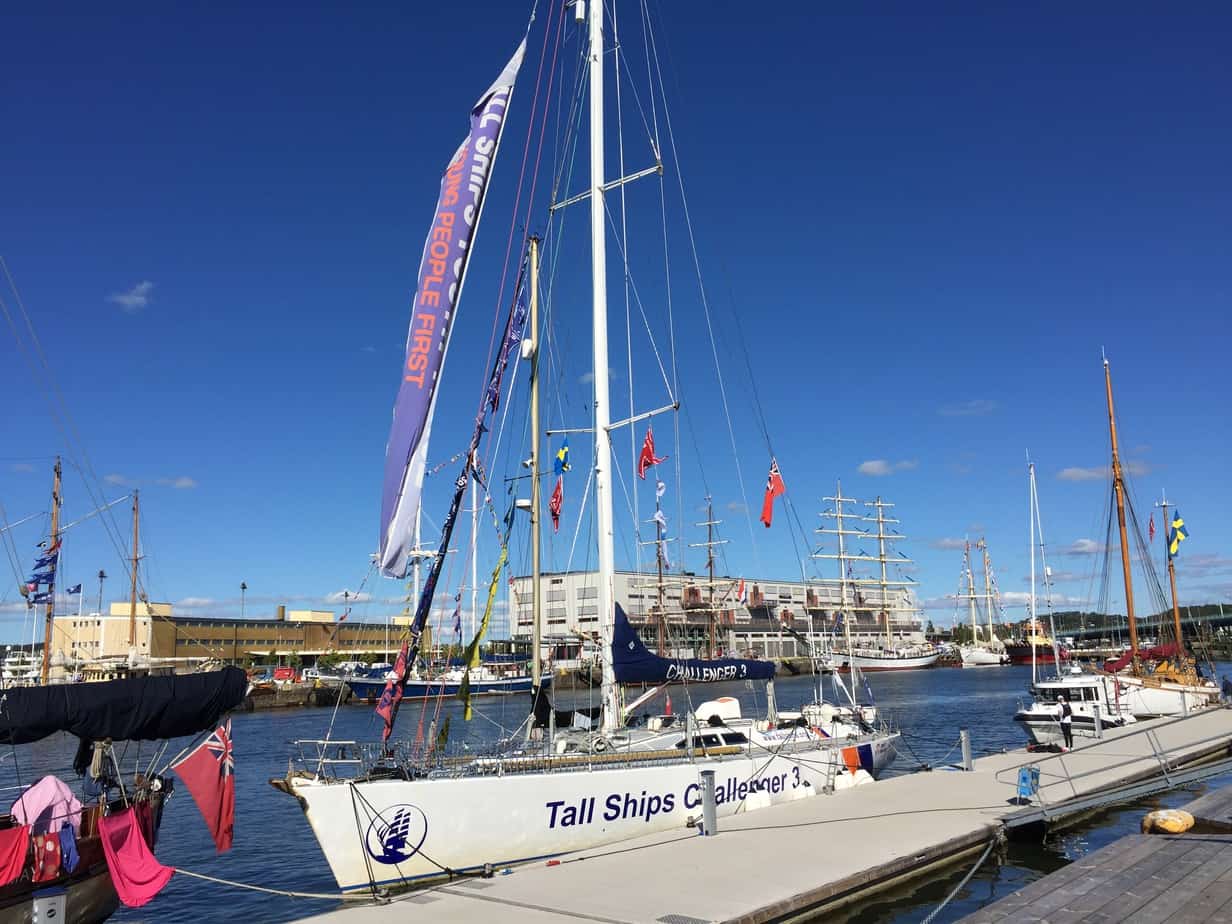 Challenger 3 had sailed to Gothenburg as part of the Tall Ships regatta and had even managed to come third place in its category….out of 4 ships…with one retired (lol!). Myself and Gil had signed up, along with 8 other strangers, to sail the yacht back to Portsmouth with the sail training school Tall Ships Adventures. I had very little sailing experience except for a handful of day sails and always in the calm waters of the Solent and the Channel so crossing the North Sea would be a big challenge.

I met the rest of the group, a mix of men and women of all ages and from all walks of life, as well as the 4 crew (a skipper, mate and 2 watch leaders), who I would be spending the next week with. We had an introduction tour of the boat as well as safety briefings and that evening were treated to a pretty spectacular firework display which marked the end of the regatta. 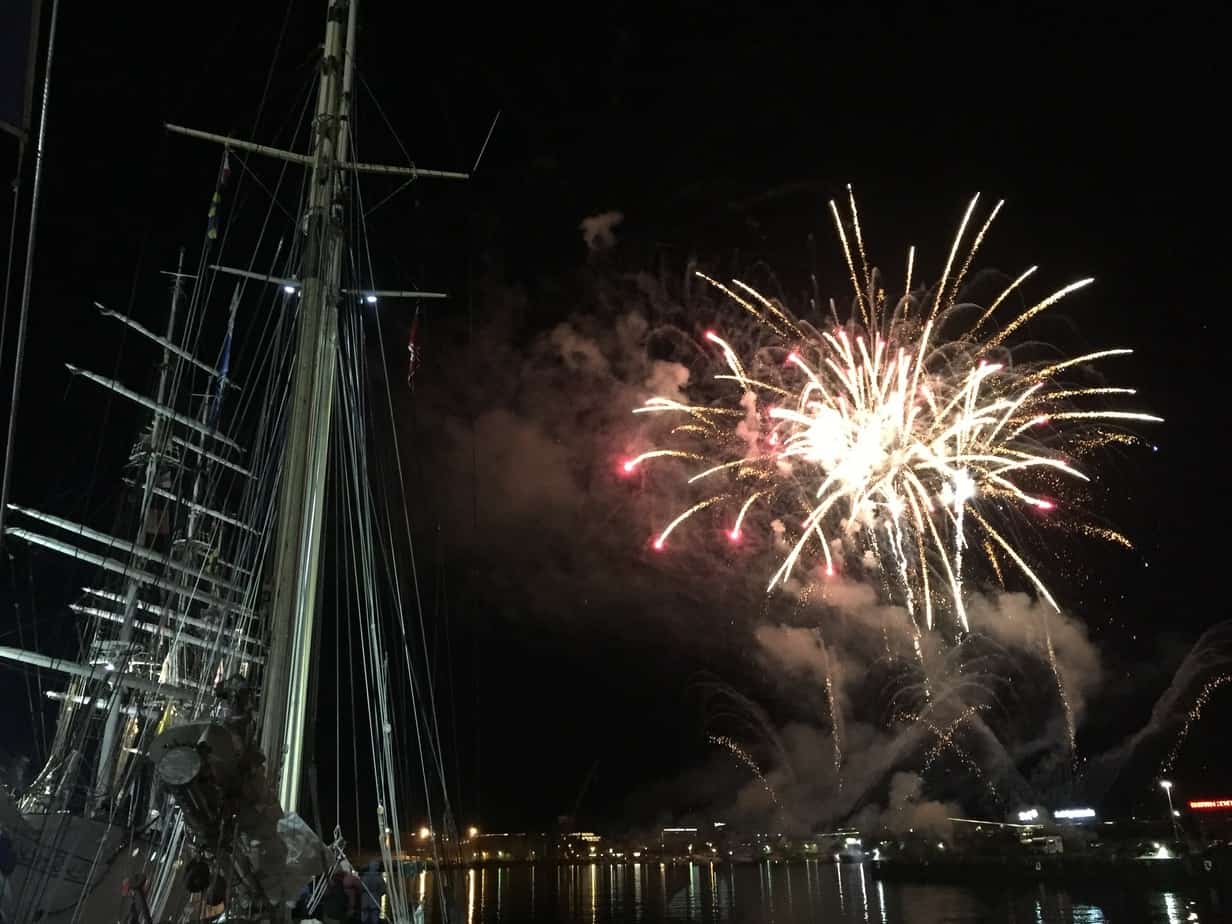 After a night in our cramped berths (bunks) on the yacht, we finally set sail the next day. I was itching to get going. The shores were lined with waving people as the competing ships from the regatta all left together. It was an impressive exit, made even better when a sea lion popped up its head to say farewell. 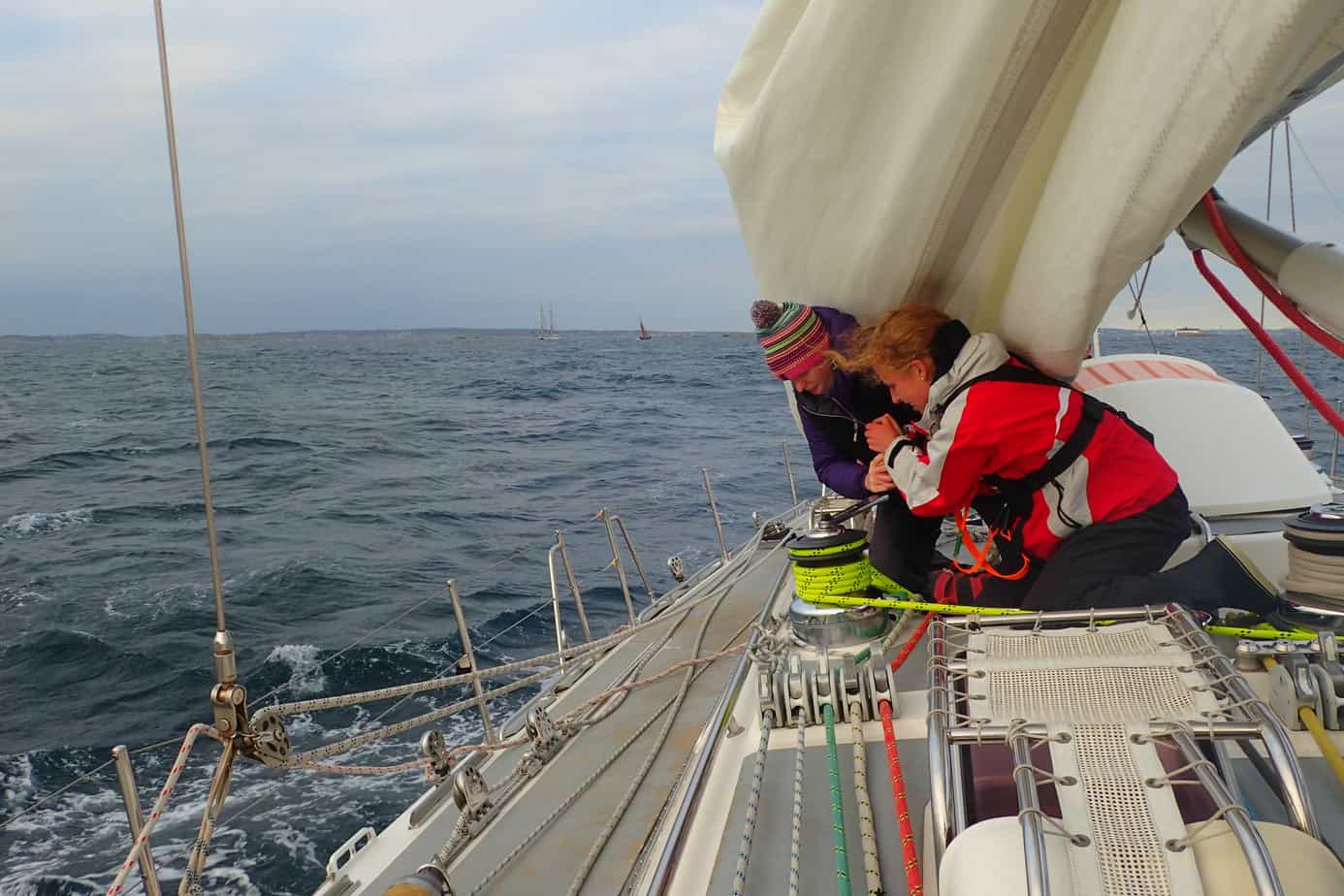 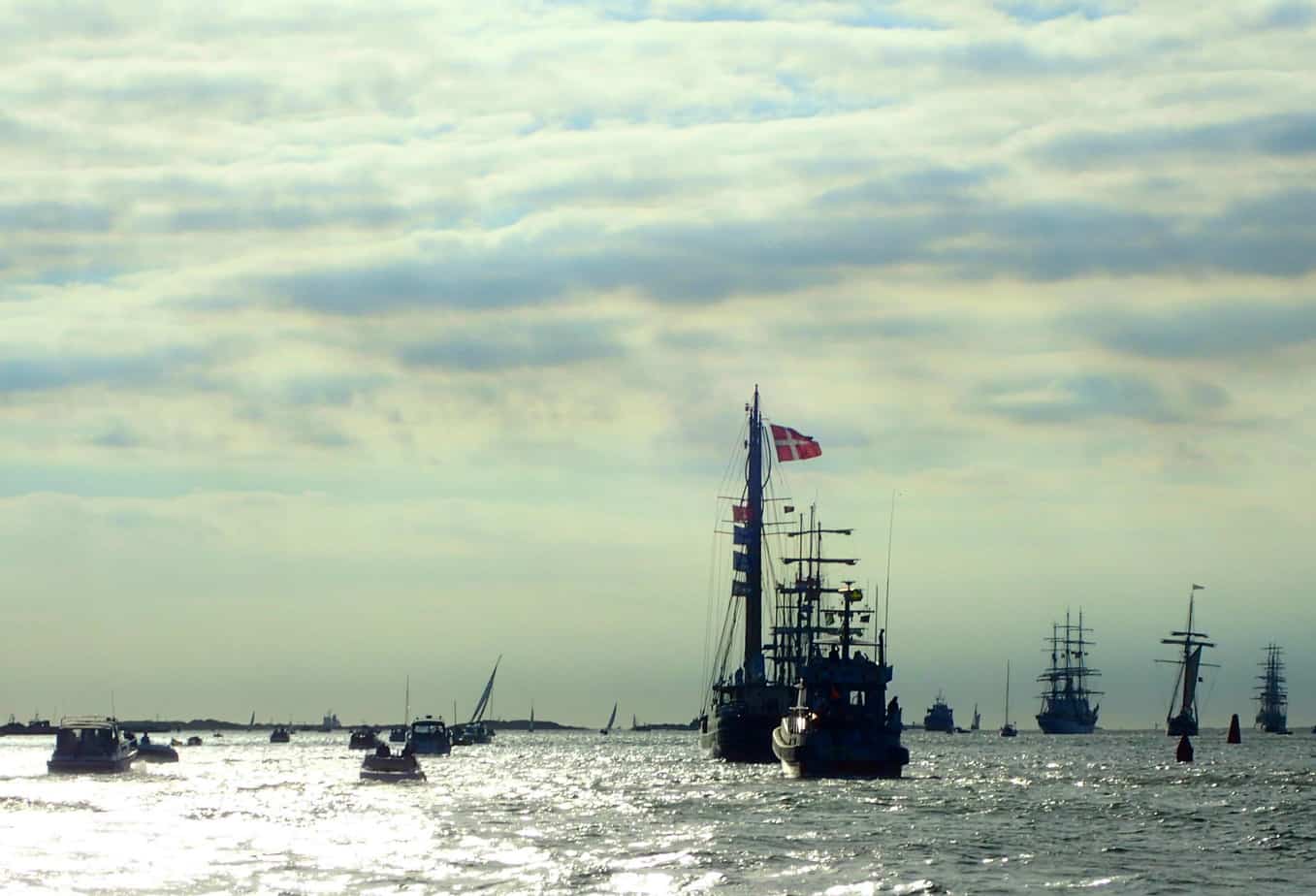 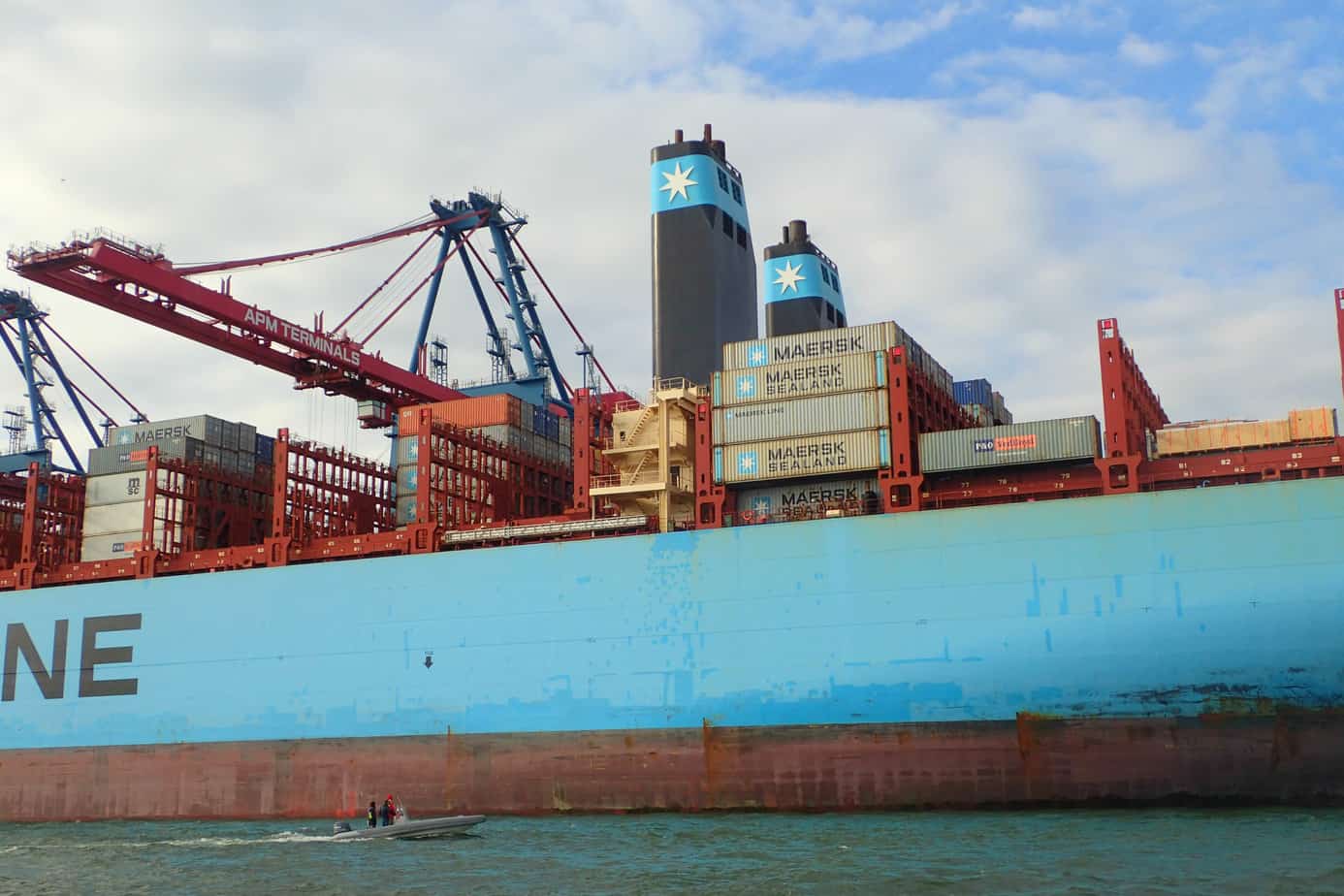 The North Sea wasted no time in giving us a brash introduction to its notorious choppy conditions. As we left the safety of the port and the tall ships all departed their separate ways, the wind and waves picked up. This was definitely nothing like the solent! We got to work setting up the sails and it took only about an hour or 2 before seasickness gripped me. I tried my best to get involved with duties on the ship but kept having to lie down with my eyes closed in an attempt to compose my swimming insides. I was soon being ill and from there the sickness just got worse. The only place I could bare to be on the boat was below deck squashed right in the stern. The cold hard surface and feeling of being firmly held in place gave me a false sense of control. 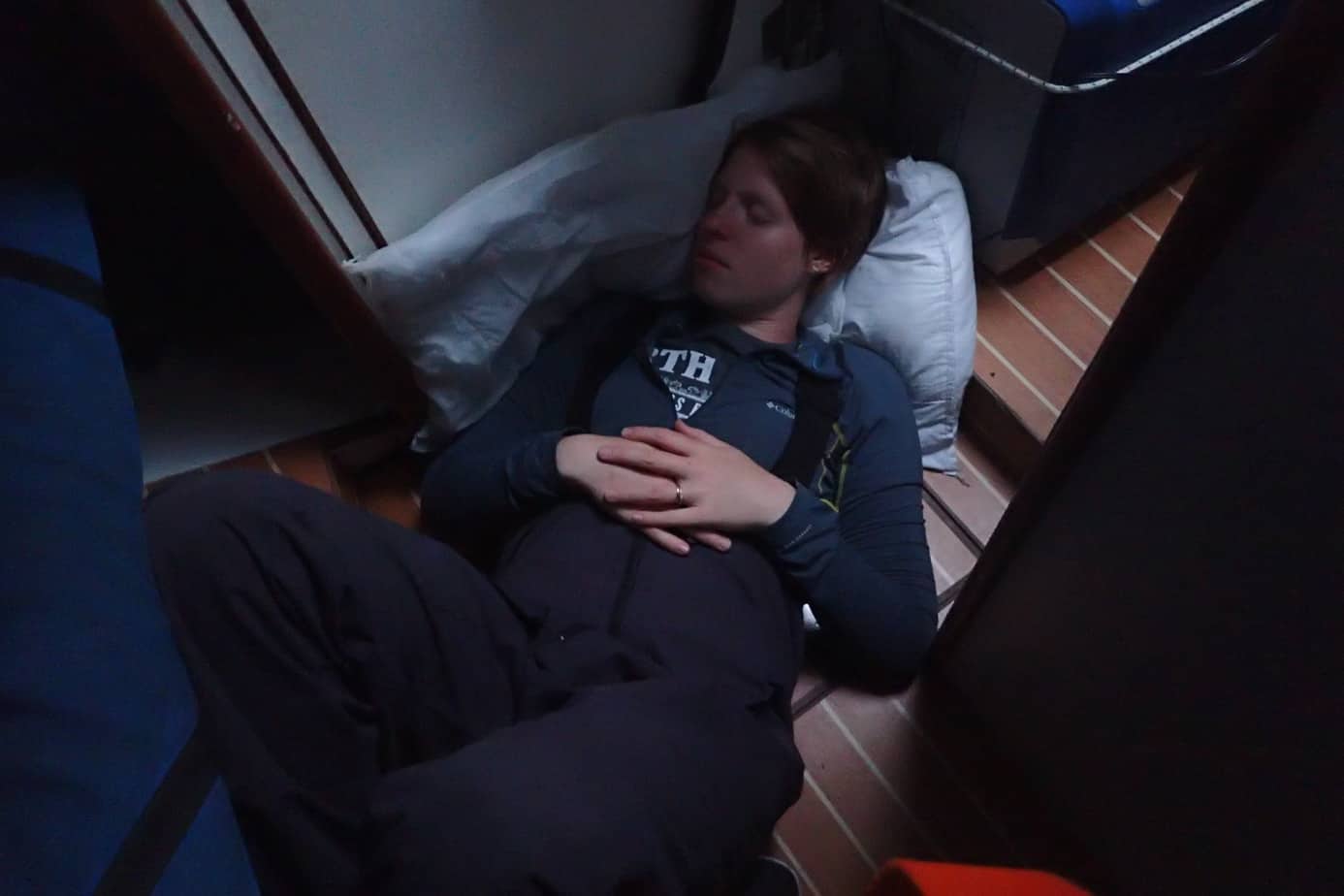 The next 16 hours were awful…just fucking awful!

I couldn’t hold down food, I couldn’t even hold down water. I desperately tried to sleep, tied up safely in my berth to stop me falling out, but the queasiness kept me awake. I found myself shivering in a cold sweat and felt unbelievably weak.

Someone told me that there are 2 stages to sea sickness. The first is where you think you are going to die and the second when you wish you were dying. Well…without meaning to exaggerate, I think I can safely say I was well beyond stage 2. I literally spent the entire time cursing myself for booking this trip and promising that I would never step foot on a boat again. I even made up a fantasy that the RAF would come and airlift me away and kept reliving it in my head in the hope that it would become real. It didn’t.

At last, finally, I fell into an exhausted sleep and, when I woke, felt a million times better. What a difference. It was probably a good thing that the RAF didn’t come to rescue me because if I had been able to bail in those early stages that almost certainly would have been a quick end to my sailing days. I managed to eat some food and get into my sailing waterproofs and wellies to join my watch on deck for some much needed fresh air. I had finally found my sea legs. 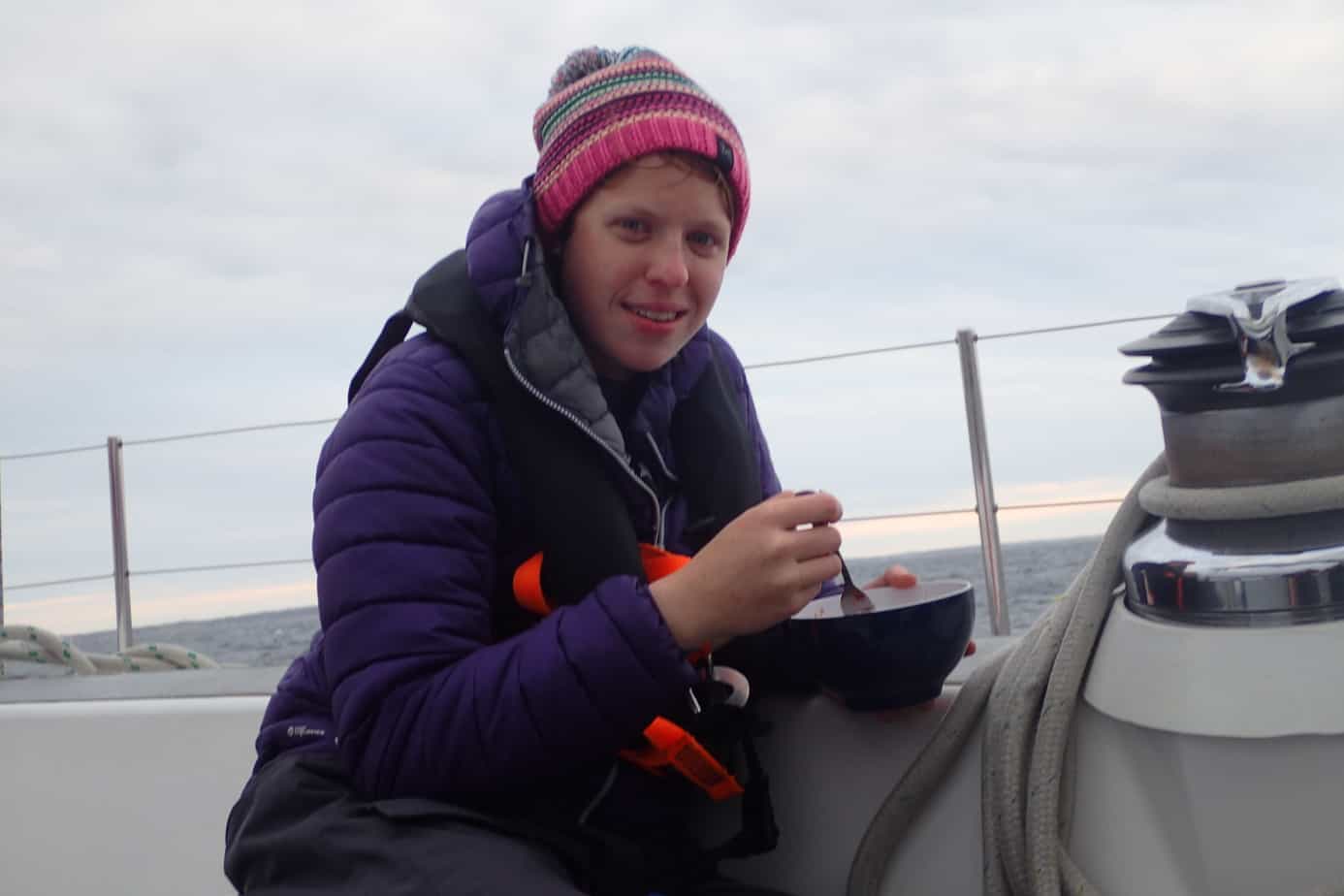 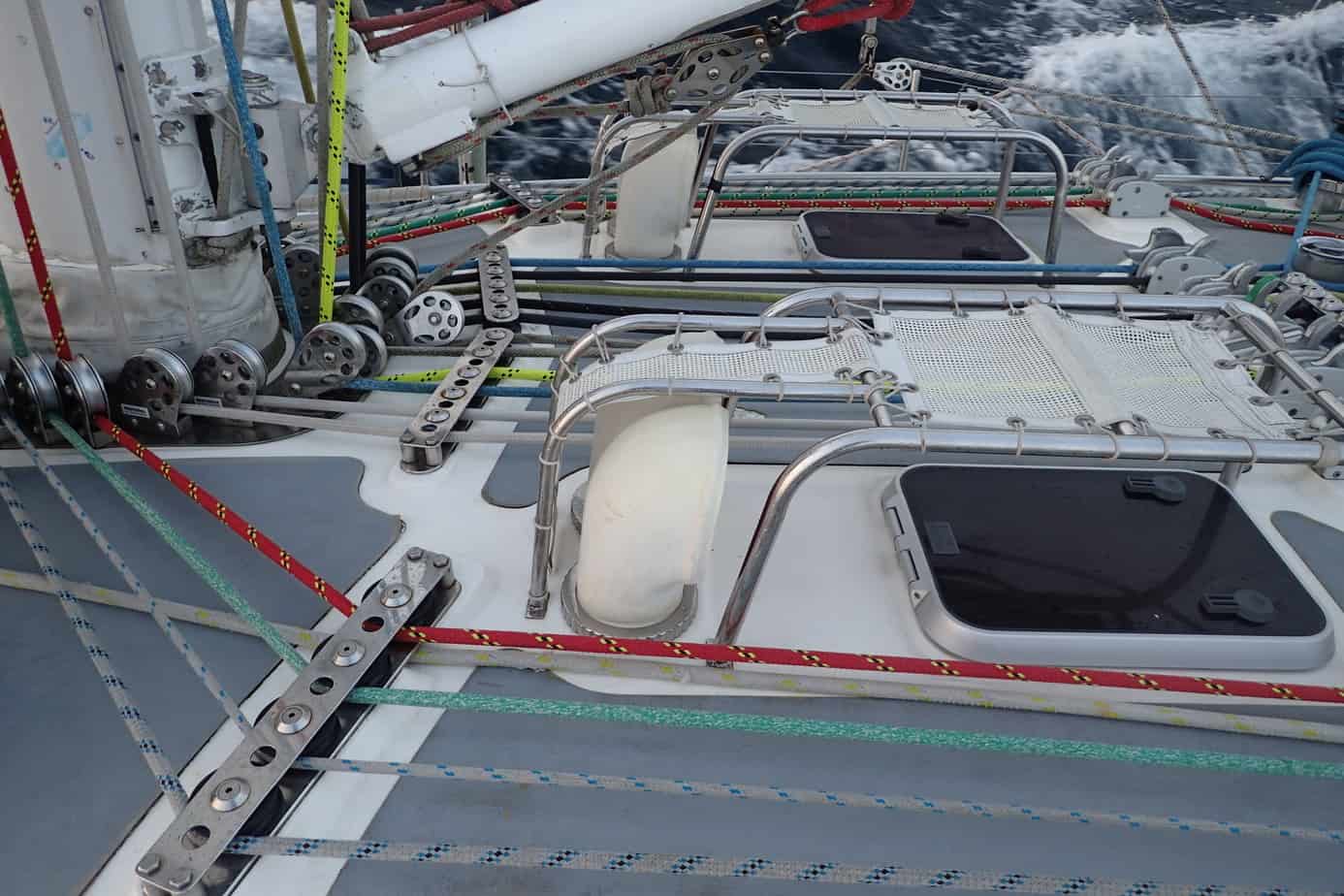 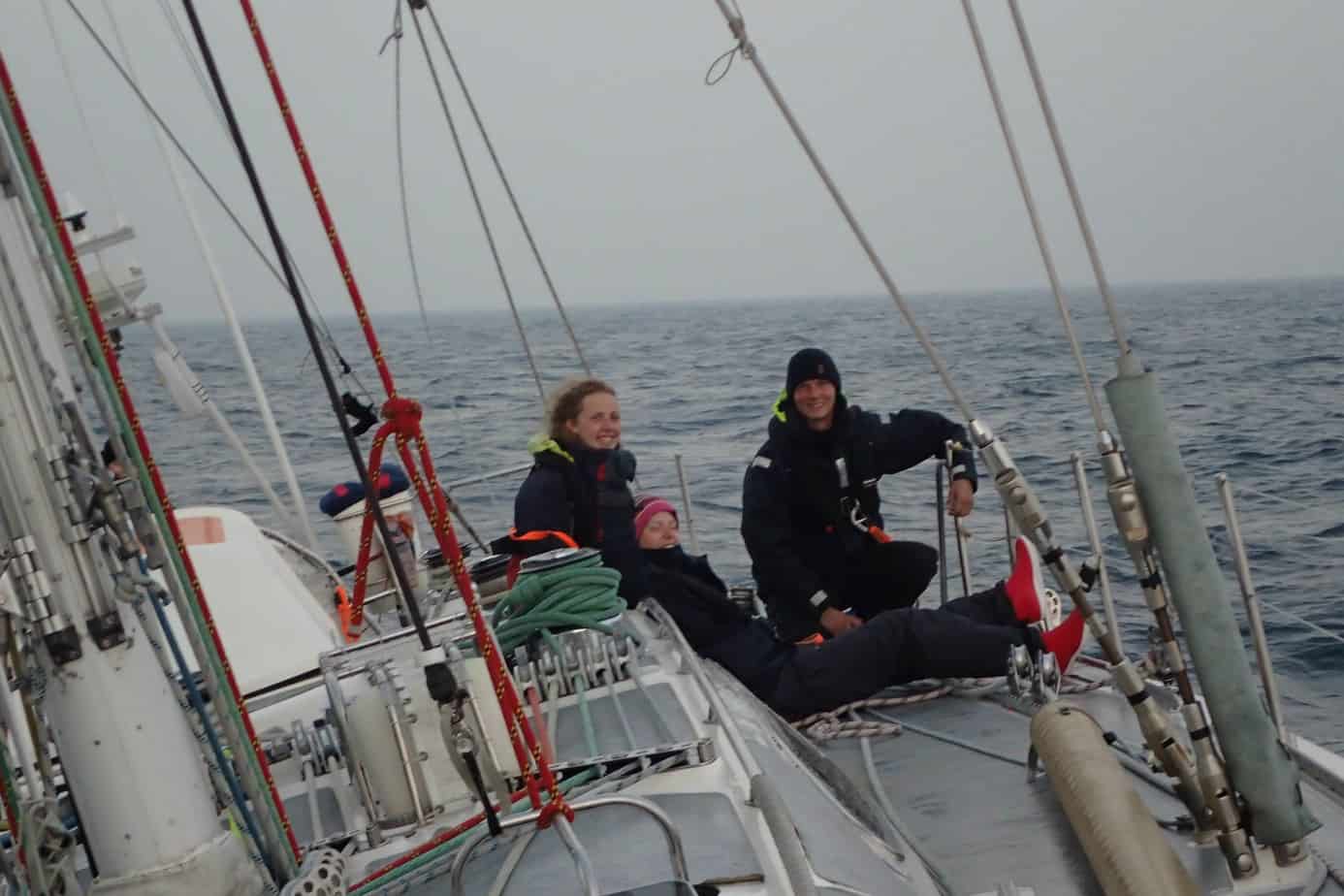