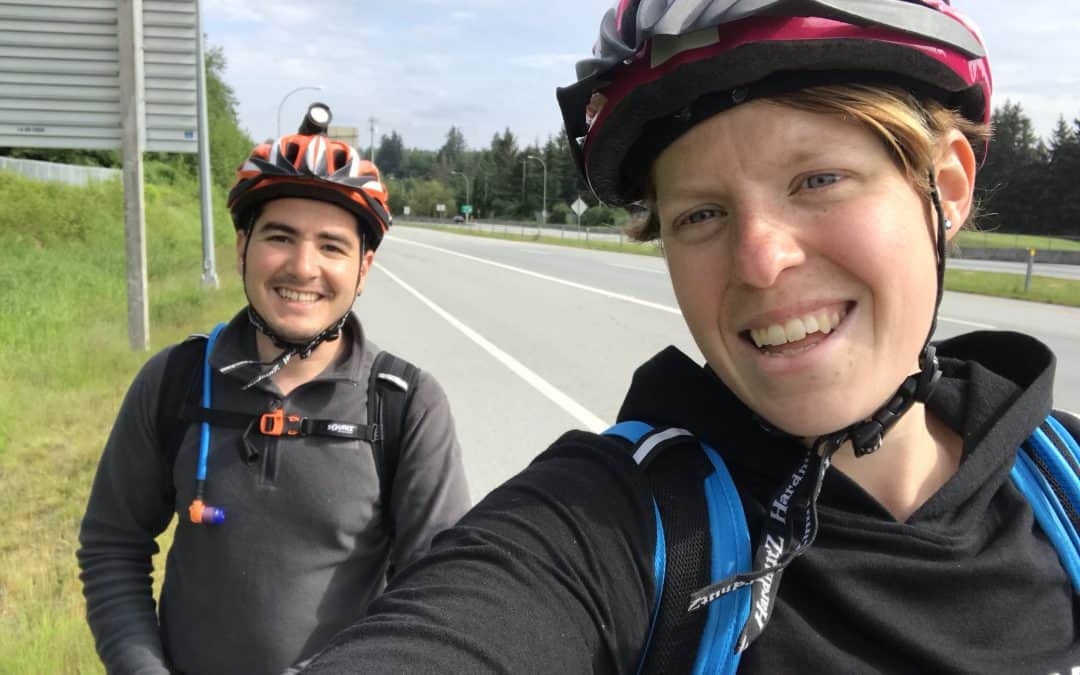 I knew I’d take away some valuable life lessons from Kicking the States but I didn’t expect them on day 1. Never plan to catch an early morning flight the day after a wedding. Or maybe the lesson is don’t get drunk if you have to get up the next day at 5am for a flight. Either way I was feeling pretty rough on my flight to Vancouver and have vowed never to drink again. Watching our good friends Sian and Phil tie the knot and curing my hangover had been a good distraction from my building nerves. Suddenly this big expedition that we had been planning for months was here. 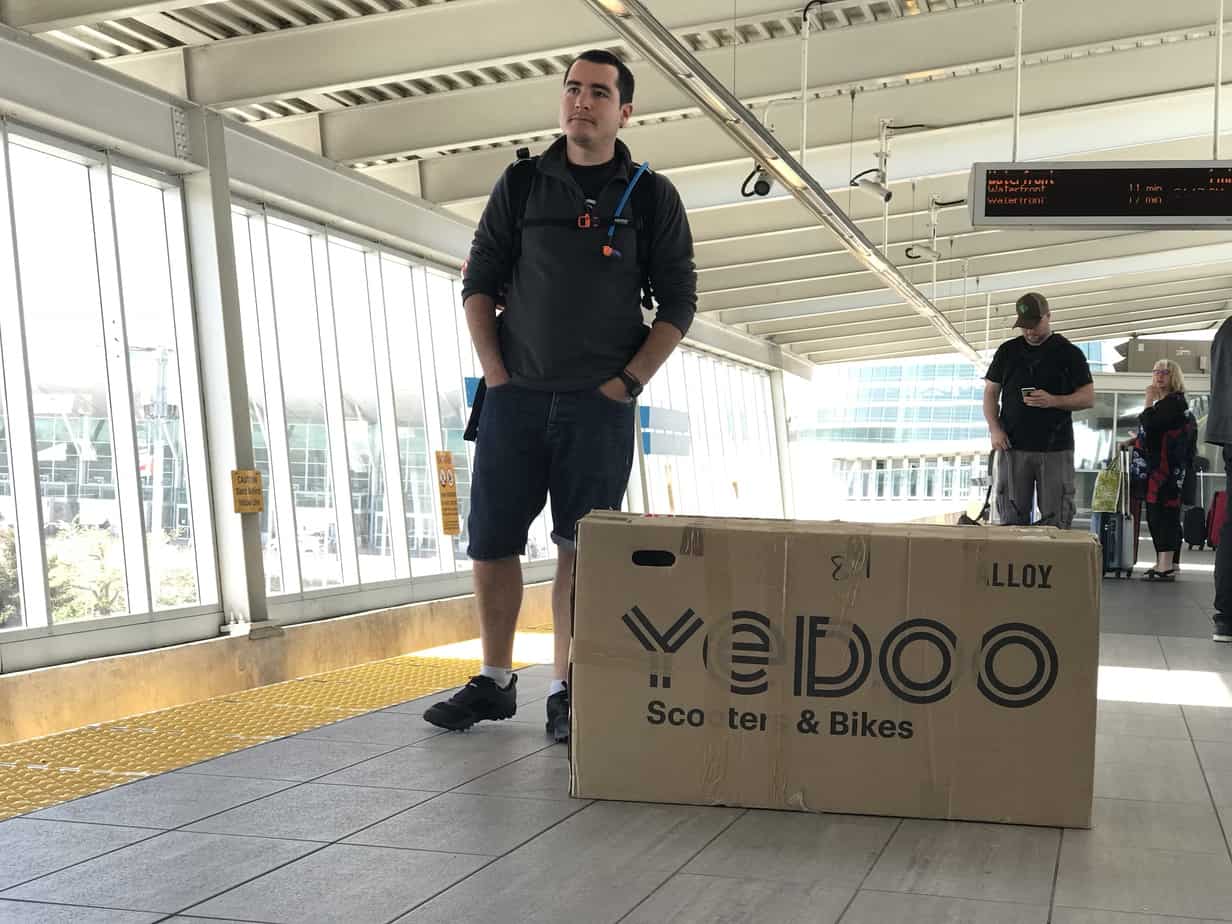 Touch down in Vancouver

It felt really strange landing in Vancouver (my first time in Canada). We got the train then the ferry to Deep Cove to meet a lady who we’d never met before but who had offered to put us up for a few nights while we got ready. Within 5 minutes of meeting her and her family I felt completely at ease. They were so warm and friendly. Their house backed on to the water overlooking the most incredible view. Within half an hour Gil was out sipping with the youngest family member and afterwards we were treated to a BBQ. 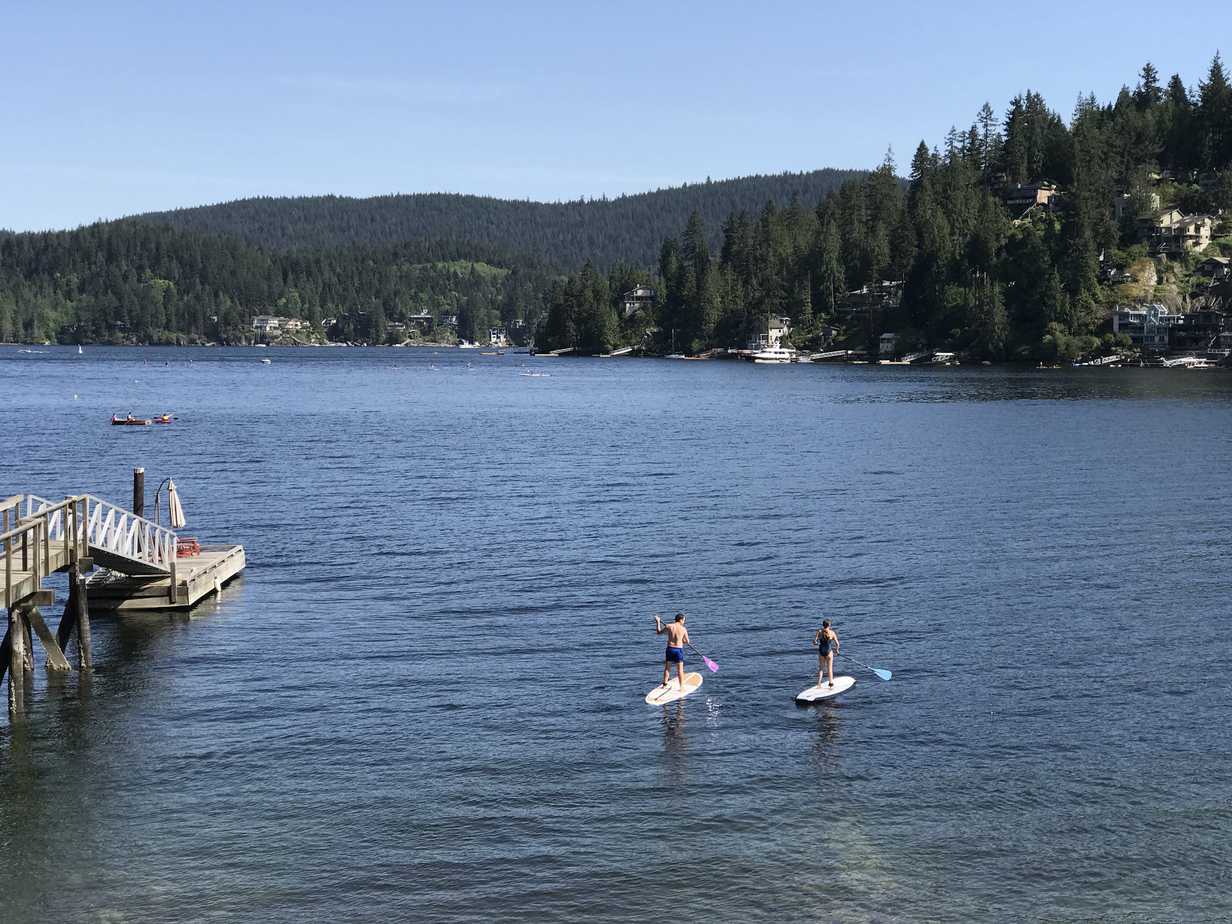 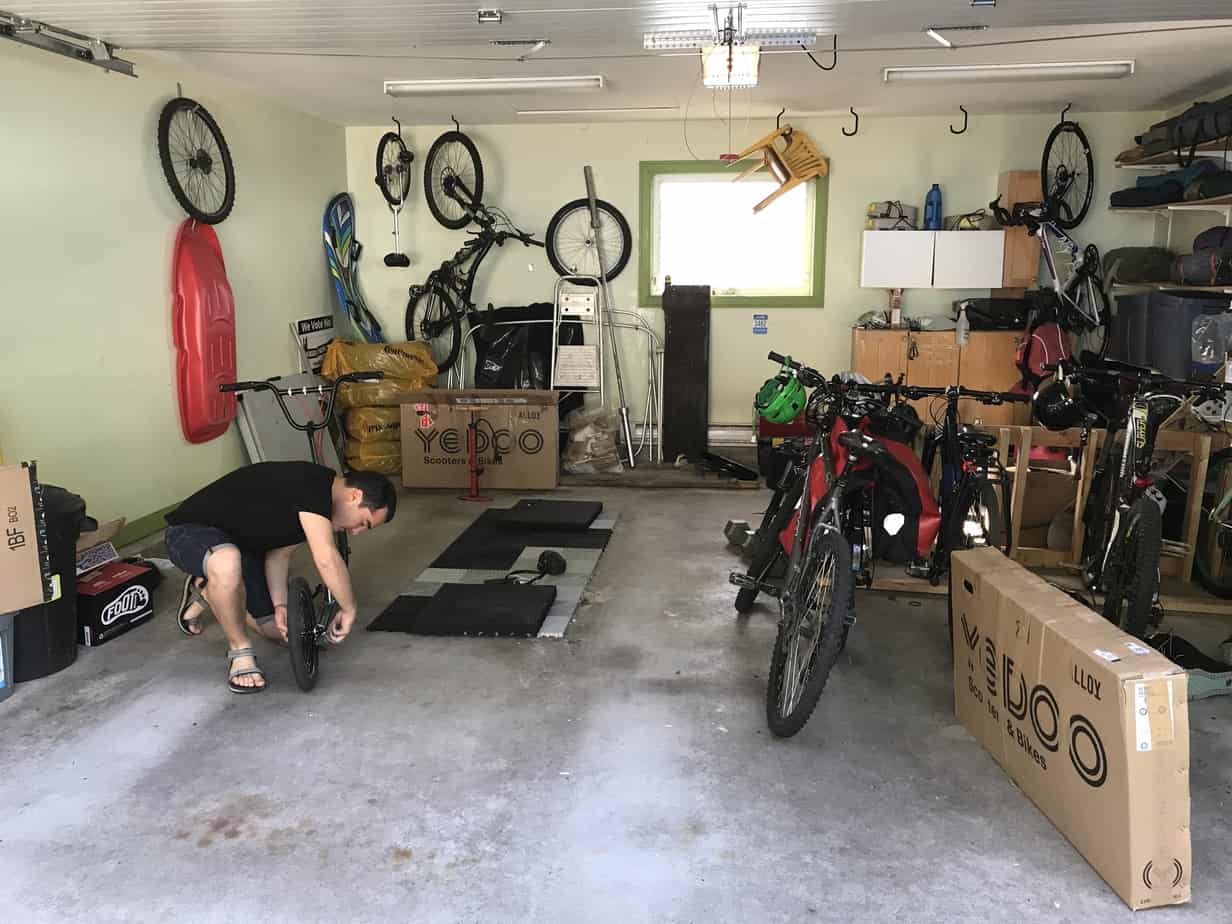 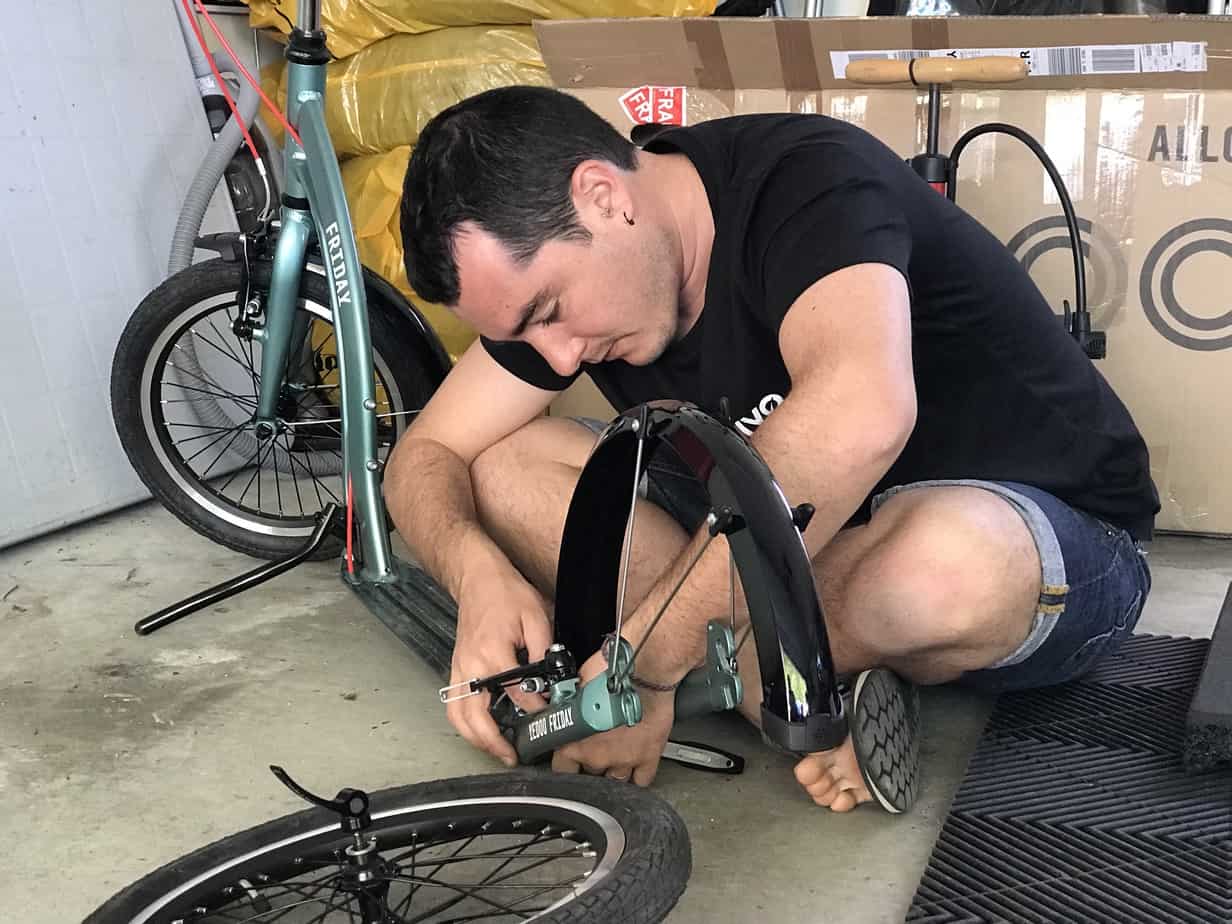 We had planned to have 3 days here before beginning the scoot. We still had lots to organise – putting our Yedoo scooters back together (we flat packed them for the flight), finalising accommodation and talks along the way, replying to newspapers and press that wanted to cover our story….along with all the usual social media, blogging and keeping on top of emails!!

We took a day off to head into downtown to be tourists for a day. I’ve made this a rule en route that we take a day off every so often from the challenge and fundraising to put down our phones and actually see the places we pass. We hired bikes to cycle around Stanley park and then awesome guys at Vancouver Water Adventures took us on a speedy RIB boat to explore the surrounding area. It was so much fun.

READ  How to go in the snow....and other advice for Arctic & Polar conditions

As they said on the tour, the best thing about Vancouver is what surrounds it….the views are just SO lush! 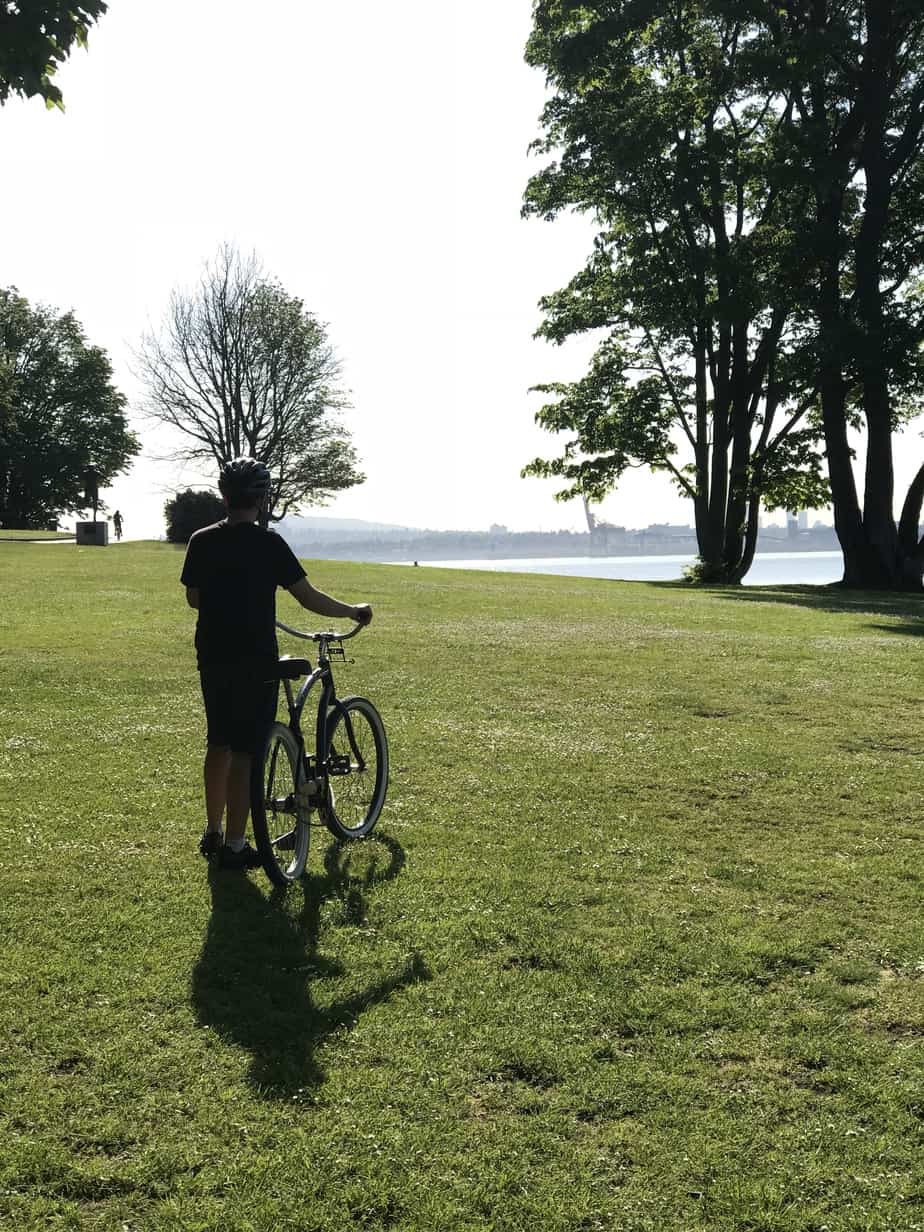 Getting kitted up for our boat tour! 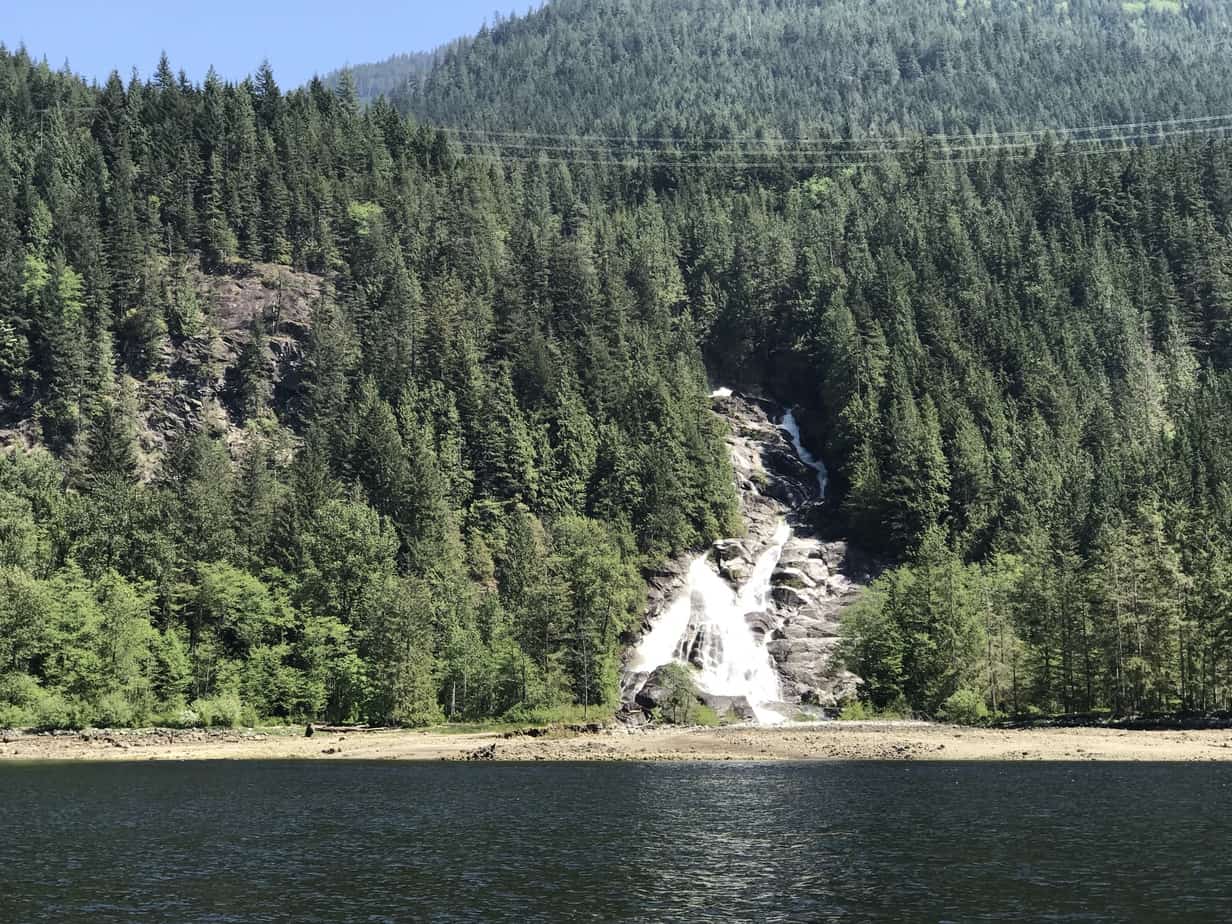 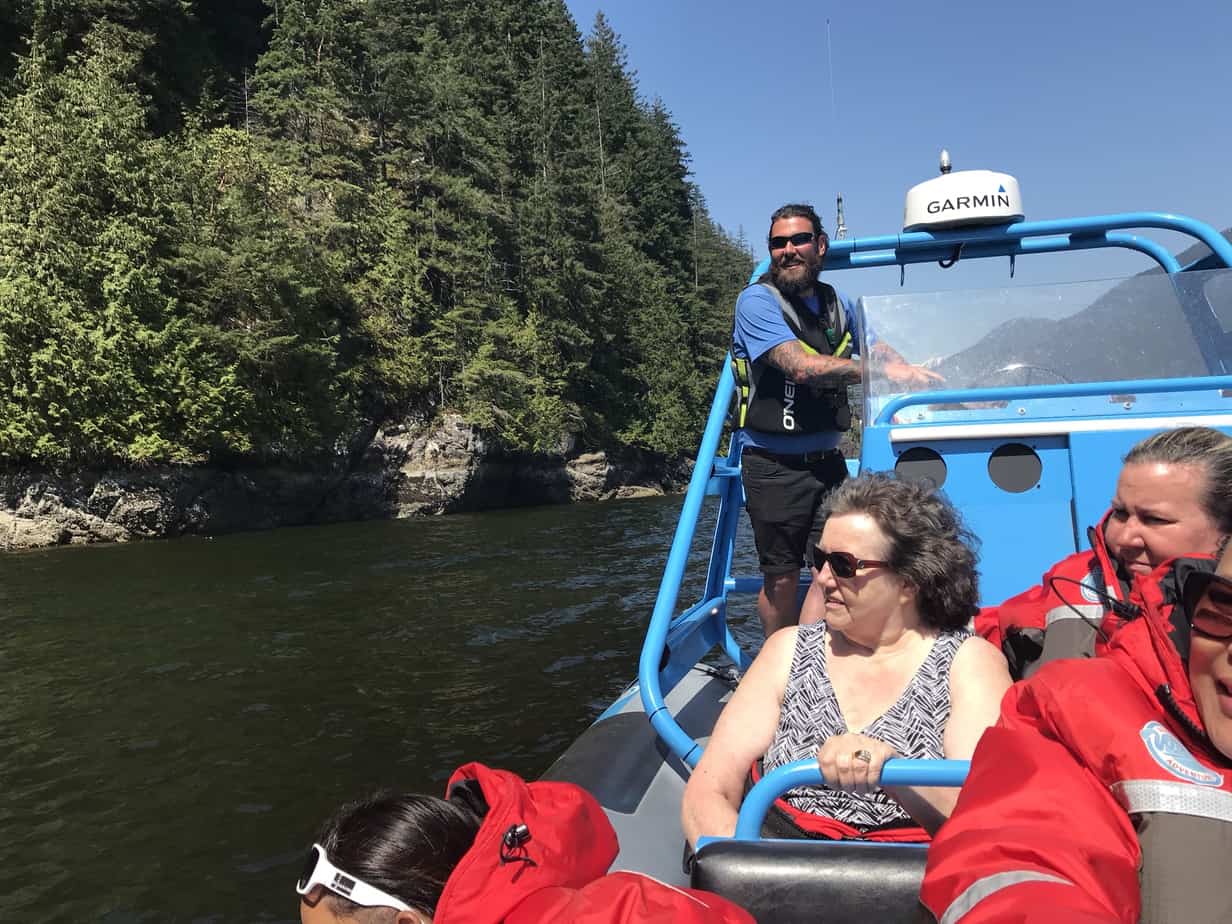 We spent our last night with our host family celebrating a 13th birthday full with games and cake. It’d been such a lovely few days and I’d really fallen in love with the area and the people. Maybe we’ll just stay here for 3 months?! 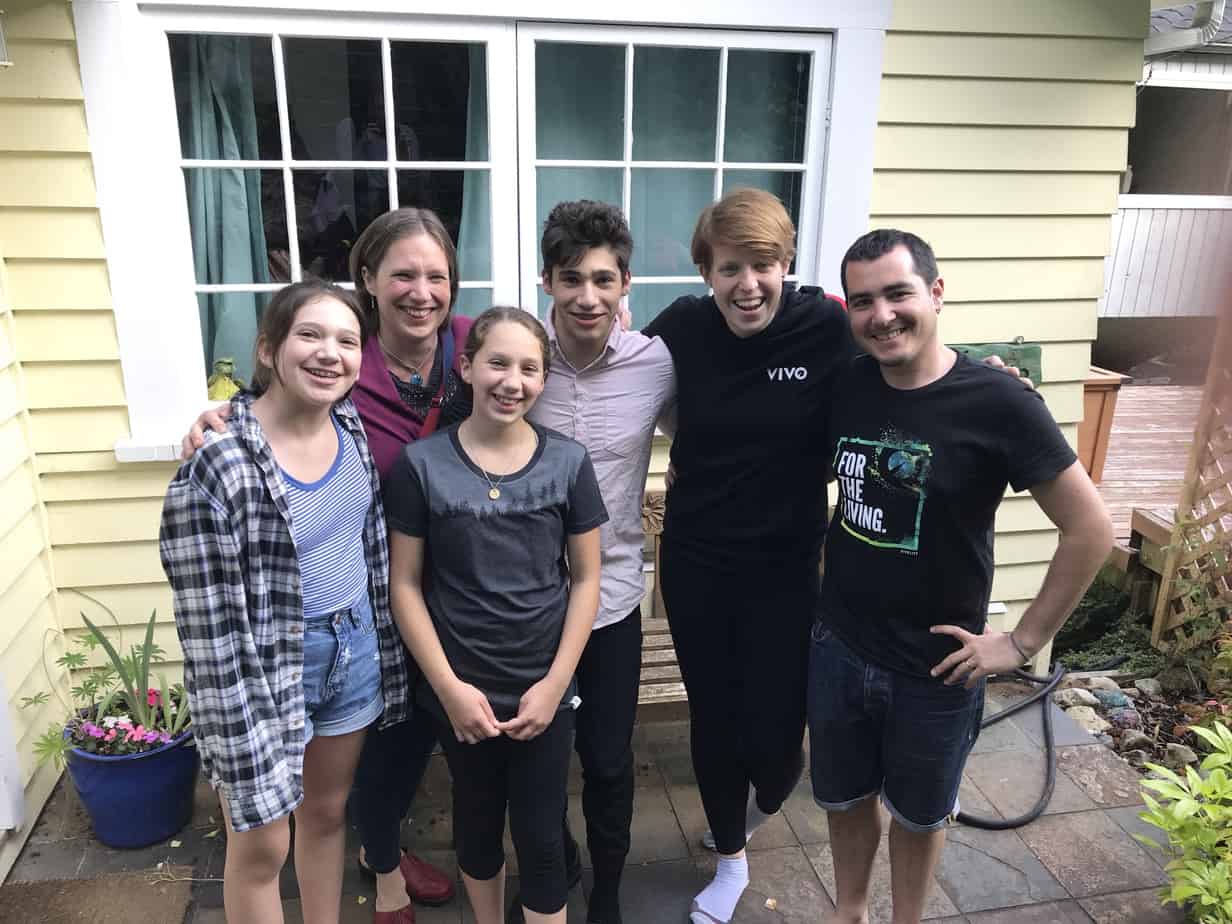 I woke up feeling really nervous about starting Kicking the States. We hadn’t done any training or tested our scooters out (the best way to have an adventure!) so there was lots of uncertainty. How would we work out where to sleep each night? Could we cover the distances we need to? Would the panniers work alright? Would I hate every moment???

A journalist and photographer met us in the morning at Canada Place which we decided was our start point. 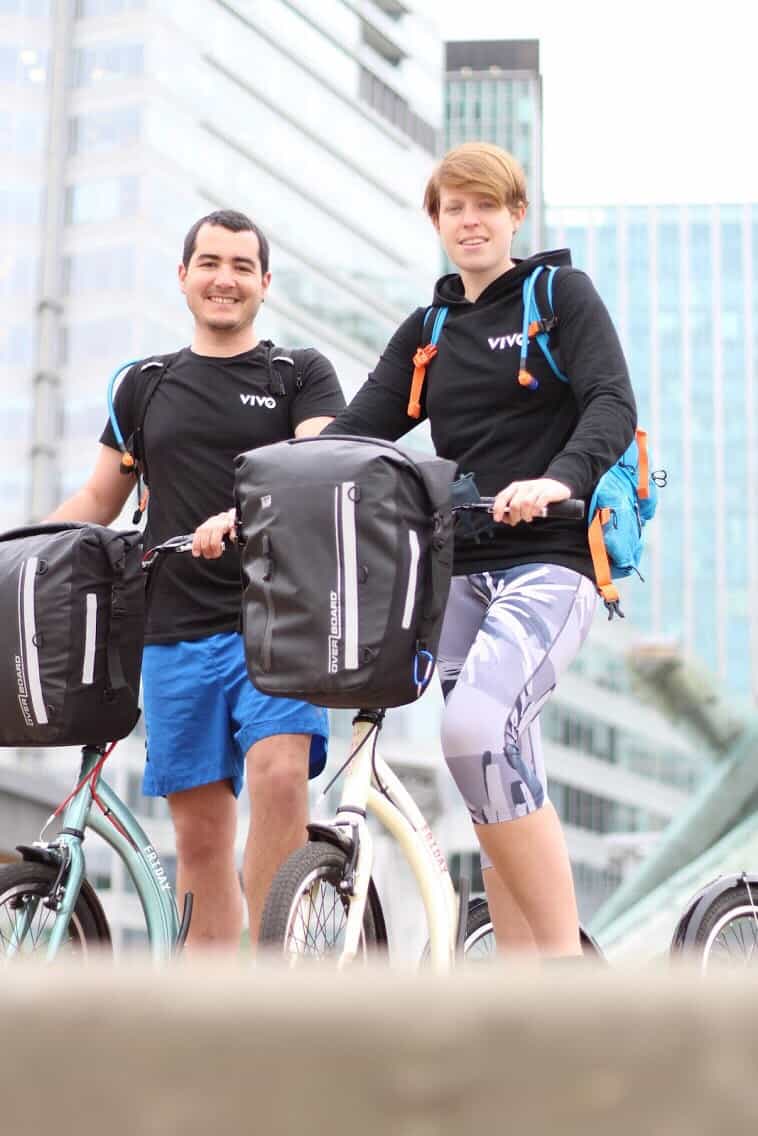 The first day scooting was 39km and exactly how I thought it would feel – new and strange on the body. The first part zigzagging through the city went quite fast but the second part of the day then felt really long. We found ourselves in an industrial area on a winding road being passed by big trucks. It was good practice for managing ourselves with the traffic and we adopted the same stance as a cyclist as there was no hard shoulder, owning the road so drivers are forced to over take rather than trying to pass with little space. 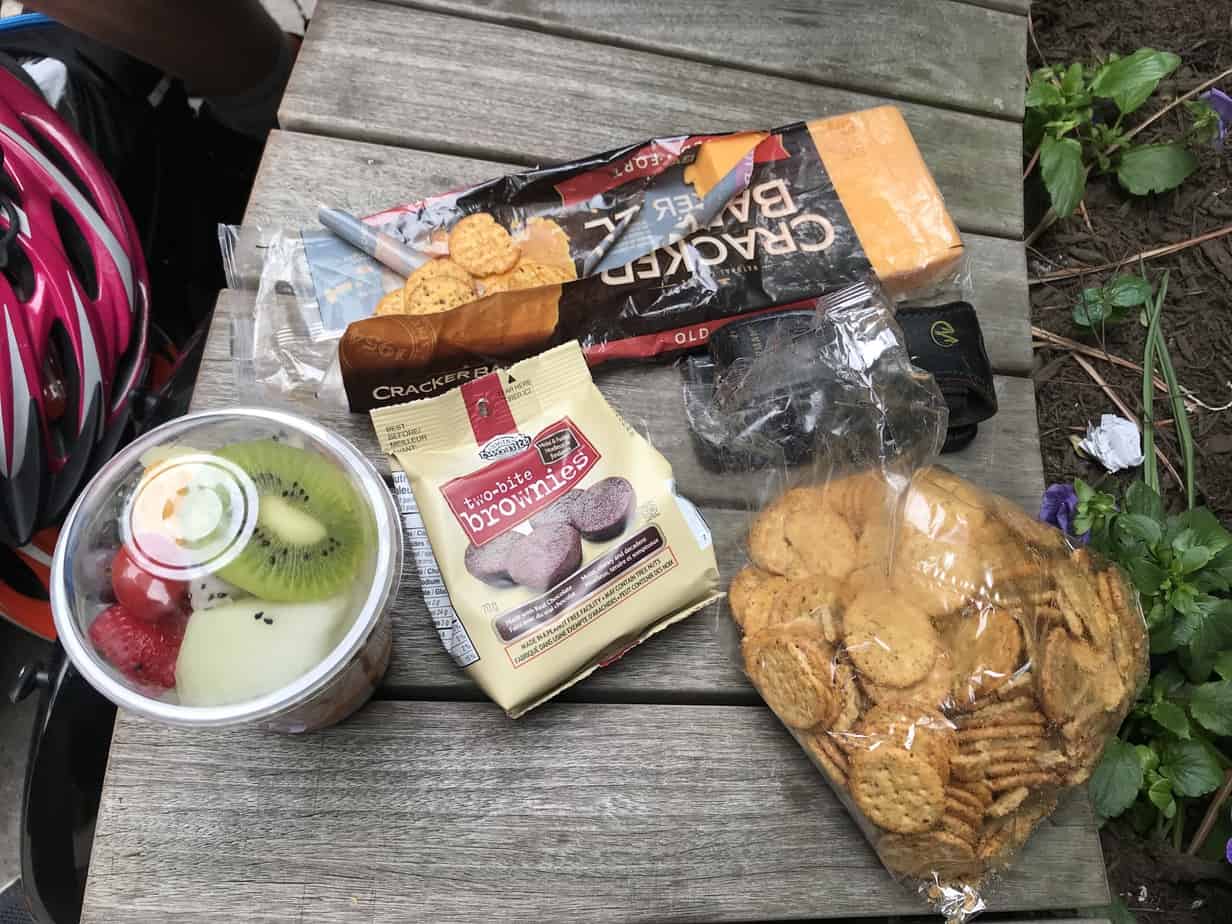 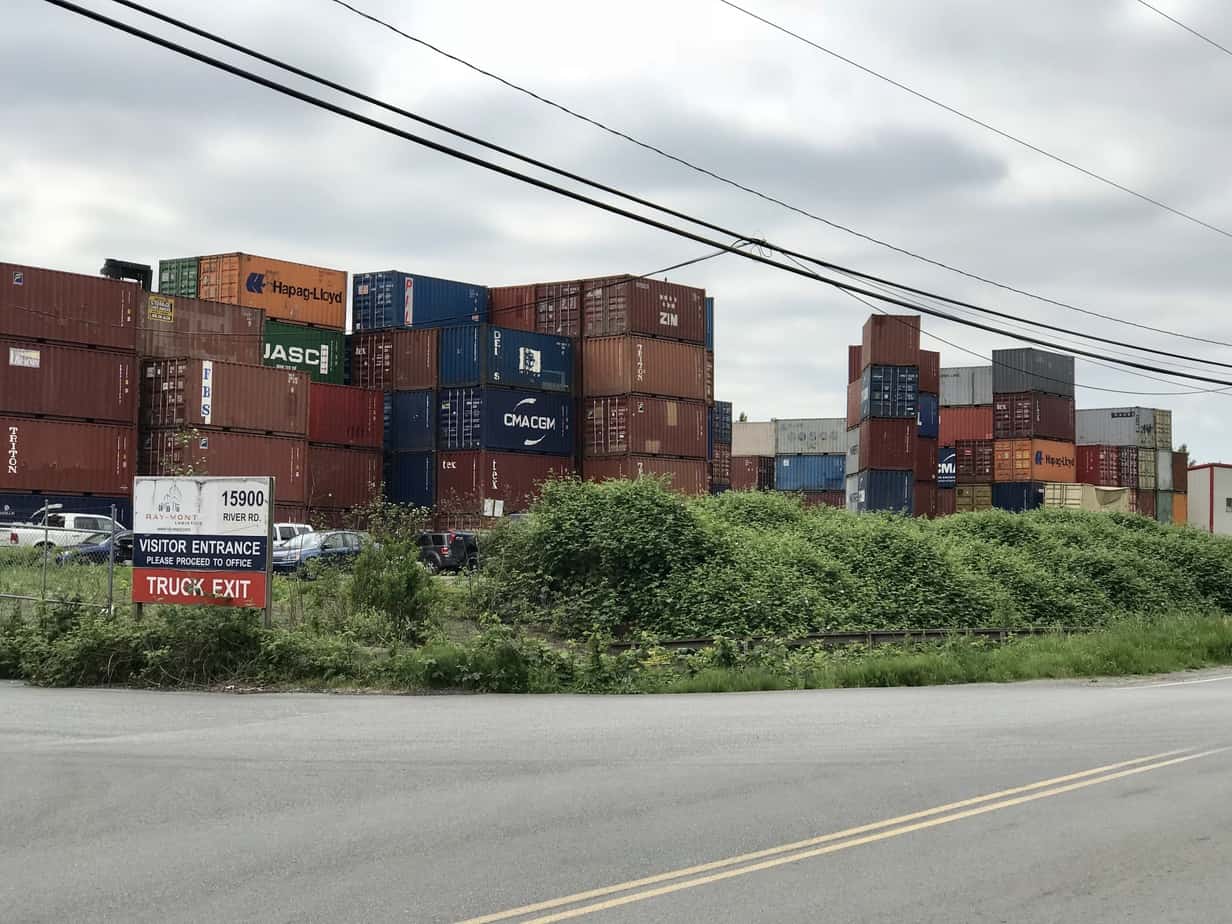 Our end point of the day was in Surrey and to reach it we had to pass on a highway over a huge bridge. The cycle lane was attached separately to the main bridge so it felt like it might just fall off. There was a gap either side so I could see how high we were getting and every so often the plate we were on was warped and would drop a few inches when we stepped on it. 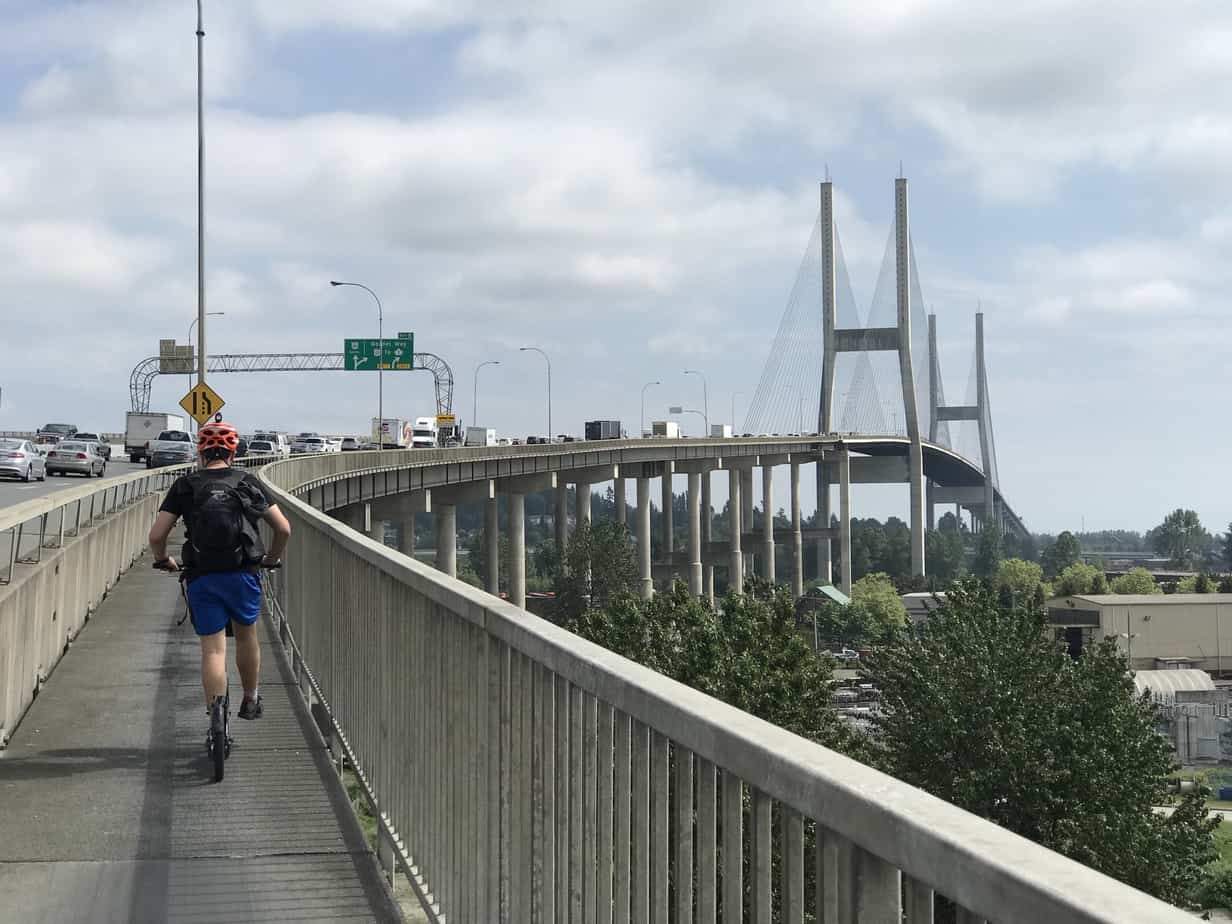 It took about half an hour to push our scooters up and whizz back down the other side.

I was happy when it was over!

Our home for the night was with Sheryl. She is registered with warm showers – a network of people who are willing to host cycle tourers for a night either with a spare room or camping in the garden. We figured we come under the cycle touring category. We downloaded the warm showers app, saw Sheryl was en route and dropped her a message to ask if we could stay a night – she said yes!

Not only did Sheryl give us a comfy bed and a hot shower but she also prepared us the most delicious home cooked meal. She’s a teacher so we chatted lots about the profession, comparing the different systems in our countries. 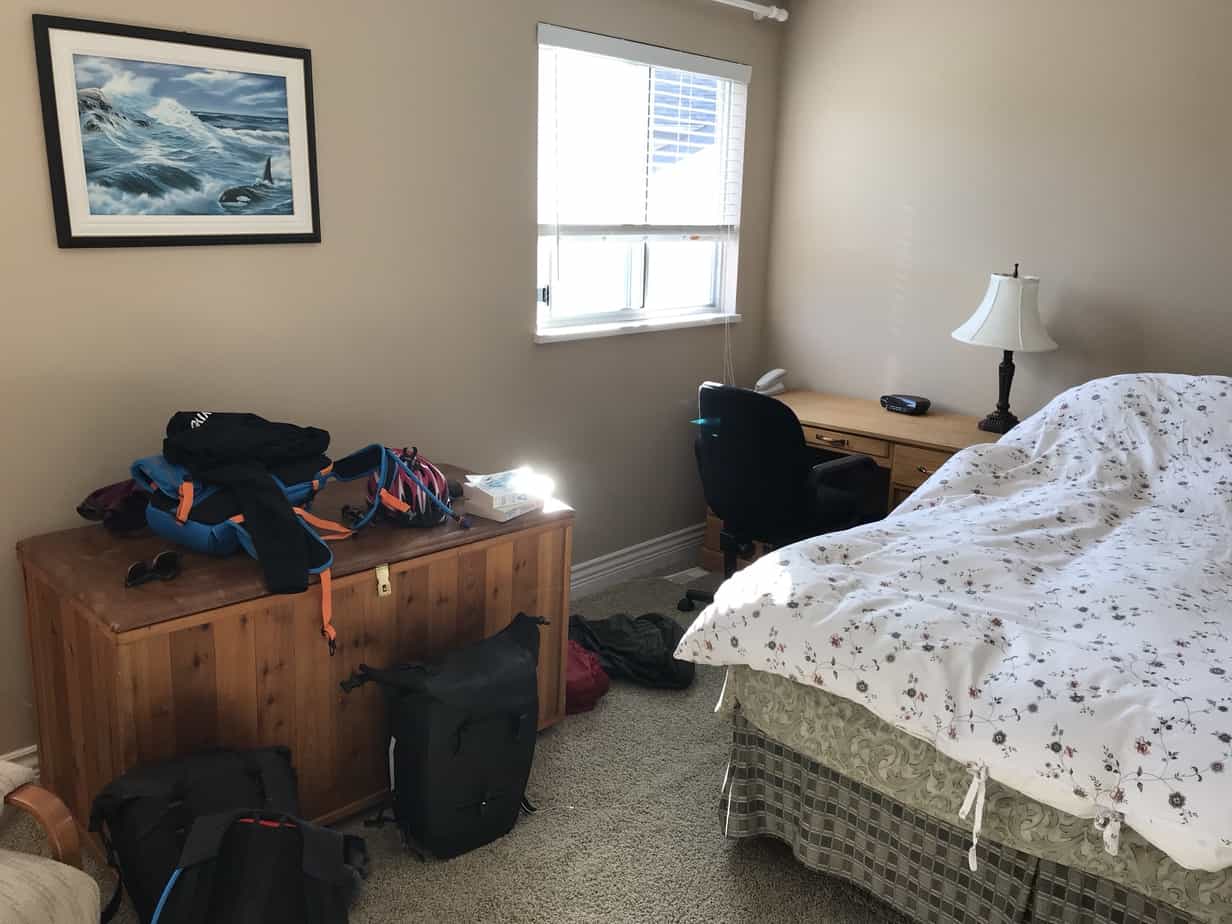 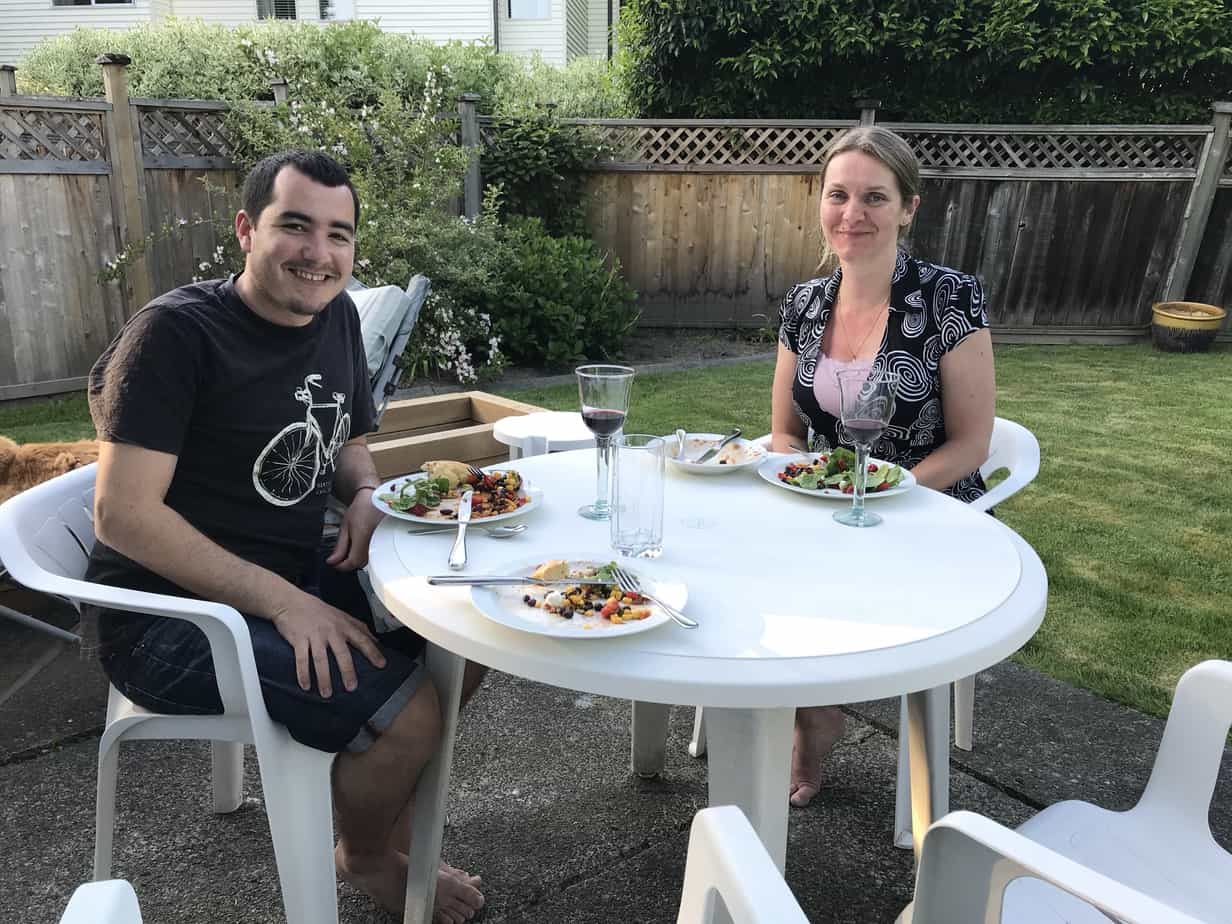 I was a bit nervous about warm showers and had prepared myself for sleeping in some sort of dirty drug den being hosted by a creepy axe murderer character. Our first experience though was great in a gorgeous house with wonderful company. We didn’t have anywhere to stay for our second night so we dropped a message to a place that was 52km away thinking it was probably too last minute. Straight away the family cake back and said yes. Amazing!

My body was sore setting off in the morning so I tried not to think of the huge day ahead of us. We reached the border in good time though.

I’d never heard of Peace Arch before but lots of people were taking photos….it must be famous so I got my pic as well! There was a group of young Japanese’s tourists who also wanted a selfie….they probably recognised me from my world famous blog.

READ  5 ways the Arctic changed me 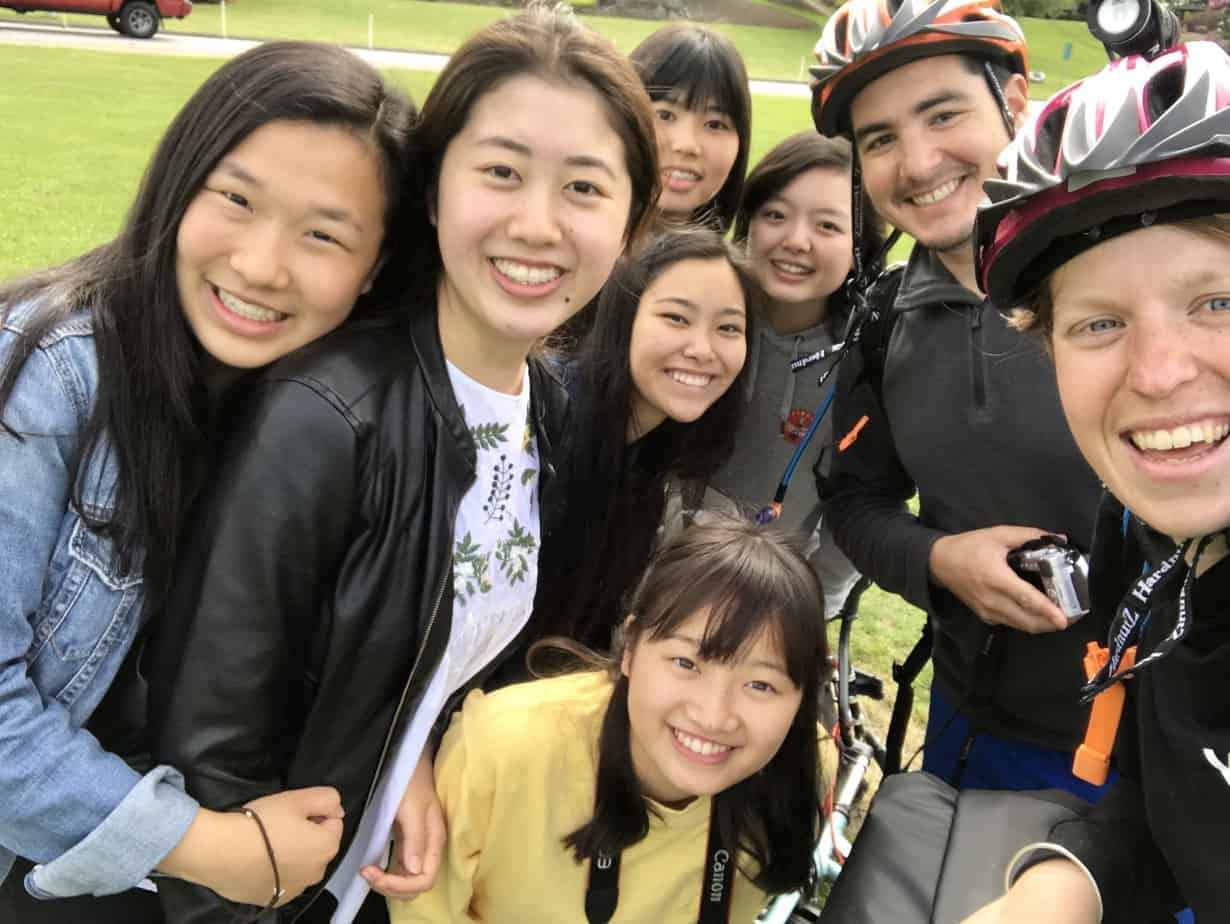 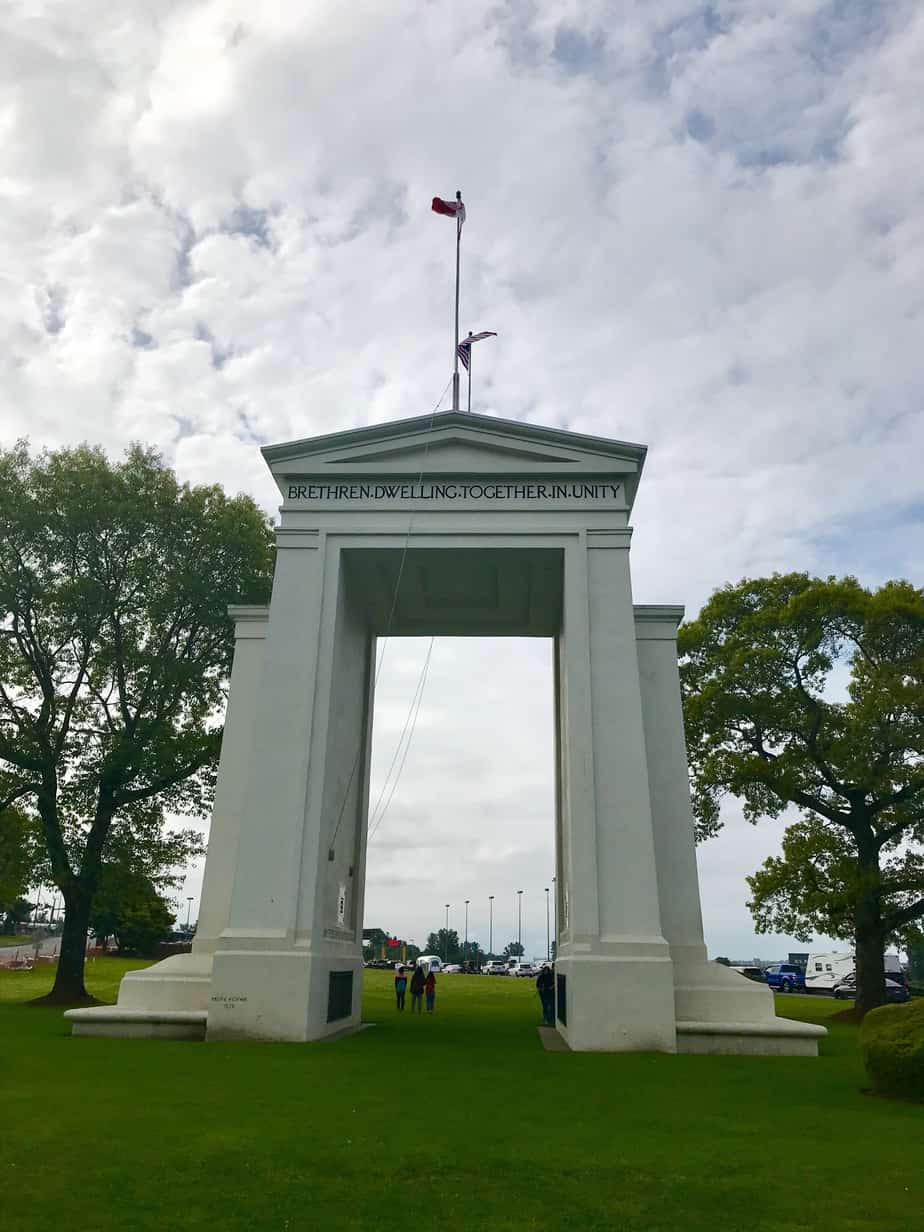 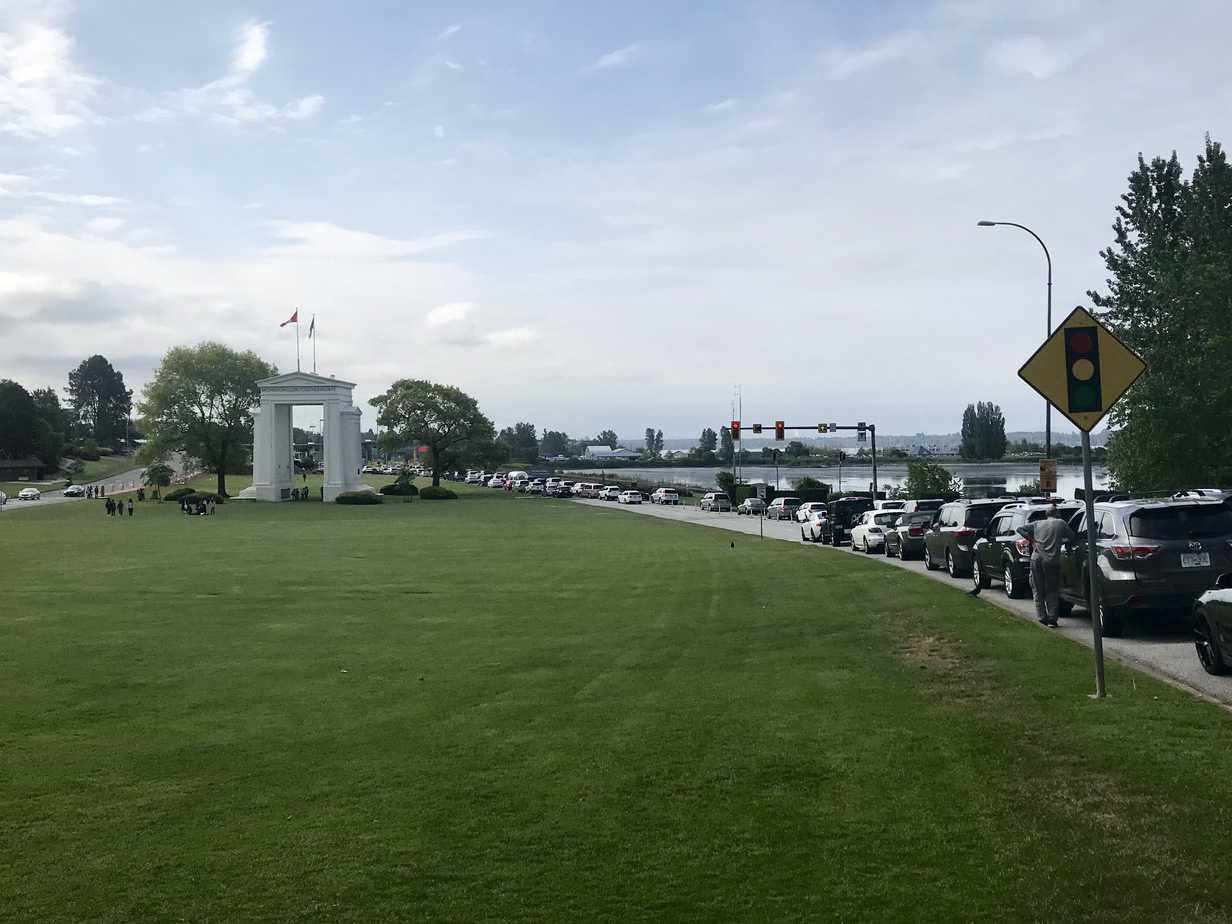 It was fun by passing all the cars. The visa process took an hour as we were interrogated about our weird trip and intentions. We had a ‘good cop’ and a ‘bad cop’ speaking to us – “don’t you outstay your visa” the ‘bad cop’ kept barking at me, “it’ll then be a federal matter”. Guess we better scoot fast then!

At last they stamped our passports and sent us on our way.

We were in America! 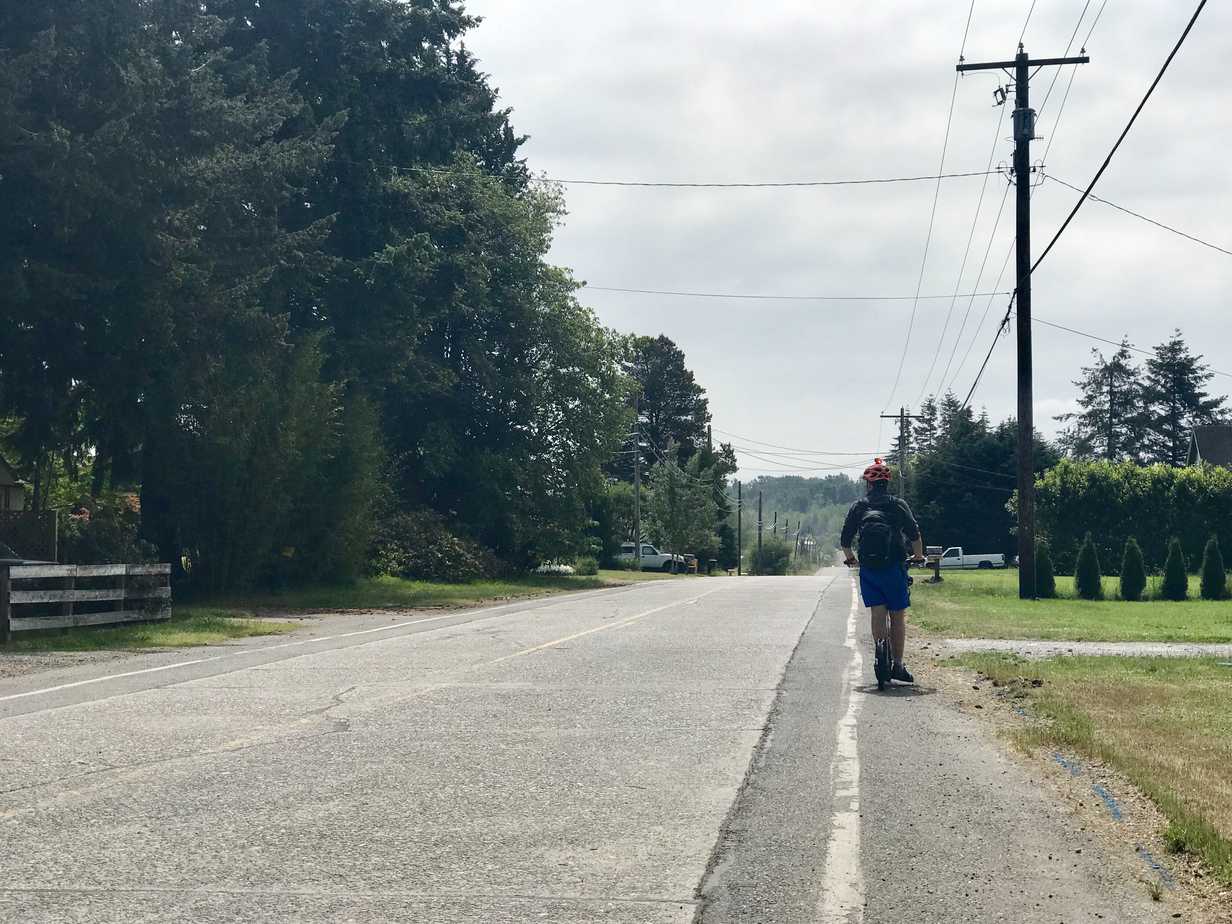 Near the end of the day I suddenly got attacked by hunger so we stopped in a supermarket so I could grab a snack and food for that night while Gil watched the scooters. The supermarket was HUMUNGOUS. The freezer section alone was the size of my usual Sainsbury’s back home. I wandered aimlessly feeling so overwhelmed and stressed with the options. After about 15 minutes and still without anything in my basket I panicked and purchased a slice of red velvet cake which was the size of my head.

Gil then went in for a second attempt while I ate the cake and then sat feeling annoyed because I hadn’t wanted to eat the whole thing and now felt sick.

It took him about half an hour but Gil returned with sweet potatoes and a salad for dinner. Good work!

Our hosts for the night were out so they just left their house open for us. We were sleeping in a cabin at the end of their garden but used the house to shower and cook first. So trusting! We even managed to watch a film on Netflix before bed. It was good to switch off for a bit. I fell asleep at 8.30pm….this scooting business is tiring!! 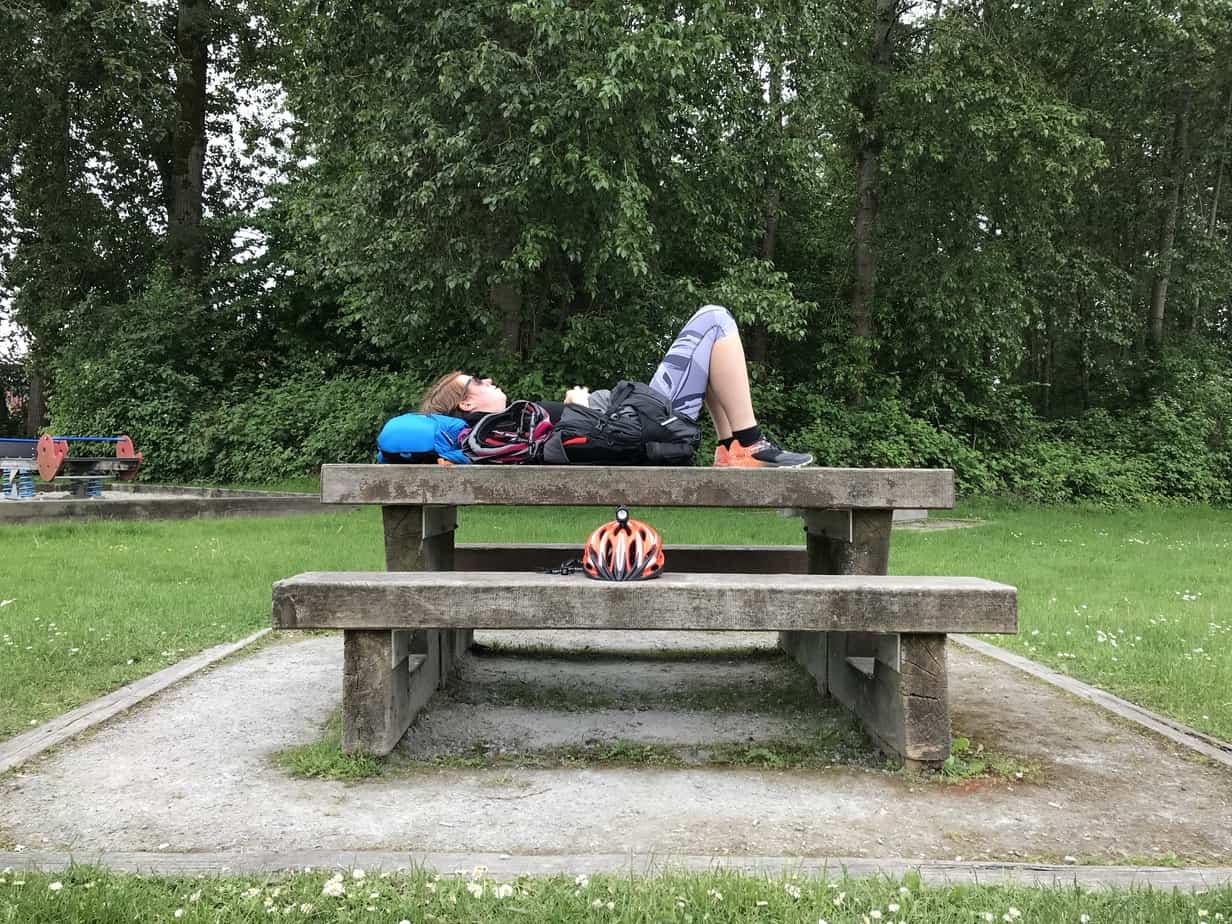