Scoot the Loop – Nice day for a bike ride 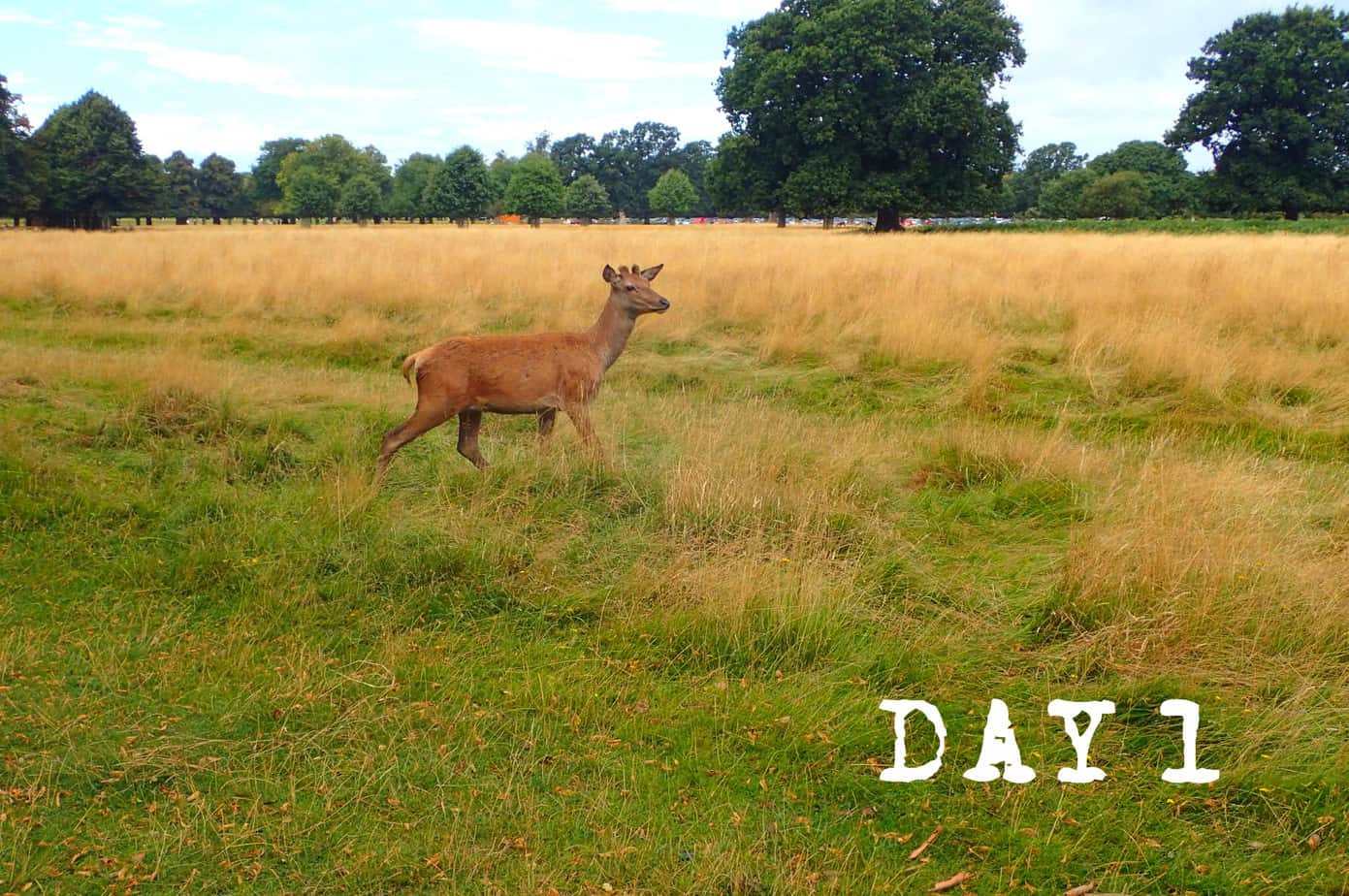 Although I managed to get to sleep no problem and crashed at 11.30pm, I was up at 5am feeling nervous about Scoot the Loop. I gave up trying to go back to sleep at 7.30am so got up, showered and did one final check of my emails. For breakfast I ate a humungous portion of Greek yoghurt before we headed to the station. 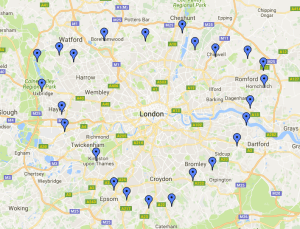 I felt really weird sat on the train in my Scoot the Loop T-shirt next to Apollo (my scooter) amongst all the suits and commuters. We got plenty of sideways glances but no one said anything until an older guy passed us and shouted that the scooters were the coolest things he had ever seen. He rushed back to his carriadge to drag his granddaughter to see them – she didn’t share his enthusiasm. 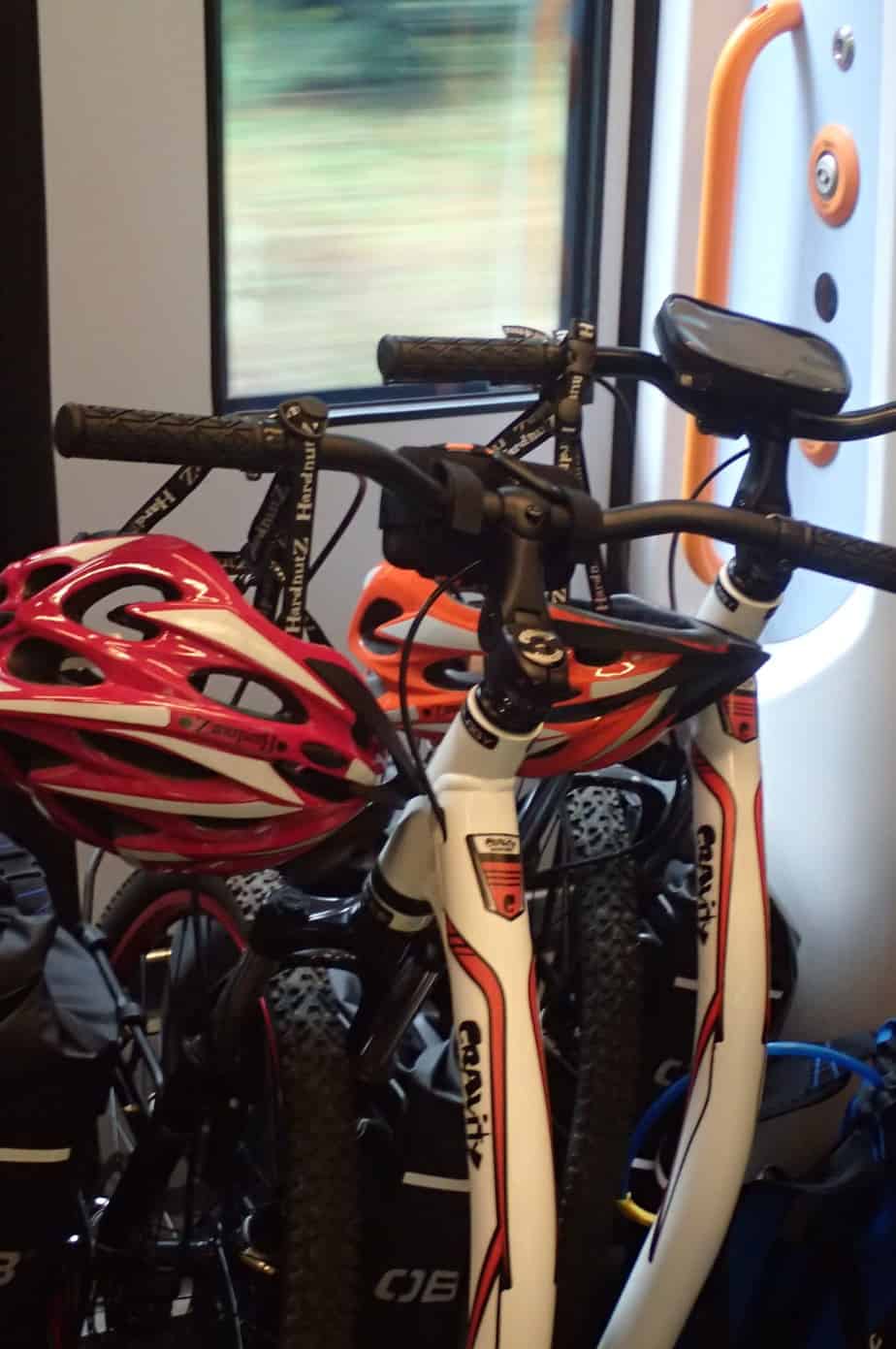 We didn’t have the best start to our trail as we managed to get lost on our very first turning by taking the wrong one. This became a regular occurrence over the next hour as we wound in and out of the busy streets and side roads heading towards Kingston, turning left, right, right, left endlessly. It soon became apparant that our biggest problem would be the trail signs. The London Loop is signposted but often very discretely. Sometimes the signs are green, sometimes black, sometimes on a wall and sometimes on a post. Sometimes they point the right way…..but a lot of the time they point the wrong way. This is probably thanks to sad people who like to spend their time changing the direction of signposts!! It’s really annoying. 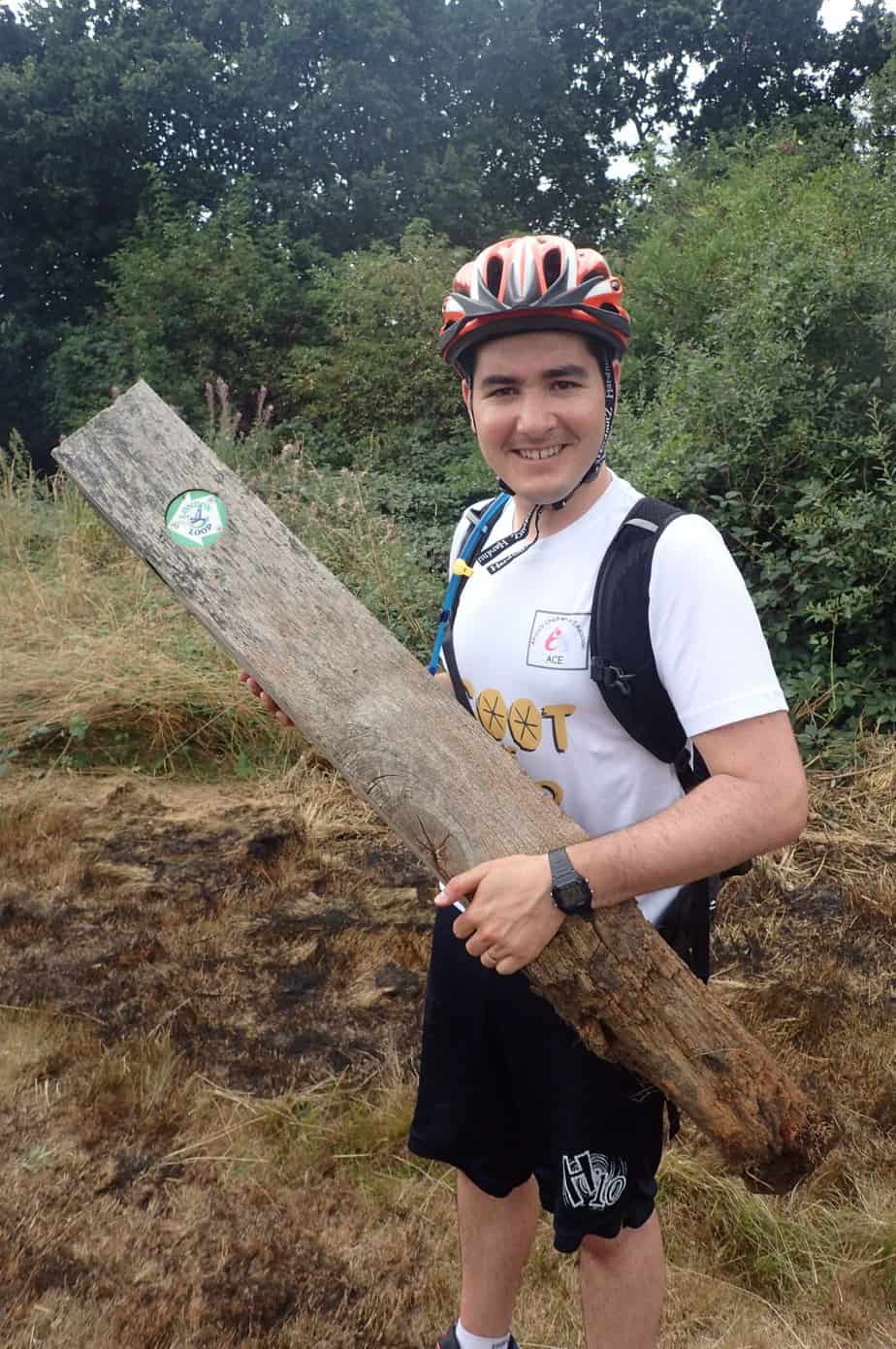 It was a relief to turn into Bushy park with its vast green space, silence and friendly wildlife where we followed a straight trail for a good 2 miles. What a stark contrast from the hustle and bustle of town. 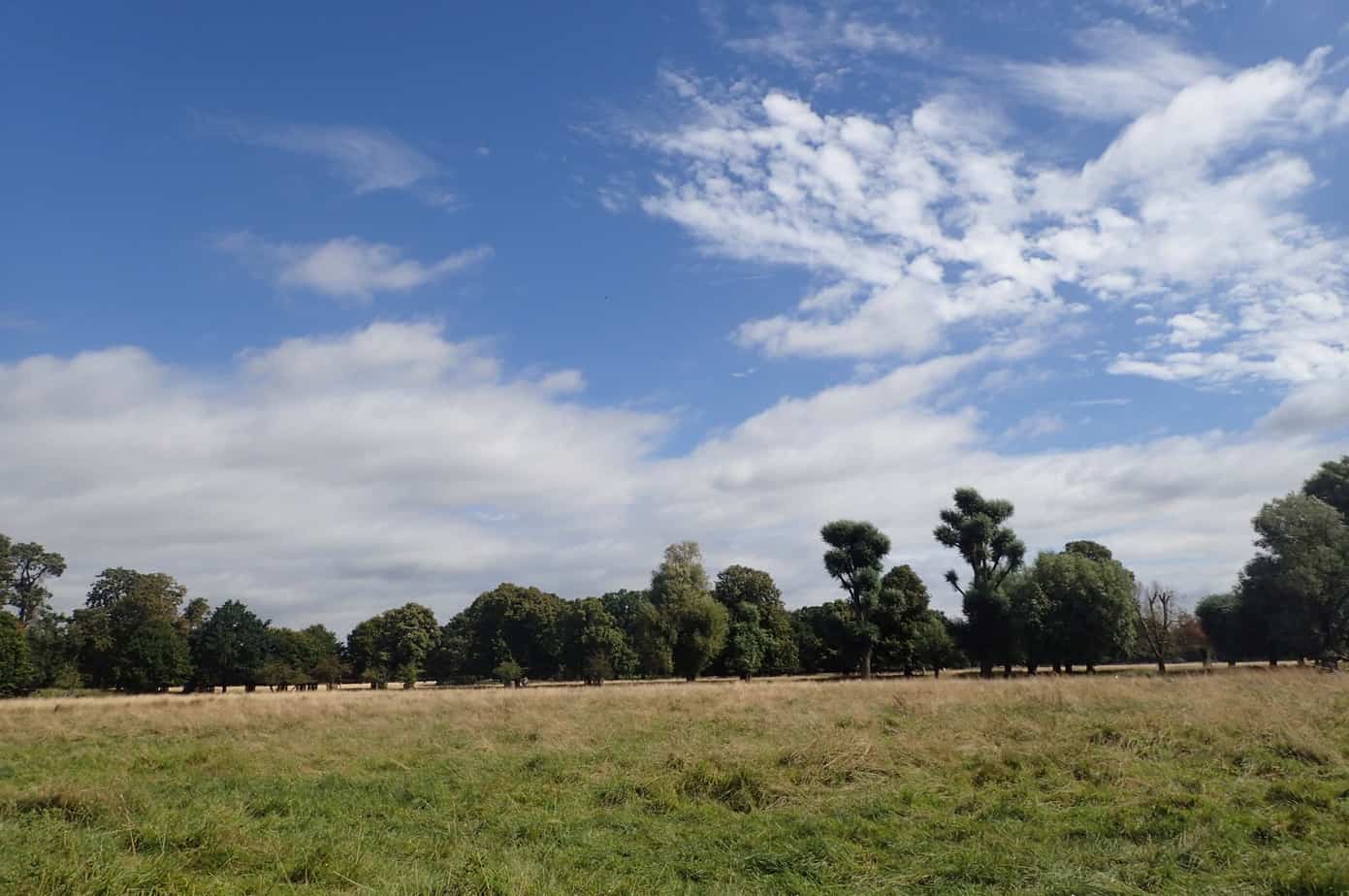 The trail then led us on a zig zag route past Hatton with all the planes flying right over our heads as they landed in Heathrow, then on towards Hayes Town. The path was very overgrown in places and avoiding stinging nettles became an impossible task. We passed the 10 mile mark and although I was a little ache (not helped but the fact that my body hasn’t recovered from a tough 5 days hiking mountains in Snowdonia last week) but for the most part my spirits and energy levels were high. This was helped massively by the endless ‘wows’ and words of encouragements from people as we passed. Many of them would stop to find out more about our challenge and our scooters and I don’t think we passed a single kid who didn’t shout ‘I want one’. And people say London isn’t friendly?!

One of my favourite moments of the day was a gentleman declaring to us ‘Lovely day for a cycle ride’ at which I replied ‘It certainly would be’. He double took as we whizzed past and almost walked into a tree. Our scooters are certainly causing a stir. 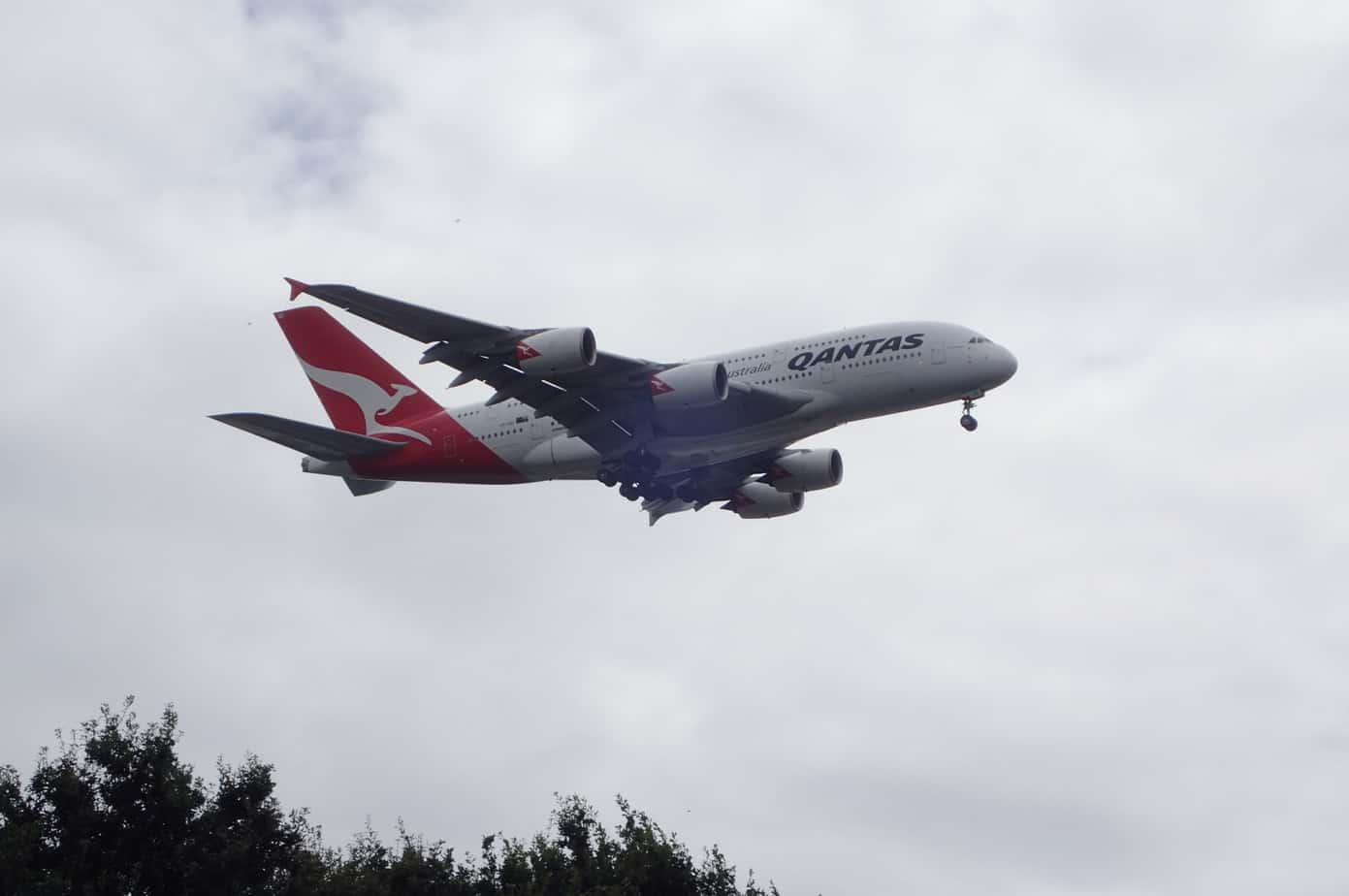 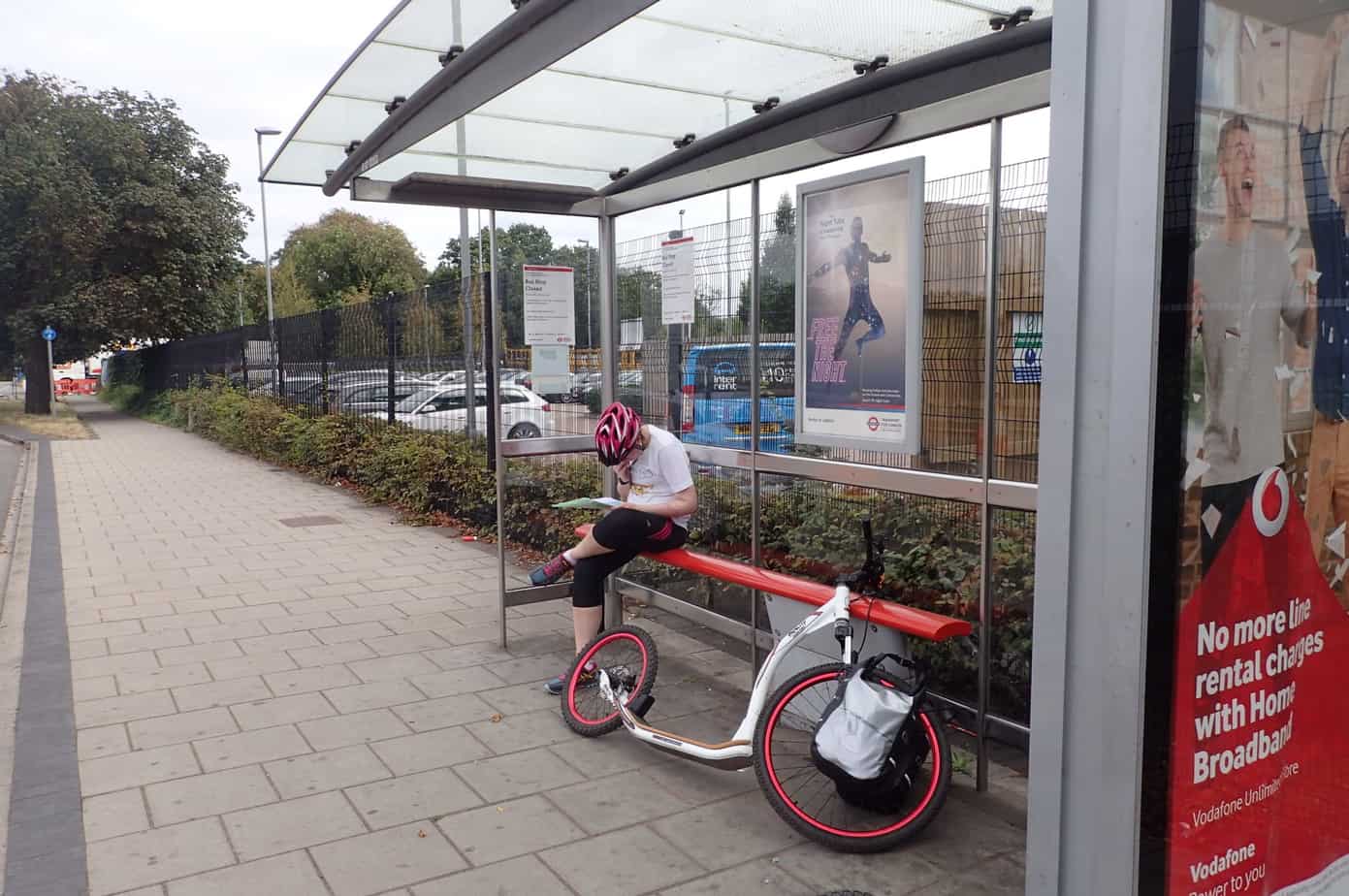 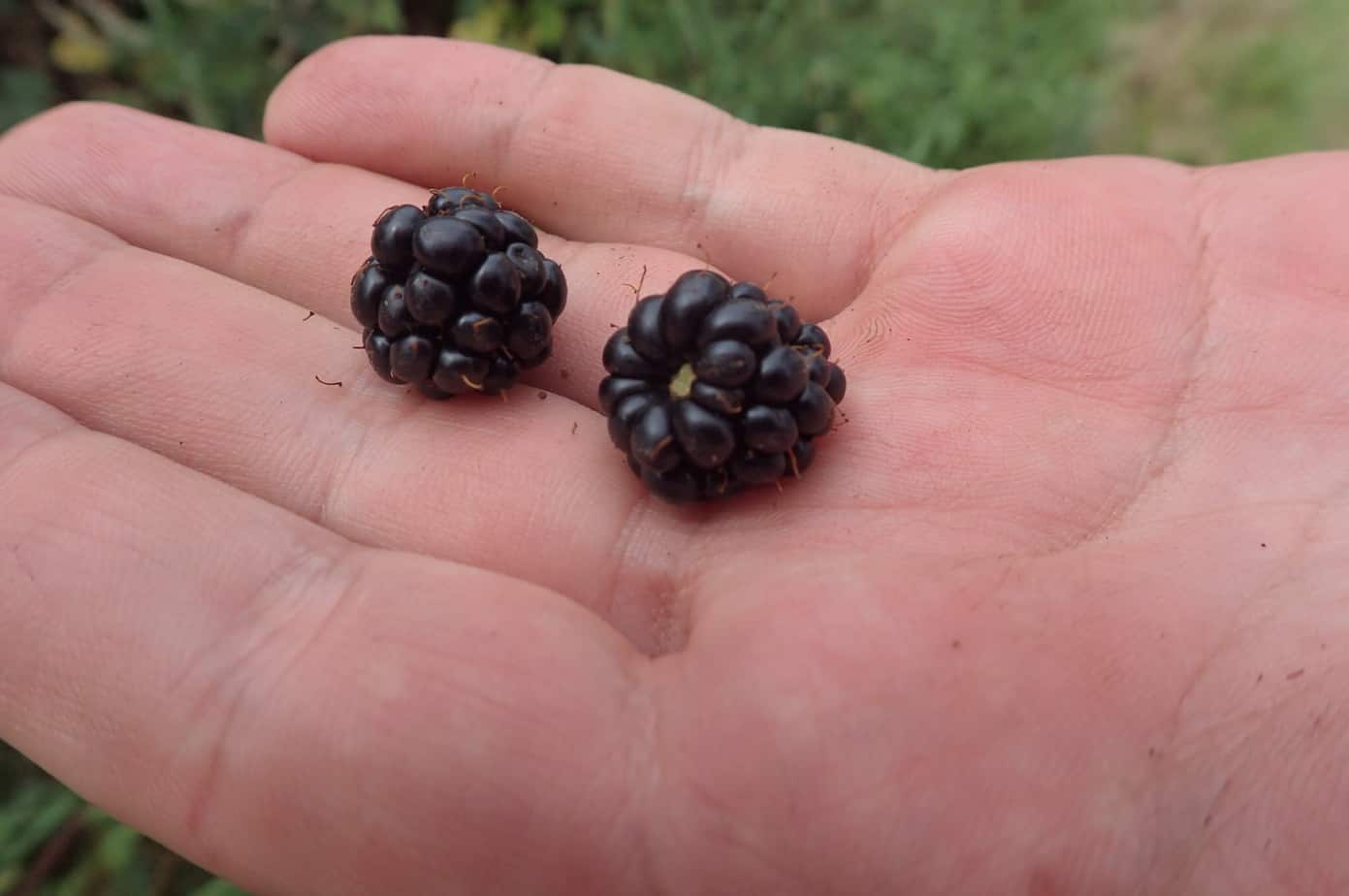 For lunch I grabbed a cheese and onion pasty from Greggs, crisps and OJ from Iceland and we sat by the canal In Hayes Town next to a group of 10 year olds who were swearing an insane amount and threatening to kill each other…how sweet!

A nice man called David, a volunteer chair of the local towns committee, kept us preoccupied for an hour telling us stories of how the place used to be back in his day. He also promised to sponsor us which was nice of him.

Sitting for an hour proved to be a mistake though because my legs had become really stiff. We had another 10 miles until our next stop, the Coy Carp pub, almost all of it on a never ending canal path. It was a serious slog, not helped by the fact that no one here seemed to smile or want to talk to us. On reflection, maybe it was us with the grumpy faces… 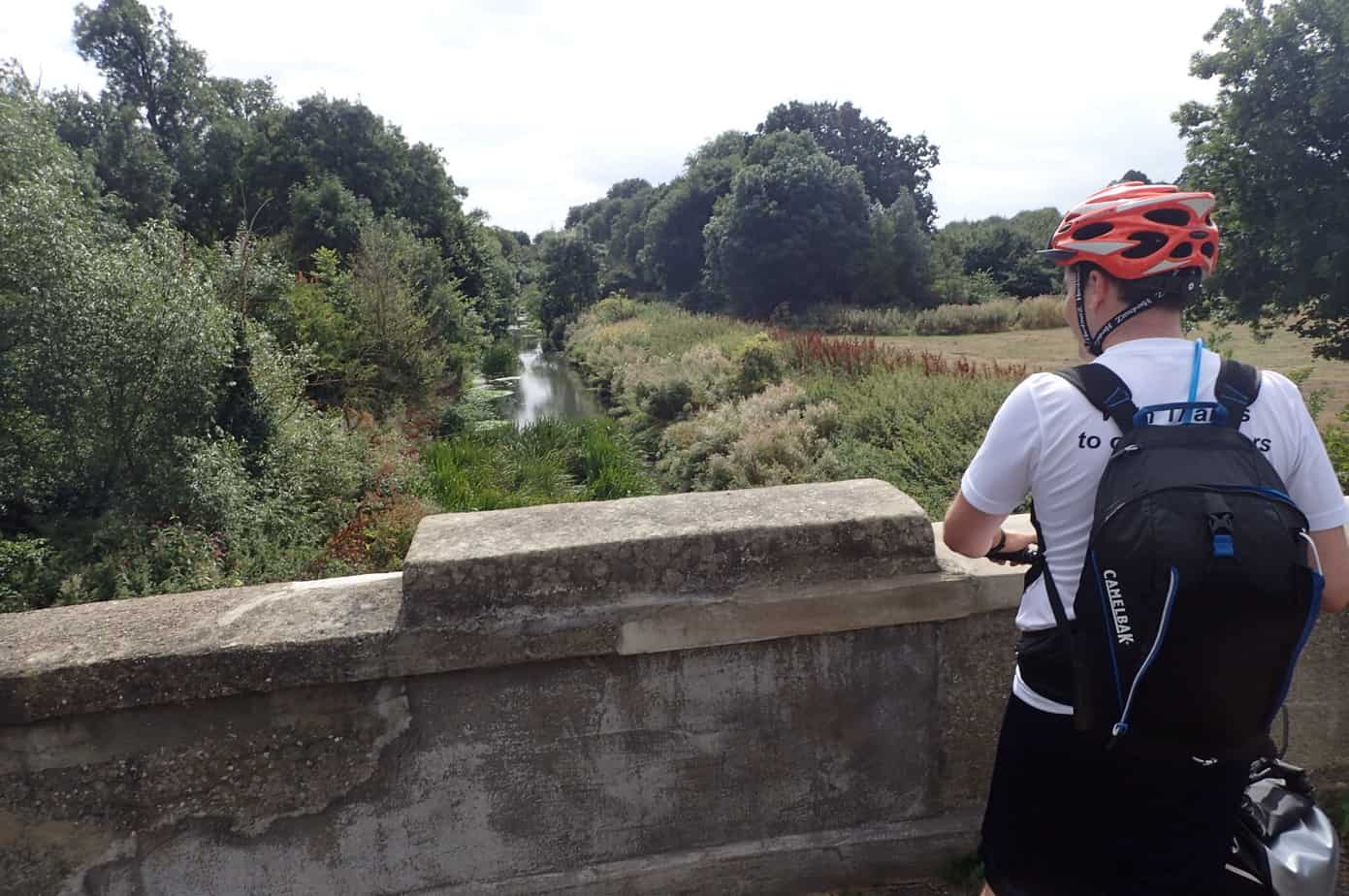 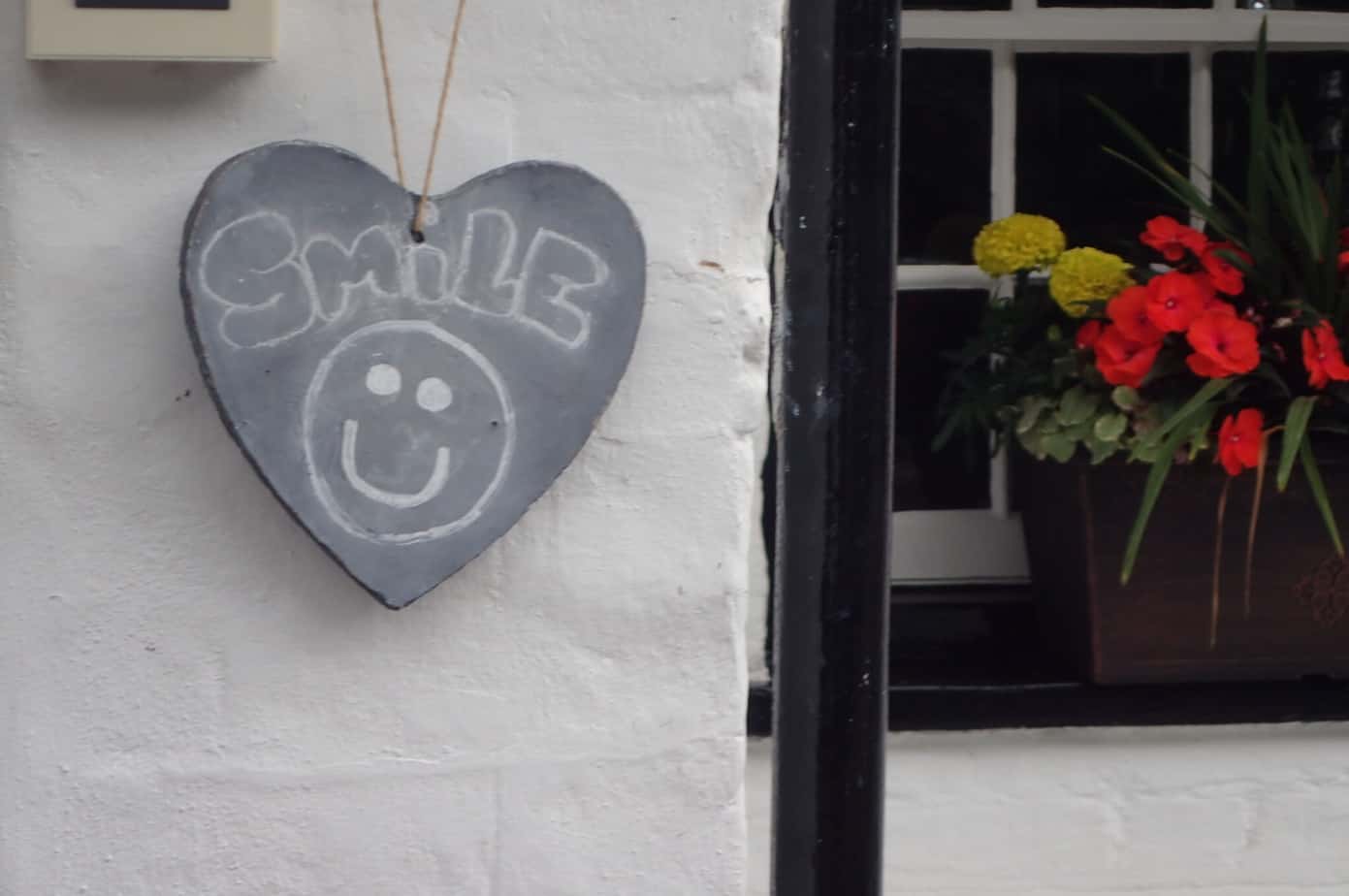 At last we made it to the Coy Carp who had kindly offered to feed and water us. We ordered a pizza and a seriously yummy veggie burger and we went halves. We decided to share a beer as after a pint I have no doubt either of us would get back on the scooters.

We’re still planning another 10 miles tonight (groan) and then will be looking for a wild camping spot around Moor Park. It’s always so good to stop and always so hard to get going again! 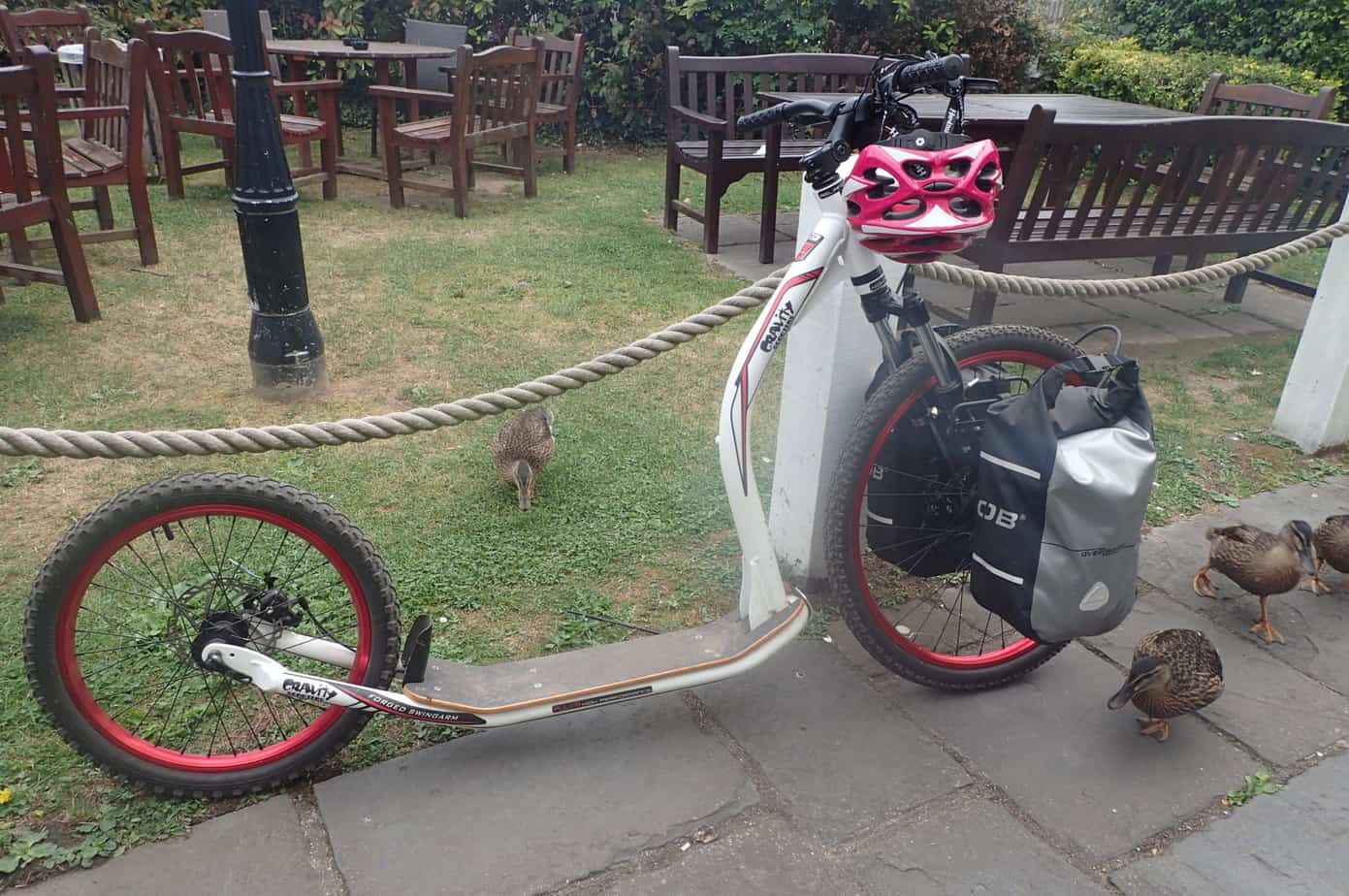 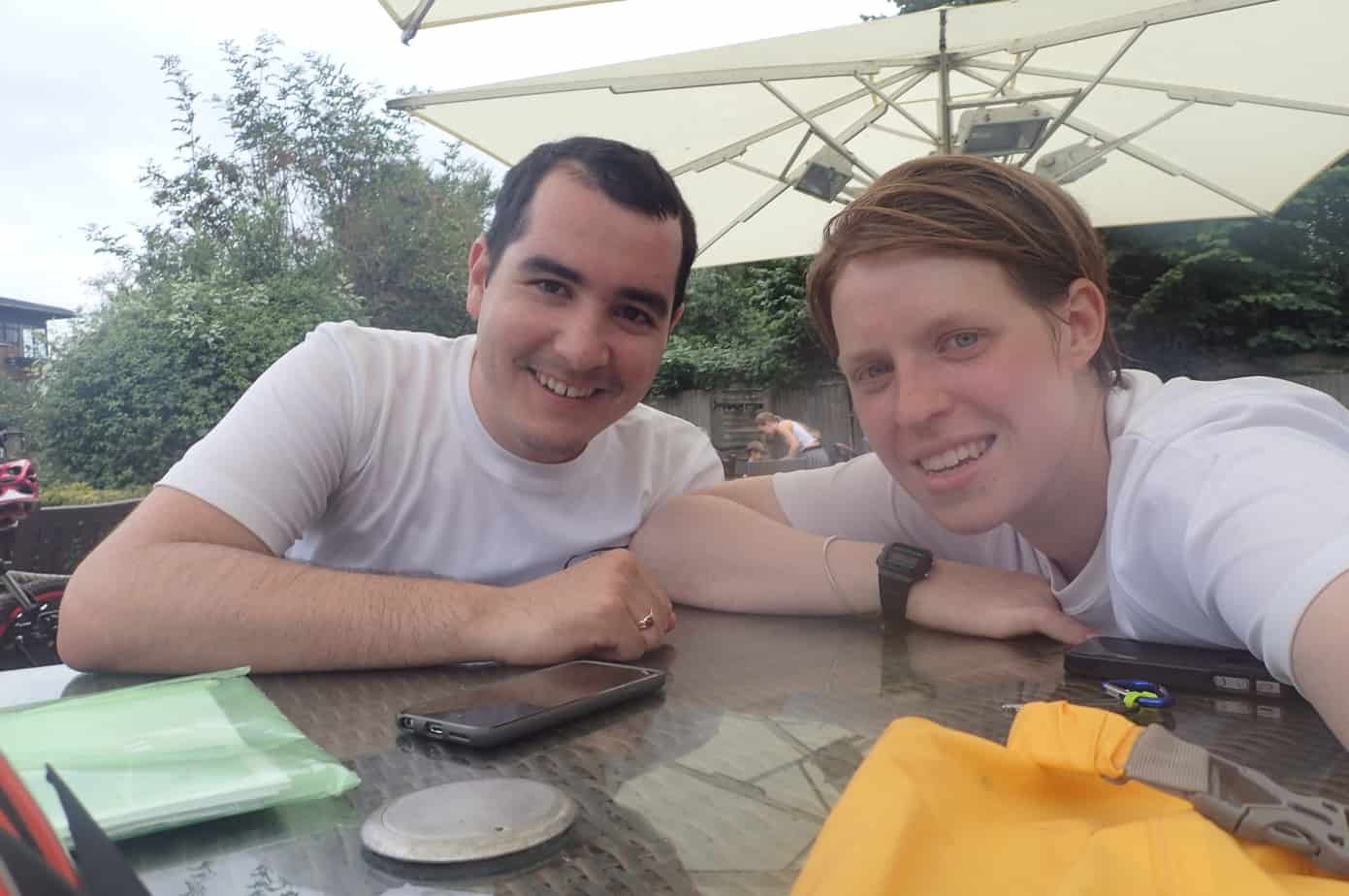 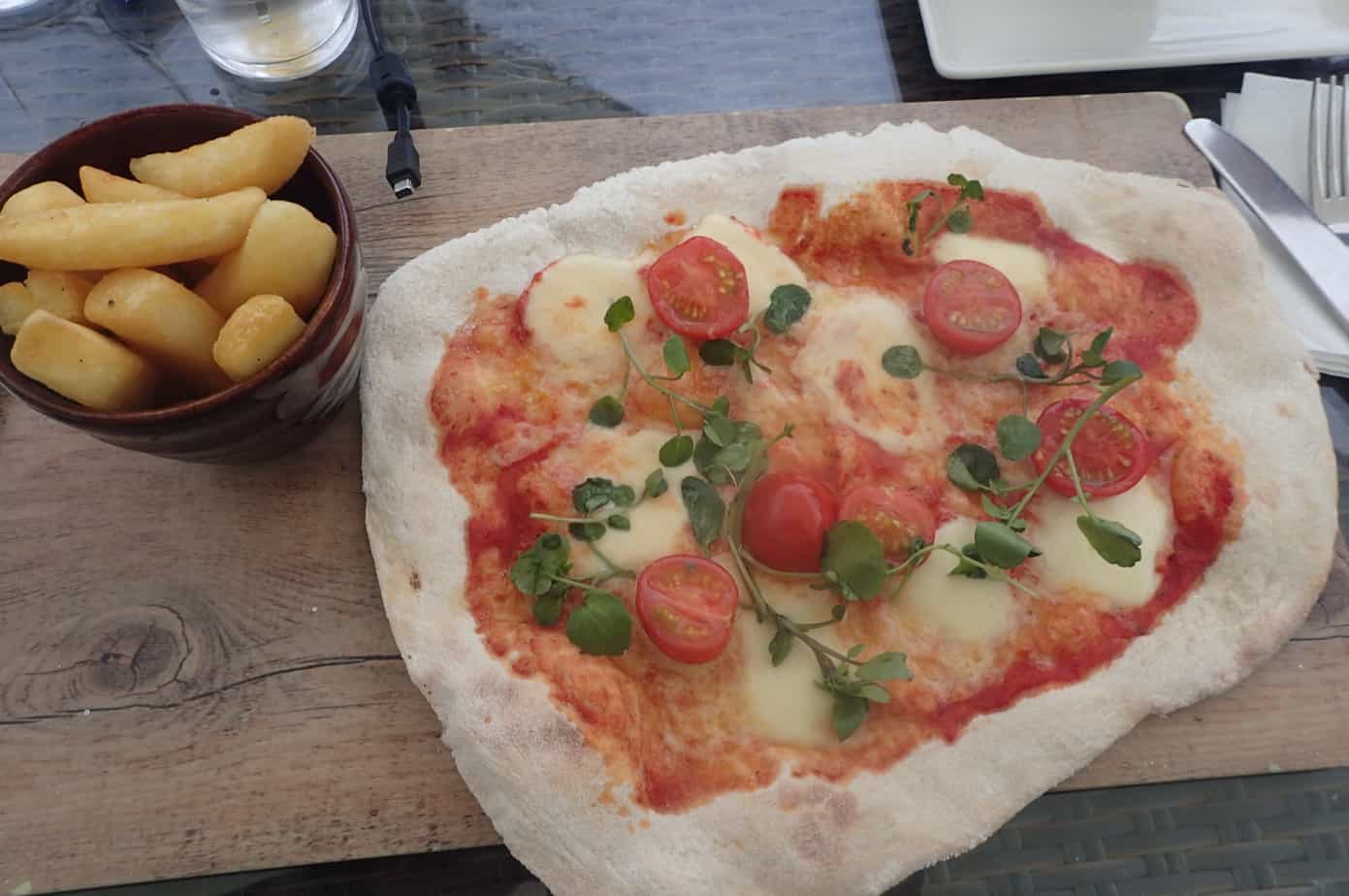 Keep following our Scoot the loop: Day 2, Day 3, Day 4 and we finished!